Lisa Nandy: Conservative ‘Levelling Up’ Promises have been ‘Outright Lie’

The third consecutive new Prime Minister without a mandate from the British public has arrived in Downing Street. Like her predecessors, it seems Liz Truss will attempt to survive on the fumes of past electoral successes for which she was not responsible.

The Conservatives’ 2019 General Election victory – that assembled the 80-seat majority now enjoyed by Truss – was powered by Brexit and its accompanying promise to ‘level up’ left-behind areas of the UK.

“Even before the pandemic began, the UK had and has a more unbalanced economy than almost all our immediate biggest competitors in Europe and more unbalanced than pretty much every major developed country”, Johnson said last year. “And when I say unbalanced, I mean that for too many people geography turns out to be destiny.”

Truss’ ability to govern – her popularity and future electoral prospects – will thus depend on the extent to which she can deliver on Johnson’s rhetoric.

According to Labour’s Shadow Levelling Up Secretary, Lisa Nandy, the Government has in no way delivered on its flagship policy. “The Tory promise to level up has been exposed as an outright lie,” she told Byline Times. “Since Boris Johnson became Prime Minister, regional inequality has got worse.”

Figures from the Office for National Statistics show that, in the year to June 2022, wages in London grew by almost double the national average – 14% compared to 7.7%. The gap between the capital and the rest of the country is the formative economic divide in modern Britain, with output in London, measured in terms of gross value added per hour worked, being 30% above the England-wide average, and 55% above the poorest-performing region.

Entrenched inequalities do of course exist within the capital – London has the highest poverty rate of any region – and this growth in earnings is concentrated in the elite, professional occupations that are clustered in the south-east.

As Sascha Lavin has reported in these pages, in the three months leading to May 2022, the very highest earners – those in the top 99th percentile – were the only group to see their pay packets expand above inflation. Since the start of the pandemic, average pay in the finance sector, disproportionately concentrated in London, has increased by 31%.

“The most important metric [for a government], never mind life expectancy, never mind cancer outcomes, look at wage growth,” Johnson infamously said in October 2021. But this promise, it seems, is only being realised for the super-rich.

But what can we expect from the new Prime Minister?

Neither the substance of Truss’ past remarks nor her ideological underpinnings signal much sympathy for levelling up.

“Now we have Liz Truss,” Nandy said, “who thinks nurses and teachers are worth less in the north than the south and who said British workers need to show ‘more graft’.”

During her leadership campaign, Truss floated the policy of public sector wage restraint in areas where living costs are lower, before swiftly U-turning. This was not simply accidental regional bias, however, with leaked remarks later showing how Truss had accused workers outside London of lacking work ethic – blaming lower productivity outside London on the indolence of employees.

She has also repeatedly – and falsely, according to her fellow alumni – suggested that her old comprehensive school in Leeds “let down” its students. Unlike Johnson, who seems to believe that regional inequalities are the result of structural economic flaws, Truss ascribes economic failures to the behaviour of individuals.

The End of Boris Johnson‘Legacy – What Legacy?’ 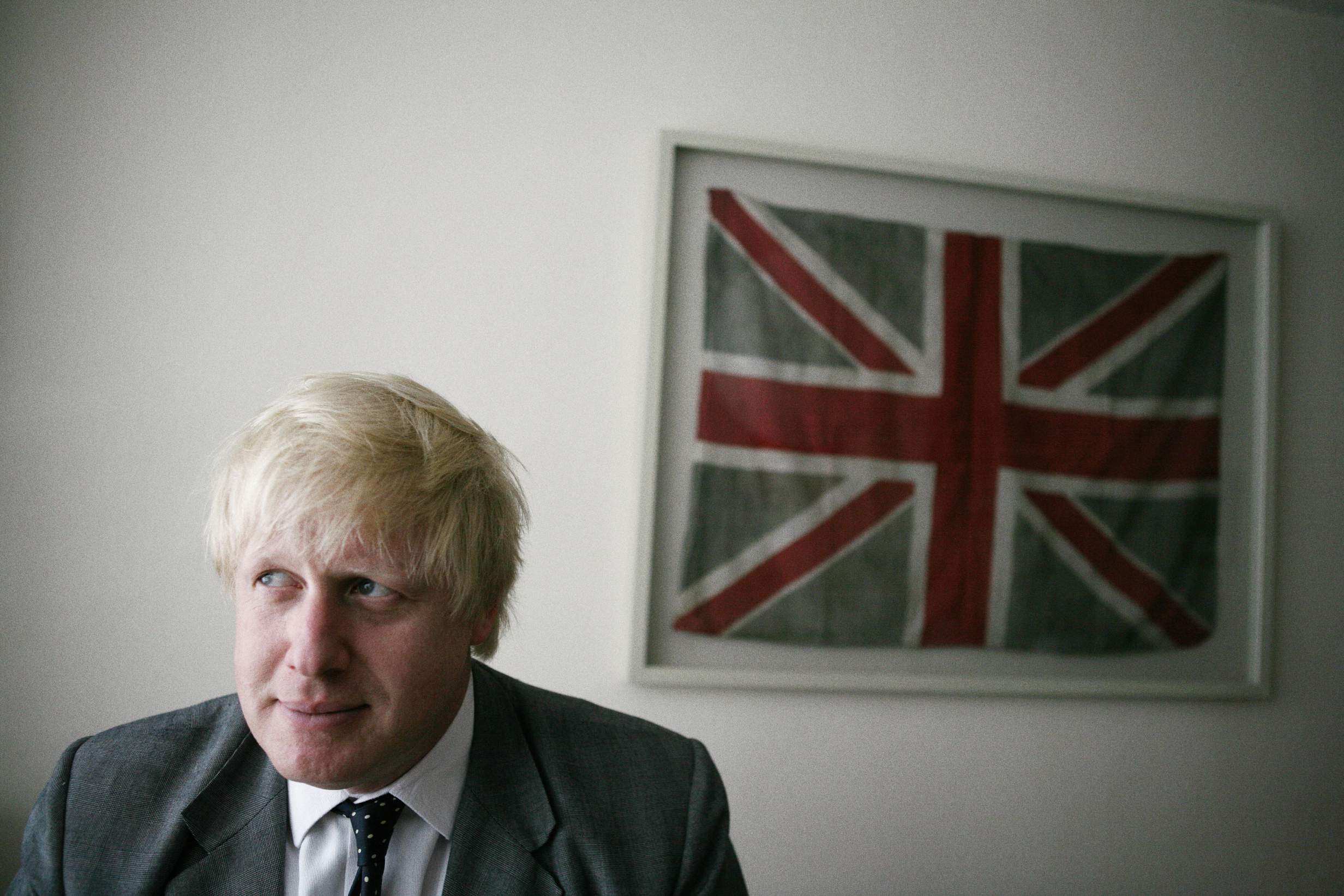 And yet, Truss has an opportunity to succeed – if only because she is starting from a low base. For all of Johnson’s rhetoric, his Government did relatively little to substantiate his bold claims.

New statistics show that only £100 million of the Government’s ‘levelling up fund’ – invested in infrastructure projects across the country – was spent in its first year, versus the £4.8 billion pledged by the scheme. The Centre for Cities has estimated that it will take £2 trillion to level up left-behind areas (the amount invested by Germany during the reunification period), and although this is only one of several regional rebalancing initiatives, the levelling up fund constitutes a fraction of the required total.

To this effect, the Northern Powerhouse Partnership has estimated that Johnson was planning on spending less on English regional development than his two immediate predecessors, Theresa May and David Cameron, despite his redistributive bluster. Since 2019, the north has received less Government spending per person on average than the rest of England, according to the IPPR, while the north’s funding has grown at a lower rate than the national average.

“Despite being elected on a promise to level up the country, the Johnson Government barely got going,” Jonathan Webb, senior research fellow at IPPR North, said. “The economic challenges we now face means that levelling up is now more important than ever before. That’s why Liz Truss should use her first days in office to reaffirm her commitment to levelling up.”

Brexit also hindered the Johnson Government’s levelling up ambitions, even though it was so intimately linked to the project.

The Government’s Shared Prosperity Fund, intended to replace EU funding for deprived areas, will hand out £2.6 billion over the next three years, falling significantly short of the £1.5 billion per year the UK previously received from the EU. The 2019 Conservative manifesto promised “at a minimum” to match EU funding post-Brexit.

With Conservative MPs and ministers desperate to grab a slice of the pie for their constituents, these pots of money have also repeatedly been shovelled to better-off areas. Of the total allocations in the first two rounds of ‘Towns Fund’ money across England, 80 out of the 101 places due to receive a combined £3.6 billion are represented by Conservative MPs.

An explanation for this can be found in former Chancellor Rishi Sunak boasting that he “managed to start changing the funding formulas” to ensure more public investment in leafy Tory constituencies. “We inherited a bunch of formulas from Labour that shoved all the funding into deprived urban areas and that needed to be undone,” he said. “I started the work of undoing that.”

A Mission ‘In Retreat’

“Liz Truss now has an opportunity to reset the narrative,” Greater Manchester Mayor Andy Burnham told Byline Times. “If her Government does the right things and invests in public transport, reverses the deregulation and privatisation of essential infrastructure, and gets on with a programme of retrofitting homes, it can help people face these challenges right now and build long-term resilience for the future.”

Based on past form, however, these sort of interventionist policies seem unlikely. During her leadership campaign, Truss pledged to level up the UK “in a Conservative way” – implying that her predecessor did not follow what she considers to be foundational right-wing economic principles.

The Truss agenda, in essence, is the ‘trickle-down’ economics favoured by neoliberals during the 1980s – whereby growth is prioritised, even if the gap between rich and poor widens, as ‘a rising tide lifts all boats’.

It can therefore be assumed that this leniency to inequality applies to regional imbalances, in the same way that it does to wealth. As Torsten Bell of the Resolution Foundation notes, Truss “doesn’t think people staying where they were born is the top priority and says it’s a problem [that] workers don’t change jobs/place often enough”.

In other words, the new Prime Minister believes that, if your local area is struggling, you should buy a map and move somewhere with more opportunities, rather than waiting for the Government to intervene. Her approach echoes the infamous words of Norman Tebbit, a Cabinet minister during the Thatcher years, who said: “I grew up in the 30s with our unemployed father. He did not riot, he got on his bike and looked for work.”

In the past, this theory has suffered a harsh meeting with reality. The Thatcher era spurred economic growth in the metropolitan fiefdoms of the new service-led economy – gutting industrial areas in the process. In the space of just six years, from 1984 to 1990, the GDP of London soared from £38 billion to £71 billion, while household income in the north lagged behind the capital by 25% by the end of the decade.

Restricting Government support for Britain’s declining industries and resisting the urge to incubate new forms of skilled employment in these areas, unemployment sat above 10% for six of Thatcher’s 11 years in office. Workers generally didn’t move to new places to find work – they just dropped off the labour market.

Former industrial heartlands were collateral damage in Thatcher’s ‘survival of the fittest’ economy – stoking regional resentments that were unleashed during the 2016 EU Referendum, which the Brexit project ostensibly pledged to remedy. 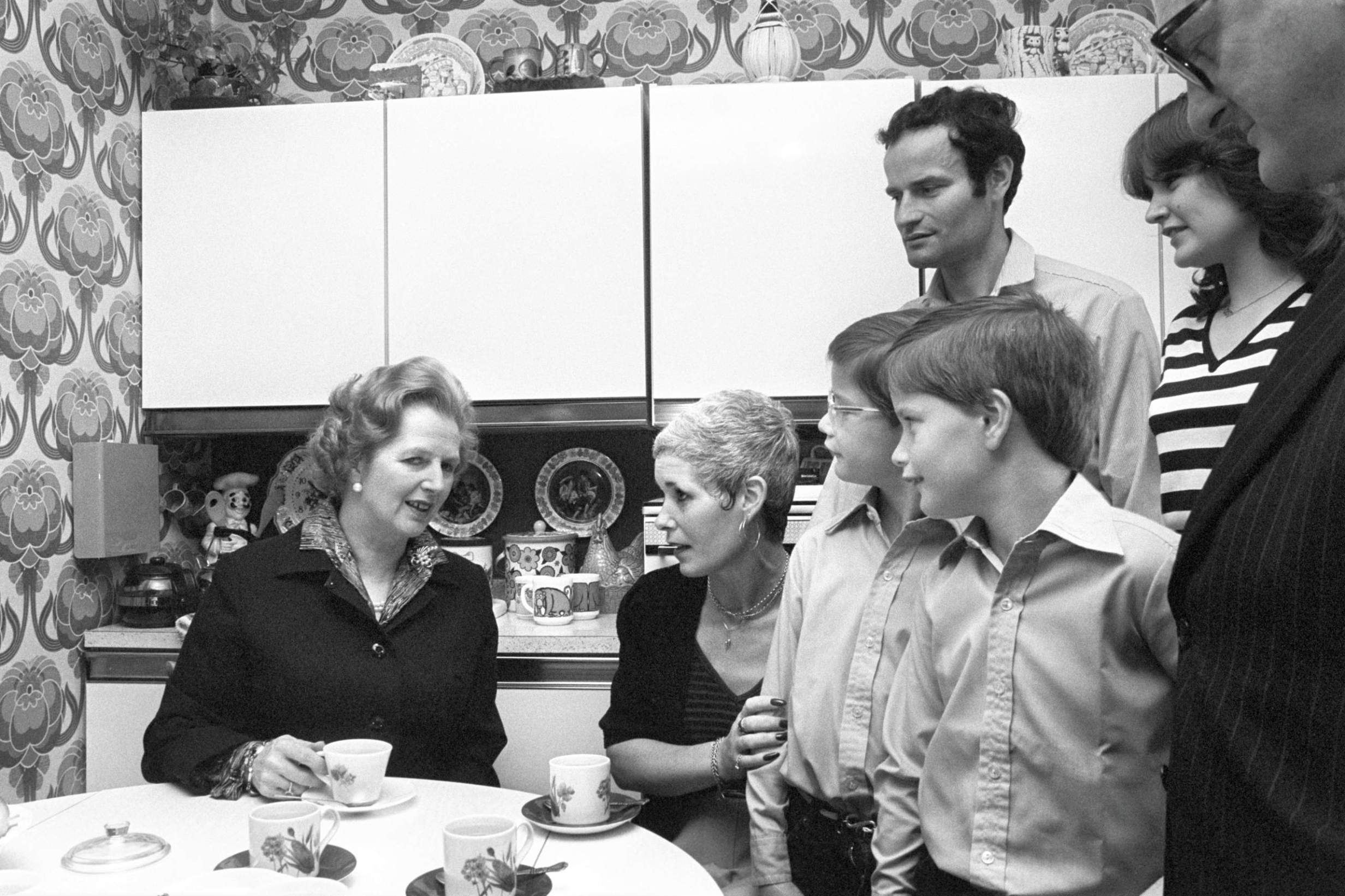 Truss’ policies also seem to be on a collision course with economic reality. There is a consensus between pretty much all major economic institutions worldwide – even those sympathetic to Thatcher’s neoliberal philosophies, such as the IMF – that growth is actively hindered by excessive inequalities.

“If the UK had the average income and inequality levels of Australia/Canada/France/Germany/Netherlands,” Bell says, “typical household incomes would be a third higher – that’s a massive £8,800 per household. Economic failure has a high price.”

Theoretically, geographic mobility – in the way described by Tebbit and supported by Truss – boosts productivity by allowing high-skilled workers to fill jobs that match their skills. If a computer coder from Doncaster could get a job in London at a leading tech firm, but instead works at his local Currys (no offence to Currys), he is not delivering his maximum potential economic output.

However, the hyper-concentration of the British economy in London has created a similarly hyper-inflated housing market, hindering the movement of skilled workers into the capital and therefore jeopardising productivity growth.

“When housing is scarce in high-productivity areas, some people are priced out of the area altogether, so they can’t move within range of better jobs,” write Sam Bowman, John Myers and Ben Southwood in Works in Progress. “This means that many people are working in less productive jobs than they could if it was easier for them to move to more productive places.”

Truss’ apparent willingness to allow our already bloated capital to swell further, in order to boost economic output, may have precisely the opposite effect.

Levelling up is still valued by voters, according to Nandy, “who voted for change and who need and deserve to see it delivered”. However, as Burnham observes in my book, the mission is “in retreat from where Johnson was a couple of years ago. The question is how far in retreat”.

Sam Bright is the author of ‘Fortress London: Why We Need to Save the Country from its Capital’