“Since they can’t win the game by the rules, what the American radical-right has done is to change the rules and fire the referees.”

So says Anne Nelson, author of Shadow Network: Media Money and the Secret Hub of the Radical Right. Her book examines the role of the Council of National Policy (CNP) in US politics. This highly secretive organisation brings together religious and radical-right groups, their funders, business leaders, and Republican politicians and staffers – including those linked to Trump’s Presidency.

When the membership of the CNP was leaked by the civil-rights organisation Southern Poverty Law Centre, it was revealed that members included Ted Cruz’s Chief of Staff Paul S. Teller, as well as Trump’s former Chief Strategist Steve Bannon, his former adviser Kellyanne Conway, and his former education secretary Betsy DeVos – along with her husband, brother and parents.

For a long time, the CNP and its radical-right affiliates have been winning national elections by stirring up a culture war on issues around abortion and LGBTIQ rights.

However, Nelson believes that this strategy is starting to shift, telling Byline Times that  “Americans happen to be increasingly tolerant of their LGBT fellow citizens, and they are moving forward in terms of issues around race and gender.”

Instead, she argues, “what you have now is a nationwide effort across dozens of states involving voter suppression bills that are being advanced in state legislatures, and they’re being promoted by several groups run by the Council for National Policy.”

All of this poses a grave threat to American democracy, which cannot survive without free and fair elections.

“Everybody should be entirely focused on the midterms next year,” Nelson explained. “That means, they have to look at specific races in specific states and districts.”

Formed in 1981 in the first year of the Reagan administration, the Council for National Policy was made up of fundamentalist groups pushing back against integration and human rights for women and LGBTIQ people, and businessmen promoting fossil fuel interests and pushing back against environmental regulations, and other wealthy elites trying to remain as untaxed as possible.

“Step by step over the last 40 years, they’ve carried out a strategy to achieve power,” Nelson told Byline Times. “And they’re in an endgame this year.”

That endgame, she believes, is to bring in voter suppression laws that give the Republicans an electoral advantage so the right can then rip up climate protections, economic redistribution and allow fossil fuel giants to “dominate the earth.”

Nelson described how “there’s a whole series of conferences that are under way now in Florida, Michigan, Wisconsin, Pennsylvania, and Texas, which serve as the next generation of the Trump rallies. Their rosters of speakers bring together the medical misinformation people, the military veteran groups, and pastors – all trying to pull together people in these critical states.” 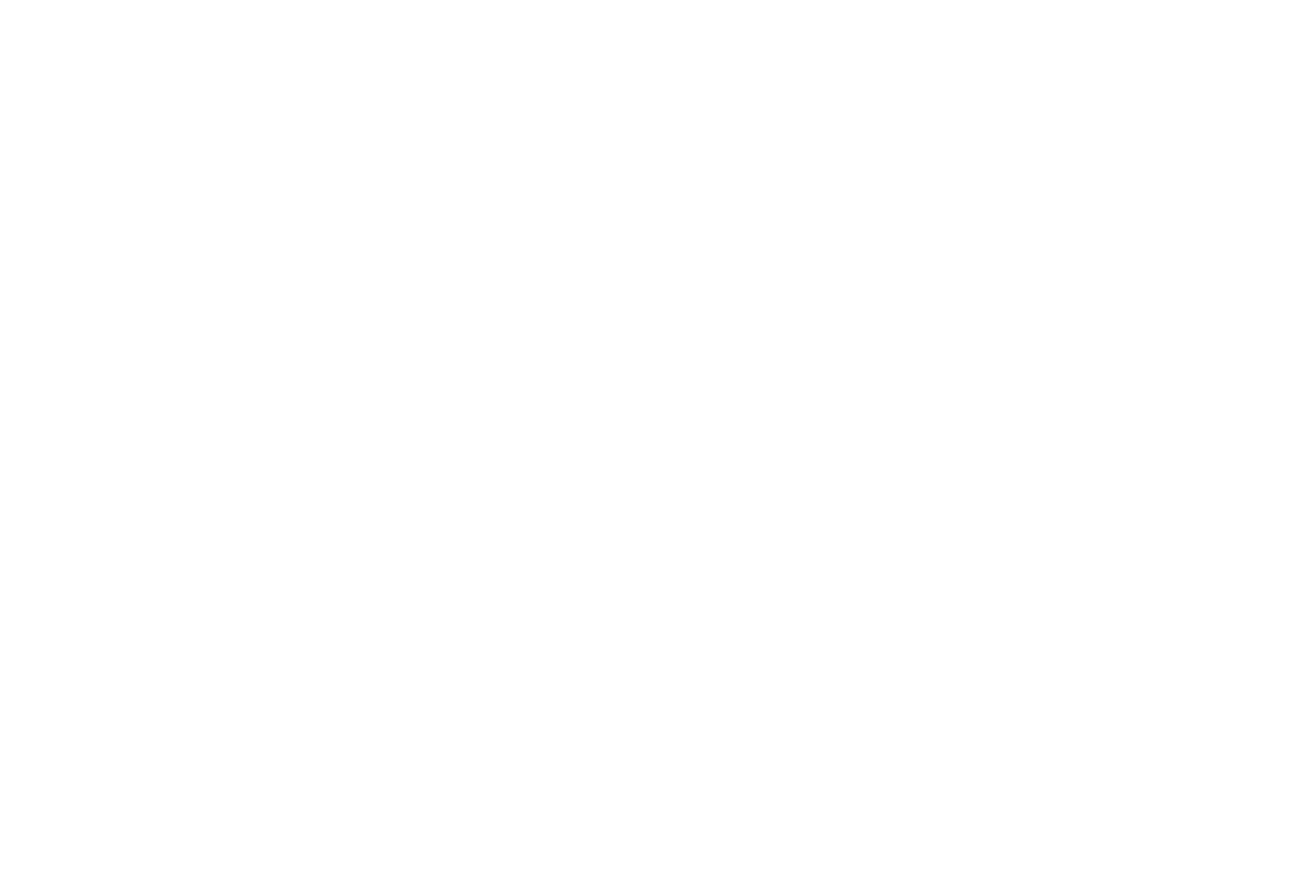 These conferences are organised by CNP-affiliated groups, and other CNP-backed organisations are hosting “so-called leadership workshops, where they are training people at a county level in their digital campaign technologies,” said Nelson.

Through these conferences and workshops, the Republicans are gearing up to target 47 Democrat seats in Congress, as well as others in the Senate, in key battleground states. The aim is to win big, and “devastate the Biden administration”, Nelson said, especially on climate and economic policy.

“That means everything that Biden is trying to advance regarding climate, and the economy, and public health, grinds to a halt,” Nelson said. “And then they go for broke, promoting voter suppression laws and other measures on a national level that will guarantee their victory in 2024 and in the foreseeable future.”

Threat to the Mid-terms

Nelson’s book explores how the death of local journalism in the USA led to the growth of right-wing broadcasters parroting scripts generated by the CNP affiliates.

But the voices booming out of car radios are the tip of the iceberg of a “seamless operation.”

“You’ve got the strategists crafting the message, the donors paying for it, and media platforms distributing it, all singing in harmony,” Nelson said.

Beyond the broadcasts, she adds, “you’ve got the ground game. This involves millions of members of organisations such as the NRA and the Susan B. Anthony List, who do the door-knocking for political campaigns, distributing the message based on the data that’s been harvested from churches and the conferences. The Democrats have nothing remotely similar.”

Nelson argues that legislators who are CNP members or supporters are “going from state to state pushing voter suppression  bills through Republican legislatures. These raise the barrier to voting for likely democratic voters. And guess what? An awful lot of them are African-Americans. But these bills also limit local election officials, both Democrat and Republican, such as Brad Raffensburger in Georgia, from doing their jobs in certifying the elections on a state level.”

A recent report by the Brennan Center for Justice, a nonpartisan law and policy institute, documents how election officials have been under unprecedented attack. Some have received death threats, and multiple states even censured and replaced election officials for telling the truth about the accuracy of the 2020 Presidential Election. Legislators have introduced bills that would impose criminal penalties on election officials for essentially doing their jobs, and most alarming are the state legislatures that have taken steps to strip officials of the power to certify elections.

Taken as a whole, if enough of these voter suppression and election meddling measures progress, Nelson said, they could affect next year’s midterms and assign the deciding votes into the Republican legislatures, which account for 30 out of the 49 state bodies. This would consolidate power over election processes – which are supposed to be free of partisan interference – into GOP hands.

When you look at the membership of the CNP it is clear what their goals are: deregulation, low to zero taxes, no state and disaster capitalism.

To achieve that, it needs to fill the Government with allies who share these aims. Biden is posing a threat through his pro-climate, pro-redistribution and anti-racism policies – but if the CNP can use the midterms to fill the House with its supporters, then it can help its membership prevent any progressive change.

“If you look at every area of environmental regulations – whether it’s about safe air, safe water, climate, or occupational health and safety – this movement has been working for decades to undermine public health on all of these fronts,” she said. “My conclusion is that it’s all about oil industry profits. There’s a whole array of fossil fuel companies involved. Let’s say they win, and the planet becomes a desert over the lifetimes of their children and grandchildren. It’s hard for me to grasp what pleasure they would take in that.”

She said one theory hearkens to a core of religious doctrine.

The Christofascism of QAnon

“There’s a deep philosophical element to this that goes back to the Dominionist strain of fundamentalist thinking,” she said. “These are people who cite the verse in the bible that says, ‘Let [man] have dominion over every living thing that moves upon the earth.”  That can translate into a desire to dominate the entire earth – including us.”

She said it is critical to push through regulations aimed to stop the flood of lies.

“This will keep going on until either you get a regulatory environment that protects people from dangerous misinformation or they have a total triumph, and that’s all we have,” she said.

Nelson told Byline Times next year will be the defining period. “If the Republicans get Congress in the midterms, they will capture our legal procedures,” she said. “They will have the powers that they need on the courts; they will block Biden’s nominations; and they will remake the courts more and more in their image. And these are the people who will define our future and that of our children.

“So my question to Americans: are you looking at the states with the contested elections, the tight races where their surrogates, many of whom are supported by QAnon, and promoted by QAnon media? Are you trying to safeguard our democracy? Not to push the country to the left, but to maintain a civil centre where we can have an actual functional democracy.”

She said her studies of fascism revealed how we must take the dangers of a democratic overthrow with grave seriousness.

“There was never a day when the majority of Germans woke up and voted for Hitler,” said Nelson. “It didn’t happen. The fault lines in their system were manipulated and exploited by bad actors. And then they ended up with a dictatorship. And I don’t want to see that happen here.”

She said she understands battle fatigue, but that history offers a path to purpose.

“In my previous two books I wrote about the German and the French Resistance, people who were working at the darkest hour of the darkest year, 1941, when there was no imaginable path to victory on the horizon.  They still hurled themselves into their mission. Are Americans going to surrender our democracy a year in advance of the critical election? Surely not.”

The CNP did not respond to Byline Times’ request for comment. Despite the organisation’s reach, its secretive nature means its leaders rarely make headlines bearing their CNP titles.

“One of the problems with a lot of the reporting is they’re not connecting these different components,” said Nelson. “So you can look at 6 January, and say, ‘Alright, there were these people who got together and rampaged around the Capitol, and a lot of them have been arrested.’ If you look at who’s been arrested, these were not the intellectual authors of the event. The people who planned and benefited from the event are walking around scot-free, organising more conferences to derail the midterms next year. That’s what’s happening.”

‘What is he Doing for his Wage?’: Lord Philip Hammond’s Revolving Door Continues

Stephen Delahunty, 27 July 2021
ust two years after leaving office, the former Chancellor and life peer is now free to lobby the Government on behalf of businesses registered in tax havens and set up by Conservative peers

Felice Southwell, 26 July 2021
Proposed changes to the Official Secrets Act by the Home Office would see investigative journalists threatened with up to 14 years in prison for ‘unauthorised disclosures’