American activist Brian Brown gave a speech about his ‘hope and optimism’ that US conservatives will join him in supporting Levan Vasadze’s anti-rights agenda in Georgia, reports Sian Norris

The US Christian-right activist Brian Brown spoke in Tbilisi, Georgia, this week to lend his support to the ultra-nationalist Levan Vasadze – a Georgian businessman-turned-politician who has actively participated in anti-LGBTIQ activism and announced his entry into politics in May.

Brown is the president of the US National Organisation for Marriage, as well as the Howard Centre for Family, Religion and Society and the World Congress of Families – an annual networking event for anti-gender activists and political leaders. He is on the board of CitizenGO, a petition platform that rails against “homosexual activist tyranny”, and founder of the conservative rallying platform ActRight.

During a live press conference to support the launch of Vasadze’s ‘Unity, Identity, Hope Movement’, Brown expressed his support for his “dear friend” and warned Georgia against LGBTIQ activism which he claims will “undermine your freedom”, “undermine your church” and “will undermine your country”.

The event took place in advance of Tbilisi’s Pride March For Dignity, due to take place on 5 July. Anti-LGBTIQ forces plan to disrupt the celebrations and Vasadze has demanded that the Government cancel the march to “prevent destabilisation”.

In what can only be interpreted as an implicit threat, Vasadze said that people will arrive to prevent the “anti-Christian and anti-Georgian” activity. Georgia’s ruling party has also called for the march to be cancelled.

Brown’s support for Vasadze has raised concerns about US religious-right interference in LGBTIQ rights in Europe. His presence in Georgia, a former Soviet state, is an example of how the US religious-right seeks to spread its anti-gender agenda in the region by working with nationalist and anti-gender politicians and leaders who want to roll-back progress on LGBTIQ and women’s rights.

In his speech, Brown condemned “liberals” – including the billionaire philanthropist George Soros – who he accused of increasingly trying “to use their power and money and wealth to tell countries around the world that they must do what liberalism says they must do”.

His comments ignore how the US far-right and Christian-right have spent $81.3 million on anti-gender causes in Europe between 2009 and 2018. Indeed, Brown’s presence in Georgia is itself an example of outside forces telling Europeans how to behave.

In his intervention, Brown promised to rally support for Vasadze in America, saying that he was “hopeful and optimistic” that he could arrange meetings for him with the right-wing ideologue and Donald Trump’s former campaign manager Steve Bannon – and “potentially President Trump himself”. Bannon is no stranger to promoting anti-gender activism in Europe, with his support for the Dignitatis Humanae Institute in Italy and his attempts to set up ‘The Movement’ to rally together Europe’s right-wing populist leaders.

Brown also used his speech to praise Hungary’s Prime Minister Viktor Orbán for his “pro-family policies”, saying that “without babies and without strong families, there is no future for a nation”.

From the US and Russia, With Love

Vasadze has a long-standing relationship with Brown, having organised the 2016 World Congress of Families in Tbilisi. Brown attended the event that year, along with British barrister Paul Diamond, who defended the anti-abortion Abort67 Group in 2012 after it displayed graphic imagery outside a reproductive health clinic in Brighton.

Vasadze also spoke at the 2019 Congress in Verona, where Italian far-right leader Matteo Salvini praised the anti-LGBTIQ, anti-abortion audience as “the Europe we would like to see”. Later that year, Brown tweeted his thanks to Vasadze for arranging the premiere of the anti-abortion film Unplanned.

Another attendee at the 2016 Tbilisi World Congress of Families was Russia’s representative Alexey Komov, who – along with Brown – sits on the board of CitizenGO.

Komov is a staff member of the St Basil The Great’s Foundation run by the Russian billionaire Konstantin Malofeev – known by US intelligence as Russian President Vladimir Putin’s “right arm for operations of political interference in Europe”. Malofeev funds a range of anti-gender causes and is linked to US far-right conspiracy theorist Alex Jones via Malofeev’s television channel Tsargard TV.

Editorial director of the channel is Alexander Dugin, another of Vasadze’s Russian connections. Dugin espouses a “Eurasianist” philosophy that advocates for Russian expansion and believes in creating a Euro-Asian empire of all Russian-speaking countries. He hosted a Eurasian conference in Moldova in 2017, attended by Levan Vasadze as well as Alexey Komov. 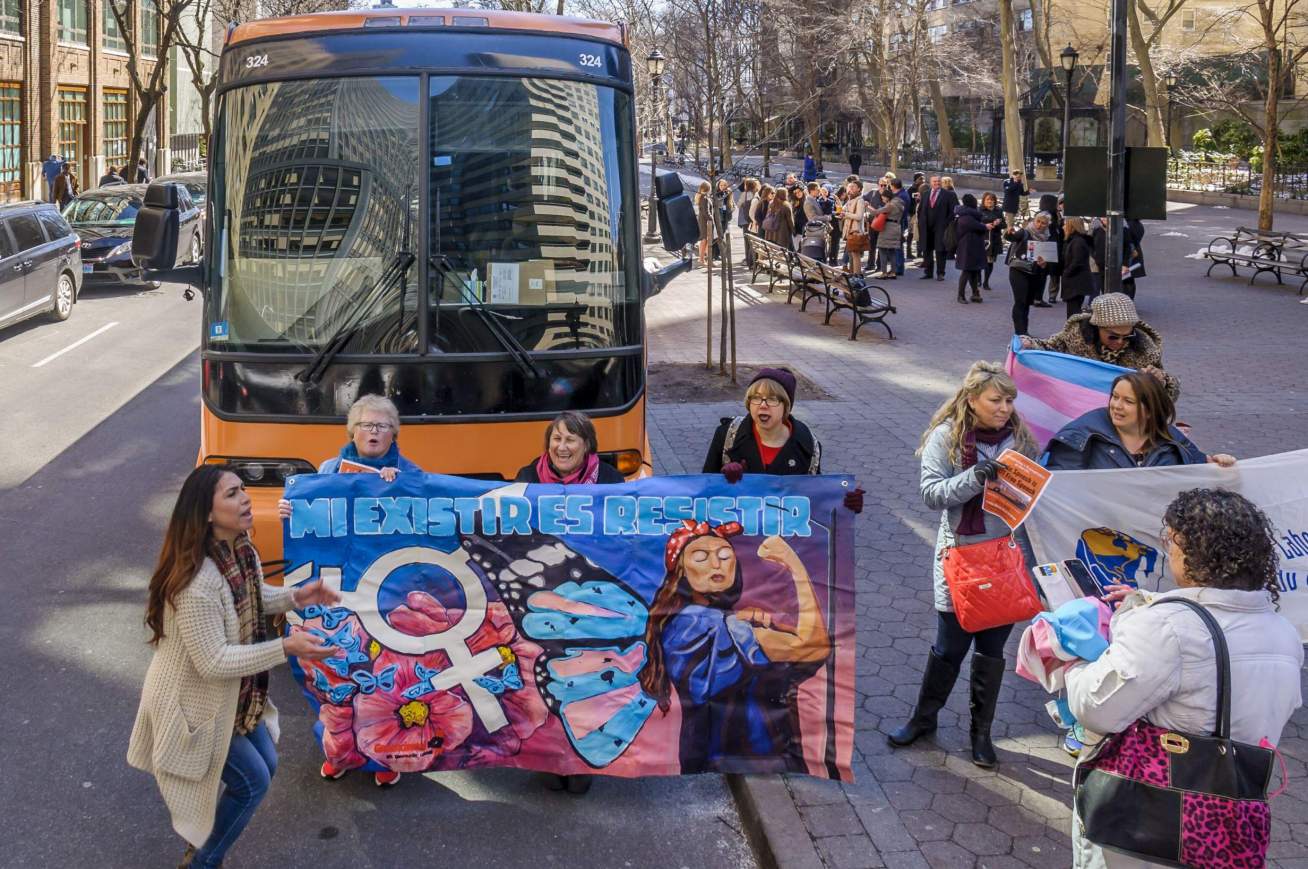 This is not the first time that Vasadze, who has a history of dressing up as knight, has tried to disrupt Georgia’s fragile LGBTIQ movement.

In 2019, he threatened Tbilisi’s first ever Pride march, branding attendees “propagandists of perversion”. He promised to “organise citizens’ brigades” that would include military veterans and athletes capable of “break[ing] through any police cordon” to confront them.

That same year, Vasadze protested against the release of Oscar-nominated Georgian film And Then We Danced, which tells a gay love story between two men training to be traditional folk dancers. Vasadze urged his supporters to “enter screening rooms in the six cinemas in Tbilisi and turn off the projectors”, while also vowing to “shove back police if need be”.

The Pride movement is not without political allies, despite the threats made against the march. In May, 15 political unions signed a document in support for LGBTIQ rights in Georgia.

In response to Vasadze’s latest attacks, the organisers of Pride said that “it is the Government to blame that Vasadze continues to make such homophobic statements”.