A report published by the European Parliamentary Forum for Sexual and Reproductive Rights reveals the extent of money being channelled to anti-abortion, anti-LGBTIQ initiatives

From 2009 to 2018, 54 organisations spent $702 million on anti-gender activity in Europe – with annual anti-gender spending in the region increasing by a factor of four in that time, new data has revealed.

The ‘Tip Of The Iceberg report’, authored by Neil Datta of the European Parliamentary Forum for Sexual and Reproductive Rights, found that US actors spent $81.3 million. Money from the Russian Federation accounted for $188.2 million, while $437.7 million of funding originated in Europe itself.

The report also reveals how ‘astroturf’ organisations, which claim to be funded by public donations, are in fact supported by billionaire backers.

The fourth-biggest spender was the ACLJ/ECLJ/SCLJ – spending $15.7 million between 2009 and 2018. The ACLJ channels $1.2 million annually to its European branch.

Both organisations engage in legal activism, seeking to achieve their anti-abortion, anti-LGBTIQ aims via litigation. Their shared strategy of “sexual and reproductive rights lawfare” means that they have been involved in 35 cases put before the European Court of Human Rights (ECHR) between 2009 and 2018.

Despite being designated as a hate group by the Southern Poverty Law Centre, ADF was recently cited in a UK Government white paper on freedom of speech in universities and has campaigned across UK campuses supporting anti-abortion students and societies. It also campaigns against the implementation of ‘buffer-zones’ around abortion clinics.

The Heritage Foundation spent $1 million in the period analysed. The radical-right think-tank is anti-abortion, anti-LGBTIQ and pro-Brexit, and has connections to Conservative MP Liam Fox who, in 2018, delivered the annual Margaret Thatcher Freedom lecture at the foundation in Washington. David Davis, Nigel Farage and Owen Paterson have given talks at the foundation. In 2018, Boris Johnson met representatives from the organisation.

Money coming into Europe from the US often originates in wealthy families such as the DeVos family, the Prince family, and the Koch Brothers.

Betsy DeVos was education secretary during Trump’s term as US President – a period in which progress on sexual harassment and LGBTIQ rights in schools was rolled-back. The family’s net worth is $5.4 billion and it has four charitable foundations that in turn funnelled $691 million into European anti-gender activism via the Acton Institute and Federalist Foundation.

She is also the daughter of billionaires Edgar and Elsa Prince Broekhuizen who established the Prince Foundation, which spent $49.8 million via the Acton Institute, the ADF, and the Mike Pence-linked Leadership Institute through its foundation. Betsy DeVos’s brother, Erik Prince, founded the security firm Blackwater Worldwide – in 2020 Trump pardoned four private security contractors working for Blackwater who were convicted of a massacre in Baghdad.

Datta’s research has traced $186.7 million of Russian oligarch funding into Europe’s anti-gender movements between 2009 and 2018, with a dip in spending post-2014 due to sanctions following the Crimea crisis.

The two main oligarchs cited are Konstantin Malofeev and Vladimir Yakunin, both connected to Russia’s Patriarchal Commission for the Family, the Protection of Motherhood and Childhood. They also have connections to the US-founded World Congress of Families (WCF), an annual networking event for anti-gender actors set up by Brian Brown.

Yakunin, who has been mooted as a possible successor to Putin, funds a series of organisations including the Istoki Endowment Fund, the Dialogue of Civilisations Rhodes Forum, the Sanctity of Motherhood, the St Andrews the First Called Foundation, and the Centre for National Glory.

Malofeev runs the Katehon Think Tank, the St Basil the Great Foundation, and Tsargrad TV. He is reputed to fund other socially-conservative Russian entities.

Both use their various entities to fund the US Christian right, far-right European parties, and anti-gender actors such as CitizenGO and the WCF. Malofeev’s man on the ground, Alexey Komov, is on the board of CitizenGO and Russia’s representative to the WCF.

Russian support has also gone to Italy’s far-right League Party. Following “a deal with the Russians, the League would receive at least €250,000 a month for a year, that is €3 million in all, and will use this money for the [2019] election campaign”. 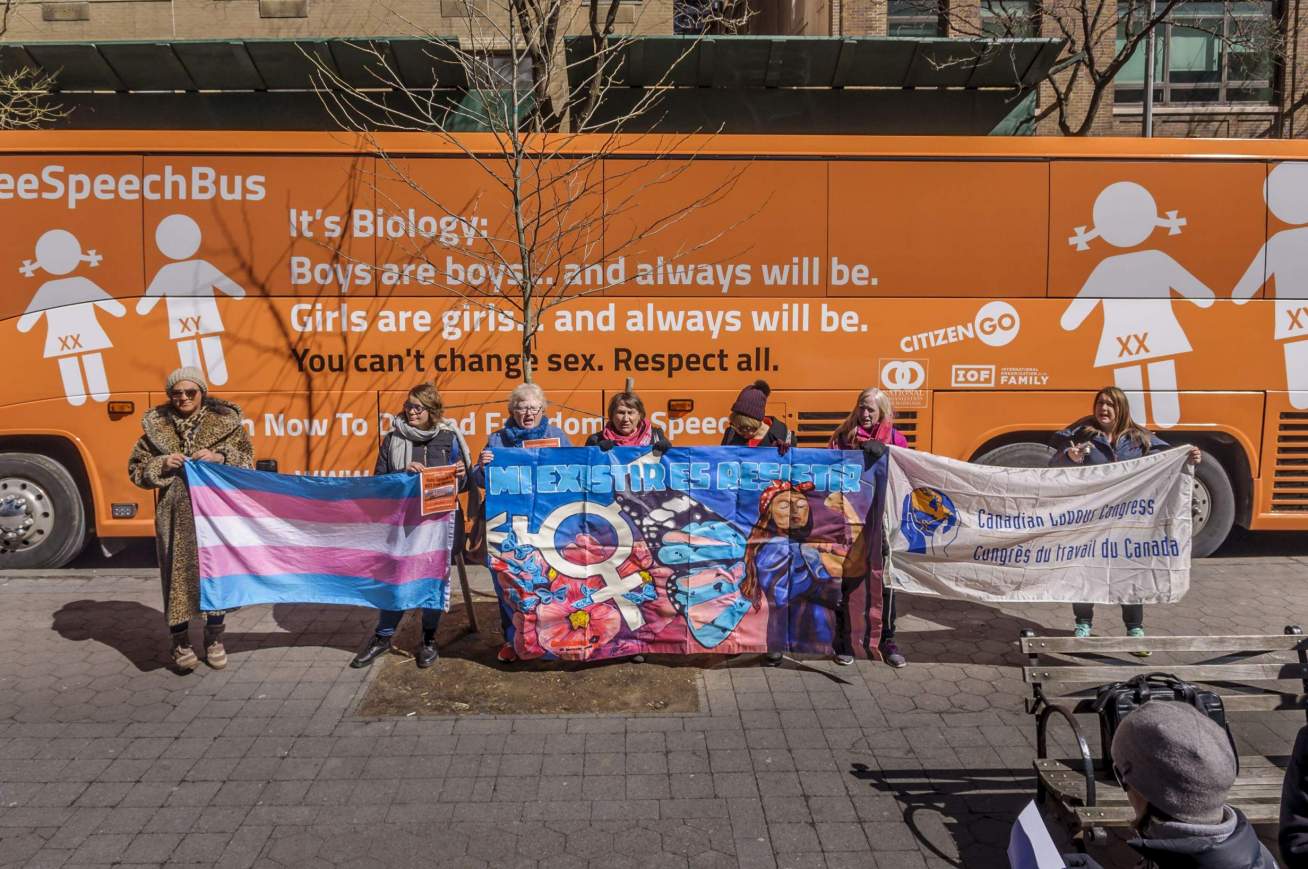 Who is Behind Spain’sAnti-Rights Movement?

A range of home-grown European foundations have spent millions of dollars on anti-gender action in the region, including France’s Fondation Jérôme Lejeune, the UK’s Hintze Family Foundation, Fondazione Novae Terrae in Italy, and Spain’s Fundacion Valores y Sociedad, according to Datta.

The latter, along with the Fundacio Provida de Catalunya and Italy’s Fondazione Vita Nova, set up the ‘One Of Us’ European citizens’ initiative that also involves CitizenGO, Fondation Jérôme Lejeune and dozens more anti-abortion groups across the region. The combined financial weight of One Of Us was $31.5 million between 2009 and 2018.

A key promoter of the One Of Us Foundation was Germany’s Foundation Yes To Life, set up by the late Countess of Westphalia. She is one of many examples of Europe’s old aristocracy using their ancestral wealth in an attempt to roll-back women’s and LGBTIQ people’s rights.

The German aristocratic Oldenburg dynasty are also prominent anti-gender actors. The Duchess of Oldenburg Beatrix Von Sturch is the deputy leader of far-right political party Alternative for Germany; and her cousin, the Duke of Oldenburg, is the EU representative of the Tradition, Family Property (TFP) organisation and heads up its umbrella group, the Pro Europa Christiana Federation.

The TFP network generated at least $113.4 million to spend on anti-LGBTIQ, anti-abortion actions across Europe between 2009 and 2018.

The Duke and Duchess of Hapbsurg are believed to have backed the shadowy Agenda Europe network, as is British Australian banker Sir Michael Hintze. The latter was knighted by former Prime Minister David Cameron and is a member of the Vatican Board.

Business leaders such as Hintze have a prominent role to play in the funding of anti-gender groups. Datta found that Axa Insurance’s Claude Bébéar and Count Henri de Castries had provided support to the homophobic French movement, Le Manif Pour Tous; while prosecco and shoemaker Mario Moretti Polegato, and dairy product mogul Roberto Brazzale, were among the corporate funders of WCF Verona.

The final significant funders of anti-gender movements are the Catholic and Protestant churches.