Who is Behind Spain’s Anti-Rights Movement?

In the first of a series, Sian Norris reports on the global network behind Spanish-founded anti-rights platform CitizenGO – friends with the far-right Vox Party

Spain’s People’s Party scored a resounding victory in Madrid’s snap-election, winning 65 seats of the 136-seat assembly. The total falls below the 69 seat threshold needed for a majority, meaning it must now rely on the far-right Vox Party to form a new Government.

The campaign of regional president Isabel Díaz Ayuso was marked by division and polarisation, declaring the 4 May election was a choice between “communism or liberty.”

In the run-up to the vote, Christian conservative organisation CitizenGO hosted a petition asking Ayuso and her People’s Party to “commit herself” to support an anti-LGBTIQ, anti-abortion agenda in order to secure the vote of CitizenGO supporters. The petition stated:

The petition reminds its readers that the far-right Vox candidate, Rocío Monasterio, “has promised in writing to defend what you believe. In fact, we hope that Rocío Monasterio will push Ayuso to do the right thing…. if Vox is strong in the Madrid Assembly, Ayuso will be braver and your values ​​will be better represented.”

But what is CitizenGO? What is its relationship to the Vox Party? And how are its international allies helping it spread an anti-rights ideology to democracies across the world?

CitizenGO is a “community of active citizens working together to defend and promote life, family and liberty” around the world, launching petitions that promote a conservative Christian agenda. Currently in the UK it is petitioning against shampoo brand Pantene for “promoting LGBT ideology” and against telemedicine abortion for women in early pregancy.

It was set up by Ignacio Arsuaga, founder of HazteOír – Victimas de la Ideología de Género (Make Yourself Heard – Victims of Gender Ideology). It was accused of being a “super-pac” for Spain’s far-right Vox Party in 2019 when Arsuaga told an undercover journalist how CitizenGO was “going to show bad things that have been said” by the leaders of other parties, for example “in favour of abortion or in favour of LGBT laws.”

“We’re never going to ask people to vote for Vox,” Arsuaga reportedly said. “But the campaign is going to help Vox indirectly.”

Beyond Arsuaga, the make-up of CitizenGO is a who’s who of the global anti-rights movement.

It includes CEO Álvaro Zulueta, a former risk manager at IBM and treasurer of HazteOír, whose wife’s connection with the Spanish Royal family places him at the heart of high society.

An executive from IBM was revealed to be a CitizenGO donor when hackers leaked 15,000 of the network’s documents. Zulueta was alleged to be a member of the Mexican religious sect El Yunque that’s purpose is to “combat the forces of the Revolution (the works of Satan) with all means available”and establish the “kingdom of God in Mexico.”

Alongside Zulueta is Luca Volontè, CEO of Italian anti-abortion and anti-LGBTIQ organisation Fondazione Novae Terrae and, until recently, the Chair of Catholic think-tank Dignitatis Humanae Institute. Volontè was formerly a member of the Parliamentary Assembly of the Council of Europe (PACE), putting him at the centre of European politics. He was recently sentenced to four years in prison for taking bribes from Azerbaijani politicians.

Then there’s the US connection, via Brian Brown. The well-known “family rights” activist is the founder of the World Congress of Families – a conference for anti-rights campaigners whose previous speakers include Hungary’s Prime Minister Viktor Orbán and Italian politician Matteo Salvini who called the Congress “the Europe we would like to see.”

Board member Alexey Komov is close to Salvini’s Lega Party and the Dignitatis Humanae Institute. He is the World Congress of Family Russian liaison.

Research by Neil Datta of the European Parliamentary Forum on Population and Development has identified Komov, Brown, Volontè and Arsuaga as being “personalities featuring in Agenda Europe.”

The secretive network brought together Vatican surrogates, politicians, and anti-rights actors from organisations such as ADF International and CitizenGO, as well as many more, to try and change or pre-emptively strike against laws supporting LGBTIQ and abortion rights throughout the 2010s.

For example, its member Ordo Iuris drafted a 2016 law completely banning abortion in Poland and campaigned for the recent ban on abortion in cases of fatal foetal defect, while the Coalition for the Family and In The Name Of The Family organised constitutional referenda to try and prevent equal marriage in Romania and Croatia respectively – successfully in the latter case.

CitizenGO and HazteOír developed the EU-wide One Of Us initiative, what Datta calls an “Agenda Europe activity” that sought to “greatly advance the protection of human life from conception in Europe”. It failed, but One Of US is cited by Agenda Europe in its leaked manifesto “as a model for similar petitions at a national level” for its secondary success in building “a momentum towards a European federational of pro-life organisations.”

Arsuaga claimed “One of Us was the beginning of a far-reaching lobby, which wants to exert influence in the European Union.”

The pair also petitioned against Spain’s liberalised abortion laws. Although the laws were not repealed, the campaign led to a legal change that means minors must get parental consent to have a termination. The change is an Agenda Europe aim, listed in its manifesto. According to researcher Ellen Rivera, HazteOír “is implementing Agenda Europe directives locally.” 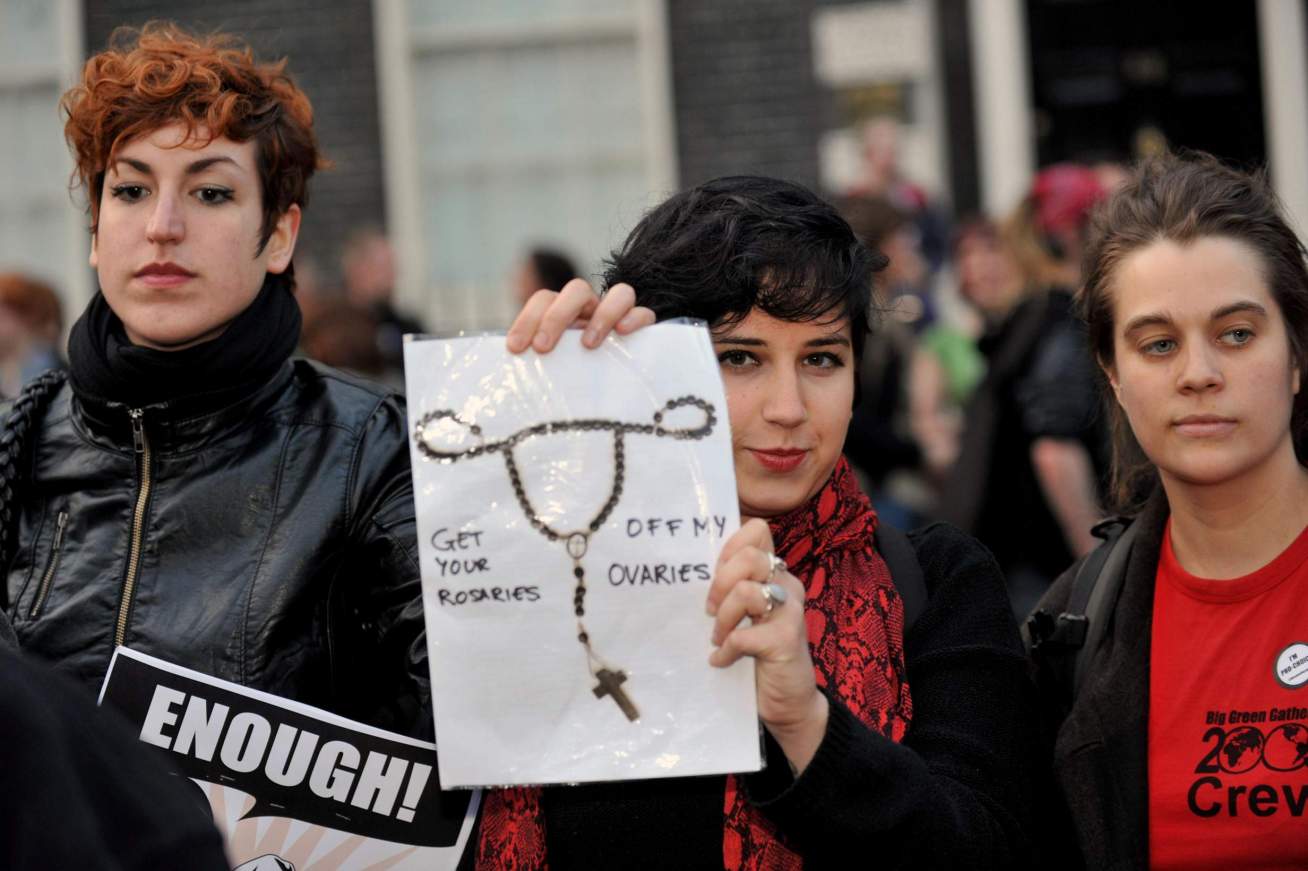 CitizenGO is primarily funded by “small online” donations from its supporters – in 2019 its income was £2,124,539. The website states “under no circumstances does CitizenGO accept financial support from public institutions or private entities. You will not find ads on CitizenGO.”

A 2014 hack revealed it received large donations from staff at IBM and Nestle, as well as billionaire businesswoman Esther Koplowitz and the founder of El Corte Inglés, Isidoro Álvarez who donated £10,000. Eulen’s David Álvarez donated €20,000.

Arsuaga told an undercover reporter in 2019 that board member Brian Brown paid for Darian Rafie, his partner at the conservative organisation ActRight, to provide CitizenGO with “advice every couple of months or so” on fundraising and technology. ActRight also allegedly funded a CitizenGO staff member in 2013.

The funding of Agenda Europe is harder to track, due to its secretive nature.

However, research by Neil Datta found the guest list of the 2013 summit included some wealthy funders of anti-rights movements as well as their financial managers. They included the Archduke Imre of Habsburg-Lorraine, as well as Vincente Segu, linked to Mexican billionaire Patrick Slim, and Oliver Hylton, the asset manager of Conservative donor Sir Michael Hintze.

The following year, Alexey Komov and Luca Volontè attended the Summit. Along with his links to CitizenGO and World Congress of Families, Komov is a programme officer for a charitable foundation in Russia that supports socially conservative causes, founded by Russian oligarch Konstantin Malofeev. The latter set up Tsargrad TV, a channel supported by Putin and used by right-wing conspiracy theorists such as Alex Jones of America’s Infowars.

Between them, Slim, Malofeev, Archduke Imre, his wife Archduchess Katherine, and Sir Michael Hintze are worth close to $8 billion.