Steven Monacelli, who attended the ‘Qonference’ of the paranoid conspiracy theory in Dallas earlier this month, fears the quasi-religious movement might not die out without a fight

The timing of a recent poll report published by the Public Religion Research Institute (PRRI) could not have been more auspicious. It was released just one day before the kickoff of a blatantly QAnon themed conference in Dallas, Texas —  the ‘For God & Country Patriot Roundup’ — and augured the tent revival atmosphere of the event.

According to the PRRI report, White and Hispanic Protestants, as well as Mormons, are more likely to express belief in QAnon conspiracy theories, such as the notion that a Satanic paedophile cabal controls the government, media and finance.

Inside the conference, I witnessed first-hand the reality of this overlap. On Sunday, Pastor Sean Golliday gave a QAnon themed and highly dispensationalist sermon, in which he described a spiritual “Great Awakening” that will turn nonbelievers toward the Christian God.

Perhaps another name is in order: the Q Qlux Qlan.

Other speakers invoked their faith in God alongside their deeply held convictions that they were soldiers fighting in a Holy War. Some preached what could be described as Dominionist theology, openly calling for the dissolution of the boundaries between church and state and the creation of a sort of Christian theocracy.

“We have a Kingdom to advance, and that is the Kingdom of God. This is not entertainment where we can have fun. This is serious business,” said Edmee Chavannes, who describes herself as a Christian Patriot.

Chavannes’ speech weaved together her fervent Christian beliefs with a host of conspiratorial threads — witchcraft, demonic plots, mentions of Soros and Gates, and more. Near the end, she made her desires clear. “I want to see those [Christian] disciples have complete dominion over politics, entertainment, the press, business, education, finance, and by God, restoring the integrity of our voting system and get a hold of the global Communist takeover.” The crowd burst into a standing ovation.

To be clear, neither Golliday nor Chavannes are white, but they spoke to a predominantly white, presumably highly religious crowd. QAnon ideas have spread so widely among Christian congregations that hundreds of evangelical pastors signed on to an open letter in February condemning “Christian Nationalism” and the role that QAnon has played in the radicalization of white evangelicals.

QAnon adherents often bristle at the term ‘QAnon’ and split hairs regarding the difference between the mysterious “Q” who posts cryptic drops and the “Anons” that attempt to decode them. Perhaps another name is in order: the Q Qlux Qlan. To be certain, there are non-white believers in the movement, including a handful of Black speakers at the recent ‘Qonference’. But even the remnants of the KKK have started reaching out beyond White folks.

Regardless of what one calls the movement, the deeply religious character of the prevailing beliefs and the zealotry of the adherents is abundantly clear.

Moreover, the violent rhetoric of the movement — including open calls for hanging politicians and a military coup — invites comparisons to Christian Nationalism’s more explicitly violent and totalitarian relative, Christian Fascism.

The Myopic Myth of Donald Trump God’s ‘Chosen One’

Pulitzer Prize-winning journalist Chris Hedges details this history in his 2007 book, American Fascists: The Christian Right And The War On America. Amidst the Great Depression, preachers like Gerald L. K. Smith began promoting Christofascist ideas through organizations like the Christian Nationalist Crusade, a blatantly antisemitic institution that distributed virulently bigotted conspiracy theories like the Protocols of the Elders of Zion.

Hedges argues that Christofacist ideas have been laundered into the mainstream by organizations like the John Birch Society and Moral Majority over the course of several decades. It appears the Q Qlux Qlan is playing the same role in modern times, as evidenced by the disturbing results of the recent PRRI poll.

The parallels between QAnon and the history of Christofascist ideology could not be more apparent. Christofascist organizations like the Christian Nationalist Crusade explicitly railed against Communism, a “one world government,” and immigration. The same talking points were common and prominent among both speakers and attendees of the Qonference, some who I was able to speak to during lunch breaks and after-parties..

Shane Burley, author of Fascism Today, explicitly compares the QAnon conspiracy theory about Adrenochrome — which argues that a Satantic pedophilic cabal is harvesting the adrenaline from children for nefarious purposes —  to more blatant antisemitic conspiracy theories of the past.

“It’s basically coated-over blood libel, blood libel being the medieval allegation that Jews would sacrifice Christian children and drain their blood for their Passover rituals,” Burley says. “QAnon essentially takes that model, mixes that with the Protocols of the Elders of Zion, and then tells a story about the Democrats.” 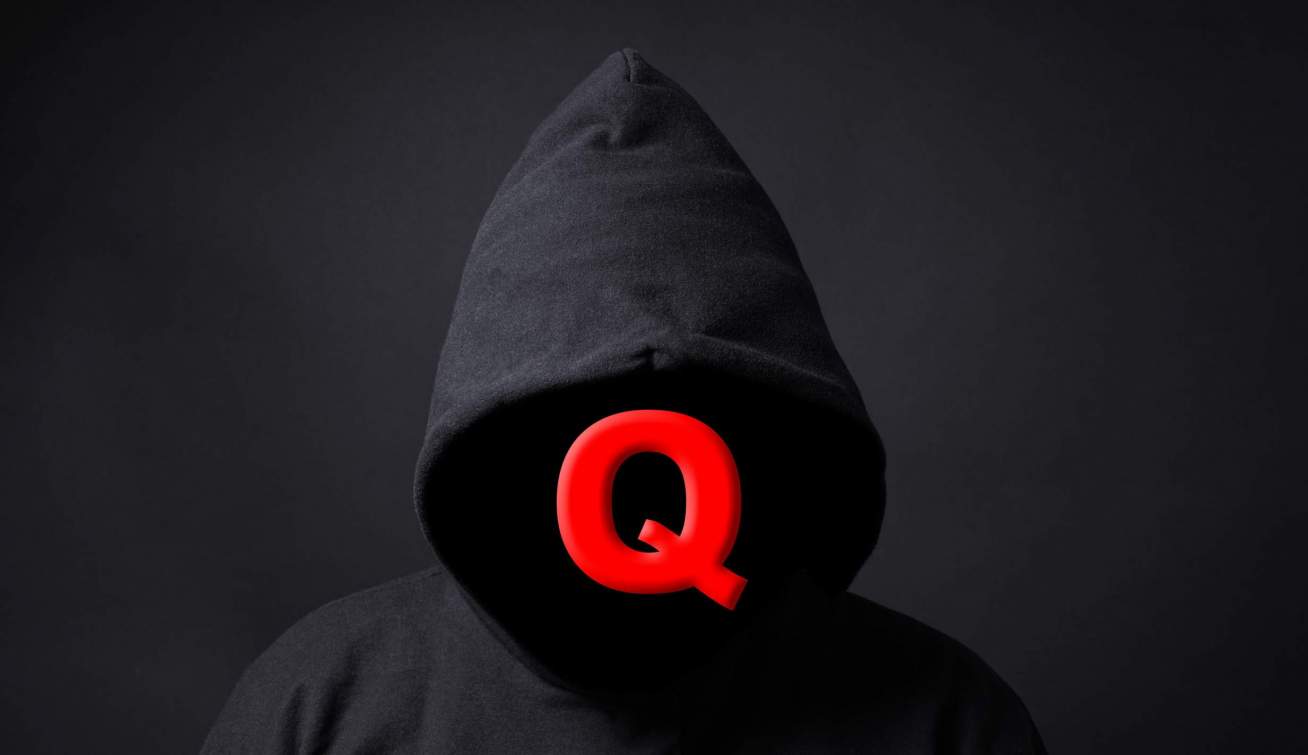 QAnon & the Failure of Prophecy

That story about Democrats is not one of a difference in values or political vision. It is one which paints them as deeply evil, lending justification to calls for a violent takeover of the government and driving some adherents to take actions which have been described as stochastic terrorism.

These beliefs are so deeply held that they could be considered a form of religion in themselves, akin to a doomsday cult whose true believers are unswayed by the failure of the predicted end of days to come to fruition. Indeed, QAnon has been widely described as a cult by researchers and former cult members alike. What’s more, the estimated number of people who have expressed belief in some of the core theories of the movement is around 30 million, suggesting it is about as popular as some mainstream religions.

It is a matter of fact that these quasi-religious ideas have become extremely popular, even if the exact character of the beliefs is hard to pin down. While there are non-Christian adherents to the Church of Q, the overwhelming majority appear to root themselves in Christian theology. Dominionist, gnostic, and millenarian elements are intermixed with New Age-y ideas and delivered with an evangelical fervour. Those who are drawn into the movement are able to interface with it like one would with a Rorschach test. They can see what they want to see while ignoring the rest of the picture.

History tells us that few religious sects become mainstream religions. Most burn out, sometimes spectacularly. That may likely be the fate of the Church of Q. Yet that is little consolation for those whose friends and family members have become radicalized by the movement which has been labelled a domestic terrorism threat and appears to be maintaining its hold, if not growing in momentum.

Recent articles in the Journal for Deradicalization and Foreign Policy suggest that we should not wait around for the collapse of the movement. More proactive measures appear necessary. In particular, there is a need for systematic deradicalization programs specifically aimed to combat QAnon’s role in the spread of violent Christian extremism. Otherwise, America may face its own homegrown Christian Jihad.