QAnon and the Failure of Prophecy

CJ Werleman looks at the ways the conspiracy theory persists despite the facts, and how it is rapidly merging with white evangelical Christian nationalism

When the 6 January attack on the US Capitol failed to stop the certification of then President-elect Joe Biden’s electoral college win and his eventual inauguration two weeks later, QAnon believers refitted a decades-old conspiracy to reinvigorate their delusions that Donald Trump will remain the leader of the country, believing he will be sworn in as the 19th US President on 4 March, a date that had been set aside in the Constitution for the inauguration of newly elected Presidents until 1933, when the 20th Amendment was adopted.

Sadly for these conspiratorial crackpots, who now represent more than 50% of all Trump voters, equalling an astonishing 35 million Americans, 4 March came and passed with Joe Biden still in the White House and Donald Trump on a golf course in Florida.

If you’re keeping score, not a single one of QAnon’s prophesies have materialized but somehow this hasn’t diminished its lure, particularly among white Christian evangelicals, a group no stranger to – well – failed prophecies.

“The fact that JFK Jr. didn’t come back on Saturday October 17th at a Trump rally…Hillary Clinton has not been arrested, high profile elites have not been killed or sent to Guantanamo Bay, the hundred thousand sealed indictments were not released, and the promised Golden Age has not been delivered. And yet, the movement continues,” observe Amarnath Amarasingam and Marc-Andre Argentino in a recent essay on the QAnon movement for Religion Dispatches. 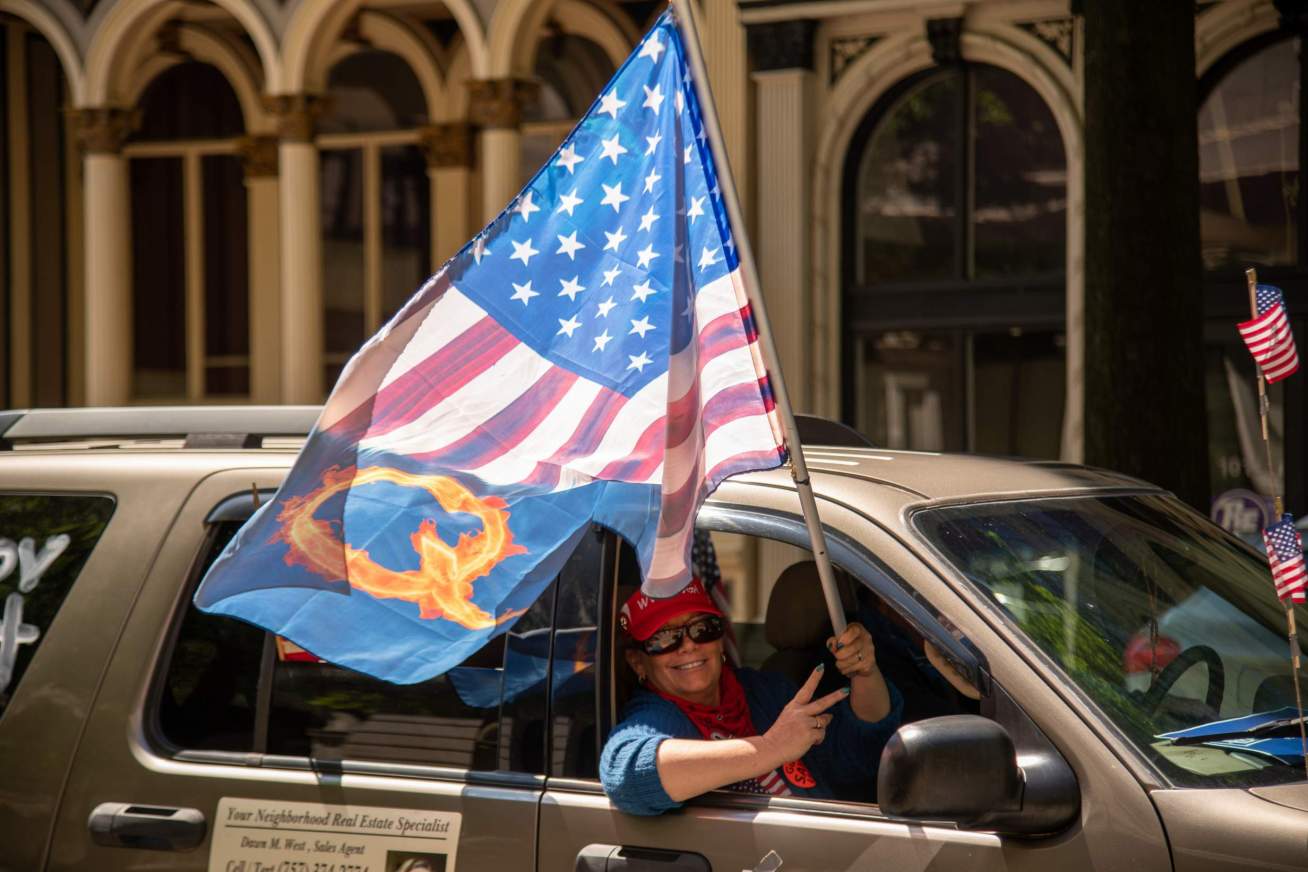 Memetic Warfare How the Targeted Propaganda of QAnon Weaponised COVID-19

When I asked Amarasingam, a renowned scholar in terrorism and social movements, what happens now to the QAnon movement, which believes Trump is keeping the country safe from a “Deep State” cabal of Satan worshipping paedophiles and cannibals, he said, “I think some of the influencers are now coming to the realization that this starting to make them look dumb, so they are actually pushing regular supporters to do proper research, stop following random leads online and encourage them to go back to the ‘original’ Q sources – where he [founder] never actually makes predictions by date”.

Ultimately, Amarasingam doesn’t believe the failed 4 March prophecy will have any negative impact on the QAnon movement because many of its influencers had begun “walking back” the 4 March theory a few weeks prior, portraying it as a “false flag” operation to discredit them.

Research into these kinds of movements has revealed they’re able to survive prophetic failure by deploying several strategies, as noted by Amarasingam and Argentino, including cognitive dissonance, rationalization and reaffirmation.

The theory of cognitive dissonance, which was developed by social psychologist Leon Festinger based on his research into a doomsday cult – “the Seekers” – that predicted the planet would be destroyed by a great flood on 21 December 1955, contends that conflicting beliefs produce a feeling of mental discomfort, which, in turn, leads to an alteration of beliefs to reduce the discomfort.

When this great flood failed to appear, committed members of the cult interpreted it not as failure but rather as evidence that their faithfulness had saved mankind from destruction, which led them to proselytize their belief even harder, a behaviour that reduced their cognitive dissonance.

Rationalization, however, is seen by researchers to the most important condition for whether a group or movement survives a failure of prophecy, and can be performed in four ways, according to Amarasingam and Argentino, who write:

The third strategy—reaffirmation—helps the group or movement move beyond prophetic failure by reaffirming the value or virtue of their beliefs and the importance or righteousness of their path.

Worryingly, the QAnon movement has merged with white Christian evangelicals, otherwise known as the Christian Right, which according to Colin Clarke, a senior research fellow at The Soufan Center, will “imbue right-wing extremism with the sort of violent fanaticism more associated with al-Qaeda or ISIS”.

“Religious terrorism tends to be more lethal, because people believe they’re serving a higher purpose by committing acts of violence, as opposed to secular groups or ethno-nationalists who are fighting over territory or land,” Clarke told The Independent. “You can’t negotiate with these people, and you especially can’t negotiate with QAnon, because how do you assuage grievances that don’t exist?” 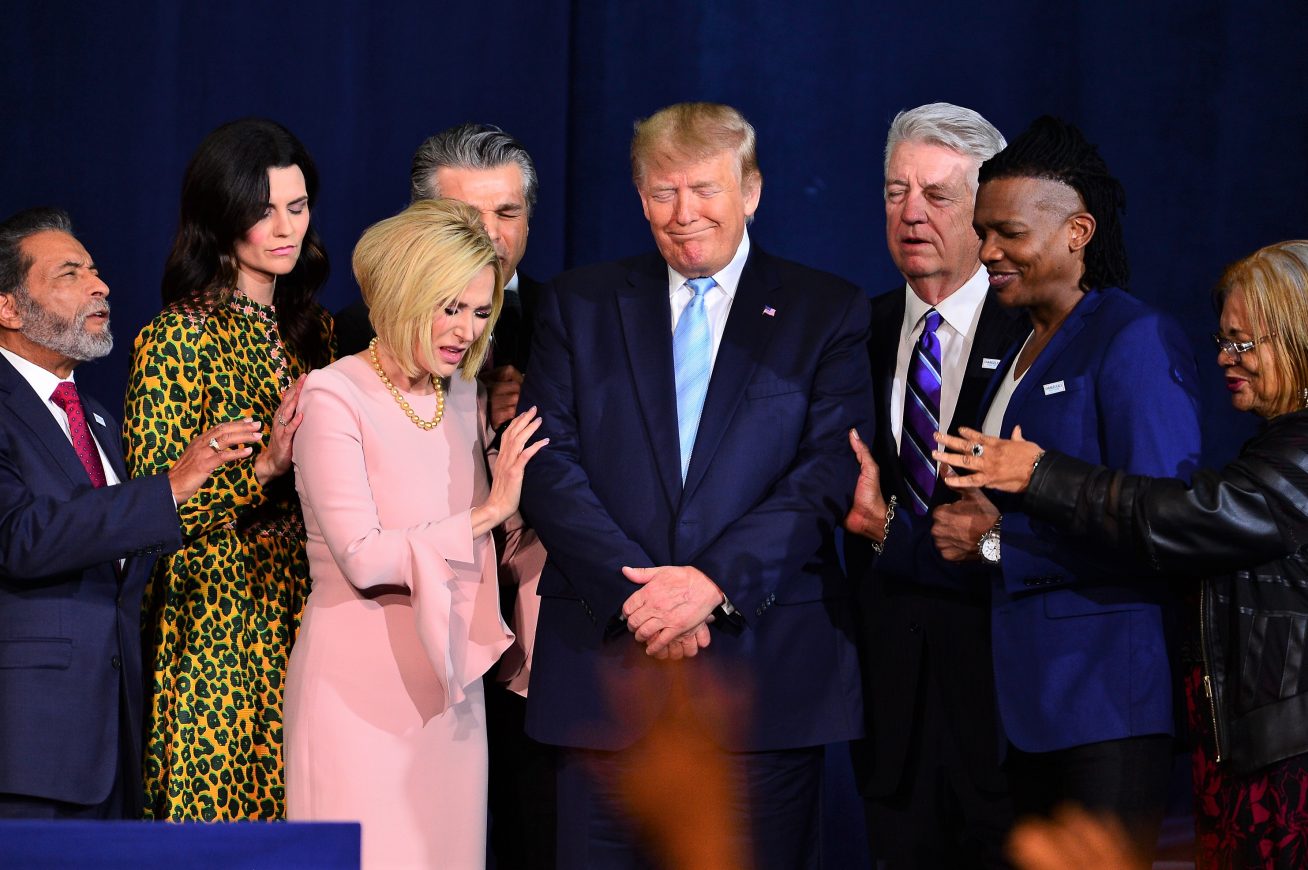 When I asked Amarasingam whether he shares Clarke’s assessment, he said that while he’s reluctant to compare QAnon with violent jihadist groups, he does see a commonality between QAnon believers and white Christian nationalists.

“QAnon from the very beginning was built in a way to resonate with a certain segment of white evangelicals who see Satan active in the world, who see American politics as imbued with religious significance, who see American civic life in cosmic terms, as a battle between good and evil,” says Amarasingam. “This is basically what QAnon is, but this is basically what Christian nationalism is. It’s no surprise at all that they found resonance in each other”.

Amarasingam doesn’t believe QAnon believers are “radicalized” in the same way counterterrorism academics and practitioners understand radicalisation but says we shouldn’t underestimate their propensity for violence given the large numbers involved in the attack on the Capitol and lone actor violence since.

Optimistically, however, Amarasingam believes that QAnon will lose much of its resonance and relevance once the COVID-19 pandemic is well behind us, having observed how the movement grew precipitously after the lockdown in March last year.

“I’s my hope and assumption that once the pandemic is behind us, many of them will find meaning in other parts of their life”.