The House managers have rested their impeachment case against Donald Trump, demonstrating beyond all reasonable doubt that the former US President incited the mob to storm the Capitol in a last-ditch effort to prevent the Congressional certification of his election loss.

They did this by quoting Trump’s words, playing clips of the bloody violence, police officers pleading for help and insurrectionists saying that they were following Trump’s orders on 6 January – while reminding Republican Senators that the group which entered the US Capitol was also coming for them, including the former Vice President Mike Pence.

Surely, no impartial juror could possibly view the evidence without concluding that this was a domestic terrorist attack, led and inspired by the accused – one that resulted in the deaths of five people and more than 120 DC Capitol police officers being injured.

The timeline of events on 6 January clearly demonstrates that Trump lit the fuse, threw the bomb, and then fled to the White House to gleefully watch the ensuing violence on live television, ignoring pleas to call off the attack.

“What is impeachable conduct if not this?” asked House impeachment manager Jamie Raskin. “I challenge you all to think about it. If you think this is not impeachable, what is? What would be?”

Were this a court of law, the verdict against Trump would be obvious and quick, but this is a political body in a hyper-polarised country, in which a two-thirds majority of elected law-makers is required to vote in favour of impeachment – an improbable task given the stranglehold Trump has over the Republican Party.

Republican Senators are acutely aware that Trump is far more popular among the party’s base than they are. They are even more cognisant of the fact that three-quarters of Republican voters actually believe that the 2020 Presidential Election was stolen from the 45th President, with many either sympathising with the Capitol terrorists or supporting the necessity of political violence (terrorism).

A newly published survey by the American Enterprise Institute (AEI) revealed that roughly 40% of the Republican voters surveyed agreed with the premise that “if elected leaders will not protect America, the people must do it themselves, even if it requires violent actions”. This is a terrifying finding.

The survey also found that 80% of the Republicans surveyed believed that the current political system is “stacked against conservatives and people with traditional values”, with a clear majority agreeing with the statement that “the traditional American way of life is disappearing so fast that we may have to use force to save it”.

However, one group of voters stands out from all others in believing that the use of political violence can be necessary: white evangelical Christians.

“White evangelicals stand out in terms of their belief in conspiracy theories and the idea that violence can be necessary,” Daniel Cox, director of the AEI Survey Center on American Life, told NPR. “They’re far more likely to embrace all these different conspiracies.”

It is thus why the Proud Boys, a far-right and US designated terrorist group, took to a self-described “Christian crowdfunding site” to raise money for its members who have been criminally charged with conspiracy against the United States, engaging in physical violence and destruction of Government property. It has raised $25,000 to date, according to Right Wing Watch.

The same site was used to raise more than $500,000 for the legal defence of Kyle Rittenhouse, the 17-year-old Trump supporter who stands accused of travelling to Kenosha, Wisconsin to murder two Black Lives Matter protestors.

For too long, mainstream media organisations and counter-terrorism practitioners and academics have ignored the ever-rising threat of white Christian extremism and the way in which Christianity is being exploited by right-wing politicians, white supremacists, neo-Nazis and anti-government militia movements. This is particularly the case with regards to the use of scripture and iconography to recruit and mobilise for violence.

“Many academic studies, government reports and news articles have analysed the role of religion (or the misinterpretation of religious concepts and scripture) in radicalising Muslims and mobilizing them to wage ‘Holy War’ against their enemies around the globe,” observes the Southern Poverty Law Center. “Few have discussed how right-wing extremism exploits Christianity and the Bible to radicalise and mobilise its violent adherents toward criminality and terrorism”.

Terrorism propaganda and narratives tend to recount conspiracy theories that perceive or imagine an ‘out’ group to pose an existential threat to the ‘in’ group. Based on the dozens of interviews I have conducted with members and supporters of ISIS, al-Qaeda and other extremist Islamic groups, the belief that a Jewish-Christian alliance intends to subjugate and annihilate the Muslim world is universal and no amount of evidence to the contrary will sway them.

To that end, white evangelicals (27%) were found to be twice as likely as all other faith groups to believe in the baseless QAnon conspiracy theory, with those surveyed telling the AEI that it was “mostly” or “completely” accurate to believe that Donald Trump “has been secretly fighting a group of child sex traffickers that include prominent Democrats and Hollywood elites”. 60% of them also believed that President Joe Biden was not legitimately elected.

A 2019 poll found that 29% of the white evangelicals surveyed and 53% of the white Pentecostals surveyed believed that Trump, the thrice-married and unrepentant adulterer who boasts about sexually assaulting married women, is actually God’s viceroy on Earth. 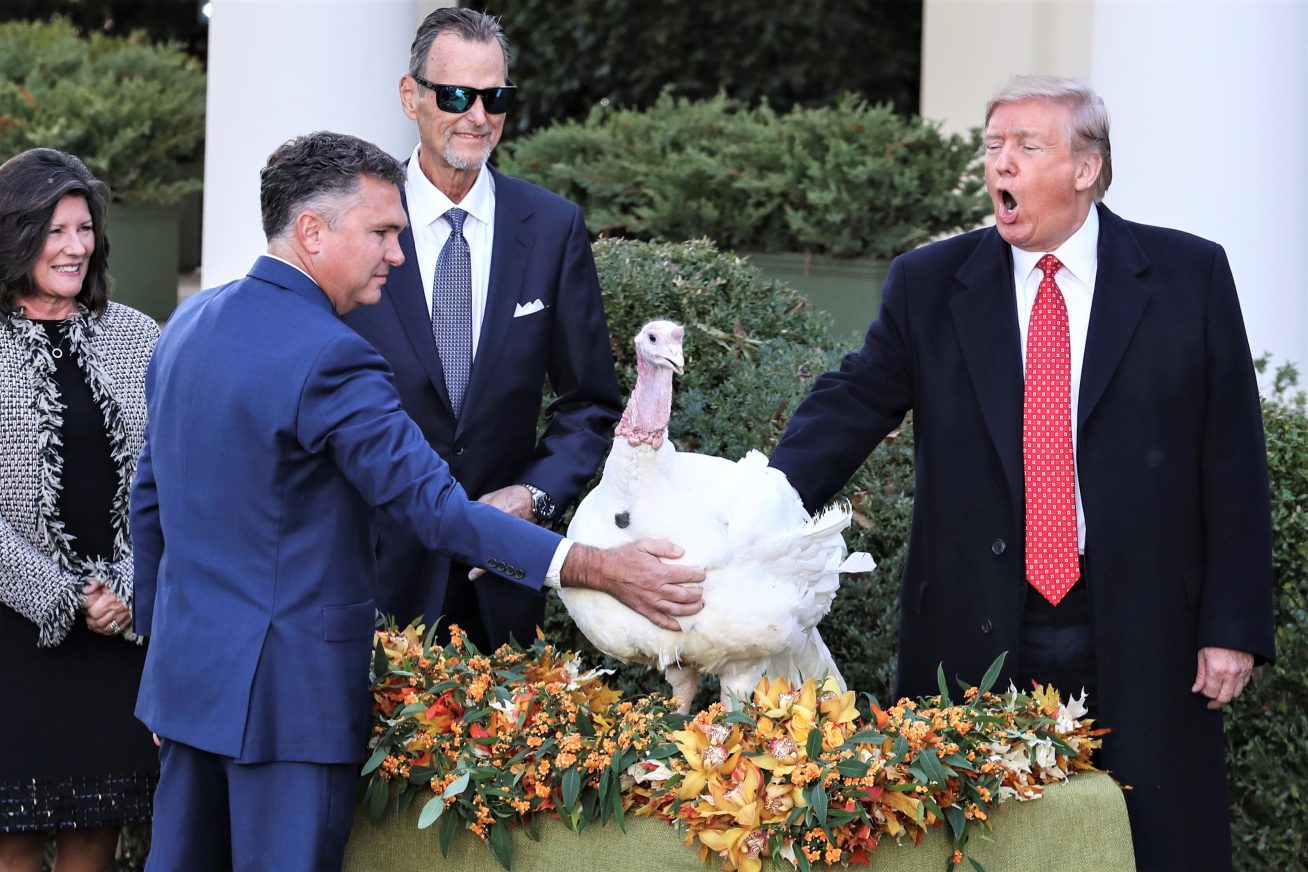 To venture into the world inhabited by white Christian evangelicals is to delve into the truly bizarre, as I discovered when criss-crossing the US to research my 2013 book Crucifying America: The Unholy Alliance Between the Christian Right and Wall Street.

Last week, Greg Locke, a right-wing pastor, told his audience that “if you think Joe Biden is the President, you’re smoking a lot of meth in your mamma’s basement”.

The self-proclaimed “prophet” told his viewers that “Heaven does not know him [Biden] as the President” and therefore you cannot pray for President Joe Biden because he doesn’t exist”. Meanwhile, “prophetess” Kat Kerr warned that a talking scroll was opened in Heaven on the day of Biden’s inauguration and that soon God will expose evidence of widespread voter fraud that Trump alleges stole the election from him.

Christian Right activist Gordon Klingenschmitt has said that Biden is possessed by a “demonic spirit” and that “the devil’s will” is now running the White House. Then there is Scott Lively, who has suggested that the country’s first female, black and Asian Vice President Kamala Harris may be the “biblical whore of Babylon”, with former President Barack Obama the anti-Christ.

Racism and xenophobia have always weaved seamlessly into white Christian movements, including the Ku Klux Klan and Sovereign Citizens.

It is for this reason that Donald Trump was so easily able to corral them in 2016 by falsely accusing Obama of being a foreign-born Muslim.

It is no coincidence that the terrorists who stormed the US Capitol last month chanted odes to God and Trump, while flying Confederate flags and wearing white supremacist paraphernalia.

White evangelicals constitute the most agitated and mobilised constituency of the Republican Party and this is why it is highly unlikely that a significant number of Republican Senators will vote to convict Trump for inciting their violence.

Ultimately, one thing is clear – news organisations better start familiarising themselves with the words ‘white Christian extremism’. They will be reporting on them a great deal in the coming years.