The superintendent of Poland’s Małopolska province is seeking to ban anti-racist, pro-human rights groups from working with students – but the attack on progressive education goes beyond Polish borders

Anti-racist, feminist, pro-LGBTIQ and human rights organisations are likely to be banned from working with school students in Poland’s Małopolska province, as the region’s superintendent compiles a list of groups she believes are destroying the country’s ‘social norms’.

The decision comes as Poland debates a new law that would allow regional superintendents to prevent outside organisations from running lessons for school students. It has already been passed in the Parliament’s lower house.

It was based on lists drawn up by the religious-right organisation Ordo Iuris – which campaigns against LGBTIQ rights and abortion rights – and Protect Our Children, an anti-vaxxer, anti-sex education group. At least three of Ordo Iuris’ board members have held political positions in Poland.

Małopolska province’s superintendent, Barbara Nowak, claims that the listed groups intend to “sexualise under the guise of education” and cause damage to “not only children and adolescents, but also the condition of the entire society”.

These accusations are levelled against organisations which educate people about the Holocaust and the need to tackle antisemitism, as well as international human rights NGOs, LGBTIQ-rights groups and women’s rights advocates.

But they form part of a worrying and international trend that seeks to attack anti-racist, pro-human rights education – including here in the UK.

“Education should be a path to emancipation and enlightenment, not oppression and discrimination,” Dr Rafal Pankowski, of the Never Again Association, told Byline Times. “Unfortunately, the Polish educational system has been increasingly turning into an ideological instrument for the far-right.

“It is no coincidence the list of allegedly dangerous organisations includes anti-racist and human rights groups such as the Never Again Association, Amnesty International, the Auschwitz Jewish Centre, the Roma Association of Poland as well as numerous women’s rights and LGBT rights organisations. It’s a clear example of institutionalised intolerance and bigotry.”

The proposed ban on human rights groups working with school students forms part of a raft of anti-rights legislation in Poland that includes a ban on gay adoption and a tightening of the already draconian abortion restrictions.

It also follows the controversial Holocaust Bill, which amended the law on the Institute of National Remembrance to state that “whoever accuses, publicly and against the facts, the Polish nation, or the Polish state, of being responsible or complicit in the Nazi crimes committed by the Third German Reich… shall be subject to a fine or a penalty of imprisonment of up to three years”.

The bill sought to distance Poland and its citizens from Nazi crimes, despite evidence of complicity between some Polish people and the occupying Nazi force. At the time, Prime Minister Mateusz Morawiecki said that Poland was committed to combating lies about the Holocaust and that “the camps where millions of Jews were murdered were not Polish. This truth needs to be protected”.

The proposal to ban organisations which promote education about the Holocaust and tackling antisemitism appears therefore to be a continuation of 2018’s controversial bill, not least because the Nazi death camp Auschwitz is located in the Małopolska province.

When it comes to opposing inclusive sex education, Poland is not an outlier in Europe. In Spain, the far-right Vox Party has proposed a ‘parental pin’ which would give parents a veto over whether their child can attend sex education lessons. The pin was supported by CitizenGO, an anti-gender campaigning platform connected to Ordo Iuris through the Agenda Europe network.

Similarly, in Romania, politicians bowed to pressure from the Orthodox Church to scrap plans for mandatory sex education. Parliamentarians opposing the plan were supporters of the Coalition for the Family, another Agenda Europe-linked group which staged – and lost – an anti-LGBTQ referendum in 2018. One of its members is the co-founder of the far-right AUR Party which won 9% of the vote in the 2020 election.

In the UK, there is a small but vocal minority opposing inclusive sex education, focused around fringe groups such as Parent Power – a coalition of anti-gender forces such as Christian Concern and Voice for Justice. Its parliamentary launch was hosted by the Democratic Unionist Party Leader Sir Jeffrey Donaldson MP. Christian and Muslim activists have joined forces on this issue, with 2019 protests in Birmingham getting mass media attention.

A Department for Education white paper on freedom of speech in education cited research by the religious-right giant ADF International which has supported Poland’s veer to the right, while Ordo Iuris is one of its allied organisations. The organisation is anti-abortion and anti-LGBTIQ and seeks to uphold “parental rights” when it comes to sex education. 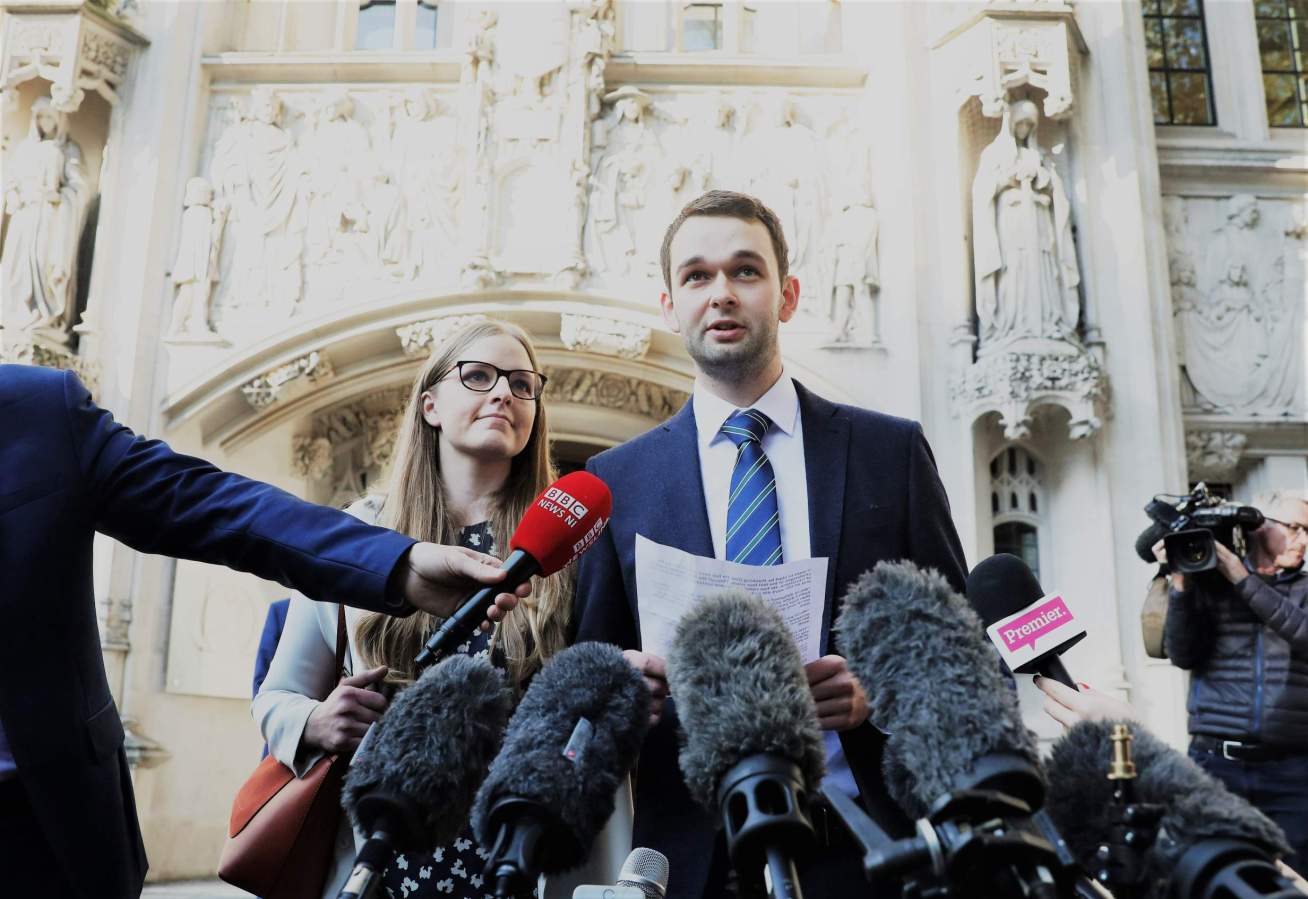 The proposal to block anti-racist charities from working with school students is a key far-right aim.

In the US, the campaign about teaching critical race theory – waged by white supremacist forces in the Republican Party and their allies – has led to book bans and nine states passing legislation to ban the discussion, training, and/or orientation that the US is inherently racist, as well as any discussions about conscious and unconscious bias, privilege, discrimination, and oppression.

Those opposing education on race claim that discussions about race disadvantage white students who are made to feel that they are to blame for current and historic racism.

This line of thinking is not confined to the US: in the UK, right-wing provocateurs and politicians have taken aim at critical race theory.

Equalities Minister Kemi Badenoch warned that “any school which teaches these elements of critical race theory, or which promotes partisan political views such as defunding the police without offering a balanced treatment of opposing views, is breaking the law”.

Further, the Conservative Party’s insistence on waging a ‘culture war’ has focused on anti-racist campaigners rewriting history in their attempts to include narratives about slavery and the impact of Empire in education, museums and public statuary.

Boris Johnson accused Labour of being on the side of those who “want to pull statues down, to rewrite the history of our country… to make it look more politically correct”, while the Department for Education told schools in England that they were not to teach “victim narratives that are harmful to British society”.

There has not been a ban on groups, but a suppression of certain narratives and the first step towards the policies now being employed in Poland.

Patrik Hermansson, senior researcher at Hope Not Hate, the UK’s leading anti-fascism and anti-racism campaign group, told Byline Times: “Attacks on anti-racist, pro-LGBTIQ and sexual health education, and issues such as abortion are just one part of a broader strategy of the far-right and radical right to attack progressive ideas and undermine the people and institutions that support them. This is done in the hope that opposition to far-right politics is weakened.

“The broader far-right has long been critical of public education systems in many countries as it believes they are biased towards progressive and democratic ideals which they oppose.”