A seven-year legal battle between LGBTIQ rights activist Gareth Lee and a Belfast bakery over its refusal to bake a cake with the message “support gay marriage” came to an end this week, after the European Court of Human Rights (ECHR) ruled that Lee’s claim was inadmissable.

The case became a battle over freedom of speech and religion, with debate raging as to whether the bakery had the right to refuse to make a cake supporting gay marriage on religious grounds.

It also attracted the attention of international religious right organisations with a history of campaigning against LGBTIQ rights and equal marriage, many of them from the US; as well as religious-right organisations from Poland, where human rights are increasingly under attack.

This is how a small bakery in Belfast became a flashpoint for a global campaign coordinated by international organisations working to roll-back LGBTIQ rights.

Gareth Lee had requested that Ashers Bakery, run by evangelical Christians the McArthurs, make a cake with the pro-equal marriage slogan and a picture of Sesame Street characters Bert and Ernie. It refused.

A series of court cases followed, leading to a Court of Appeal hearing that decided that the bakery had discriminated against Lee. The McArthurs appealed to the Supreme Court, which overturned the previous decision.

Lee then took his case to the ECHR. The court found that it would not be able to hear the case as Lee had not expressly invoked his rights under the European Convention on Human Rights at any point during proceedings in the UK and had relied solely on domestic law.

A number of third-party intervenors took part in the case, representing global religious-right organisations, including two which originate in the US.

These were the European arms of Alliance Defending Freedom (ADF International) and the American Centre for Law and Justice (operating in Europe as the European Centre for Law and Justice or ECLJ). The latter, which was set up by conservative firebrand Pat Robertson, has as its chief counsel former Donald Trump lawyer Jay Sekulow. It was granted permission to intervene in the case but chose not to submit a third-party intervention.

ADF was set up in Arizona in 1993 with an aim to “defend your religious freedom”. It does this through a global network of lawyers and strategic litigation, challenging existing laws and assisting in cases relating to free speech. The organisation has been designated as a “hate group” by the Southern Poverty Law Centre for its anti-LGBTIQ campaigning – a designation the organisation disputes.

Between 2009 and 2018, ADF spent $1.57 billion in Europe and in 2012 launched ADF International with offices in Vienna, Strasbourg, Brussels, Geneva and London.

The UK branch recorded an income of more than £500,000 in 2020, with “financial support in the form of unrestricted donations from Alliance Defending Freedom, a linked charity in the US which operates under the same principles as ADF International (UK)”. Those donations totalled £324,000. Because it is unrestricted, the money can be spent on any campaign the organisation conducts in the UK.

ADF International has exerted increasing influence on mainstream politics in the UK. Its survey on campus free speech was cited in a Department for Education white paper published last year. The Conservative MP and co-chair of the pro-life All-Party Parliamentary Group Fiona Bruce spoke at its “leadership academy” in Vienna in 2019. 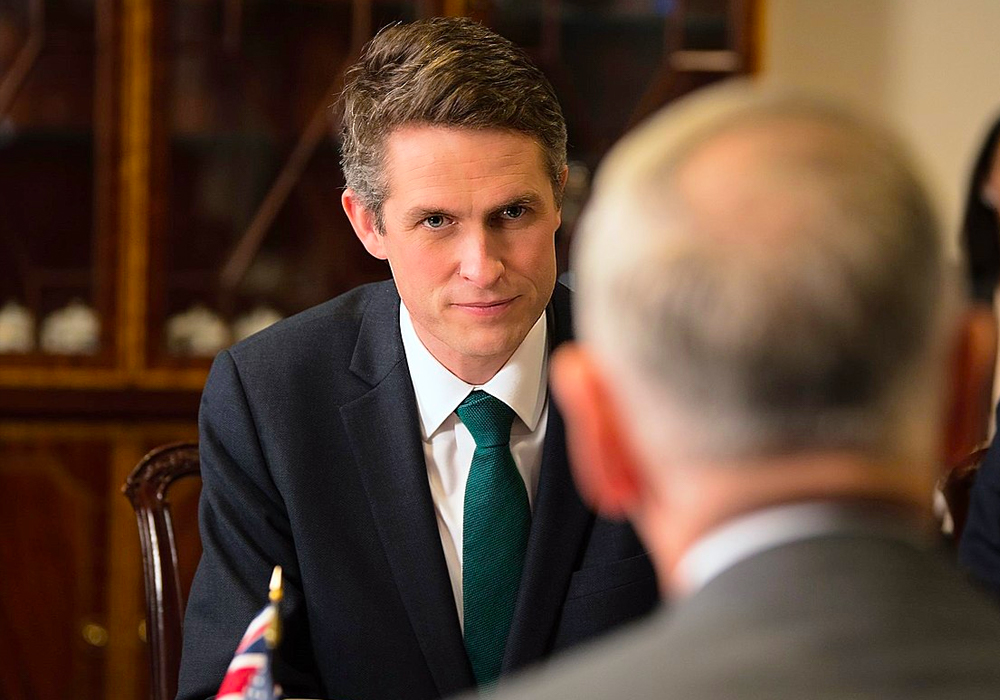 Who Is the Government’sFree Speech in Education’ Strategy Actually For?

ADF International’s submission in the Ashers Bakery case argued that it had the right “not to express an opinion or to act contrary to one’s religious beliefs”.

This was not the first time ADF had argued in favour of bakers refusing to make a gay marriage cake. In 2012, it supported Jack Phillips in Colorado, who refused to make a wedding cake for a same-sex couple. ADF took the cake case to the US Supreme Court, arguing that Phillips should not be forced to bake a cake celebrating an event that conflicted with his religious beliefs.

The parallels between the Colorado and Belfast cases demonstrate how US religious freedom giants are importing successful strategies across the Atlantic in cases relating to LGBTIQ rights.

Back in 2017, ADF International’s director Paul Coleman wrote in Spiked magazine that both the Ashers and Philips cases represented a “fork in the road for freedom”. Spiked magazine’s US funding arm received donations from the Charles Koch Foundation, which has a history of funding religious-freedom causes.

From Belfast to Warsaw

Also Supporting Ashers Bakery was the Christian Institute, an “ally” of ADF International. The Institute runs a legal defence fund to “protect Christian religious freedom and restrain those who are unlawfully harassing and discriminating against Christian believers”.

In a statement published on its website, Institute spokesman Simon Calvert welcomed the ECHR’s decision as “the right result”.

“The UK Supreme Court engaged at length with the human rights arguments in this case and upheld the McArthurs’ rights to freedom of expression and religion,” he said. “It was disappointing to see another attempt to undermine those rights, so it is a relief that the attempt has failed. I’m surprised anyone would want to overturn a ruling that protects gay business owners from being forced to promote views they don’t share, just as much as it protects Christian business owners.”

ADF International has supported the Christian Institute on previous occasions, including in a case involving registrar Lilian Ladele in London who asked to be exempt from registering same-sex civil partnerships. A tribunal ruled in favour of Ladele after representation by the Christian Institute, but the decision was reversed on appeal. The case was taken to the ECHR, where ADF International was granted permission to intervene.

Alongside ADF International and the Christian Institute at the ECHR was the Polish Government, which intervened in the case to argue that “obliging a person to express a belief he or she does not hold amounts to a restriction of rights” according to Article 9 of the European Convention on Human Rights.

Poland’s attitude towards LGBTIQ people has been under the spotlight over the past few years, with President Andrezj Duda running on a socially-conservative platform in the 2020 election. Around 100 towns in the country have declared themselves as LGBT-free zones, while gay couples are banned from adopting children. The influential Archbishop of Krakow, Marek Jedraszewski, has condemned “LGBT ideology” as a “rainbow plague, worse than Bolshevism”.

Also representing Poland was Ordo Iuris – a a Catholic think tank that in 2016 drafted a bill to completely ban abortion in the country and supported 2021’s move to further restrict abortion in Poland so that it is only available in cases of rape and incest or threat to the mother’s life. Although it was permitted to intervene, it did not submit its intervention.

Ordo Iuris is linked to ADF via Agenda Europe – a shadowy network active during the 2010s with plans to “restore the natural order” by rolling-back abortion and LGBTIQ rights. Ordo Iuris hosted the 2015 Agenda Europe summit in 2015. At the 2014 Agenda Europe Summit, ADF International’s Paul Coleman co-led a training session on how NGOs can bring their agenda to “international and supranational institutions” such as the European Court of Human Rights.