Amid the dramatic arrival of Sue Gray’s initial findings into a series of lockdown parties held in Downing Street, another significant Government report was overlooked yesterday – its 100-page document on the ‘Benefits of Brexit’, released to mark the two-year anniversary of the UK’s departure from the EU.

The paper is introduced with more than a dozen bullet points – summarising the key ways in which the Government has taken advantage of Brexit. However, this was an attempt at distortion and hyperbole – masking the ways in which leaving the EU has failed on its own terms.

Byline Times and Byline TV have been keenly monitoring the real consequences of Brexit, and below is a more realistic evaluation of the supposed benefits of departing the EU. 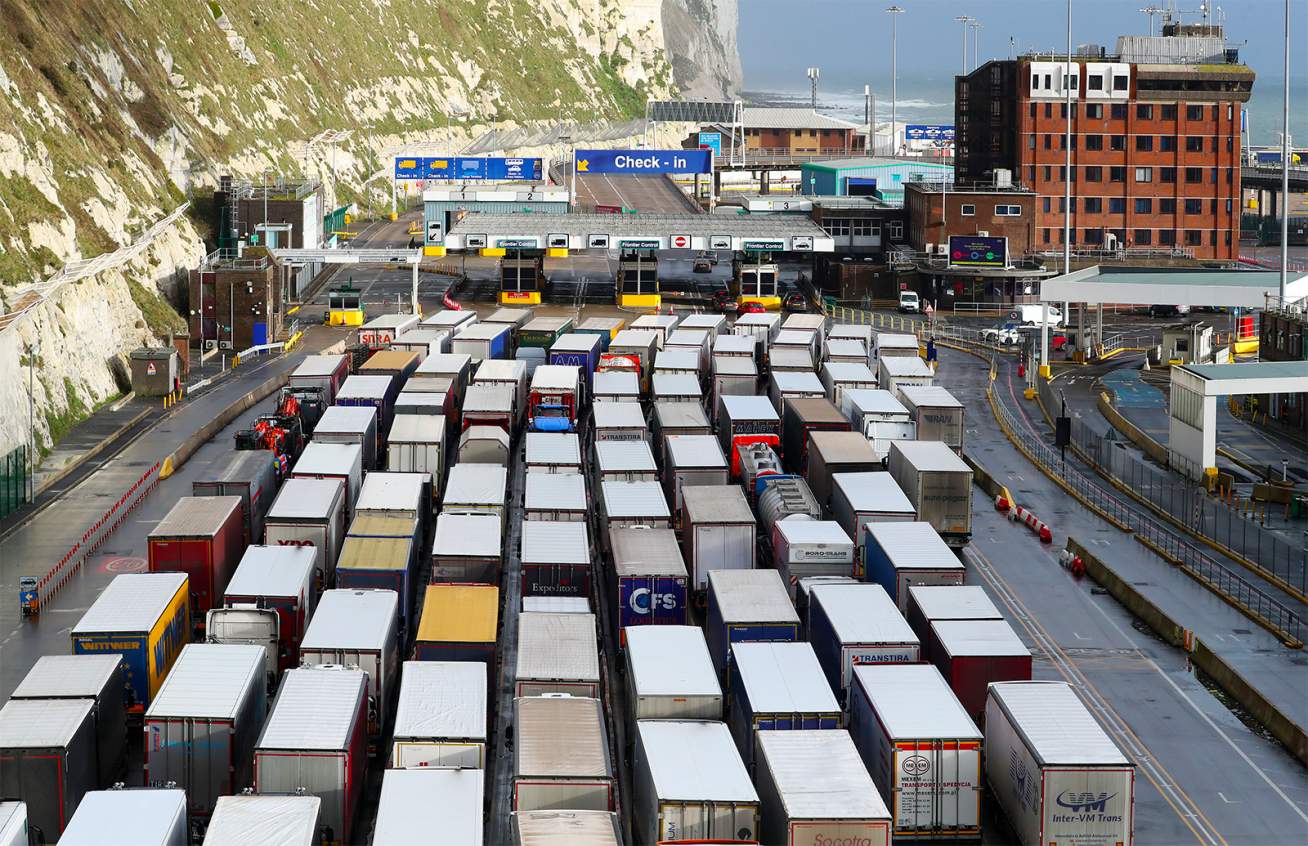 ‘Ended free movement and taken back control of our borders’

The UK is no longer a member of the EU’s single market and therefore is no longer governed by its immigration rules. Instead, the Government has established a more stringent, point-based system for EU entrants into the UK.

Yet, the Government’s new immigration rules have caused widespread harm to businesses and the economy. In particular, a shortage of HGV drivers has been exacerbated – causing shortages of food on shelves and even leading to a petrol crisis in September and October last year. The problem was so acute that, as of mid-December, military personnel were still being required to deliver fuel to petrol stations.

In order to address these labour shortages, the Government was forced to make thousands of emergency visas available to EU workers – somewhat undermining its new immigration regime.

As catalogued by Byline TV, farmers have likewise been struggling with labour shortages, amid a lack of seasonal staff from Europe.

‘Restored democratic control over our lawmaking’

Even if the EU had democratic control over UK lawmaking – which was never the case – the UK Government has not returned power to the British people. In reality, Boris Johnson has monopolised power in Downing Street, repeatedly and flagrantly violating the rules of Parliament and minimising the influence of his Cabinet.

Moreover, the Government has actively pursued authoritarian legislation that will in fact diminish the powers and freedoms of the British people – including laws to criminalise protests, disenfranchise marginalised voters, arbitrarily strip citizenship, and deny the right to asylum.

While this may be true to some extent, the UK Government is engaged in a protracted and heated row with the EU about the ongoing oversight of the European Court of Justice (ECJ) over the Northern Ireland Protocol – which governs the post-Brexit trading terms between the EU, Britain and Northern Ireland.

The UK agreed to this arrangement during Brexit negotiations, only later deciding that it isn’t comfortable with the role of the ECJ.

What’s more, although Brexit may have increased the authority of UK courts, Boris Johnson’s Government is simultaneously attempting to curtail the power of the judiciary – seeking to reform the ways in which judicial reviews can challenge the decisions of government.

‘Made it tougher for EU criminals to enter the UK’

Despite its tough rhetoric on crime, as few as nine people were convicted in the UK for offences relating to the facilitation of small boat crossings in 2021, as revealed by Byline Times. This is despite the Government’s ostensible push to clamp-down on traffickers transporting people across the Channel.

The Government is clamping down on ID cards issued to EU nationals while it is seeking to introduce laws that would ban you from voting if you did not produce a valid photo ID.

‘Taken back control of our waters’

Even though we have left the EU, the UK is reportedly and infamously experiencing a ‘crisis’ in the number of small boats crossing the Channel – with more than double the number of people making the crossing in 2021 compared to 2020.

The UK’s fisherman have also been suffering from the aftershocks of Brexit, with red tape delays causing fish to rot at the border – encouraging some firms to stop trading in Europe entirely. As eighth-generation oysterman Tom Haward wrote for Byline Times in February 2021: “Brexit has ground my industry to a halt”.

Regardless of access, the Government has continued to cut welfare support – ending the £20 a-week uplift in Universal Credit late last year and now proposing tough financial sanctions for unemployed workers who can’t find a job in their preferred sector.

The UK’s global trade position has been rocked by Brexit. Comparative data at the end of 2021 showed that the UK had seen a reduction in exports to our top European trading partners equivalent to £515 million a-week – while a report by the National Audit Office concluded that the UK’s post-Brexit trade deals will only increase the country’s GDP by a minuscule amount over the next 15 years.

Many people will justifiably despair at the fact that the Brexit campaign upended the UK’s economic and diplomatic relationship with our closest trading bloc in exchange for blue passports and crowns on pint glasses. The inclusion of these supposed benefits in the Government’s report is perhaps the strongest indication that it is clutching at straws.

And, in an appropriate Brexit irony, our ‘iconic’ blue passports are being made in Poland.