As few as nine people have been convicted in the UK for offences relating to the facilitation of small boat crossings in 2021 – despite the Government’s ostensible push to clamp-down on traffickers transporting people across the Channel, Byline Times can reveal.

At least 27 individuals drowned in the Channel yesterday after embarking on the journey between France and the UK. The number of small boats crossing between the countries has increased markedly in recent months, with the Home Office reporting that more than 25,700 migrants have arrived in the UK via boat this year, compared to 8,469 last year.

Yet, the subject of asylum has been of particular concern to the Home Secretary and the Government as a whole, which has taken a generally hostile stance towards migration – particularly from the EU.

Priti Patel used her speech at Conservative Party Conference in October to pledge that the Government is “going after” people smugglers – describing the rise in small boat crossings as “unsafe, unfair and unacceptable”.

However, so far, the Home Secretary’s rhetoric has not matched reality. A recent parliamentary question shows that only nine people have been convicted for facilitation offences relating to small boat crossings in 2021. In total, 17 small boat organised crime groups have also been dismantled since July 2020. 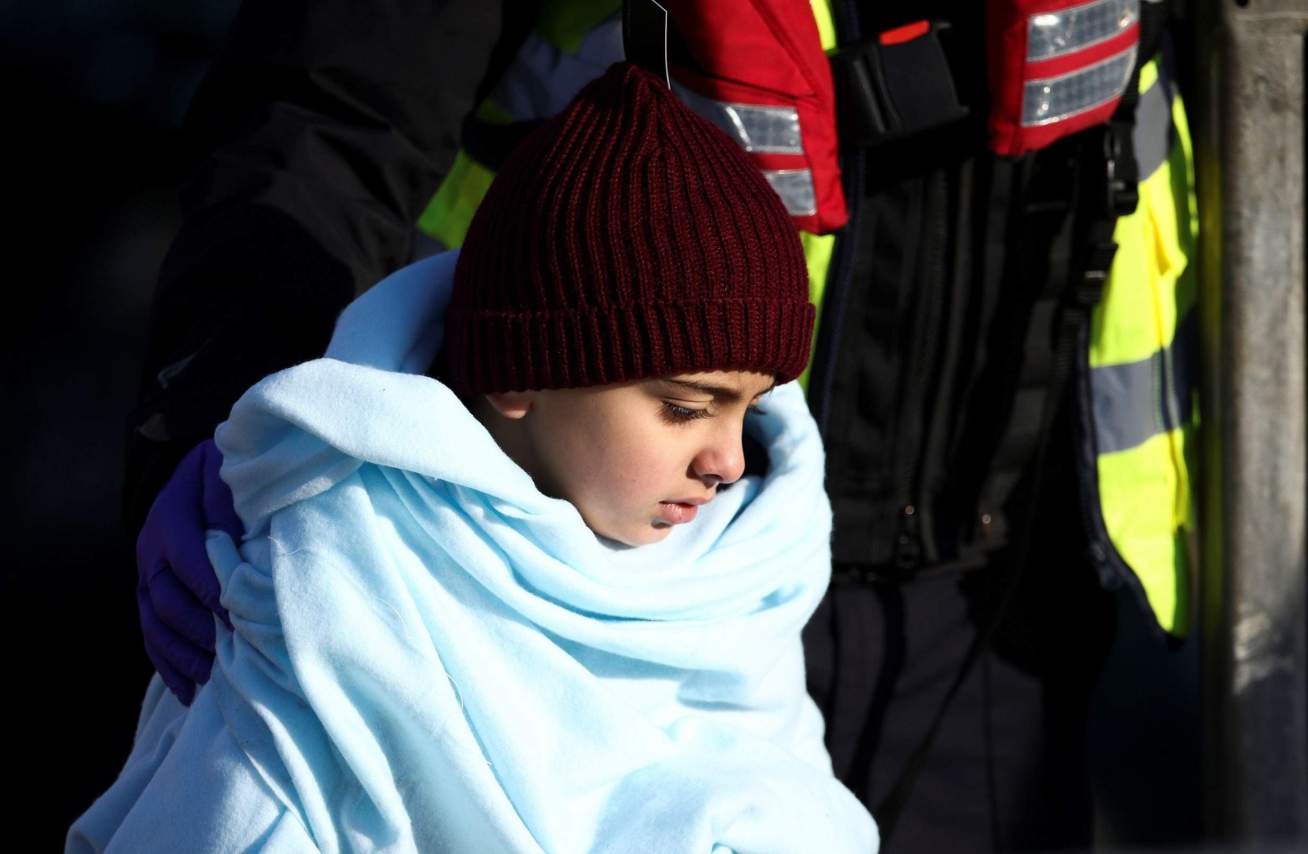 The number of convictions reported in the parliamentary question differ markedly from previous Home Office reporting.

Some statements from the Home Office have indicated that 65 convictions have been achieved this year in relation to small boat crossings. Just last week, Justice Secretary Dominic Raab stated that: “We’ve seen 19,000 crossings stopped this year alone, 65 convictions secured – the predatory criminal gangs that thrive on this miserable trade.”

However, a tweet from the Home Office in July 2021 suggested that there have been 65 convictions “since the start of 2020”. The tweet also said that these convictions were made against people found guilty of “small boats related offences” – covering a much broader and vaguer range of crimes than “facilitating offences related to small boat crossings”.

Byline Times approached the Home Office for clarification, and the department confirmed that 65 “small boat related prosecutions” had taken place “since the start of 2020”.

The UK has pledged to pay France £54 million to help with police surveillance and patrols during 2021-22, although the UK Government has itself stated that “not enough” is being done to hinder those transporting people across the Channel.

French President Emmanuel Macron has said that 1,552 smugglers have been arrested in northern France and 44 smuggler networks dismantled since the start of the year – though 47,000 attempted Channel crossings to the UK have still taken place this year.

The Government is currently attempting to pass a new Nationality and Borders Bill that it hopes will further deter the smuggling of people in small boats. A maximum of life imprisonment for convicted people smugglers will be introduced under the proposed legislation.

However, the legislation has also been criticised for effectively criminalising the act of seeking asylum. The bill proposes changes to the law to criminalise people who seek asylum on the basis of their mode of travel – only those who arrive directly from their country of origin through a refugee resettlement programme, or those who arrive in the UK via other legal means, may claim asylum. Others, who arrive in the UK through ‘illegal’ means, may be declared as inadmissible and be subject to removal.

As legal experts at the University of Oxford have highlighted, some of the provisions in the legislation defy the Refugee Convention, while others are already practices that are used by border authorities.

Indeed, aspects of the bill “seem unworkable but are clearly oriented towards sending a message – not to potential illegal migrants as is claimed by the Home Secretary – but to the public, who presumably are meant to lap up anything that sounds tough on asylum seekers,” the Oxford legal experts suggest.

Meanwhile, the Government has stalled on its commitments to create new ‘legal’ routes for asylum seekers – in particular for those fleeing conflict in Afghanistan. Three months after the fall of Kabul, the Afghan Citizens Resettlement Scheme is still not open to people seeking asylum in the UK – despite the Government promising to provide asylum to 5,000 vulnerable people in the first year, “and up to 20,000 in the coming years”.

Consequently, as The Times has reported, one of the asylum seekers attempting the perilous Channel crossing in recent days has been an Afghan soldier who previously worked with British military forces. He and his family said that they had “waited so long for help” from Britain but, faced with no other option, decided to attempt a journey that continues to claim dozens of lives.

“We are facing a global migration crisis, choreographed by organised crime groups who are profiteering from these deadly and unnecessary Channel crossings,” a Home Office spokesperson said. “The Government’s New Plan for Immigration will provide a long term solution to fix the broken system and deliver the change required to tackle criminal gangs and prevent further loss of life.”