With the Duke and Duchess of Sussex, the British Royal Family had an opportunity to change itself and, in a small way, to change Britain – but didn’t take it, says Jonathan Lis

When commentators talk about the ‘magic’ of monarchy, normally they mean its fairy tale resonance and ancient mystique. The more apposite magic is the institution’s ability both to be sufficiently dull and sufficiently interesting.

The monarchy’s central contradiction is its reason for survival: it functions both as soap opera and an organ of state. Without the former, it sinks into obscurity. Without the latter, it cannot formally exist. Over many decades, its genius has been to compartmentalise those functions in equilibrium.

The Harry and Meghan story sets one function against the other. It is not a mere human and dynastic drama or simply an exposé of prejudice within a family and its inability to respect mental health.

It is the wholesale political failure of the nation’s oldest institution.

The Personal and the Political

The Duchess of Sussex’s story is quite different from that of Diana, Princess of Wales.

Meghan Markle entered the Royal Family as an outsider – racially, socially and by nationality – while Diana was embedded in the English aristocracy. And yet both recounted their suffocation by an institution which embodies, for some, stability and continuity, and for others, entrenched hierarchy.

One of the hardest elements of the Duke and Duchess of Sussex’s interview with Oprah Winfrey was that the Royal Family seemed not to have learnt the lessons of what happened to Diana. For all the progress of recent years – the Queen’s acknowledgement of British oppression in Ireland, William and Harry’s championing of LGBT issues and openly discussing their mental health – The Firm seemed as indifferent to Meghan’s suffering as it had to her late mother-in-law’s.

The Palace should have empathised with a woman struggling to adapt to her new life amidst a campaign of racist media bullying. But it should also have been wise. It must remember that Diana did not only suffer, she fought back. There was no reason to think that Meghan would not eventually break under pressure or would remain silent out of deference or gratitude. The Palace failed on a human level by not helping Meghan, but also politically by underestimating her.

But the error was much greater than that. In raw political terms, this wasn’t simply about placating a powerful newcomer, but seizing a generational opportunity. The Royal Family knows – or ought to – how it is perceived amongst some demographics, particularly young people, progressives and people from ethnic minorities. Meghan’s arrival offered the possibility, not simply of Hollywood glamour, but genuine diversity.

Certainly, the arrival of new people does not change institutions per se. The history of august establishments is peppered with outsiders entering, promising transformation, then either becoming assimilated or leaving in frustration. Embracing Meghan would not have undone the centuries of wealth inequality, colonialism or white supremacy enacted, if not by the monarchy itself, then frequently in its name. The premiership of Theresa May did not end the patriarchy in Britain and the election of Barack Obama did not end racism in America. And yet it didn’t need to change nothing.

Meghan represented disruption, which the monarchy could have recognised as an asset rather than a threat. It could have changed protocol to give her son Archie, the first mixed-race person born into the family, parity with Prince William’s children. It could have pushed back against the overtly hostile media briefings, rather than hope that they would go away. It could have encouraged Meghan to speak openly in public and rebut the claims being made against her.

William told reporters today that “we are very much not a racist family”. The problem is the institution had the opportunity to refute suspicions about racism and champion diversity pro-actively – and didn’t take it. The British monarchy is never going to emblematise equality, but it still declined to bring it much closer to this point. What could have proved a meaningful reinvention became a problem to neutralise.

Perhaps the institution didn’t change because it didn’t believe in it. Perhaps it was complacent about public perceptions and fell back on its old culture – as though the work had been completed simply by admitting Meghan into the family. Even the most charitable reading exposes a lack of understanding about Britain’s injustices and the monarchy’s connection to them. Indeed, it suggests that the institution may not think that it has a role or a duty to promote a different kind of society.

The Co-Dependency of Institutions

What, then, makes the institution so unwilling or unable to change?

Part of it is the specificity of the monarchy. Its role, as it sees it, is to provide unity and reassurance under the soft glow of nostalgia. If the monarchy did not exist, it would not be invented, and that is also the point. No society emerges as a tabula rasa and progress requires history. We build with our memory and our past.

To this extent, the Palace recognises the need for change. The problem is that such change may be cosmetic or barely perceptible.

As both a cultural and constitutional artefact, the monarchy exists through ritual, ceremony and tradition and there seems to be a fear that deep or rapid change would risk the familiar solidity which draws popular allegiance. If the monarchy becomes like everything else, people may begin to see through it.

Part of this is shared with other institutions – not least governments. They have to operate within protocol and convention because that is the source of their legitimacy and, if they seek to move fast, they must bring people with them.

But this exposes the role of another key British institution: the media. Like government, the monarchy cannot exist without the media – and the media cannot exist without either. The entanglements of British society explain the elusiveness of its progress: our key institutions depend on each other for survival and each fears pulling the first thread. If the monarchy has failed politically, it is also because the media would not have allowed it to succeed.

Harry eloquently addressed the media’s role when he described the entrapment of his father and brother within the Royal Family and the “control by fear” exercised by the British tabloids. He speculated that, it wasn’t that the UK as a whole was racist, but “if the source of information is inherently corrupt or racist or biased then that filters out to the rest of society”.

An all-out assault by the British media is, of course, another phenomenon that both Diana and Meghan shared. The press established early on that it didn’t trust Meghan and expected her to play by the rules – determined, of course, by the media itself.

Two days after Harry and Meghan’s wedding, a Daily Mail editorial noted that Meghan had proclaimed herself “proud to be a woman and a feminist” and that “these are admirable sentiments, but may we strike just a note of caution? She must be careful that her enthusiasm for these causes doesn’t allow her to be pulled into the political fray. To survive, the monarchy must remain scrupulously neutral”.

This was, of course, false. The monarchy is not there to be scrupulously neutral about social justice, racism or feminism – because no such neutrality can exist. The monarchy is, and always has been, a political institution. Its only red line is to stay silent on party politics. Meghan had the audacity not to be political, but to be someone the media found politically objectionable.

The real point here is the source of power: the Royal Family, like the Government, functions not for itself but for the people. If a majority actively supported abolition, then the monarchy would not survive. But institutions are seldom brought down by an amorphous public, which cannot easily act upon real-time views, but through the power and whim of newspaper editors, who can. 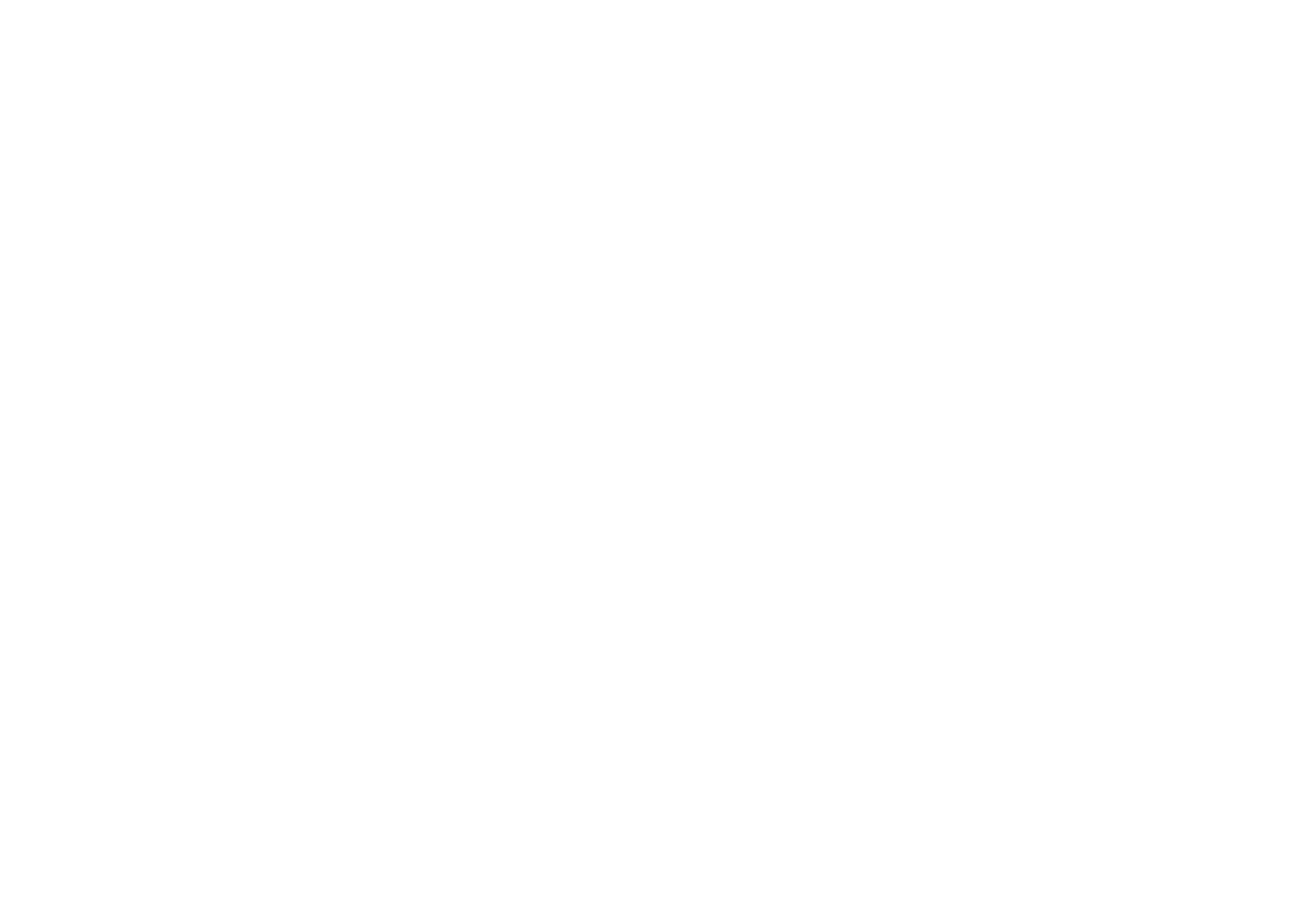 Will End of the Queen’s Reignbe Britain’s Deepest Crisis?

Senior members of the monarchy may not be the country’s greatest victims, but a gilded cage is still a cage.

Harry and Meghan were trapped within a network of co-dependency: the monarchy needed them to boost its public image and they needed the monarchy to provide protection and financial assistance. Neither worked.

The story of Harry and Meghan’s royal life is one of failure. The monarchy had the chance to change itself and, in a small way, to change Britain – and could not. Terrified of losing public relevance and affection, it rejected the steps to guarantee both.

In the end, the Royal Family will have to answer for the role it played in the couple’s distress. But the political failure goes far beyond them. Harry and Meghan were driven from this country by prejudice and this is an indictment, not just of a family, but a nation.