Although Matt Hancock has (falsely) claimed that there was never a shortage of PPE in the NHS, his department embarked on an unparalleled procurement drive at the outset of the pandemic.

All these calculations are based on November 2020 consumption rates. As mass vaccinations are rolled out and the country returns to relative normality, it’s also likely that demand will drop markedly – meaning the stock will likely last for several more years.

The Government procured a lot of PPE when the country needed it most. Many people will say that’s a good thing.

However, the DHSC’s chaotic procurement system meant the country purchased far more than it needed, at inflated prices, often without competition.

Indeed, in September 2020, the Government pledged that it would buy a stockpile of PPE equivalent to 120 days of “reasonable worst-case” demand for England. This was largely in response to the fatal deficit of PPE seen in England at the outset of the crisis, with just two weeks’ worth of supplies held by the Government – including aprons to last six days. 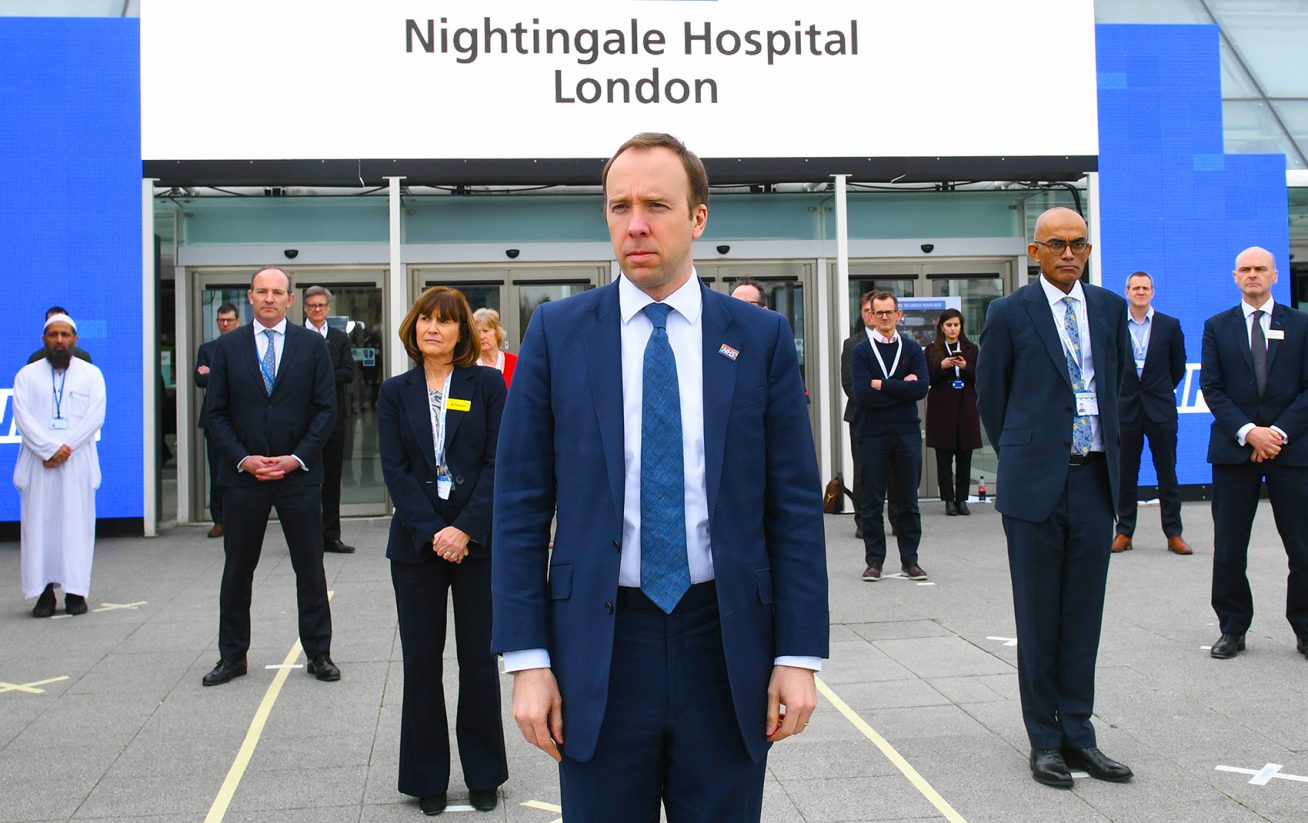 Yet, whereas the Government estimated in November that it needed 52 million eye protectors to match 120-day demand, the stockpile contained as many as 812.5 million. As for IIR face masks, while 120-demand is estimated at 693.9 million, the UK had stockpiled more than 5 billion. And though 55.4 million gowns are needed to achieve the quota, the DHSC had 342.9 million.

The cost to the taxpayer of this equipment has been staggering. The UK was forced to purchase supplies during the first wave of the pandemic, when countries around the world were scrambling for their share – causing prices to multiply overnight. The demand was significantly higher than the Government’s previous models for the amount of PPE that would be needed during a flu pandemic: an 820% increase in demand for aprons, 388% for gloves and 125% for face masks.

Consequently, the DHSC significantly overpaid for the equipment. In November, the National Audit Office (NAO) reported that if the country would have been able to purchase PPE at the same unit prices as 2019, it would have paid £2.5 billion. At the time of the NAO’s report, the DHSC had approved up to £15 billion of PPE spending in 2020/21.

What’s more, as the NAO also identified, £10.5 billion in Coronavirus-related contracts had been awarded by the Government without competition – a large number for the procurement of PPE. Taking advantage of emergency rules, the Government awarded deals directly to firms, without inviting bids from multiple competitors.

This process has, in itself, been criticised by the NAO, which said there was “a lack of documentation recording the process for choosing the supplier, the justification for using emergency procurement, or any considerations around potential conflicts of interest”.

The spending watchdog also noted that firms channelled through the Government’s ‘VIP’ lane – for companies with ties to ministers, MPs and officials – were 10 times more likely to win a contract than other firms.

Ultimately, a number of companies with Conservative Party connections benefitted from this scramble for supplies. As Byline Times has revealed, contracts worth £900 million have been awarded to firms that have donated £8.2 million to the Conservatives, either directly or via their owners.

Several of the beneficiaries also have direct ties to Hancock, including one firm – awarded a £14.4 million PPE contract – owned by a family friend. A firm chaired by a senior Government procurement advisor even won a £38 million deal.

Meanwhile, despite this gargantuan Government outlay, ministers have insisted there isn’t enough money in the coffers to give NHS staff more than a 1% pay rise.

The DHSC has not responded to Byline Times’ request for comment.