The guns in Karabakh, for the time being at least, have fallen silent. Since the 10 November ceasefire deal signed between Armenian Prime Minister Nikol Pashinyan and Azerbaijani President Ilham Aliyev (as well as by its broker, Russian President Vladimir Putin), no combat has occurred between the warring sides. The 44 days of all-out combat have ended, with a significant Azerbaijani victory.

But comments made during a new interview with Putin indicate the war could have ended as much as three weeks earlier – and on much better terms for the Armenian side, had they not refused it. In an extensive interview on 17 November, Putin explained a peace deal was on the verge of being secured in mid-October.

“On 19–20 October, I had a series of telephone conversations with President Aliyev and Prime Minister Pashinyan,” he said. “At that time, the Armed Forces of Azerbaijan regained control over an insignificant part of Nagorno-Karabakh, namely, its southern section. On the whole, I managed to convince President Aliyev that it was possible to end hostilities, but the return of refugees, including to Shusha, was a mandatory condition on his part.

“Unexpectedly for me, the position of our Armenian partners was that they perceived this as something unacceptable. Prime Minister Pashinyan told me openly that he viewed this as a threat to the interests of Armenia and Nagorno-Karabakh.” 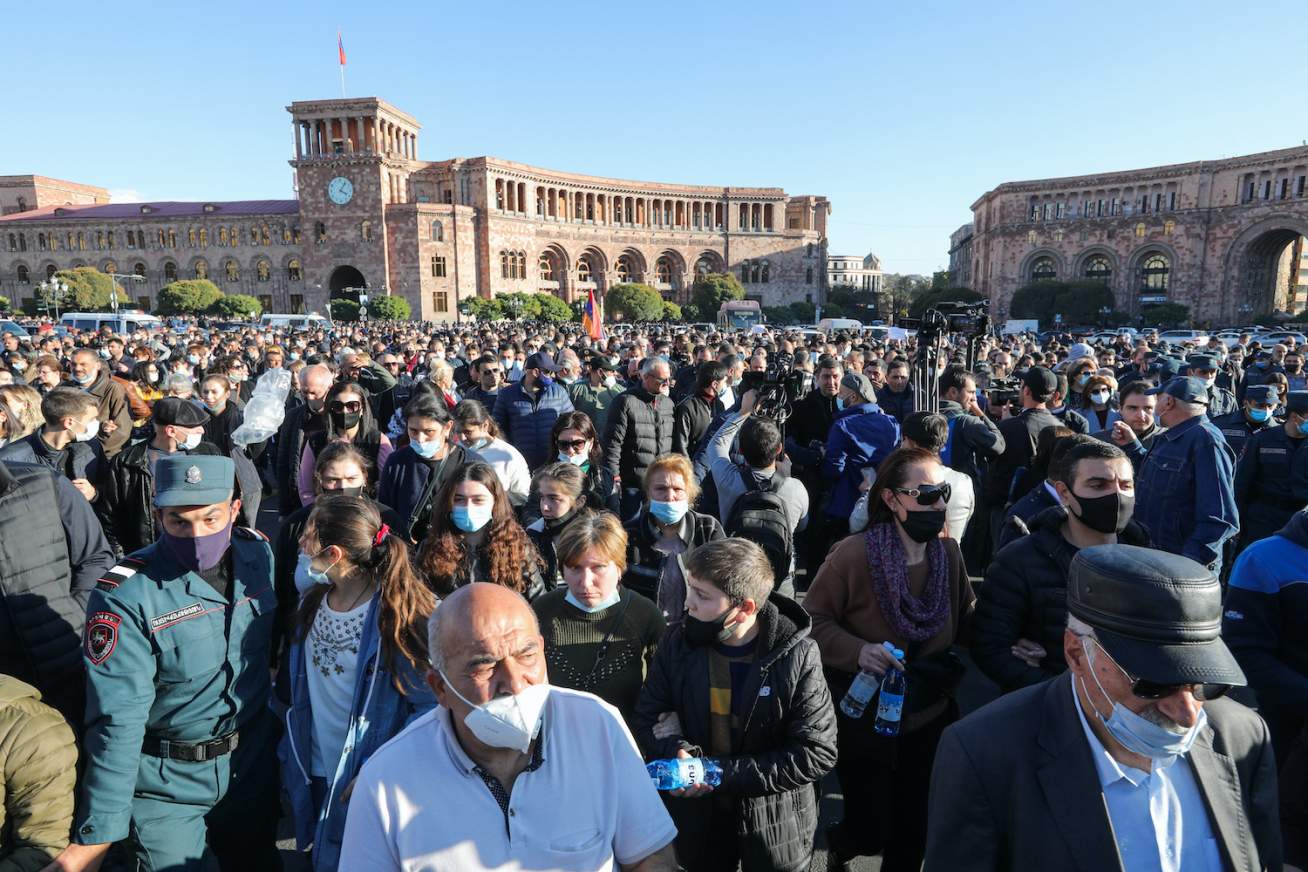 Rage and Grief as Armenia Loses its War With Azerbaijan

Did Pashinyan really refuse a deal that would have ended the war in half the time it ended up lasting, and which would have retained Armenian control over Shusha – the fortress town whose loss marked the effective end of the war? Based on Putin’s the response of the two leaders seems the opposite of what one might have expected. With Armenia clearly on the back foot and Azerbaijan’s forces advancing, it seems reasonable that Pashinyan would have been keen for a ceasefire, while Aliyev would press for more.

“It’s mind-boggling,” said Paul Stronski, senior fellow at the Carnegie Endowment’s Russia and Eurasia Program, on Pashinyan’s apparent refusal of the October 20 deal. “He accepted a far worse deal several weeks later, and his decision not to take it led to countless extra deaths,” he said.

“My gut tells me he didn’t think he would survive politically [if he accepted],” Stronski added, noting that Pashinyan may have also believed Armenian forces could have eventually retaken the territory lost to that point. The belief that this would eventually happen – as it did in the original war in the 1990s, when Armenia at several times lost control of wide swathes of Karabakh, only to later regain them – was a common refrain in Armenia’s capital Yerevan during the last two months.

“Pashinyan understood that this would be regarded [in Armenia] as a serious defeat,” agreed Fyodor Lukyanov, editor-in-chief of the magazine Russia in Global Affairs. “He probably hoped that the military situation would improve, but the opposite happened.”

The involvement of Turkey – a country which evokes strong emotions in Armenia, as the successor state of the Ottoman Empire, perpetrator of the 1915 Armenian genocide – likely complicated matters as well. “I think the Turkish entry into the conflict turned the war into an existential battle, shaping the stakes on the ground for Pashinyan,” says Anna Ohanyan, professor of political science and international relations at Stonehill College.

For Pashinyan to refuse the deal is one thing. For Aliyev to accept it, given his consistent maximalist rhetoric about liberating “all of our occupied lands,” is another. It’s possible that even Azerbaijan’s president himself did not expect the military successes his forces would achieve over the next three weeks.

“Aliyev probably did not think that he would be able to go further [than the occupied territories],” said Lukyanov, referencing the ‘seven occupied districts’ of Azerbaijan that surround the former Nagorno-Karabakh Autonomous Oblast. “The rhetoric in this conflict has rarely reflected real intentions,” adds Lukyanov. “I think Aliyev himself did not expect the Armenian side to fare so poorly [on the battlefield].”

At the time the 20 October deal was in place, Azerbaijani forces had seized significant territory but had not delivered a knockout blow. They had advanced along the southern flatlands, capturing former regional centres like Fuzuli and Jabrayil, but were still far from penetrating Karabakh’s mountainous interior, including Shusha itself.

The practical concerns of actually conquering and administering the 55,000-strong Karabakh capital of Stepanakert, as well as what remained of its population, likely played a role in Aliyev’s thinking as well. “Retaking all of Karabakh would have brought a large and restless [Armenian] ethnic minority into Azerbaijan,” Stronski said. “Or the prospect of large-scale ethnic cleansing to get rid of that population, which would have brought international condemnation,” he added.

In the early hours of 10 November, following the signing of the peace deal, protesters took the streets and smashed government buildings while chanting slogans such as ‘Nikol traitor’. It is a chant that has continued to be used by demonstrators ever since. But during the Putin interview, the Russian leader directly rebuffed this. “These accusations of treason against [Pashinyan] are absolutely baseless,” he stated. “There was certainly no treason here.” Given the rocky relations between Pashinyan, who came to power in a broad revolution in 2018, and the Russian leader, Putin’s defence comes as something of a surprise.

“Naturally, there is no sympathy for him [in Moscow],” said Lukyanov. “[Pashinyan] did a bunch of stupid things [in the last two years] that only exacerbated Moscow’s suspicions. At the same time, however, Moscow did not provide any support to his opponents in Armenia.”

Lukyanov also does not see any evidence that Moscow hung Pashinyan (and Armenia) out to dry in the recent war. “As far as I know, many weapons have been delivered to Armenia over the past weeks, openly or not. The military provided assistance,” he said.

“Karabakh is a completely different matter,” says Lukyanov. “Russia would never have fought for Karabakh, and Yerevan knew this very well. There was no reason to expect that someone would help keep the officially recognised territory of another state under Armenian military and political control.” 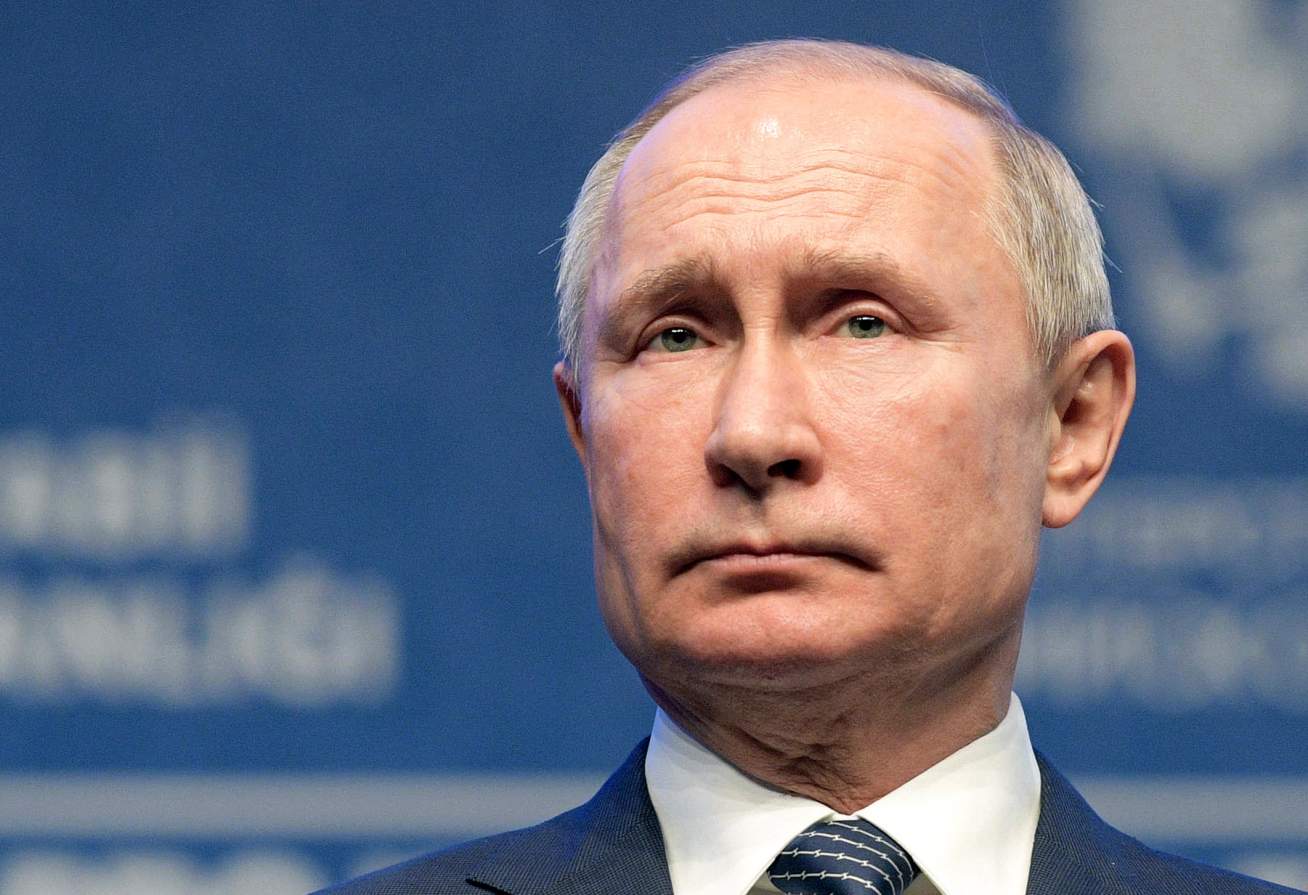 Russia Could Have Betrayed Armenia for Oil and Gas

There is also little indication the Kremlin was attempting to punish Pashinyan for his perceived unreliability by forcing him to take a worse deal on Karabakh than one that would have been offered to his authoritarian predecessors. “Moscow was never a real fan of Serzh Sargsyan, either,” said Stronski, of Armenia’s 2008-2018 leader whom Pashinyan deposed. “Russia was in a tough bind. It could either intervene on Armenia’s behalf, which would have fully alienated Baku. Or, it could stand back, let events play out and eventually broker a ceasefire.”

As protests in Yerevan continue, there is little indication that Russia wishes Pashinyan gone – or that he will ultimately fall as a result. “Putin has gotten used to dealing with Pashinyan,” added Stronski. “A weakened Pashinyan probably suits him just fine.”Meanwhile, the bitter results of this current war will echo in Armenia for years.

“This war has been the strongest stress for Armenia’s fragile democratic institutions, and depending how this crisis is handled, the prospects of Armenia’s democracy will be shaped accordingly,” said Ohanyan. “The Karabakh conflict has always been a challenge. It will now loom large for Armenian politics in years to come.”