Russia Could Have Betrayed Armenia For Oil and Gas

Russia’s strategic partnership with energy-rich Azerbaijan prevailed over Moscow’s military alliance with the landlocked Armenia. Weeks after their defeat in Nagorno-Karabakh, many in the Armenian capital Yerevan are wondering why the Kremlin refused to openly support its ally and member of both the Collective Security Treaty Organization (CSTO) and Eurasian Economic Union. The reason could lie in Russia’s lucrative energy deals with Azerbaijan.

Just 20 days before the war in Nagorno-Karabakh broke out Azerbaijan’s President Ilham Aliyev sent a congratulatory letter to Igor Sechin, Chief Executive Officer and Chairman of the Board of Directors of Public Joint Stock Company Rosneft Oil Company. 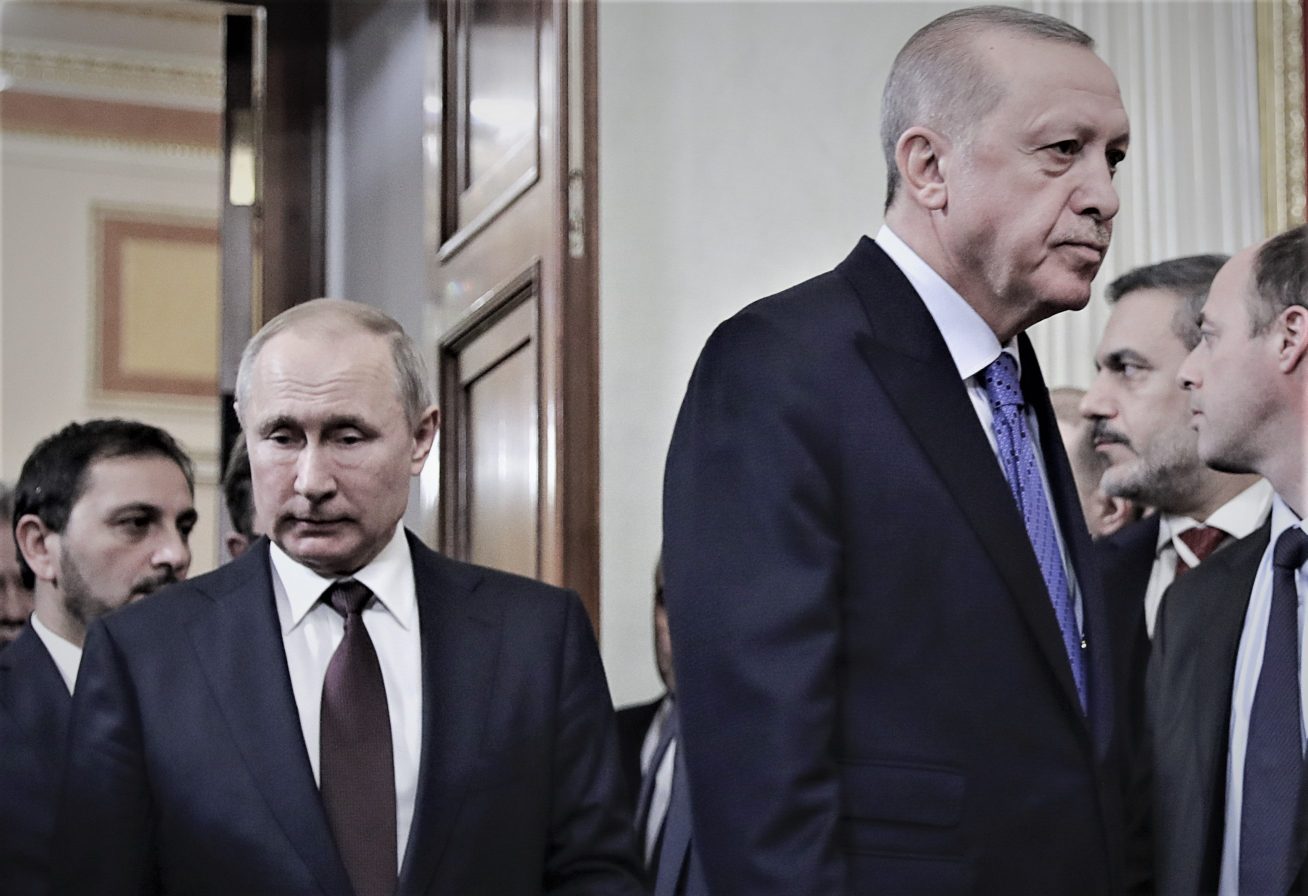 Putin’s Gameplan in the Armenia-Azeri Conflict

Rosneft – Russia’s leading oil corporation – is the third largest company in Russia and the second-largest state-controlled company after Gazprom in terms of revenue. Besides Sechin, another Rosneft chairman is former German Chancellor Gerhard Schroeder, whose father died in World War Two fighting the Red Army. Schroeder is also chairman of the shareholders’ committee at Nord Stream AG, a Gazprom-led consortium established to build a pipeline carrying Russian natural gas across the Baltic Sea.

In January 2012, Gazprom Export and Azerbaijan’s SOCAR signed an addendum to a natural gas purchase and sales contract that concluded in October 2009. SOCAR and Gazprom are now the drivers of both Russia’s and Azerbaijan’s economies.

After the collapse of the Soviet Union both nations turned into post-industrial societies that heavily depend on energy export. Russia continues to be the most influential player in the southern Caucasus, although its positions could be weakened as Turkey’s influence continues to grow. Ankara is a major ally of Azerbaijan and Moscow’s biggest competitor in the region.

Although the conflict in Nagorno-Karabakh resulted in deployment of almost 2,000 Russian peacekeepers near Stepanakert, the region’s capital, it is only a matter of time before Turkish troops join Russian forces. In the mid-term, Turkey could also establish a military base in Azerbaijan, which would be a huge blow for Russia, especially if a potential facility is located near the border with Russia’s restive Republic of Dagestan.

The whole region is of crucial importance for both, Moscow and Ankara, since it has significant natural gas and oil reserves. For Turkey’s economy, one of the major pipelines is the Trans-Anatolian Natural Gas Pipeline (TANAP). It is the central part of the Southern Gas Corridor, which connects the giant Shah Deniz gas field in Azerbaijan to Europe through the South Caucasus Pipeline and the Trans-Adriatic Pipeline.

According to the experts, the TANAP pipeline can pump some 16 billion cubic meters of gas per year, six of which go to Turkey and the rest to European countries. Given that Moscow carefully avoided spoiling its relations with Azerbaijan during the conflict in Nagorno-Karabakh, Russia could soon take part in the TANAP.

Moscow is reportedly interested in transporting Russian natural gas via the TANAP. Russian gas can be delivered to Azerbaijan via the Mozdok–Makhachkala–Kazi-Magomed pipeline, from where it can be injected into TANAP via the South Caucasus Pipeline. In January, Russian Ambassador to Azerbaijan, Mikhail Bocharnikov, announced this could be a possibility. “Who knows, maybe our gas will flow through the TANAP system one day, I wouldn’t exclude it”, said Bocharnikov.

The implementation of such a project would require a political deal between Moscow, Azerbaijan and Turkey. Russia, already has a history of important energy agreements with Azerbaijan, despite also having formal alliance with the country’s archenemy Armenia.

“Heydar Aliyev, leader of our nation saw Russia as Azerbaijan’s reliable strategic partner and laid special emphasis on the importance of cooperation in the economic and fuel and energy sectors for the development of intergovernmental relations”, Rovnag Abdullayev, the CEO of the SOCAR, wrote in 2013.

In January this year, Russia’s Lukoil announced its plans for new joint projects in the Caspian Sea with SOCAR. “We are discussing a number of projects, including the Nakhichevan block, the offshore block and the so-called transition zone in the north of Absheron. At least our geologists consider them promising”,  the Lukoil Chief Executive Officer Vagit Alekperov told reporters at the World Economic Forum meeting in Davos.

Azerbaijani President Ilham Aliyev and Lukoil CEO reportedly also discussed the issue of the company’s participation in the development of Nakhichevan and Goshadash fields. The agreement on joint exploration of the oil and gas potential of the Goshadash block was signed on 1 September 2018 in Sochi as part of Aliyev’s visit to Russia. 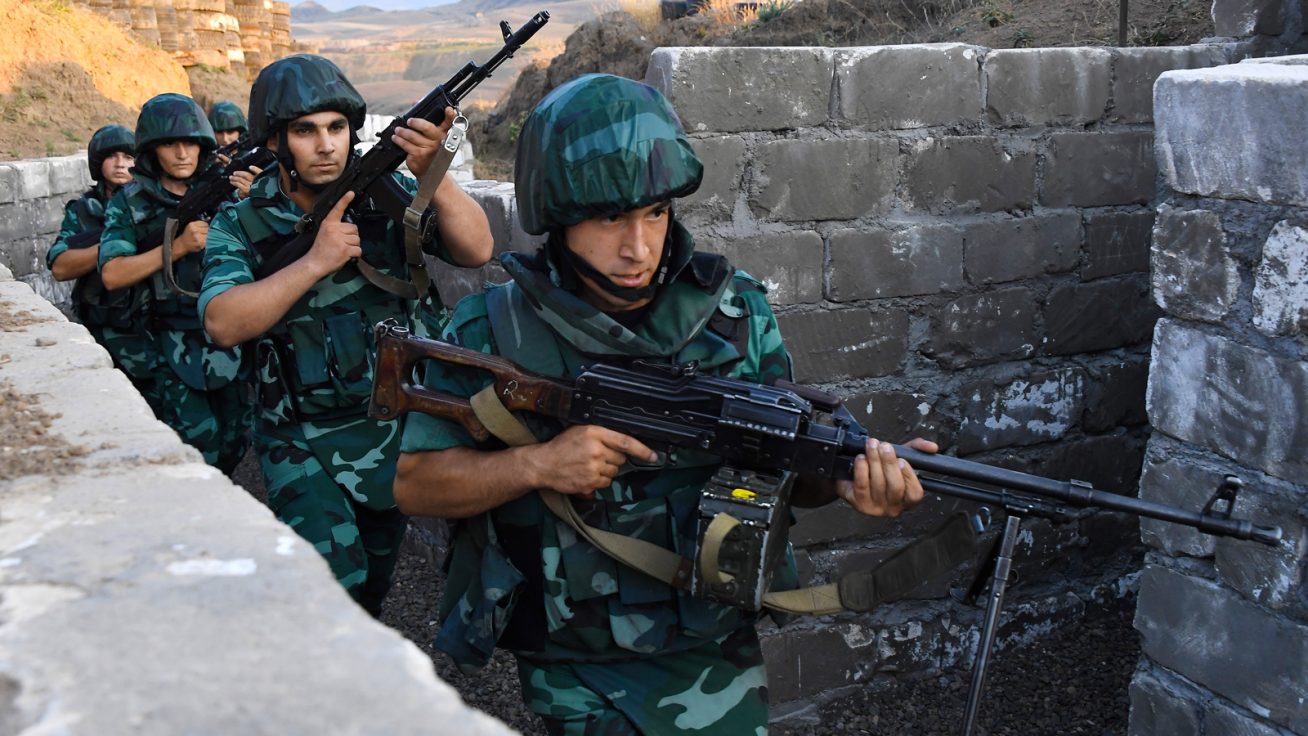 For Moscow business ties with Azerbaijan seem to have a priority over relations with Armenia. However, in the past Russia benefited from selling weapons to both countries. Right after the 2016 Nagorno-Karabakh conflict, also known as the Four-Day War, then Russian Prime Minister Dmitry Medvedev said that if Moscow stopped selling arms, both countries would simply seek new suppliers.

“They would buy weapons in other countries, and the degree of their deadliness wouldn’t change. But at the same time, this could to a certain degree destroy the balance” he told Russian state television following visits to the capitals of Armenia and Azerbaijan.

In the meantime, Azerbaijan bought modern weapons from Turkey and Israel. It is believed that Turkish and Israeli drones played a major role in the Nagorno-Karabakh war, since they provided Baku an air supremacy over the Armenian forces. Russia, on the other hand, refused to militarily intervene and help its ally. Instead, the Kremlin focused on its business interests in the region. It remains to be seen if Russian energy giants such as Rosneft, Gazprom and Lukoil will benefit from the war in Nagorno-Karabakh.