Notting Hill, though just over one-and-a half square miles, is not only home to every nation colour, class and creed under the sun but was described by the BBC as both “the most unequal place in Britain” and the “UK’s richest borough”.

It is a place where the good, the bad and the ugly realities of inner city life coexist. It was the site of the 2017 Grenfell Tower disaster that hammered home the area’s gross disparities. As the ‘Grenfell Next of Kin’ group recently stated: “Systematic racism goes deep to the heart of the problem that caused the catastrophe.”

North Kensington, once known as Notting Dale and now the Lancaster West Estate, has certainly suffered the inequities of bigotry and inequality since the mid-19th Century when its residents had an average life expectancy of 11 years and child mortality was 87%. Part of the 20-feet high brick wall that the authorities built in 1864 to separate the well-to-do St James Gardens area from the adjoining poverty-stricken slum, still remains on Wilsham Street today.

Successive Conservative local authorities have done all they can to ensure this prejudice remains.

To the west of Clarendon Road, vast swathes of green private gardens such as Ladbroke Square are still only accessible to the rich, whose homes surround them. While in Notting Dale, today’s Lancaster West Estate, such verdant luxury is conspicuous by its absence. Here there is anti-social social housing with big blocks of concrete that accommodate hutches full of poor working-class people from from all over the world.

The grandparents of many residents, including my grandfather who walked from Wales in 1936, came to the area during the 1930s Depression and settled. The rich, irritated by this influx, divided their properties into flats and rooms and fled to the greenbelt. In their place came thousands of under-privileged many of whom – just as now – worked as servants for the nearby affluent in Kensington and beyond.

The End of Rent Control

Rent was controlled during and after the Second World War but, in July 1957, Conservative Prime Minister Harold MacMillan looked after his own and passed The Rent Act, which ended the controls and allowed landlords to charge whatever they wanted to new tenants.

As a direct consequence, slum landlords such as Peter Rachman took advantage of the new law and moved in. His thugs, named ‘The Heavy Glove Men’, were repeatedly paid to clear houses of sitting tenants. Threats and snarling Alsatian dogs were used initially. Next, they would turn off the utilities smash the toilets and windows or tear off the roof. If all that failed, they simply smashed the door down, beat up the occupants, and threw them out with their belongings onto the street.

Once empty, they sub-divided large properties into flats and let rooms to dirt-poor migrants from the West Indies, along with the Irish and Welsh at hugely inflated rents. A slum landlord’s double bedroom in 1960 with a toilet and kitchen shared between as many as 20 people was £3 a week – 60% of an average working-class wage. 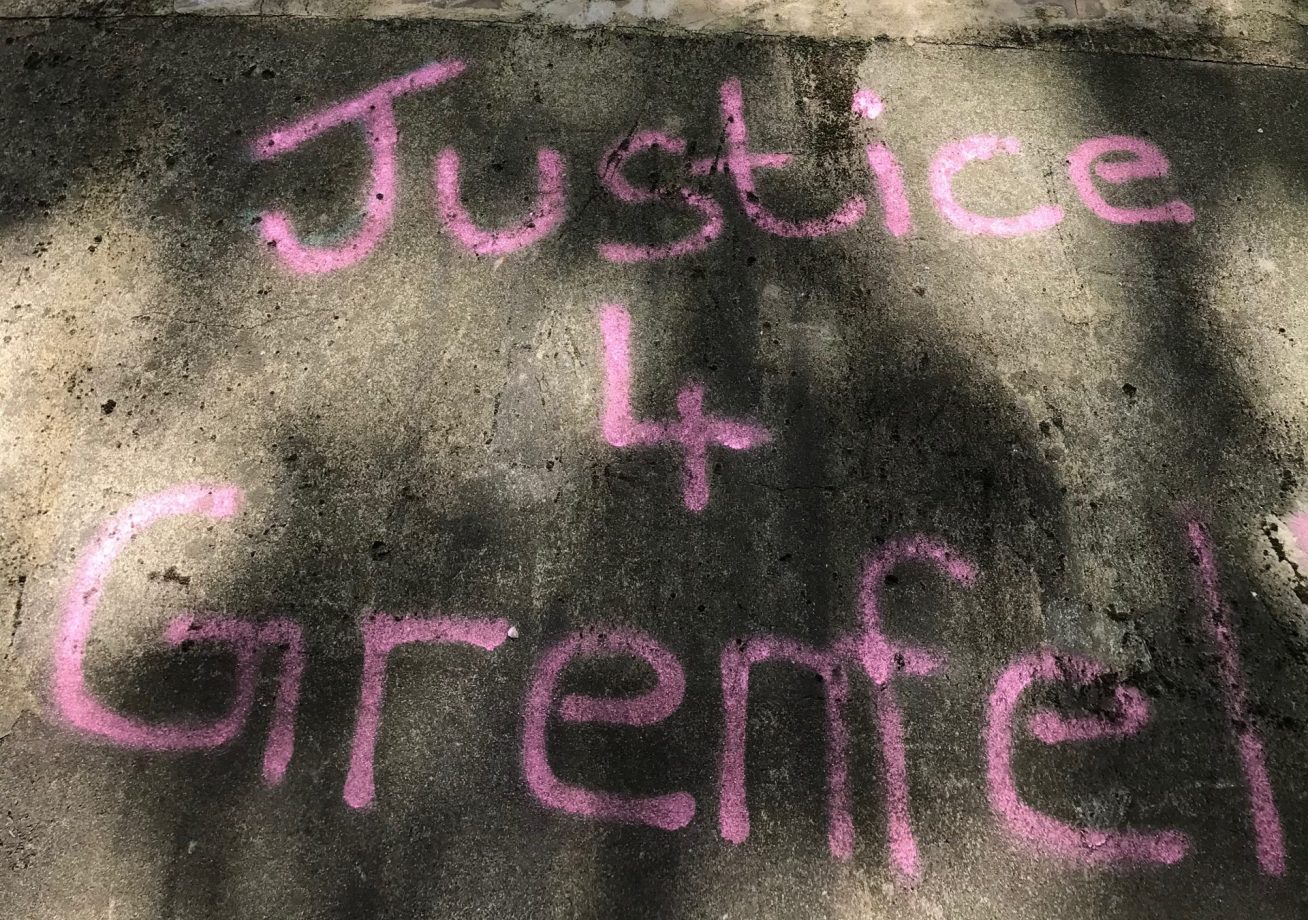 The Notting Hill Race Riots of 1958 – egged on by white, upper-class, fascist agent provocateurs – were a direct result of the Rent Act.

In just a few years after the Act was introduced, it was estimated that Rachman had acquired more than 150 run-down mansion blocks and several nightclubs – empire-building which caught the attention of the Kray Twins, who initially leant on him heavily for ‘protection’.

Around 7,000 black people had settled in Notting Hill, mostly in the Colville area, which became known as ‘Brown Town’. Conditions worsened after Rachman handed control of his houses to black sub-landlords such as Michael De Freitas, and deteriorated even further as his former henchmen tried to wring a profit out of the waning slum, while Rachman rode around gloating in a chauffeur-driven brand new Rolls Royce.

The End Of Rachman

But it didn’t all go Rachman’s way. At the start of the 1960s, he became embroiled in the Profumo Affair – an establishment scandal in which 19-year-old Christine Keeler was exposed as having sex with both Eugene Ivanov, a naval attaché at the Russian Embassy in London and a known spy, and the Secretary of State for War, John Profumo.

The furore caused Macmillan to resign and Labour to be elected in a landslide in 1964.

Both Keeler and her friend, Mandy Rice-Davies, had also been Rachman’s mistresses and had lived at his luxury Mews flat in west London. Just a year after the scandal broke, Rachman had two heart attacks and died aged 43.

However, this didn’t deter property owners who bullied, bribed and bought out most of the working-class locals for bargain basement prices.

Westway for the Rich

BBC London radio host Robert Elms’ entire family were moved on from Notting Dale to make way for the Westway development of the mid-1960s.

“It has always struck me as somehow being a bit sneaky that nice bourgeois architects and academics convinced working-class people that the houses were unfit for human habitation then moved in like a shot when the oiks moved out in the mid to late sixties,” he says.

In 1962, the Conservative Government and the Greater London Council decided to build the elevated highway – a 2.5-mile section of the A40 – to get the rich out of inner London and into the shires in record time. Thousands of compulsory purchase orders were issued and the area of Notting Dale – a wonderful melting pot of exotic food stalls, shebeens, spielers totters, rag and bone yards, bordellos, bodegas, boozers, butchers and betting booths – was totally destroyed.

Those whose houses weren’t purchased later suffered extreme pulmonary disorders, and even death, due to the dust and pollution they consumed while living on a building site for eight years. There was no legal obligation to compensate them.

At the Westway’s opening ceremony on 30 July 1970, protestors heckled Michael Heseltine, a junior minister for transport. Two years later, it had been assessed that approximately 5,000 families had lost their homes for each mile of the Westway.

“Its construction caused huge destruction to a tightly-knit community and was essentially a failed experiment,” says Niles Hailstones of Westway 23 – a group created to fight for community rights. “Through its construction, a stretch of 23 acres of derelict land was created beneath it. Through the direct actions of the local community, the 23 acres were given to the local people as compensation for their continued suffering.”

Boris Johnson’s Government has recently revealed plans to tear up the national planning permission rules that have been in place since the Second World War.

It wants to take the greater part of the decision-making process out of the hands of local councils and therefore local communities. The Conservative Party’s track record indicates that the changes are likely to benefit the rich and not the poor. 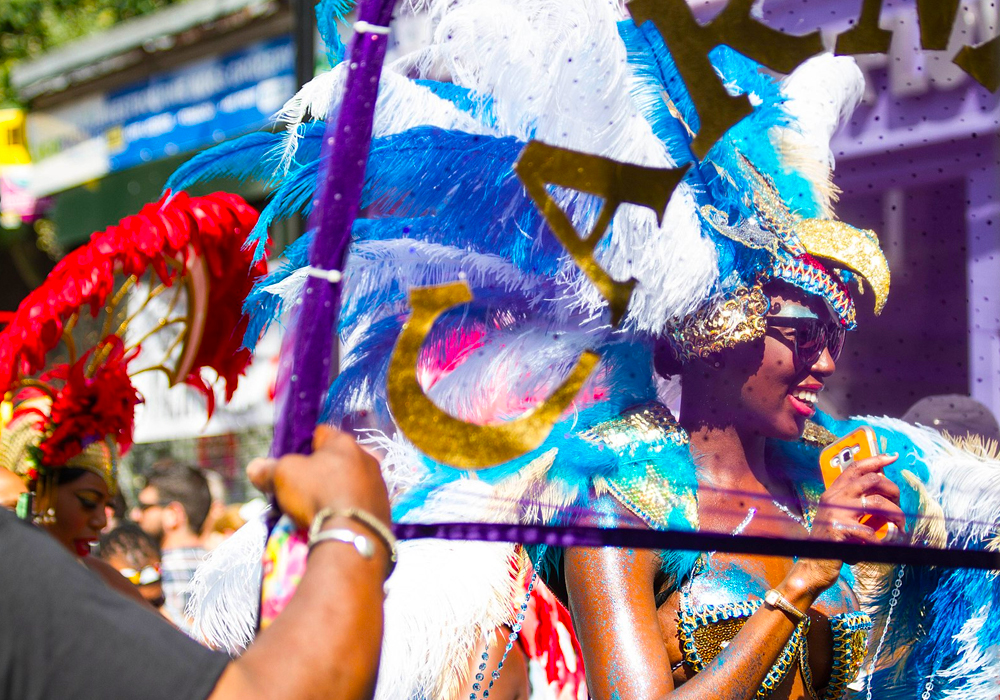 The Government claims that deregulation will speed up the planning process and allow more affordable homes to be built. Yet, the existing planning system is not in any way standing in the way of providing dwellings, with Local Government Association records showing that close to 90% of planning applications are given the green light, while there are more than a million homes with planning permission that have yet to be constructed.

As Notting hill has proved, the destruction of homes and thus communities, and the subsequent construction of ill-advised buildings and roads, can affect us for generations to come, result in crime and anti-social behaviour and, as Grenfell demonstrated, negligence and death.

During his tenure as Mayor of London, Boris Johnson encouraged re-development by investors who turned the city into the money laundering capital of the world, but also divided it further by class and income. What will he do now as Prime Minister?