Jonathan Fenton-Harvey reports on how ordinary people have stepped in to pick up the pieces in the wake of the explosion in Beirut, which shockingly laid bare the country’s corrupt status quo

The explosion which devastated Beirut’s port worsened an already severe economic and humanitarian crisis in Lebanon, and further exposed the corrupt elites who hold the Lebanese people hostage.

Although news coverage of the explosion died down after initially receiving extensive international attention, the situation is still critical.

Restoring the damage is estimated to cost around $10-15 billion (approximately £7.5-11 billion). This comes after the Lebanese currency became devalued by 85% since October 2019, while more than half of the population are trapped in poverty and struggle to afford basic necessities. The Coronavirus crisis has exacerbated this further.

But thousands of citizens and several NGOs have worked to pick up the pieces and help those most impacted – filling the void left from a lack of governmental support.

Following the horrific incident on 4 August, triggered by ammunition nitrate dangerously stored at the port, the immediate focus was providing food aid to victims – the explosion destroyed food stocks – while 90% of Lebanon’s food imports previously came through Beirut’s port. 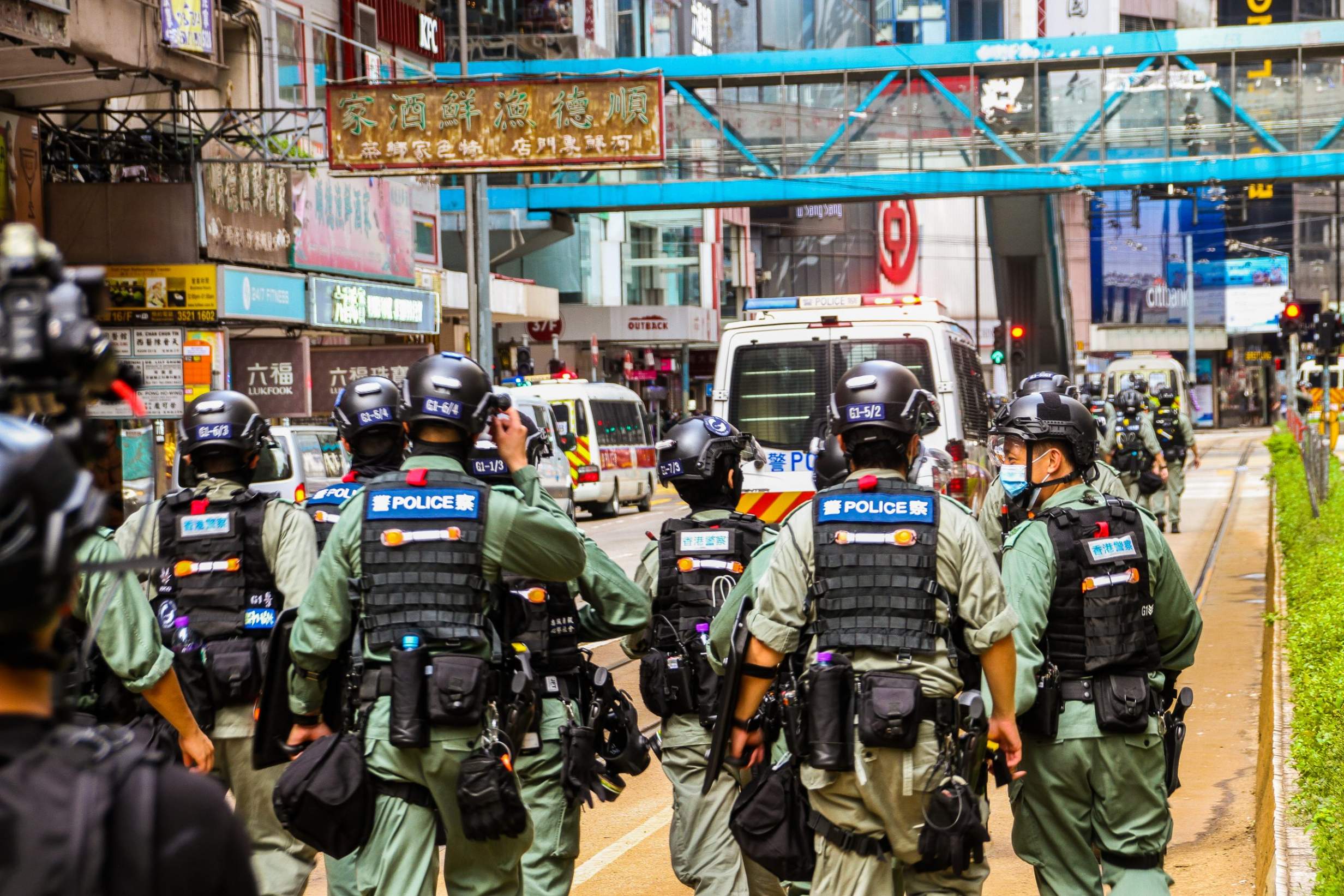 “With the aid of other NGOs, we were able to offer help to many families,” Rola el Mourad, founder and president of Lebanon’s 10452 political party, told Byline Times. “For example, we provided wood and metal repairs, distributed refrigerators, stoves, furniture, and medicine, and secured homes or shelters for those whose houses were destroyed.

“The immediate focus of most NGOs and foreign aid was providing food, resulting in an excess of food donations whereas other needs, such as house repairs and mental health care, were lacking.”

Picking Up The Pieces

More than 200 people died and more than 6,000 were injured in the explosion, while around 300,000 people became homeless as most houses near the port were destroyed.

Many in Beirut wanted to offer shelter to displaced individuals, but had no way of contacting them. To get around this, 20-year-old Sary al Shamandy, who volunteers for the Lebanese Red Cross, created the platform ‘Open Houses Lebanon’ with a group of other university students to put hosts in touch with those needing accommodation.

“Three days after the explosion, we took the necessary equipment and started entering and cleaning houses, and likewise for the streets,” al Shamandy told Byline Times. “We cooperate with each other from different regions and religions. Our goal is one: the reconstruction of our country.

“We started entering the houses and I was surprised that most of them are old women alone. I talked to them and asked questions to alleviate their pain, but the pain and tears in their eyes remain clear.

“I noticed that a lot of people wanted to help and were offering their homes and hotels as shelter for those in need so I created ‘Open Houses Lebanon’ to connect them together and get as many people into proper homes as possible.”

A petition for France to retake Lebanon under a mandate received more than 50,000 signatures in less than 24 hours.

Providing mental healthcare for the many traumatised individuals also become a key focus for NGOs.

“There are scenes that cannot be expressed in words because they remain engraved in the heart and memory,” al Shamandy added. “They make us want to stay in Beirut with its people and in their homes because they are in dire need of patience and support – it is not just material, but also moral and psychological, which is the most important in my opinion.”

Anger was directed at the Government for its responsibility in the explosion, with protests erupting in Beirut. Lebanon’s entire Cabinet resigned on 10 August, with the Foreign Minister citing a “failed state” with a lack of reformist will.

In October 2019, large protests began against corruption, the economic crisis and the lack of social security and medical systems, as well as high unemployment. Up to one million people reportedly joined some of the demonstrations.

Despite calls for elections, many believe that this alone will not address the deep-rooted corruption within the political system.

“Lebanon is atop the list when it comes to corruption, from the clientelist system implemented by the elites, to day-to-day activities from ordinary citizens,” Hadi Wahhab, a Beirut-based Middle East expert and PhD graduate of the University of Exeter, told Byline Times. “In Lebanon, you can make the impossible happen with money.”

“By looking at the neglect that caused the explosion, one can see clearly how dysfunctional and corrupt the system itself is,” he continued. “Then look at the investigation into it. Who dares arrests a minister or a political figure? It will lead to a new civil war. As the saying goes: ‘laws are made for small birds but destroyed by big birds’. In Lebanon’s case, the small birds may be arrested, but the big birds will remain free.

“[The corrupted elites] are still controlling the political scene. They are the ones who will name a new Prime Minister, Cabinet members and everything will remain under their control, from police officers all the way up to the judicial system.” 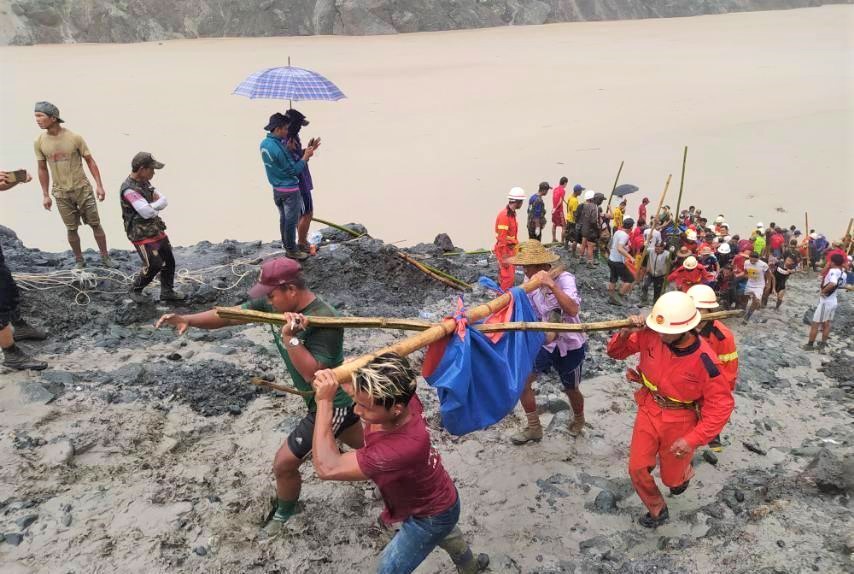 Rola el Mourad believes that reforming the judicial system is essential for creating a fairer system without corruption.

“We wish for the military to take action, using its power to capture and imprison the corrupted politicians, subjecting them to a trial in front of a fair and unbiased judiciary system,” she said.

Due to global coverage of the explosion, various fundraising initiatives received a lot of support, while many governments around the world pledged aid to Lebanon.

Concerns remained, however, that such governmental help would not directly benefit the Lebanese people and would simply help the elites and reinforce the country’s status quo.

One world leader to visit Beirut following the explosion was France’s President Emmanuel Macron. Some criticised this as a ‘white saviour’ photo-op – particularly given France’s colonial mandate over Lebanon after the First World War – but, despite any ulterior motives from Paris, a petition for France to retake Lebanon under a mandate received more than 50,000 signatures in less than 24 hours, highlighting the severe desperation and frustration people feel towards the elite.