China’s strategy for the former British colony is unique – to encourage self-censorship through fear. Tommy Walker reports from Hong Kong

Escorted in handcuffs from his home by police, the billionaire was publicly marched through the office cubicles of his company headquarters. Dozens of sky-blue shirted officers lined up in the hallways of the building, in a clear show of power against the tycoon.

It was a watershed moment in Beijing’s clampdown on Hong Kong, where self-censorship is being encouraged through fear.

The Law Sweeping the City

To date, there hasn’t been a more high-profile arrest under the National Security Law than Jimmy Lai.

Not only is he a wealthy, outspoken activist who has challenged the Government, Apple Daily is arguably the only pro-democracy newspaper in Hong Kong. Arresting its founder is a strong statement against democracy and freedom of speech.

Before his arrest and just minutes after the National Security Law was passed on 30 June, Lai claimed that it signalled the “death of Hong Kong”.

At the time, however, he wasn’t convinced that the law would have any immediate effects. “We just relax and see what happens,” he told Byline Times. “What can I do worrying about it, what does it do for me?”

Others, however, were more fearful. Pro-democracy activists and even casual sympathisers were frantically deleting past social media posts, wary of the potential ramifications. Others deleted social media altogether.

While the law states that it cannot be applied retroactively, self-censorship in the city had already begun before it came into force.

Under the ‘one country, two systems’ agreement signed by the UK and Hong Kong in 1997, after the city was transferred back to Chinese rule, it was promised that Hong Kong would retain a ‘high degree of autonomy’ until 2047.

The National Security Law prohibits secession, subversion, terrorism and collusion with foreign forces, and its details can be widely interpreted. Even non-Hong Kong residents who violate the law, in the city or overseas, can be prosecuted.

It is therefore widely believed that China has violated the 1997 agreement and effectively scrapped the ‘one country, two systems’ principle.

Although worldwide attention has been focused on Lai’s arrest, another prominent activist has also recently been arrested.

Agnes Chow, 23, a former leader of pro-democracy group Demosisto, was arrested on ‘inciting secession’ charges and spent a night in police custody before being released on bail.

When approached for an interview, Chow said she has not been taking foreign media requests since 30 June.

Chow’s response suggests that she is concerned that speaking to the foreign press will be interpreted by the Chinese Government as colluding with foreign forces, which could land her with a longer prison sentence. Under normal circumstances, an interview with a journalist wouldn’t constitute collusion, but Chow doesn’t appear willing to take the risk. She also hasn’t used Twitter since the National Security Law came into force.

Lai and Chow are two of the biggest names in Hong Kong’s long battle to retain democracy, along with fellow activists Joshua Wong and Nathan Law – the latter of whom has fled to London.

It is not surprising that Hong Kong has targeted them first.

But even lesser-known activists have felt the need to self-censor, due to the wide scope of the National Security Law. 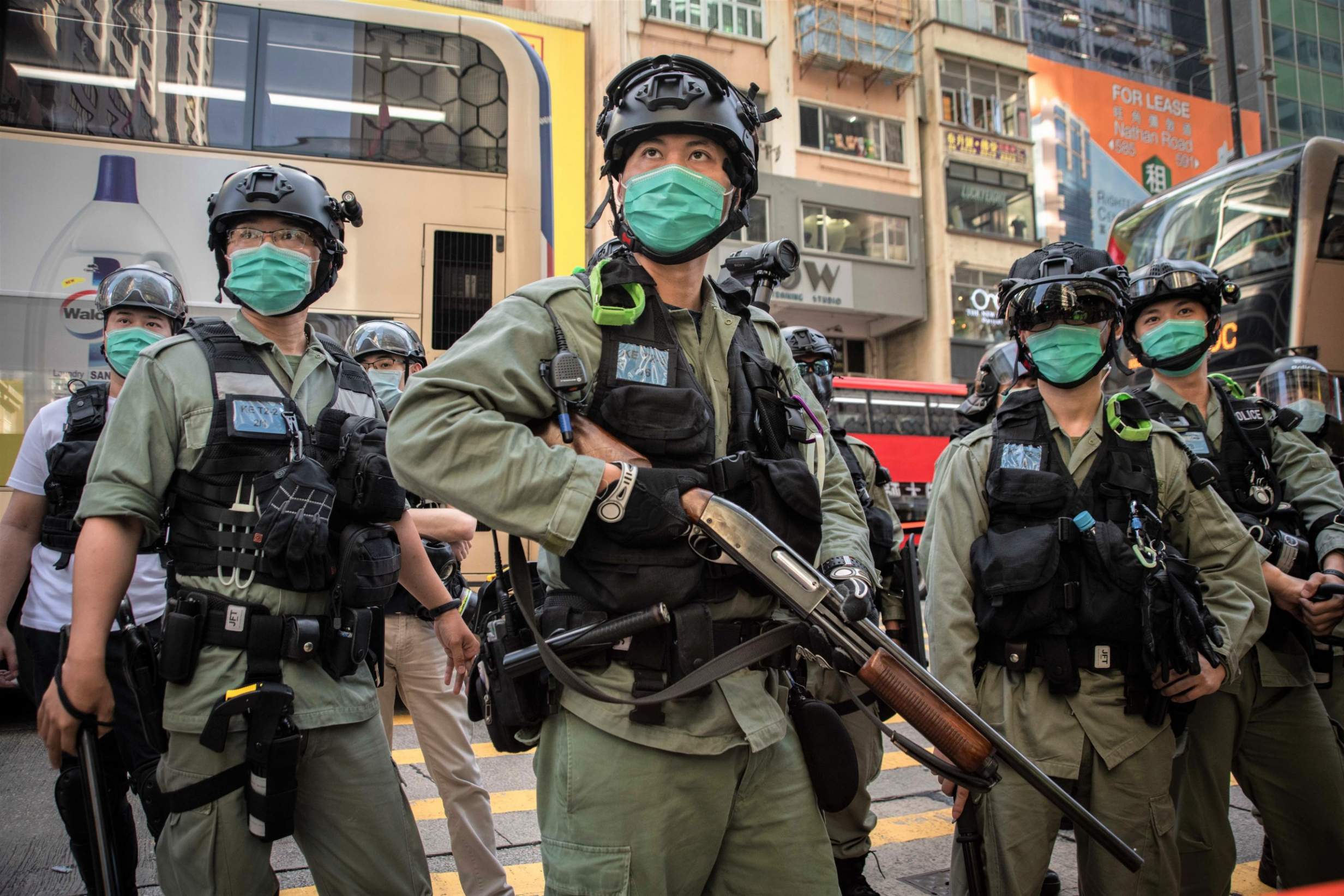 Tony Chung, 19, the founder of pro-democracy group Studentlocalism, was the first political figure to be arrested for charges under the new law. Although Chung had delegated all activity to overseas branches as of 30 June, pro-democracy activity continued on an affiliated group’s social media accounts.

On 29 July, Chung and three others in Hong Kong were arrested for ‘inciting secession’. The police ordered the social media posts to be deleted within 72 hours after Chung’s release two days later – a clear message to others that they must self-censor their online profiles.

Activists aren’t the only ones who have been affected by the compulsion to self-censor.

Journalists in the city, both local and foreign, have also refrained from discussing sensitive information on selected social media apps.

Key sources are also more reluctant to give quotes without anonymity, and many are refusing to communicate with the media at all.

For their part, media outlets are also revoking content for fear of consequences. Recently, Radio Television Hong Kong (RTHK) – a Government media agency – retracted an interview with dissident Nathan Law because he is ‘wanted’ under the National Security Law.

Meanwhile, if an official endorsement to self-censor was needed, Hong Kong’s controversial Chief Executive Carrie Lam effectively provided it in July, when asked about press freedom.

“It is not a question of me standing here to give you a guarantee of what you may or may not do in the days and weeks and years ahead,” Lam said. “We need to prevent and curb and punish in accordance with the law.”

This gave the impression “that press freedom is not protected,” claimed Chris Yeung, Chair of the Hong Kong Journalists Association (HKJA).

With self-censorship taking hold, the next issue is the extent to which Hong Kong authorities will be able to enforce rules in the city, rather than kowtowing to Chinese officials.

A national security team is now housed within the city, set apart from Hong Kong’s local authority system. The team has reportedly been selected by Beijing, to investigate incidents under the National Security Law.

But, surprisingly, after being bailed, Jimmy Lai announced that the authorities dealing with his case were from Hong Kong, not from Mainland China.

Despite fears the National Security Law will result in Hong Kong falling under the direct governance of Beijing, Lai’s case might provide an indication that a degree of autonomy remains.

Given Hong Kong’s complicated status in global politics, due to its history of British rule and its reputation as an international business hub, self-censorship is a quieter way for prominent voices in the city to be subdued.

As opposed to Beijing suppressing by force, not only does it make for fewer international headlines, it denies Western nations the cause to take direct action.