The Belarusian dictator has hatched a complex, contradictory plan to stay in power, reports Kseniya Kirillova

The resistance of Belarusians to the regime of President Aleksander Lukashenko continues unabated, even in the face of mass arrests and the beating of detainees in pre-trial detention centres. Yet, even though the attitude of Belarus towards its ageing dictator is resolute, crucial international dynamics are still ambiguous. Primarily: what position will Moscow take towards the ‘friendly dictator’?

Some observers suggest that the Kremlin has agreed to support its neighbour to the West, something Lukashenko hinted when he declared that, “Russia is prepared upon Belarus’s request to provide comprehensive assistance to preserve order” in the country. Some of Russia’s propagandists stand unconditionally with Lukashenko, cynically justifying even the admitted crimes of the Belarusian security forces.

“Lukashenko made sure that the police will not switch to the side of the protesters after all they have done. Thus, there will be no revolution. The worst thing would be if they were to unite, but because of these actions it will never happen. This was a very sly move, I would even say wise,” reasoned Olga Skabeyeva, a leading Russian commentator.

She was echoed by the chief editor of Russia Today (RT), Margarita Simonyan, who noted that when security forces were “given carte blanche to beat anything that moved, and they do so with pleasure,” they will never switch to the side of the protestors.

Some commentators took a more measured but no less cynical position, suggesting that the dictator, weakened in the struggle against his own people and having lost legitimacy in the eyes of the West, will no longer be able to resist Russian pressure.

‘Sasha 3%’Time is Up for Belarus’ DictatorRevolution is Underway

At the same time, Lukashenko is trying desperately to present himself in the eyes of Moscow as a pro-Russian politician of importance to the Kremlin.

“I want to say that the defense of Belarus today is no less than the defense of our entire region, the Union, and is an example to others. If Belarus fails, this wave will roll there. This is why they clung to us,” he said on 15 August, as he tried to convince Russia to aid his regime.

In all fairness, this rhetoric is shrewd from Lukashenko – playing on Kremlin fears and propaganda constructs. Fears that are epitomised by two phrases: “any revolution in the post-Soviet space is directed against Russia,” and “regardless of what we do, we will still be blamed.”

But both statements, in the case of Belarus, are false.

Pro-Lukashenko propagandists want to convince Moscow that the protests against the dictator are anti-Russian in nature. Television channel Belarus 1 broadcast excerpts from the ‘programme of the Belarusian opposition’, with one of the main commitments being the complete severance of ties with Russia. As it later turned out, this ‘programme’ was a fake.

Meanwhile, pro-Government Telegram channels frighten readers with stories of Polish and American agents infiltrating the nation, the opposition’s desire to distance Belarus from Russia, the potential deployment of NATO troops, and Moscow’s readiness to prevent this. Lukashenko himself even claims “US interference in Belarus’ affairs”.

It is amusing to observe that while this propaganda operation is taking place, analysts close to the Belarusian authorities are simultaneously trying to “sell” Lukashenko to the West as the most anti-Russian candidate – claiming that all opposition figures are prepared to agree to the integration of Belarus with Russia. They explain the rejection of Lukashenko by Belarusian society and the outrages committed by his regime against the people as “a Russian conspiracy against Lukashenko.”

Both of these conspiracies merely demonstrate the almost schizophrenic desire of the Lukashenko administration to enlist the support of the West and the East at the same time, making unattainable promises to both sides while trying to shift responsibility for his actions. 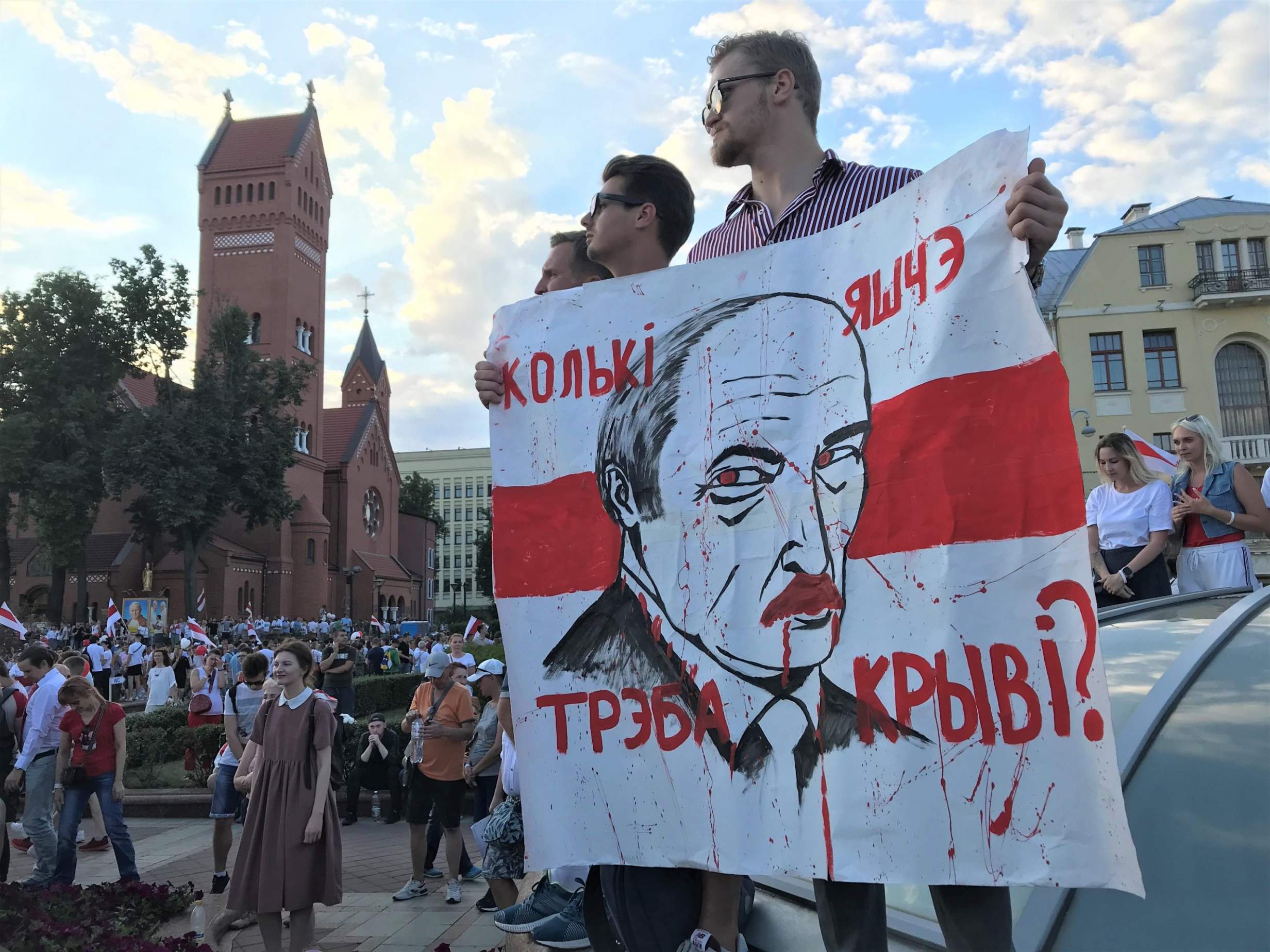 Will Putin Trap Belarus FurtherAs It Struggles for Freedom?

In fact, the protests in Belarus are neither pro-Russian nor anti-Russian. Not a single candidate, even one sympathetic to the West would – out of the blue – break off relations with a strong neighbour on which the country depends economically and with which it has a common border. Not even Ukraine in the wake of the Maidan Revolution would have opted for such a break had Russia not spurned it, annexing the Crimea and unleashing war in the Donbass.

And, on the other hand, no democratically elected leader of Belarus could automatically decide to integrate with Moscow, at a minimum because a democratic leader, unlike a dictator, cannot ignore the opinion of his own civil society, or the opinion of the West which supported him.

As for the idea of “an agreement between Russia and the West to replace Lukashenko,” there is nothing wrong with the idea of Moscow acceding to calls from Western countries not to interfere in Belarusian affairs. American experts, Daniel Fried and Brian O’Toole in their article for the Atlantic Council state clearly that “if, in this optimistic scenario, Putin suggested support for re-run elections under OSCE supervision, the West would likely agree fast.”

It remains a hope that Russia does not repeat the mistakes of Ukraine in 2014, by launching an armed intervention into the affairs of a neighbouring state. If that’s the case, and Russia refrains from a heavy-handed approach, Lukashenko will only be able to deflect responsibility for his crimes for so long.