‘Sasha 3%’Time is Up for Belarus’ Dictator Revolution is Underway

The President of Belarus, Alexander Lukashenko, has been at the country’s helm for 26 years. He has earned himself many nicknames in that period.

He is often referred to as the ‘Belarus strongman’, but there is little evidence that he is strong. He is occasionally referred to as ‘Europe’s last dictator’, but that title arguably belongs to Vladimir Putin as the Kremlin is firmly located in the European part of Russia. More recently, Lukashenko has carried the nickname ‘Sasha 3%’. This title, fittingly, came from his own country folk.

‘Sasha’ is the diminutive form of the male name Alexander or the female name Alexandra. The 3% refers to the real level of support Lukashenko is estimated to have from Belarus’ citizens. The moniker is at least a month old – at least as long as the people of Belarus have been expecting, and preparing for, a rigged Presidential Election.

The truth, though, is that the seeds of revolution were sown a long time ago.

From the protests in America’s Portland to Kyiv in Ukraine and Beiruit in Lebanon to Minsk, the cause is the same: deep-seated injustices.

Autocrats gradually chip away at the rights and freedoms of people.

Small and imperceptible changes here and there are not enough in and of themselves to start a revolution, but they cause grievances that fester over time. Eventually there is a catalyst; something that takes on a life of its own.

Such tactics that form part of the mythical ‘strongman’ image are, when you examine them, actually signs of weakness and fear.

In Belarus yesterday, the catalyst was the blatant rigging of a ballot to determine whether Lukashenko remains President for a sixth term. Voters clearly called for change, so the response from the authorities in Minsk – and Moscow – was to ignore the will of the people.

Lukashenko would stay on, they decided, and he was declared the winner of the 2020 Presidential Election with an 80% landslide in official results.

Going back some years, I had family in Belarus. Back then, they were satisfied with the social contract. ‘Batka’ (‘the father’) Lukashenko took care of things. The streets were clean. There was order. As long as people got on with their lives and didn’t challenge the authorities and their schemes, they were unlikely to see any kind of serious harm, though inequality throughout society was rife.

That unfairness, according to the thinking of the residents of this former Soviet republic, was just part of how life works. In the early days of mobile communications and prior to anything other than state-run media, keeping a population in the dark and eroding democratic norms was much easier. When Lukashenko changed the Constitution in order to drop presidential term limits, for example, this was treated as a welcome step along the path towards some fabled goal of ‘stability’.

Now, the people of Belarus have woken up to the fact that they have sleepwalked their way into a dictatorship. Whatever pretence there may have been of something resembling democracy from the regular charades of being permitted to vote on things, that was an illusion.

The practicalities of how to rig an election are multi-faceted and, in recent months and weeks, Lukashenko – in tandem with his revolution-phobic Russian counterpart Putin – have been devising all kinds of means to ensure they would know the result in advance.

Some of the tricks have been as crude as disbarring certain candidates and throwing dissenters in jail.

This is precisely what happened a few months ago when Syarhei Tsikhanouski, a YouTube blogger, was arrested following his 7 May announcement that he planned to stand against Lukashenko for the presidency. At the time, his channel had 140,000 subscribers; within a month it had almost doubled.

Lukashenko calculated that removing his opponent would be the end of the Tsikhanouski challenge – but he was wrong.

Next came Sviatlana Tsikhanouskaya, who decided that she would step into her husband’s shoes in challenging Lukashenko.

Not only was Tsikhanouskaya a likeable candidate, but her election platform was appealing to the electorate too: a simple pledge to hold another, genuinely free, election in six months’ time after all political prisoners had been released from prison.

Lukashenko reacted in true authoritarian style – intimidating the campaign, arrested those involved, and sending the candidate into hiding. Such tactics supposedly form part of the President’s ‘strong man’ image, but are really signs of weakness and fear.

The 37-year-old Tsikhanouskaya had done enough. As a former teacher and then stay-at-home mother to young children, she is a very relatable person.

In response to her obvious popularity – evident over the past few months in rallies right across the country – Lukashenko simply decided to falsify the election.

Overreach by the Authorities

The candidacy of Tsikhanouskaya motivated the electorate and the resultant high turnout exposed another element of the President’s plans to steal the election.

As the polls were opening, the Central Election Committee announced that a record number of ballots – consisting of 41% of the electorate – had already been cast in early voting. With record numbers of voters showing up at polling stations, the inflated early voting tally meant that turnouts in excess of 100% were starting to show up.

Trying to rig a ballot also includes some pretty crass methodology. Having local election officials simply change the numbers on vote tallies is one of the simplest – it matters more who counts the votes than who votes, the thinking goes. But the people of Belarus came up with an ingeniously simple way to demonstrate such tricks were underway. 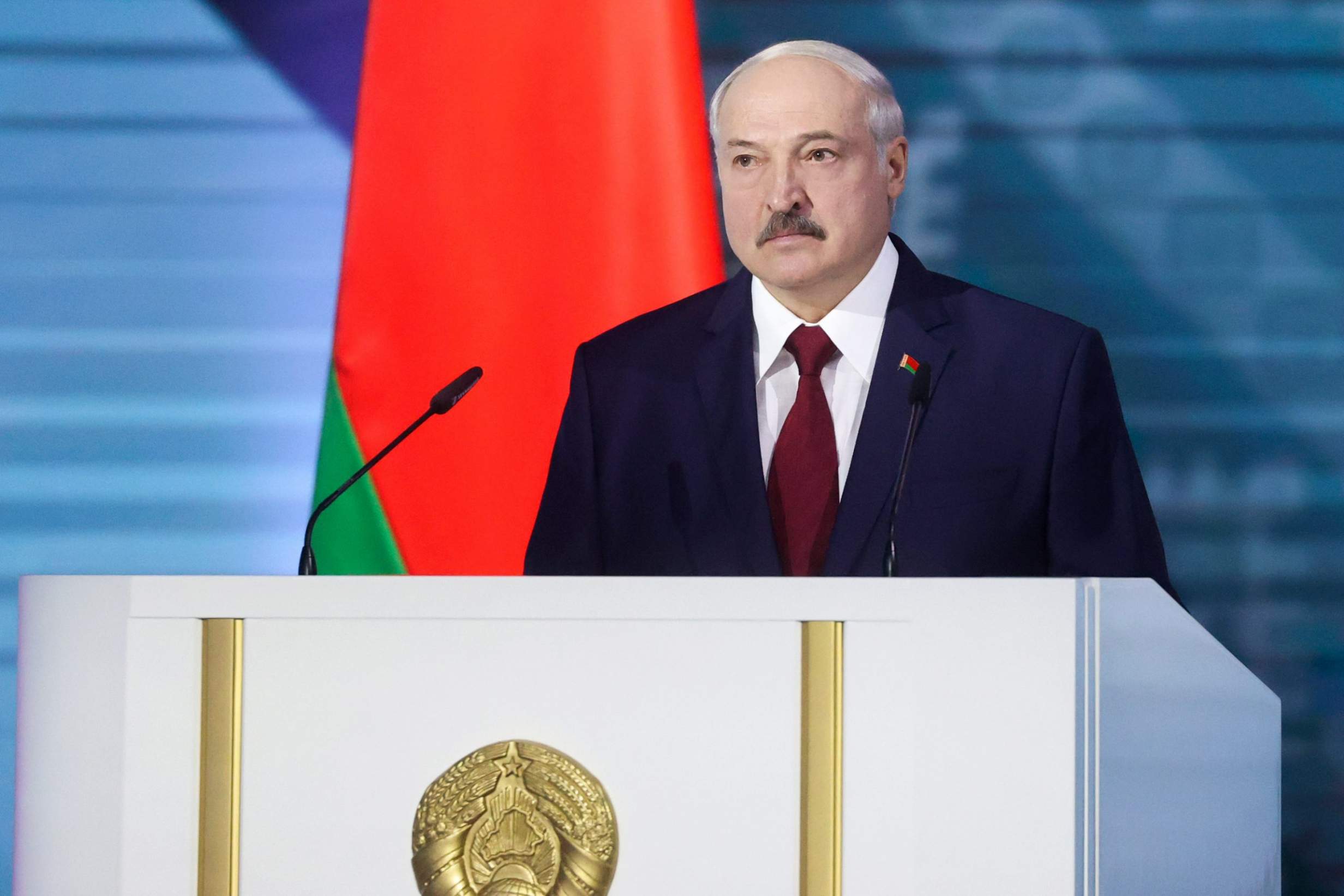 Every vote for Tsikhanouskaya was folded in a particular way – making it clear to anyone looking at the perspex urns that she was winning in a massive landslide.

Perhaps the biggest mistake that Lukashenko made was lying about the scale of the victory he is trying to claim. In a series of exit polls taken both in Belarus and at Belarusian embassies in other countries, it is Tsikhanouskaya who has the right to claim a landslide, with around 80% overall support. Some polling station officials have even admitted that, in reality, she received four or five times the number of votes than the incumbent.

The people of Belarus, incensed and now facing a further slide into dictatorship, are standing up for their rights. How long this may go on for is impossible to know.

In Ukraine’s Revolution of Dignity – the 2014 Maidan Revolution – it took 93 freezing days and a tragic 100 lost lives before it was over. A YouTube video was created featuring a collage of images showing the bravery of the protestors and the things we had, thus far, endured accompanied by the song Do You Hear The People Sing from the Musical Les Miserables. “Do you hear the people sing, singing the song of angry men, it’s the music of a people who will not be slaves again.”

The votes of the people of Belarus have been blatantly disregarded and their rights to peacefully discuss and protest this are being infringed by internet shutdowns, roadblocks and tear gas. They are not about to look at that and walk away.

The outcome is already certain, it is just a question of time, and at what cost.

Paul Niland is an Irish writer and political commentator based in Kyiv, Ukraine