An anonymous document in English allegedly written by Belarusian opposition activists says President Alexander Lukashenko’s security forces will attack riot police and Russian mercenaries on the day of the presidential election, 9 August, to try to make Russia look like the enemy and to declare a state of emergency.

The scenario may sound far-fetched, but no one is sure what lengths Lukashenko may go to, and activist Aleś Čajčyc, who posted the document on Facebook, thinks it is based on reliable sources. He says the authors wrote in English to disguise their style and reach a Western audience.

Most of the analysis of the Belarusian political situation in the document, which is dated 3 August, is accurate. It says that Lukashenko, who has been in power for 26 years, has lost the support of his people due to low incomes, brutality and his failure to take action on the coronavirus crisis, while also facing increased pressure from Russia, which “not only stopped funding A. Lukashenko’s regime, but also demanded to fulfill his obligations on close integration of Russia and Belarus. This financing, as well as various benefits and preferences for Belarusian goods on the Russian market, were one of the main instruments that provided resource support for retaining power in Belarus.” 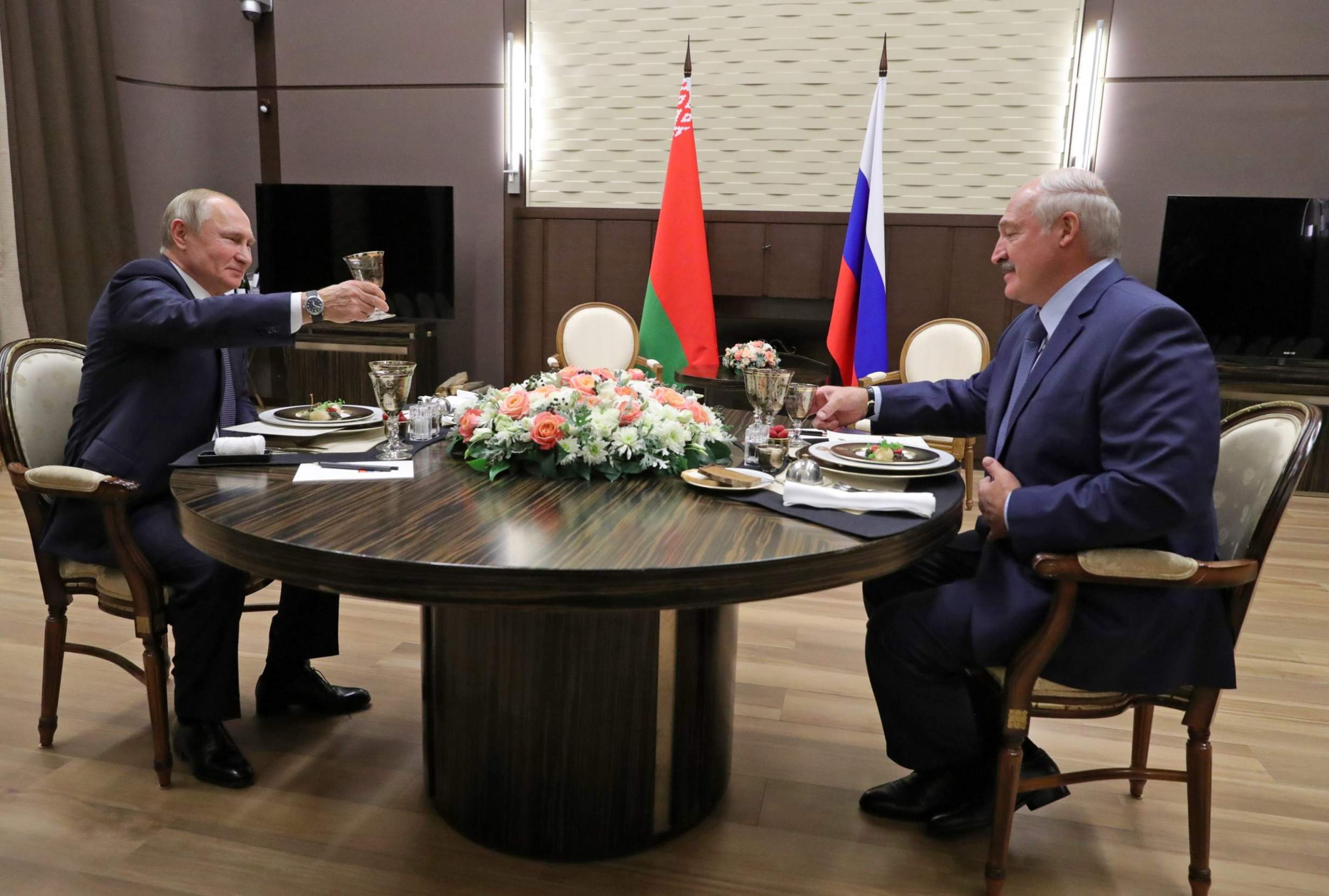 Lukashenko has the option of fleeing to Qatar, the document says. It claims that the president’s family has transferred $17 billion to the Gulf state, which is why Lukashenko’s eldest son and National Security Advisor, Viktor, has been active there recently.

In October 2019 Viktor Lukashenko met Qatar’s Interior Minister and the head of the country’s Olympic Committee in Doha. Not many countries would be willing to accept Alexander Lukashenko if he were removed from power, and he doesn’t want to go to Russia, the anonymous document says.

“Despite the existence of escape routes, A. Lukashenko is not going to run away,” the document predicts. “He believes that he and his entourage have enough cunning, strength, money and cruelty to retain power in the country. Therefore, he is going to strengthen his power and continue his rule at the cost of blood and fear of the Belarusian people.”

The first stage of Lukashenko’s plan to blame Russia was his arrest of 33 mercenaries who entered the country from Russia and his insistence that they are linked to opposition candidates, the document says. Lukashenko has warned that there could be hundreds more mercenaries at large in the country and that they intend to destabilise Belarus. Russia says they were headed to foreign conflict zones via Istanbul.

The Women Risking Everything to Oppose Belarus’ Dictator Lukashenko

The next stage takes place on election day, when a group from the Presidential Security Service will “inflict gunshot wounds on riot policemen during suppression of protests against falsified elections” and the Alpha group of the KGB will “seize and/or destroy a certain group of Russian mercenaries in the Hotel Europe in Minsk,” the document says. “After that, the hands of the authorities will be completely unleashed. A. Lukashenko will be able to declare a state of emergency and use the army represented by Special Forces to suppress protests with demonstrative brutality and maximal intimidation of the population,” it continues.

Lukashenko will try to instill a pre-war feeling among the population and present himself as having simultaneously saved the country from a Russian attack and a Ukraine-style revolution, the document concludes. He could even get support from the West for standing up to Russia, although he may subsequently face real hybrid threats from Russia in response.

Some Belarusians on Facebook suggested that the document could have been produced by the authorities themselves to deter people from protesting against the election results, which are widely expected to be falsified.

Already the rallies of opposition candidate Svetlana Tikhanovskaya in the last few days of the campaign have been prohibited and numerous violations have been reported during early voting, while independent observers have been arrested.

Lukashenko sounded panicked in an address to the nation and a hall full of officials in which he said Belarus was an island of stability in a chaotic world full of protests as in Hong Kong and the United States. His people have shown they are determined to resist him.

The showdown is coming.