Relations between Britain and Russia have been in the deep freeze ever since Vladimir Putin ordered the invasion of Ukraine in February last year. But over Christmas, the two hostile powers – unreported in British media – have come together in a common cause.

British foreign secretary James Cleverley and his Russian counterpart Sergey Lavrov have worked along parallel paths at the United Nations Security Council (UNSC) to protect the former Soviet state of Azerbaijan from criticism over its brutal conduct towards the Armenian population of Nagorno Karabach.

We are not talking about reconciliation – or anything like it – between London and Moscow. But Britain and Russia have a common interest in maintaining Ilham Aliyev, the notoriously corrupt and callous Azerbaijan president, in power.

Put simply, Britain needs Azeri oil and gas. As for an increasingly embattled Vladimir Putin, Aliyev is a vital ally on the uneasy and dangerous border between Eastern Europe and Central Asia, an area where Russia has a deep strategic interest.

The crisis which united Russia and Britain was President Aliyev’s decision last month to block the link – known as the Lachin Corridor – between Armenia and Nagorno-Karabakh.

Nagorno-Karabakh (known to Armenians as Artsakh) has been contested between Azerbaijan and Armenia in a series of bloody conflicts since the collapse of the Soviet Union thirty years ago.

By blocking the Lachin Corridor, Aliyev was signalling yet again that he is moving towards full control of an area which Armenians see as a part of their heritage, religion, culture and historic identity.

The Murdered and the MartyredArmenia’s Political And Spiritual Crisis 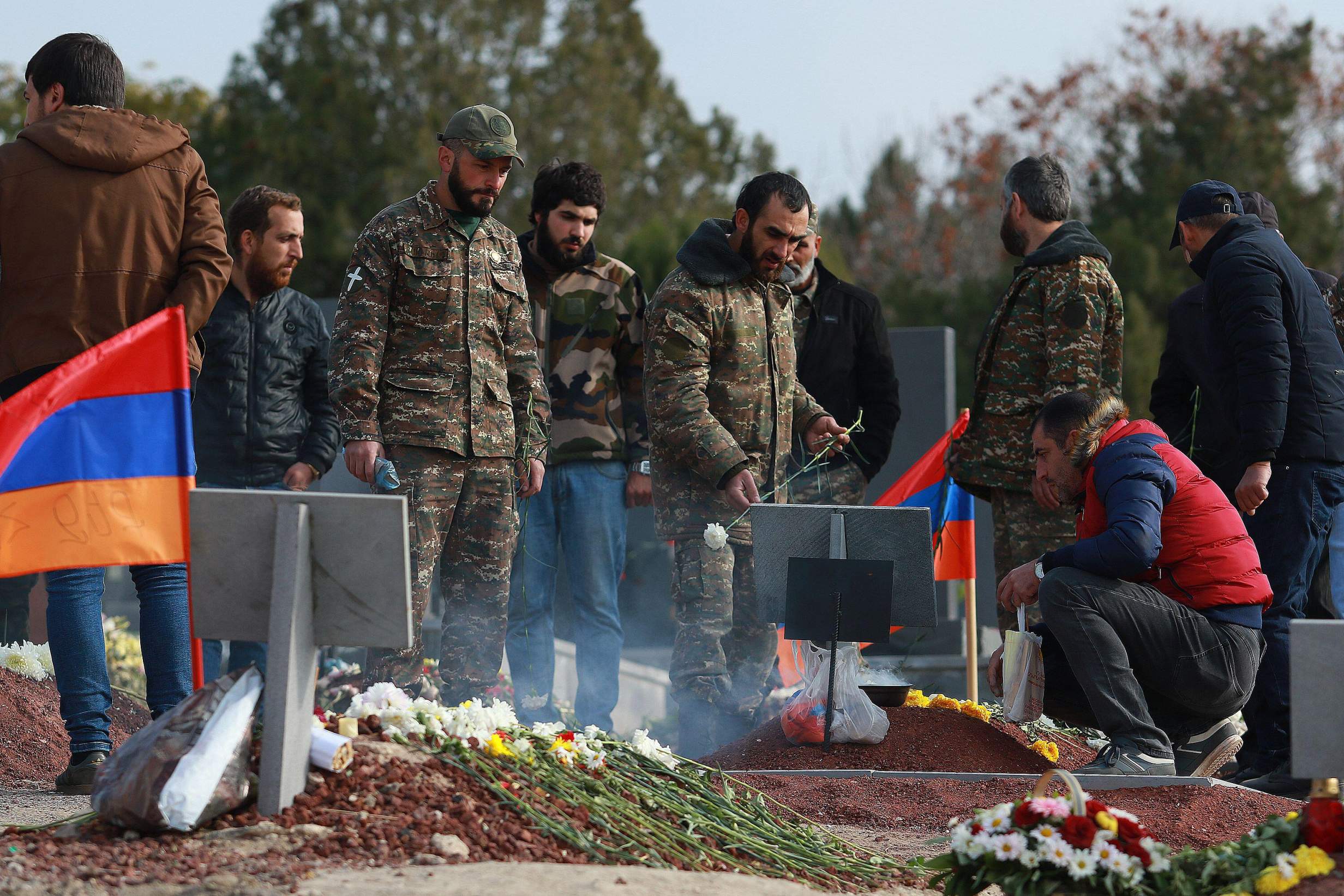 The reaction of the international community was immediate and – at first – strong. France – rotating president of the United Nations security council – called a meeting on 20 December during which one nation after another called for an end to the blockade. Among them was Britain, whose UN ambassador James Kariuki called for “the immediate reopening of the corridor”.

He said that “The Lachin corridor is the only means by which daily necessities can be delivered to the region. The closure of the corridor for over a week raises the potential for severe humanitarian consequences – especially in the winter.”

In the wake of this hastily convened meeting, France set about drafting a UNSC statement condemning the blockade.

Both Armenian and Azerbaijani sources concur on what followed. Azerbaijan set to work making sure that UNSC condemnation never saw the light of day.  The lobbying went on throughout the Christmas period – and Britain and Russia (who have been peacekeepers in Karabakh ever since the end of the 44-day war two years ago) were both keen to hear the Azeri side of the story. It goes like this: the Lachin corridor is not being blocked by the state of Azerbaijan. Eco-protestors, angered by mining operations, are responsible.

It’s inconceivable that Britain and Russia believe this preposterous cover story. But it may have suited them to do so.

By 30 December any prospect of a UNSC denunciation of Azerbaijan had collapsed. This became public when an Armenian news site, Factor TV, reported that Russia introduced a series of last-minute draft changes “knowing very well that they would not be accepted by the other members, which in fact happened.”

“Today France lost another battle to Azerbaijan in UN Security Council in a failed attempt to push biased pro-Armenian UNSC statement on Lachin which triggered harsh reaction from other UNSC members.”

This squalid tale of betrayal is as old as diplomacy itself. Britain and Russia, though bitter enemies, united in a despicable cause to pursue private advantage.

As always in such circumstances there are losers. In this case, the 120,000-strong population of Nagorno Karabakh. Today they would normally celebrate the Armenian Christmas. According to tradition, Armenians get together with a dish called Khetum on Christmas Eve- their equivalent of our turkey, bread sauce and roast potatoes.

This year the ingredients – rice, fish and vegetables – are unattainable. There’s talk of impending starvation if the blockade continues. Already medical supplies have run out. Shelves in many shops are empty. Many family members are missing – prevented by the blockage from making the journey from Armenia to Artsakh.

Yesterday I spoke by Zoom to Ruben Vardanyan, Arksakh state minister, in his office in Stepanakert, the largest city in the region. Like all ministers in that desperate and embattled place, he wears the casual but robust clothing favoured by President Volodymyr Zelensky in Ukraine – a breed of political leaders ready to dash for cover or pick up a machine gun at a moment’s notice.

“Twenty-four days we are into this blockade,” he said. “We get a little bit of food from the Red Cross and Russian peacekeepers. But in reality, we don’t have basic foodstuffs. No fruit, no vegetables. We have a little grain and meat and some milk. Other things do not exist anymore.”  “No cigarettes,” he added meaningfully.

He told me sadly that he was among 5,000 natives of Artsakh who will be apart from their families this Christmas. “My wife and four kids planned our Christmas many months ago.”

Thanks to the Azerbaijan blockade they are stranded: “For the first time in my life I am apart from my family at Christmas. Basically, we are hostages to Azerbaijan while we can’t get access to the road.” He called on the international community to impose sanctions if Azerbaijan persisted with the blockade.

There’s little chance of that. By a perverse irony, the Russian invasion of Ukraine has forced the west, driven by a desperate search from energy security, into the arms of Azerbaijan. European President Ursula Von Der Leyen made this explicit when she stated in July that “Europe is turning to trustworthy energy suppliers. Azerbaijan is one of them.” 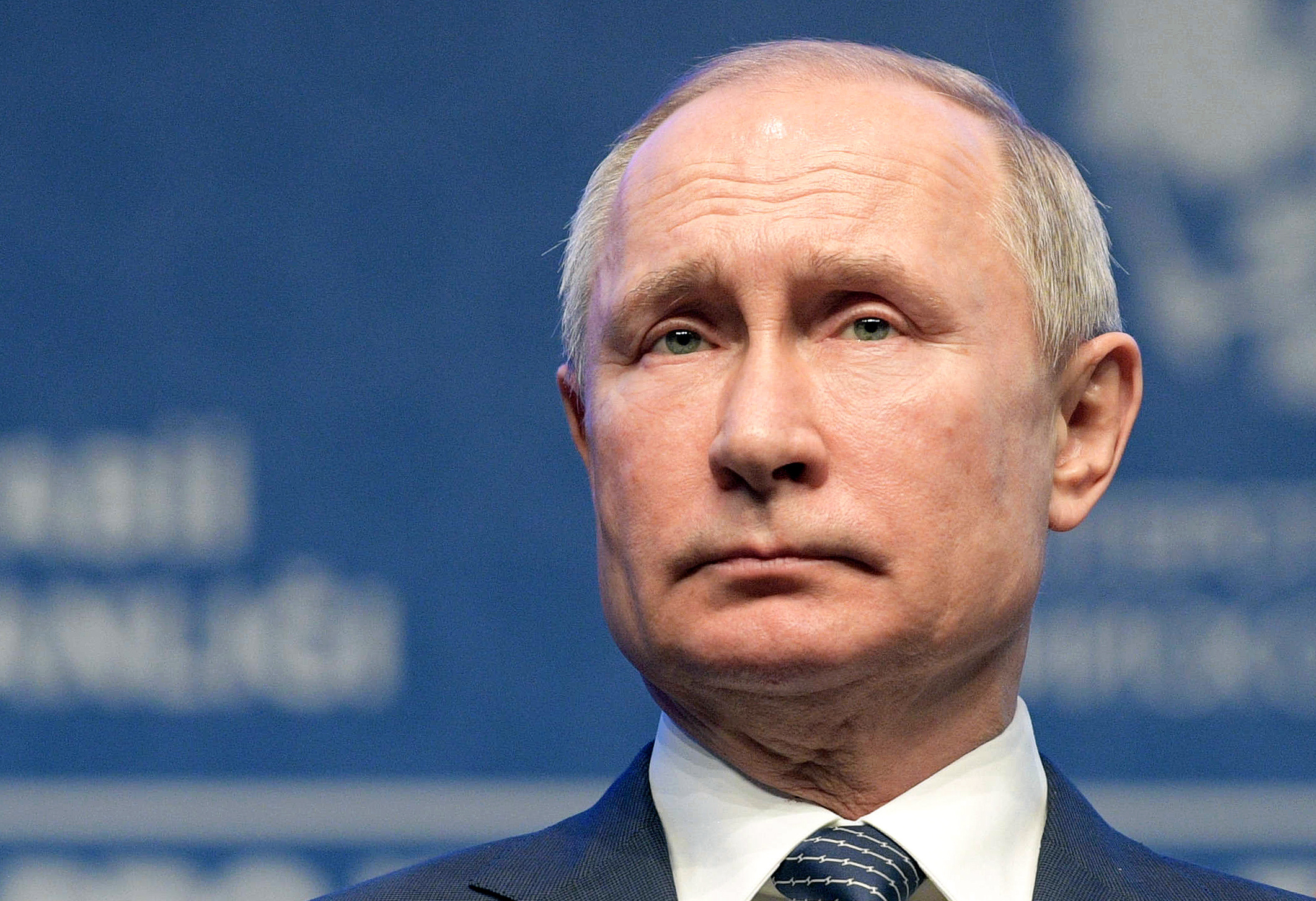 There’s an ugly paradox here. Putin is a monster – but so is President Aliyev of Azerbaijan, a dynastic leader whose regime has a record of corruption, repression, torture and murder as it cracks down on any semblance of political opposition.

We insist we are fighting for human rights in Ukraine.  But over Nagorno-Karabakh we have entered into a grotesque alliance, along with Putin’s Russia, with one of the world’s worst tyrants.

The victims of this cynical pact are the forgotten Armenians.

Early yesterday I contacted the British Foreign Office and asked for their response to the message of thanks from the Azeri ambassador in Brussels. I asked whether Britain agreed it had helped wreck the UNSC resolution against Azerbaijan.

I asked whether it agreed with the Azerbaijan ambassador that Britain and Russia found themselves on the same side over this issue. A Foreign Office official promised a reply by the afternoon. Yesterday evening I sent a chasing message. This morning I sent another.

As this article went to press there was still no reply from the British Foreign Office.