A 13th Congolese refugee was killed in clashes between refugees and Rwandan state authorities in 2018, an exclusive investigation by the Byline Intelligence Team has revealed.

Elysee Kanyandekwe was shot during clashes on 29 April – three months after 12 refugees from the Kiziba camp were killed when the Rwandan Army used live rounds against protestors outside the UN refugee agency in the Karongi district, on 20 February 2018.

A child was also injured during the April events, after being hit in the head by a teargas canister. The police had fired teargas at the protestors. Local news reports referred to “violent refugees”.

The massacre of 12 refugees in February 2018 has been used as evidence by migrant rights campaigners of human rights abuses against vulnerable communities in Rwanda.

Now, the discovery of a 13th death further undermines the claims from the Home Office that Rwanda is a safe and secure country to deport migrant people who arrive in the UK via irregular routes, such as Channel crossings or in lorries.

The UK and Rwanda Governments have signed an Economic and Migration Partnership which would mean that people who arrive to the UK via the Channel will be deported to the east African country, where they will then be expected to claim asylum. If they are granted asylum, they can remain in Rwanda. If not, they can apply for another form of leave to remain, or be removed. They will not have the right to return to or remain in the UK.

In the UK Government’s Country Information and Policy Notes, which outlines the human rights situation in Rwanda, it acknowledges the violence that led to 12 deaths during the Kiziba refugee protests on 20 February 2018. The violence also caused two miscarriages and dozens of injuries.

Between 3,000 and 4,000 refugees walked for two hours on 20 February 2018 from the Kiziba camp to protest outside the offices of the UN refugee agency after food supplies to the Kiziba camp had been reduced. Some women had been forced into prostitution to make ends meet.

However, the CIPN notes that “the exact circumstances of that incident are unclear” before writing “sources… note that no further similar incidents have occurred since”.

The Byline Intelligence Team‘s investigation reveals otherwise. Having analysed local news reports about the Kiziba camp, it has been learned that, on 30 April 2018, a subsequent protest was met with similar violence – leading to death of Elysee Kanyandekwe. It is believed that this is the first time that his death has been reported in the UK press.

It is understood that the death occurred after a stand-off between Rwandan National Police and a crowd of refugee youths. Kanyandekwe was injured and taken to hospital, where he died from his injuries. A child was hit by a teargas canister and 23 people were arrested.

A witness to the April 2018 violence, Shyaka Elie, told Rwandan news media in the days following the killing: “This is unbelievable to see refugees being harassed like this. As refugees we also used stones, but we were trying to defend ourselves. We are Congolese and we want to go back home even if it is not safe there, we are not safe here either.”

Elie described how Kanyandekwe was shot as he “tried to fight for the leader” of the refugee executive committee that ran the camp before the authorities disbanded it on accusations of inciting violence.

“It is disturbing but unfortunately unsurprising that yet more evidence has emerged demonstrating that this Government has not properly assessed the risks which refugees face in Rwanda,” Matilda Bryce, asylum policy and campaigns manager at Freedom from Torture, told Byline Times. 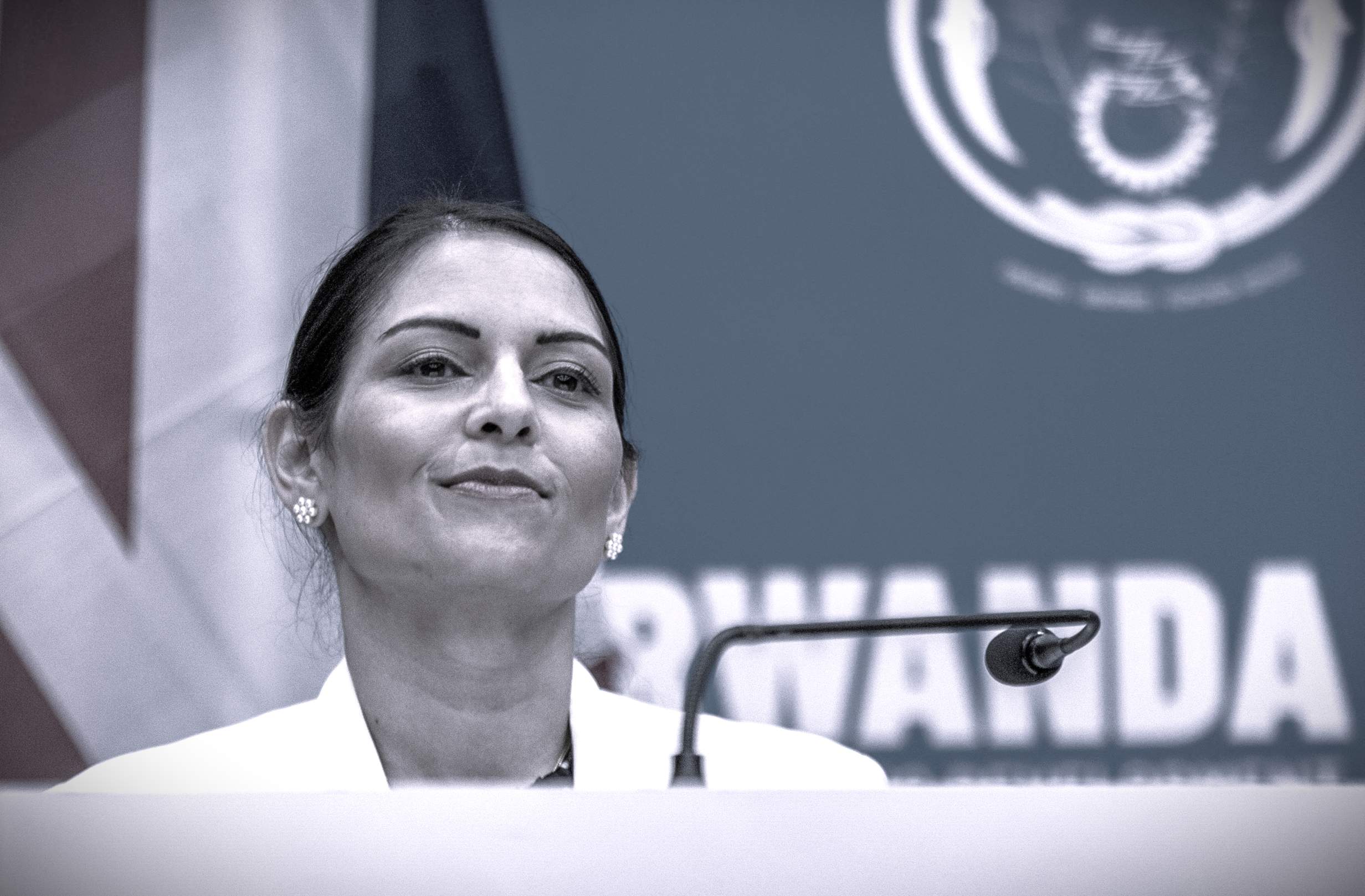 Speaking in 2019, Lewis Mudge, Central Africa director at Human Rights Watch said: “There can be no justification for shooting at unarmed protesters. The Rwandan Government is trampling on the graves of the victims by refusing to acknowledge how many people were actually killed or holding those responsible to account.”

The UK Government was warned last February by the High Commissioner to Rwanda that its Government has recruited refugees to join armed conflicts in neighbouring countries such as the Democratic Republic of the Congo.

The Byline Intelligence Team asked the Home Office to comment on the death of Kanyandekwe. A spokesperson said that the Government’s “own assessment of Rwanda has found it is a fundamentally safe and secure country with a track record of supporting asylum seekers”. They said it would not be commenting on the discovery that 13 refugees were killed during violence in 2018.

This response – combined with the refusal of the Rwandan Government to grant Iain Overton, who heads the Byline Intelligence Team, a journalism visa – raises serious concerns about the human rights assessment of the country, and how journalists can hold both governments to account for alleged human rights abuses.