Twelve refugees were killed by Rwandan police in 2018 and the country is attempting to shield itself from scrutiny – this should concern us all, writes Iain Overton

If there is one nation that truly understands that democracy dies in darkness, it is Rwanda. No other country has, in the past 30 years, been witness to such a failure of truth, and its consequences, than this landlocked, equatorial country.

The genocide that marked this small nation took more than a million lives. And in those terrible spring months, 100 days and nights of slaughter during which Hutu militias murdered, raped and mutilated their fellow Tutsi countrymen – carrying out a genocide founded upon the racist, eugenicist labels left over by their colonial rulers – the violence was explicitly fuelled by a corrupt and partial media.

Tutsis were referred to as “cockroaches” in radio broadcasts that called for their extermination, and that message was heard the length and breadth of the country, where men with sharpened machetes took heed of the silver-tongued radio presenter’s call for violence.

Thirty years ago, the voice of reason in Rwanda was quashed. Calls for peace were met with deadly retribution. Journalists were just one of many groups hunted down and slaughtered.

For this reason, when the Rwandan Government recently refused me permission to report plainly and openly in the country about its treatment of refugees for Byline Times, it should be a warning call to everyone.

History has a habit of repeating itself, and all too often it does so in darker, more tortured ways than its first iteration. The failure of the Rwandan Government to permit me the fair and open reporting of its human rights record could be the thin end of a wedge. 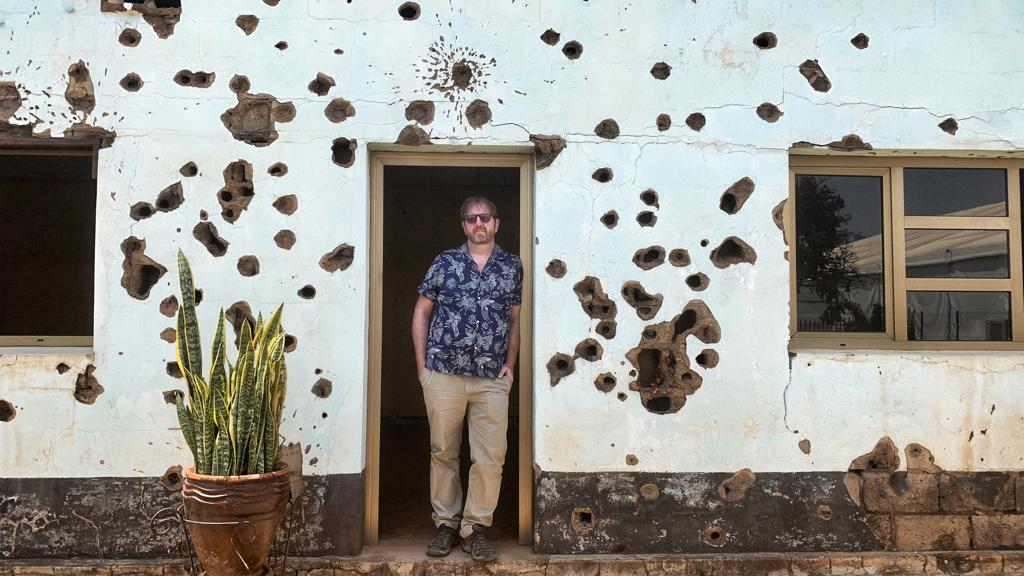 I have been here before.

The threat of silencing was there when, with broad smiles, the media team at the Sri Lankan Embassy in London led me down a broad staircase and informed me that – for the third time in a row – my request for journalist accreditation had been refused. Just as they were focusing on not giving me a visa to visit their nation, their armed forces were carrying out a systemic and targeted attack on Tamil civilians to the north. Countless died.

Then there was the refusal by the media arm of the ‘Donetsk People’s Republic’ – the Russian-backed separatist movement that seized control of swathes of eastern Ukraine in 2014. Its refusal, no doubt, was in part due to the fact that it was already busy torturing Ukrainian journalists in interrogation cells and didn’t want the outside world to see how its form of violent repression was supported by the Kremlin.

A refusal to report also hangs over me every time that I have entered a country to report there, but as a tourist. I have had to do so in China, India and Pakistan, fully aware that a request to visit these countries and expose political and military corruption would be met with refusal.

I did not, however, expect this of Rwanda. When I submitted my request for press accreditation 30 days ago, seeking to report on the human rights conditions of refugees there, I did so in full expectation that I would be allowed in. After all, journalists from the Daily Mail had been granted visas, as had those from Reuters and others.

The public interest, of course, is that the UK Government plans to send some asylum seekers arriving in Britain to Rwanda, to discourage people from crossing the English Channel. But, despite paying the media visa fee and exchanging in excess of 100 messages with the Rwandan Media Commission, I was met with delay and prevarication.

The Commission’s representative, Biganiro Guy, repeatedly claimed my application was “under process” more than a month after being submitted. This was despite the fact its website states that approval would take just seven days. When I checked today, I was not surprised to read that someone had edited that promise. Now it reads “depends on the case”.

My reason for wanting to go to Rwanda was fuelled by a Human Rights Report stating that its Government had failed to uphold refugees’ human rights.

In the Western Province of Karongi in February 2018, 12 refugees from the Democratic Republic of Congo had been shot and killed by Rwandan police as they protested outside the United Nations High Commissioner for Refugees’ office. As of August 2022, there is still no justice for those killings.

This massacre was brought to my attention in a single line in a Guardian article. I read it on the same day that Home Secretary Priti Patel accused journalists of being xenophobic when they criticised her policy of sending asylum seekers to Rwanda.

Few other media outlets had highlighted the fact that the very country the UK wants to send asylum seekers – with no route of return – had itself recently killed its own refugees. If the killings had happened in western Europe, the whole world would have heard of them. But 12 dead Congolese is, it seems, not news – and it is certainly not enough blood to stop Britain from exporting its problems to Rwanda. 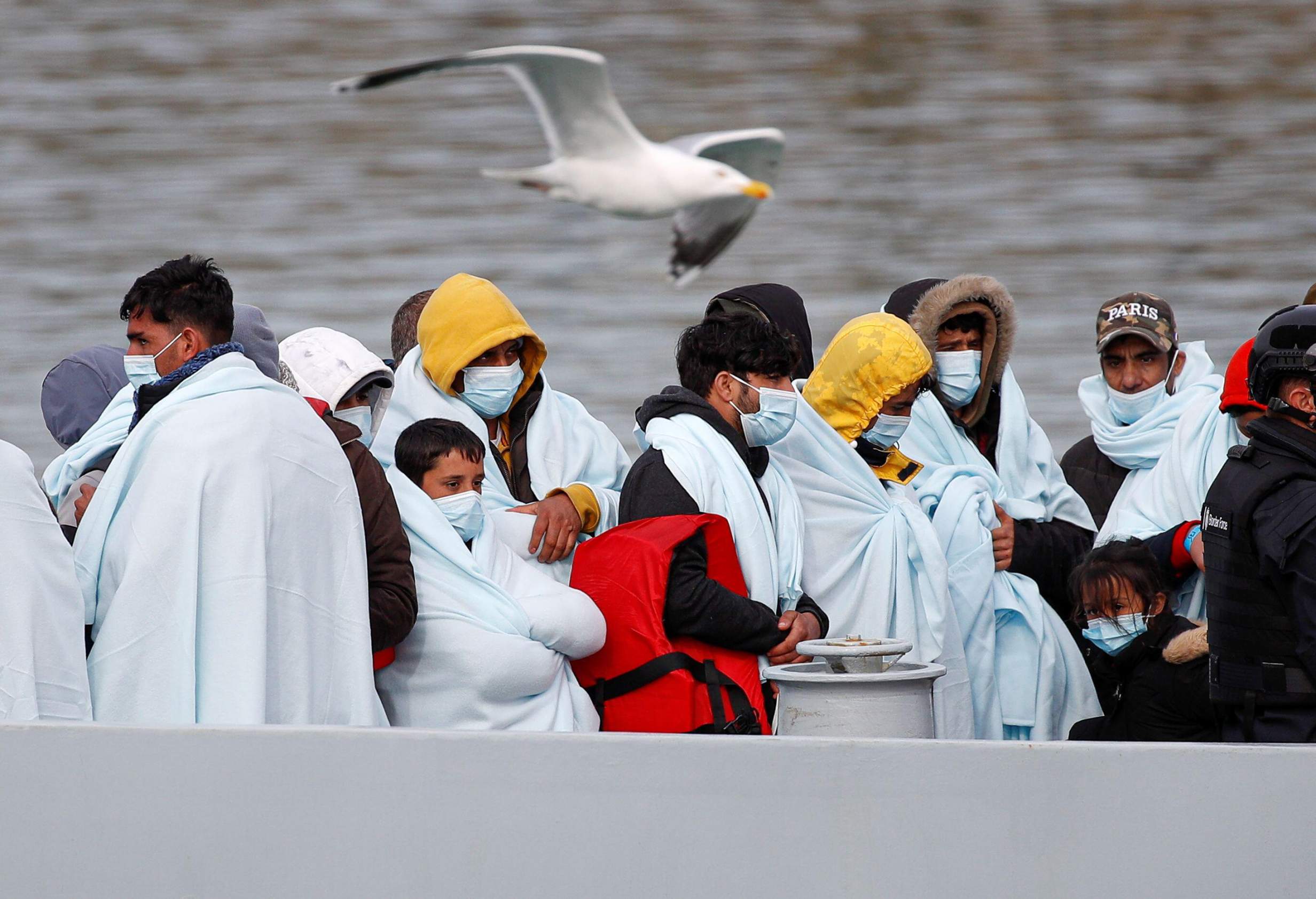 In fact, this is exactly why Patel wants to export refugees there – it is ‘out of sight’ and ‘out of mind’. Just as the UK once exported its contaminated waste to China, so too can we export those who seek safety and security on our shores to some ‘other place’.

Moreover, investigative journalists wanting to report on human rights abuses in this ‘other place’ are now refused permission to do so. It’s the perfect solution for this Government – intolerance aligned with unaccountability.

In a sense, this is part of a vicious circle created by successive British governments. It starts with engaging in conflict in a country far away; a war sold to the British public as central to protecting our way of life. That war descends into chaos – with civilians disproportionally impacted by our overseas military engagements. These landscapes then invariably become dangerous for journalists – I have been shot at when reporting in Iraq, detained by a designated ‘terror’ group in Lebanon, and chased out of villages on the Syrian border for being an alleged CIA spy.

Then, when civilians from such beleaguered nations seek a better life, risking all to come to the UK, they are greeted by a politicians and toxic right-wing clickbait that reduces them to little more than bodies.

The country that helped fuel the terrible conditions from which these refugees flee – the UK – then decides to deport them 10,000 kilometres away. And, finally, the very country to which they are sent prevents journalists from reporting on what human rights abuses may await them.

Rwanda is, it must be made clear, not a war zone. Its streets are clean, its Government relatively free from corruption, its human rights record not as bad as other neighbouring nations. But no country is beyond critique. And the refusal for journalists to scrutinise its human rights record should not just be a concern to Rwandans, but also to the British public.

For the country’s past – whether it was a genocide that shocked the world or a police shooting that left 12 refugees dead – offers few assurances.

Iain Overton, head of the Byline Intelligence Team, is the executive director of the Action On Armed Violence charity