While the personal motivations and actions of the Prime Minister are important, it is also important to investigate the structures that have allowed Johnson to deploy the power of the state to elevate – both financially and politically – a closed circle of personal friends and political allies.

Indeed, since 2010, 374 life peers have been appointed, 179 of whom have been Conservatives (48%), 72 (19%) have been from the Labour Party, and 51 (13.6%) have been Liberal Democrats. Other individuals, primarily consisting of crossbenchers and independents, have comprised the remaining 72.

If 39 new Conservative peers were created in the wake of Johnson’s departure, it would result in 58.2% of appointments created since 2010 being Conservative peers, with the party then commanding an even stronger majority, nearly 40%, in the House of Lords. Labour, the Lib Dems, and Greens, by contrast, would collectively represent just 32.8%. This despite the latest polls showing a voting intention of only 29% leaning towards the Conservatives, with Labour, the Lib Dems, and Greens collectively making up 61% of the vote.

Under Prime Minister David Cameron between 2010 and 2016, 110 Conservatives, 55 Labour representatives, 51 Liberal Democrats, and 26 crossbenchers were given life peerages. Under his successor Theresa May, 25 Conservative, four Labour, and 10 crossbenchers were appointed. Since the start of Johnson’s term in office, of the 88 life peers that have been created, 44 (50%) have been Conservatives, with just 13 (14.7%) coming from Labour (these figures also account for the overlap in peers being installed from the previous Prime Minister’s resignation honours list).

The new secretly-proposed initiative, nicknamed ‘Project Homer’, is a strategy drafted by Crosby’s CT Group to neuter future opposition in the Lords by entrenching Conservative dominance. The thinking behind the plan is that, by adding almost 40 new Conservative faithfuls to the already existing members of the House, the Government could have avoided almost half of the policy defeats it suffered during Johnson’s tenure.

This may seem like another instance of Johnson favouring his friends, but this isn’t just about giving away free lunches at Chequers. Rather, rigging the House of Lords is a form of democratic manipulation – purposefully stymying the systems designed to curb the power of the executive.

How Can We Solve theHouse of Lords Problem? 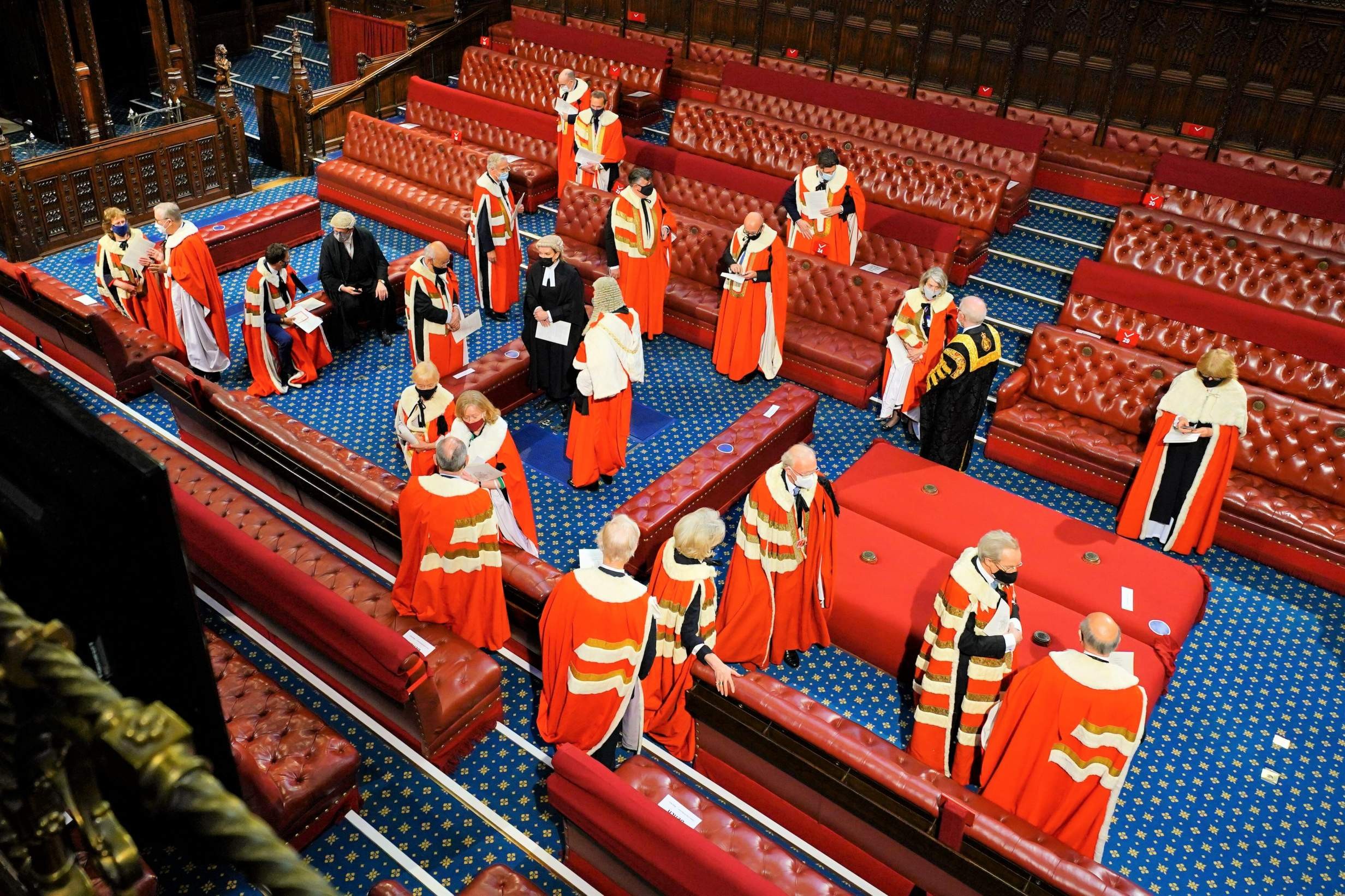 The appointment of 39 peers would be an unprecedented move, but Johnson has been no stranger to the process of installing allies to the Upper House. His elevation of Conservative mega-donor and former party co-treasurer Peter Cruddas, and Evgeny Lebedev, Evening Standard owner and the son of a former KGB spy, are perhaps the two most famous recent examples.

In both cases, Johnson defied the advice of officials. In the case of Cruddas, who has donated nearly £4.7 million to the party, Johnson ignored the concerns of the Lords Appointments Commission, responsible for the vetting for propriety of all nominations to the House. Cruddas donated £500,000 to the Tories just three days after his appointment to the Lords, and has strenuously denied any wrongdoing.

He said at the time it was “definitely not true” that there was any link between the donations and his peerage. “That would be corruption and that’s definitely not the case,” he added.

In the case of Lebedev, his advancement into the Upper House was paused after the security services had raised security concerns over the matter, citing “serious reservations”. This prompted the Appointments Commission to issue “a protracted period” of review.

The head of the Commission, Lord Paul Bew, told MPs that “there was no pressure on this issue from Number 10 or the Prime Minister”, and that Lebedev’s appointment was “a special case”. However, it has been reported by The Sunday Times that Johnson “took a personal interest in the case” after meeting with Lebedev in March 2020 – following an initial rejection of the peerage. “A former advisor said [that Johnson] refused to accept the verdict of the security services and would not drop the issue,” the paper reported.

Johnson is a regular guest at the Lebedev Palazzo in Umbria, Italy, and attended a soiree days after a crucial NATO summit in 2018 that discussed the West’s response to the Salisbury poisonings, when Johnson was serving as Foreign Secretary.

The ‘Project Homer’ plan suggests putting this process on steroids.

The document reportedly refers to the ‘professionalisation’ of Conservative operations in the Lords, within which the ‘loyalty of individual peers could be rewarded by giving them CBEs for political service, making them special envoys or advisors to the Prime Minister’.

It also devises a strategy of diversion by drawing public scrutiny to cases which grab media attention, to focus on singular instances of alleged cronyism rather than looking at the wider infiltration of the Lords by Conservative sympathisers.

Project Homer, for instance, is rumoured to propose the elevation of Culture Secretary Nadine Dorries and former Daily Mail editor Paul Dacre to the Lords, perhaps in an effort to execute this distraction campaign.

Yet, CT Group is not the first Conservative strategist to have imagined a plan for exploiting the Lords.

Johnson’s former chief aide Dominic Cummings, in a video that re-surfaced in 2019, said that if he ever got “control” of Number 10, he would use the Lords as a means to appoint non-MPs as Government ministers – mimicking the Cabinet system in the United States, where Cabinet members do not need to be elected representatives.

The incestuous relationship between politicians and the press now frames the very nature of British democracy, says Mic Wright 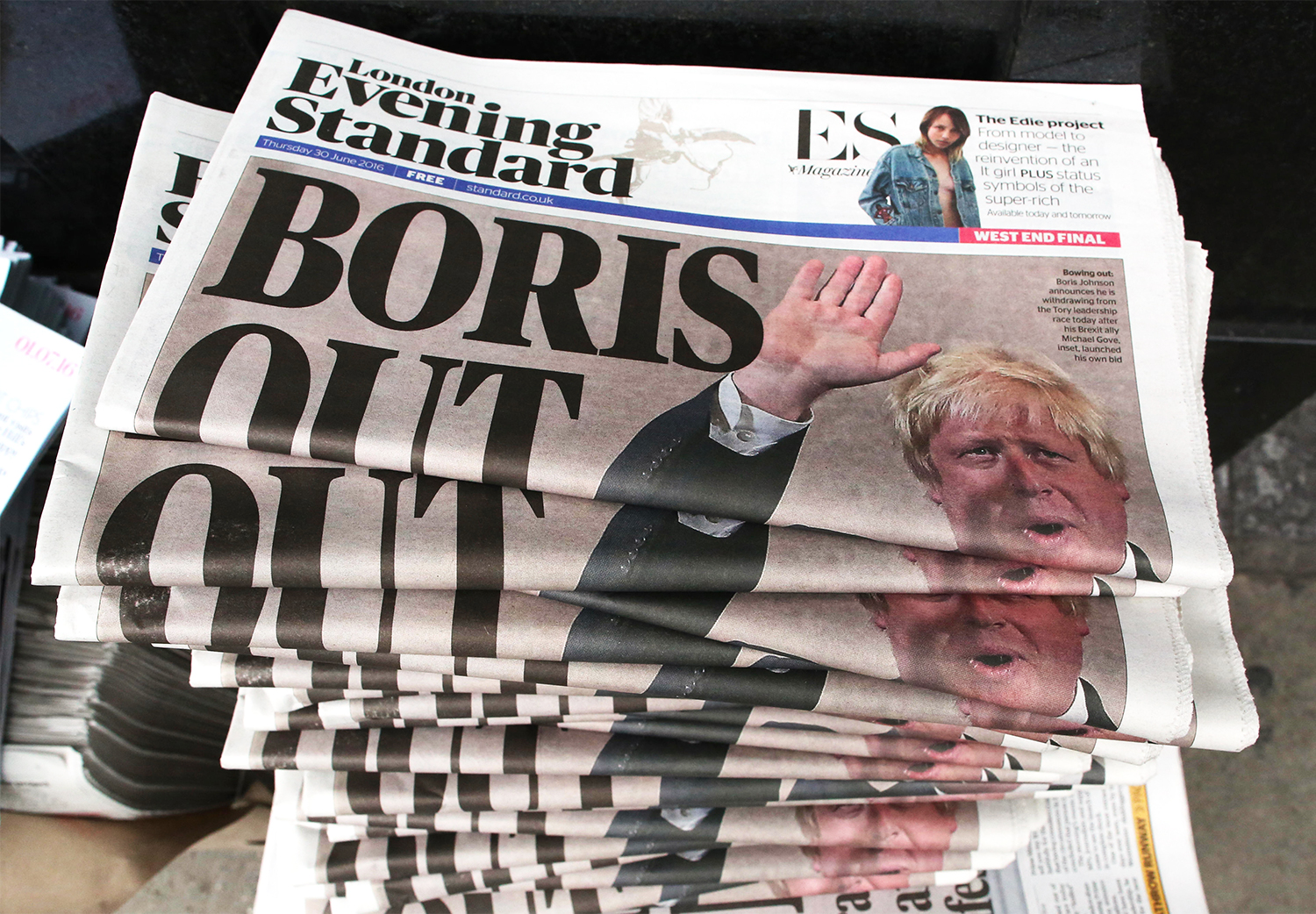 Indeed, under current parliamentary rules, House of Lords members can be appointed as government ministers – though they are typically only appointed to relatively junior positions.

That said, Johnson has liberally used the Lords to install allies to his ministerial team. Nicky Morgan, who stood down as an MP in 2019, briefly retained her Cabinet post as Secretary of State for Digital, Culture, Media and Sport after accepting a peerage under Johnson.

Similarly, Zac Goldsmith, who lost his House of Commons seat in 2019, was handed a peerage – allowing him to retain his position as an Environment Minister, adding the role of Minister of State for Foreign Affairs with responsibility for the Pacific in February 2020.

Commenting on Goldsmith’s appointments, the Electoral Reform society said that “it now looks like losing your seat is no impediment to calling the shots in our political system”.

Likewise, Johnson used this same process to appoint his chief Brexit negotiator David Frost as a Cabinet Office Minister – after installing him to the Lords in September 2020.

All political parties, and the public, can suggest names for elevation. However, ultimately, the approval comes from the Prime Minister, after which appointments are formalised by the Queen. The Appointments Commission cannot stop the Prime Minister from approving an individual, and an outgoing Prime Minister is allowed to select members for his or her resignation list – though 39 appointments would be unprecedented in modern times.

In his resignation honours list, David Cameron nominated 13 new Conservative peers, among them his head of operations and chief of staff, as well as Conservative donors Jitesh Gadhia and former Conservative treasurer Andrew Fraser, who have gifted a combined £364,700 to the party. Peerages aside, Cameron’s outgoing honours list included titles for a host of allies, and was referred to as a list that would “embarrass a medieval court”, by former Liberal Democrat leader Tim Farron, leading to calls for Theresa May to overhaul the system.

However, under May, the practice continued much as before. While she only appointed eight Conservative peers, three of them – Zameer Choudrey, David Brownlow, and Rami Ranger – have donated £6.5 million to the Tories. Another major donor, Ehud Sheleg, was given a knighthood in May’s resignation list. Like Cameron, May also handed out titles and peerages to ex-staffers and advisors.

As previously reported by this paper, more than a quarter of Conservative donors who have given in excess of £100,000 to the party in recent years hold a title or an honour. Likewise, Johnson has appointed a host of political allies to official, non-ministerial roles – including leading Vote Leave campaigner and former Labour MP Gisela Stuart, ennobled by Johnson in September 2020, who now serves as the First Civil Service Commissioner.

At least 16 Conservative allies have also been appointed to the non-executive boards of various government departments, including Jacob Rees Mogg’s business partner. It has been reported that Michael Hintze – a funder of the Global Warming Policy Foundation, described by DeSmog as “the UK’s principal climate science denial campaign group” – is set to be handed a peerage. Hintze has donated more than £4.6 million to the Conservatives.

This is a common theme of Johnson’s administration: while political appointments to the House of Lords and other democratic bodies didn’t start under his rule, Johnson has accelerated the exploitation of Britain’s weak democratic conventions – to the benefit of himself and his allies.

Meanwhile, despite being effectively ousted by his own party, the Old Etonian remains in Downing Street until September – able to quietly and perniciously continue this process, handing out his golden goodbyes.