The horrifying reports of journalists being deliberately targeted by Russian forces in Ukraine form part of Putin and his allies’ long war against the press, Sian Norris reports

Russia has killed at least 32 journalists since it invaded Ukraine, with a further nine journalists injured and 15 missing.

The latest casualty was a French journalist reporting on evacuation efforts in Luhansk. Frederic Leclerc-Imhoff suffered a “fatal wound to the neck” when shrapnel pierced an armed vehicle.

Eight of the 32 deaths recorded by the Institute of Mass Information (IMI), a Ukrainian media advocacy NGO, involved journalists who were killed while carrying out their professional duties. Of those, three journalists were Ukrainians and five were foreign citizens. A further 22 journalists have been killed as combatants or as a result of Russian shelling.

The first journalist to be killed while doing his job was Yevhen Sakun, a LIVE channel cameraman who died on 1 March in a Russian missile strike on a TV tower in Kyiv.

The IMI has also recorded nine incidents of journalists being kidnapped. One, known as ‘Nikita’, alleges that he was also tortured with electric shocks. Other journalists have been threatened with torture and the IMI has collected evidence of multiple online threats made against media workers, including 50 death threats.

These threats, as well as the impact of strikes targeting media infrastructure, have led to the closure of 113 regional Ukrainian media outlets. They include newspapers in Donetsk, Zakarpattia, Luhansk, Lviv, Mykolaiv, Odesa, Poltava, Kherson, Kharkiv, Khmelnytsky, Chernihiv, Chernivtsi, Zaporizhzhia region and Kropyvnytsky city.

Targeting journalists and shutting down media outlets form part of a wider disinformation war being waged by Vladimir Putin’s regime as his invasion of Ukraine continues.

Dismantling trusted news sources and undermining the free press with threats an​​d violence allows disinformation to flourish and democratic norms to break down. Intimidation also creates a chilling effect that makes it harder for journalists to report the facts and hold power to account.

But this is nothing new to the Russian President and his allies.

Since Putin first became President in 2000, 25 journalists have been murdered in Russia, according to data collected by the Committee to Protect Journalists. Independent broadcasters such as Rain have been forced to close. Journalists covering pro-opposition demos have been subjected to what Reporters Without Borders called “preventive visits” as well as searches of their homes.

One such visit to the home of Sergie Smirnov – editor of Mediazona, a leading online source of reporting on police and judicial abuses – led to his hard drive being confiscated by police.

At least four more journalists have been charged with “violating public health norms” and accused of urging Russians to participate in pro-opposition demonstrations. They include Mediazona publisher Piotr Verzilov; sports presenter Nikita Belogolovtsev; and Tatiana Felgengauer, a reporter for independent radio station Echo of Moscow.

In contrast, state-supporting TV channels such as RT and Russia-One repeat regime propaganda about the invasion of Ukraine – spreading disinformation about Russia’s actions, motivations and the conflict.

Social media has also played a disturbing role in spreading disinformation. Byline Times revealed how Facebook continues to allow the man known as ‘Putin’s Rasputin’, Alexandr Dugin, to post conspiracist content on the social network. Meanwhile, DW.com uncovered how a website called ‘War On Fake’, as well as its associated Telegram page, was spreading fake news about Ukraine.

Perhaps unsurprisingly, many world leaders who have expressed support for Putin or who have at least failed to condemn Russian aggression in Ukraine, are in the business of silencing the free press.

The most notorious journalist assassinations of recent years were the killings of American journalist Marie Colvin and French photojournalist Remi Ochlik in Baba Amr, Syria, in February 2012. The deaths were no accident. Putin is one of Syrian President Bashir al-Assad’s closest allies.

In a civil case in the US, Judge Amy Berman Jackson of the US District Court in Washington D.C. found that Colvin had been “deliberately targeted because of her profession, for the purpose of silencing those reporting on the growing opposition movement in the country”.

The Belarussian dictator Alexander Lukashenko is Putin’s key ally in Europe and has imprisoned at least 31 journalists, including those who covered pro-democracy protests following the 2020 election. They include Katsyaryna Andreyeva and Darya Chultsova who were sentenced for two years after publishing a live broadcast of clashes between police and mourners of a killed protestor. 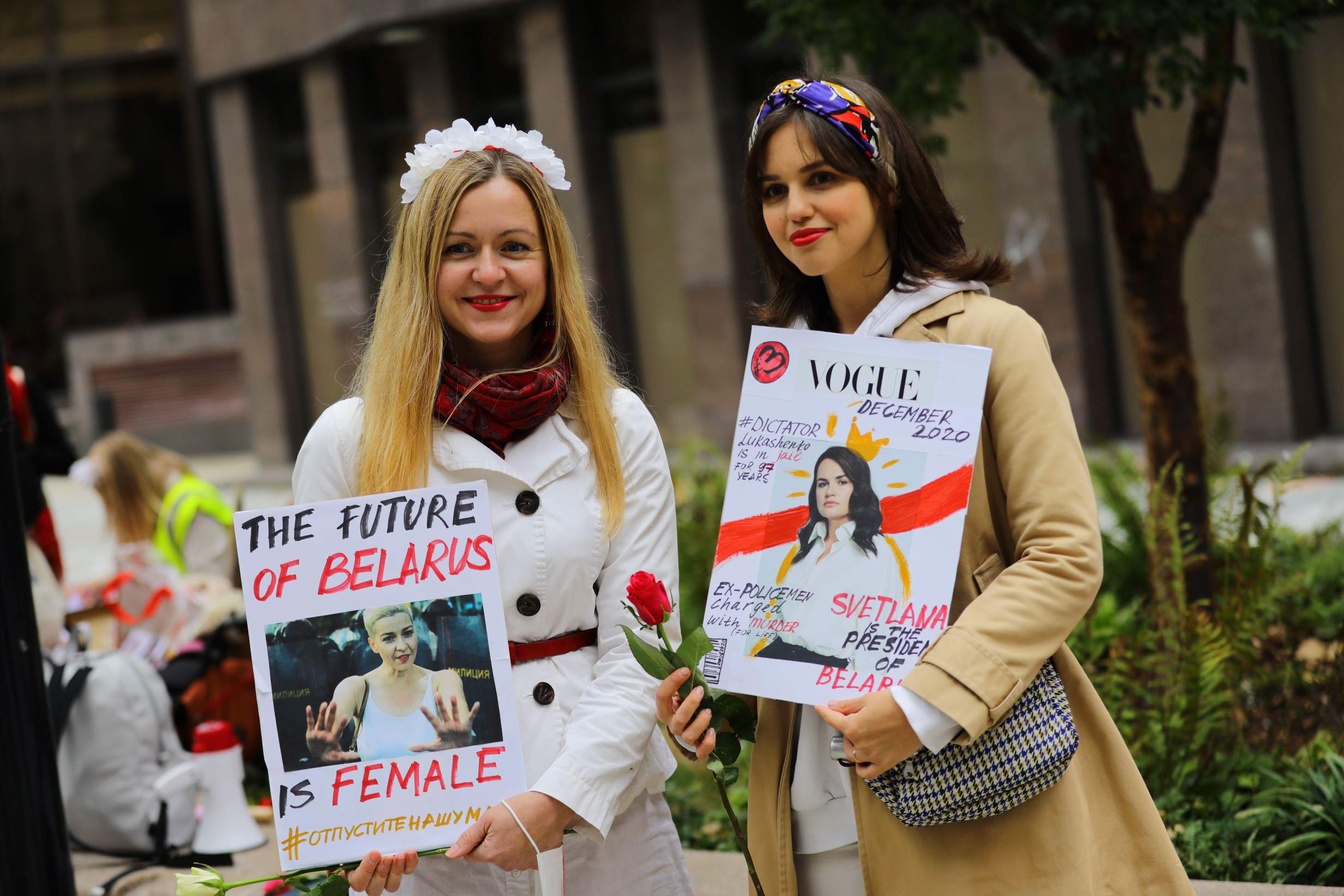 Turkey has the highest numbers of journalists behind bars – 293 in 2021. The mass incarceration of journalists was precipitated by the 2016 failed coup, which gave the authoritarian leader President Tayyip Erdoğan an excuse to jail media workers, academics and intellectuals who he deemed was a threat to his regime.

Erdoğan treads a fine line in his support for both Putin and Ukraine, but moved to block attempts by Finland and Sweden to join NATO – a position shared by Russia.

Saudi Arabia’s repression of free speech is well-documented, as is its support for Putin’s Russia – the two countries partner on Opec+, a multinational effort of oil-rich countries to better coordinate oil production and stabilise global prices.

Jamal Khashoggi, a Saudi dissident, journalist, columnist for The Washington Post, former editor of Al-Watan and former general manager and editor-in-chief of the Al-Arab News Channel, was assassinated by agents of the Saudi Government in 2018. The number of imprisoned journalists and bloggers in Saudi Arabia has tripled since 2017 and now stands at 28 journalists.

Another increasingly authoritarian leader with pro-Putin leanings is India’s President Narendra Modi. The leader of the Hindu nationalist Bharatiya Janata Party has overseen an assault on press freedom, despite him saying in 2014 that he was committed to freedom of speech. A total of 67 journalists were arrested in 2020, while hundreds more were attacked. Seven are currently in prison.

Women who are critical of the Government face fierce online trolling and threats. These include Delhi-based freelance journalist Neha Dixit who says she has been “stalked, openly threatened with rape and murder, viciously trolled”. The freelance journalist Rohini Singh has reported receiving rape and death threats. Rana Ayyub, an investigative journalist who has been critical of Modi’s Government, was barred from leaving India earlier this year and has long been the subject of threats and intimidation.

Modi has been criticised for his support of Putin.