Having recast Russia’s assault on Ukraine as a defensive operation against Nazis, the Kremlin has engaged in full-scale revisionism and has opened a back door to classic Soviet antisemitism.

Russian President Vladimir Putin’s Victory Day speech on the 9 May has now been fact-checked, including some familiar claims used by the Kremlin as a pretext for invading Ukraine. Most famous is the charge that the Kremlin is engaged in a protective operation in a historical part of Russia which it aims to rid of Nazis.

Not only has Ukraine been an independent state for more than 30 years: there are no members of any neo-Nazi party in the government of Ukraine. In fact, far-right parties received just over 2% of the vote in the 2019 parliamentary elections, considerably less than in several European states. Moreover, there is no evidence whatsoever that the Ukrainian president Volodymyr Zelenskyy has ever had any affiliations or sympathies with any far-right party.

In spite of these details, Russian President Vladimir Putin maintains that Russian forces are denazifying a region of Russia through aerial bombardments and an unprecedentedly large land offensive.

The Soviet practice of singling out Jews as emblematic of certain ideological or political positions… is seen in the pick-a-Jew politics of the extreme right and extreme left today.

When challenged over the rationale for the invasion of Ukraine, and specifically in relation to the incongruous fact that the President of Ukraine is Jewish, the Russian Foreign Minister Sergei Lavrov ensnared the world’s media, and the government of Israel, with further debates over the nature of antisemitism.

Several commentators have shredded Lavrov’s claim that Zelenskyy’s Jewish identity does not excuse him from the charge of Nazism, because in his world view even Hitler “had Jewish blood”. Lavrov’s assertion that “some of the worst antisemites are Jews” was denounced by both the Israeli Prime Minister Naftali Bennett and his Foreign Minister Yair Lapid, who wrote on Twitter that “the lowest level of racism against Jews is to accuse Jews themselves of antisemitism”.

Bennett subsequently asked Putin to apologise to Israel, but there are conflicting reports of the outcome of his request, and many still question if an apology was in fact delivered.

Yet, these are distractions. However offensive Lavrov’s comments, my “Jewish blood” is boiling, not over the outrageous and untrue statements made by a Kremlin publicist, but because Putin has launched a war of aggression on a neighbouring state which has seen almost 13 million displaced, and, literally adding insult to injury, has mobilised Nazi tropes and methods to destroy Ukraine and its people.

Putin and Lavrov seek at once to co-opt the legacy of the Holocaust, and rescript the Nazi playbook which they have done through their creation of a mythical collective enemy – a state of Nazis – and their strategy of dehumanising their victims.

To achieve these ends, Russian forces have besieged the residents of Mariupol and other cities, to THE point of starvation, destroying all civilian infrastructure in their wake, including schools, hospitals, and theatres. As we have argued, they have also engaged in mass deportation, forced labour and enslavement of their victims. 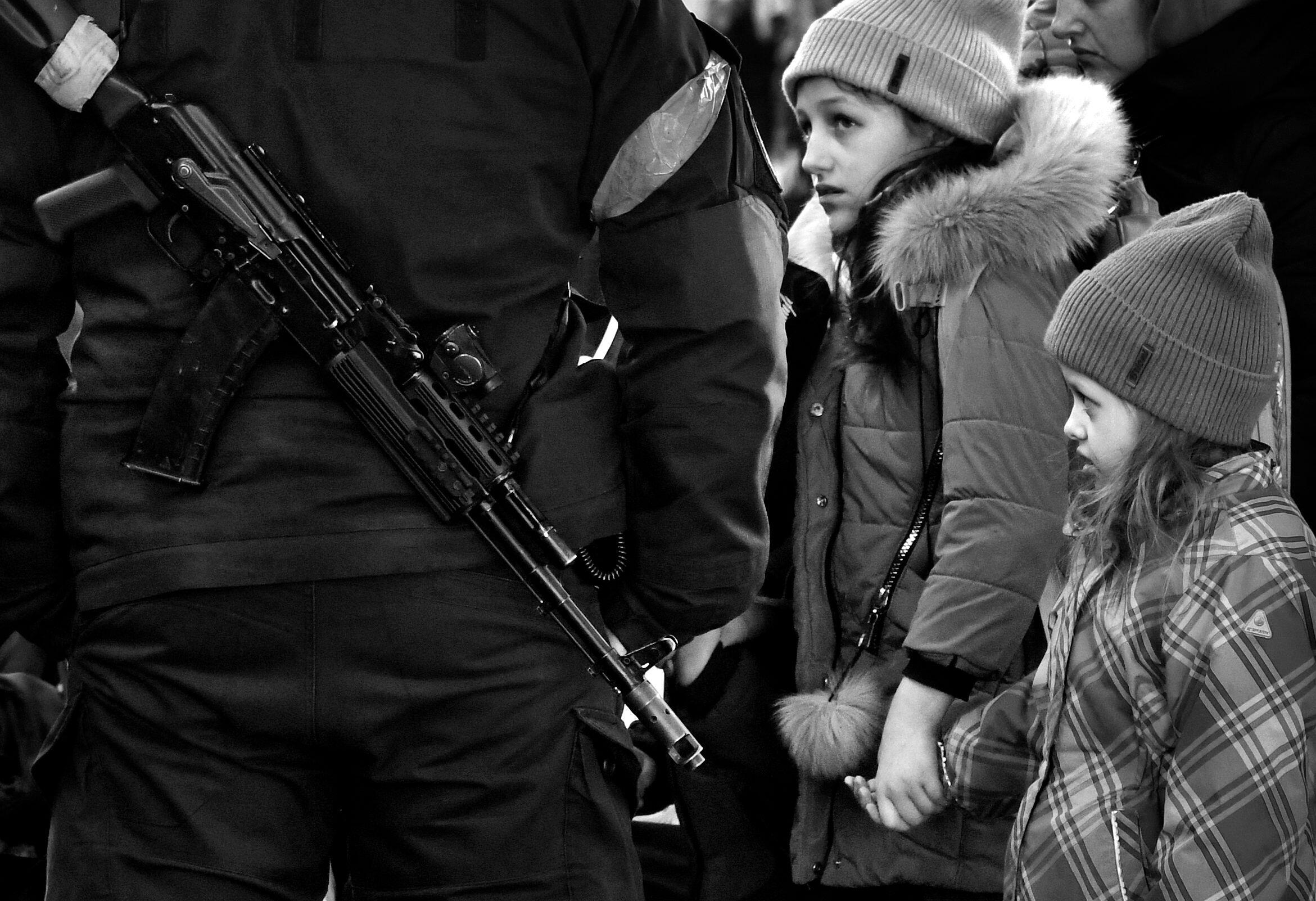 Russia’s deployment of mobile crematoria has also reawakened visceral memories of the Nazis’ genocidal war against the Jews as an occupying force is using industrial methods to destroy all human traces of its victims.  It is not just that these Ukrainians disappear. They disappear from the earth altogether. These facts speak to the collective trauma of the Holocaust far more than Lavrov’s name-calling.

In this sea of evil, Putin and Lavrov have found yet further opportunity to stir up antisemitism. Given the scale of their crimes, this may seem to be a minor point, but it is worth reminding Western readers since it builds on Soviet traditions and provides cover to Kremlin apologists who are working to undermine the defence of Ukraine.

First, there is the obvious ad hominem attack on Zelinkskyy made by Lavrov which put the Jew in the centre of the story, even when the whole state of Ukraine is under attack and there is a multi-party, multi-ethnic, consensus committed to its defence. Rather than strip out Lavrov’s lies, arguments have ensued over the relationship between an individual leader, his ethnic origin, and ideological leanings.

While it is so very unlikely that any Ukrainian Jew would express Nazi sympathies, the broader question is why so many rushed to respond, by investigating and reporting on the character and biography of a leader, rather than simply refute the untruthfulness of the statement, and hence the integrity of the protagonist who invoked the trope of the distrustful and powerful Jew.

Second, as this episode spills over into the politics of memory, the battle lines between victim groups, and their relationship with Jews have again resurfaced. While it is true that during Putin’s reign there has been a marked shift away from Soviet-style state-sponsored antisemitism, and Jews enjoy considerable religious freedoms today, their place is increasingly defined relative to the Russian president who has been described as both philosemitic and antisemitic.

One frequent retort is that Putin enjoys a warm relationship with individual Jews, whether his former teacher for whom he bought a flat in Tel-Aviv, or communal leaders, well-known oligarchs and public figures. Yet, this is the same leader whose cosmology is built on a nationalist and revisionist account in which Orthodox Christians have displaced Jews as the principal victims of Nazism, that he is the great protector, while his troops are shelling Holocaust memorials and sites of Jewish mass burial. 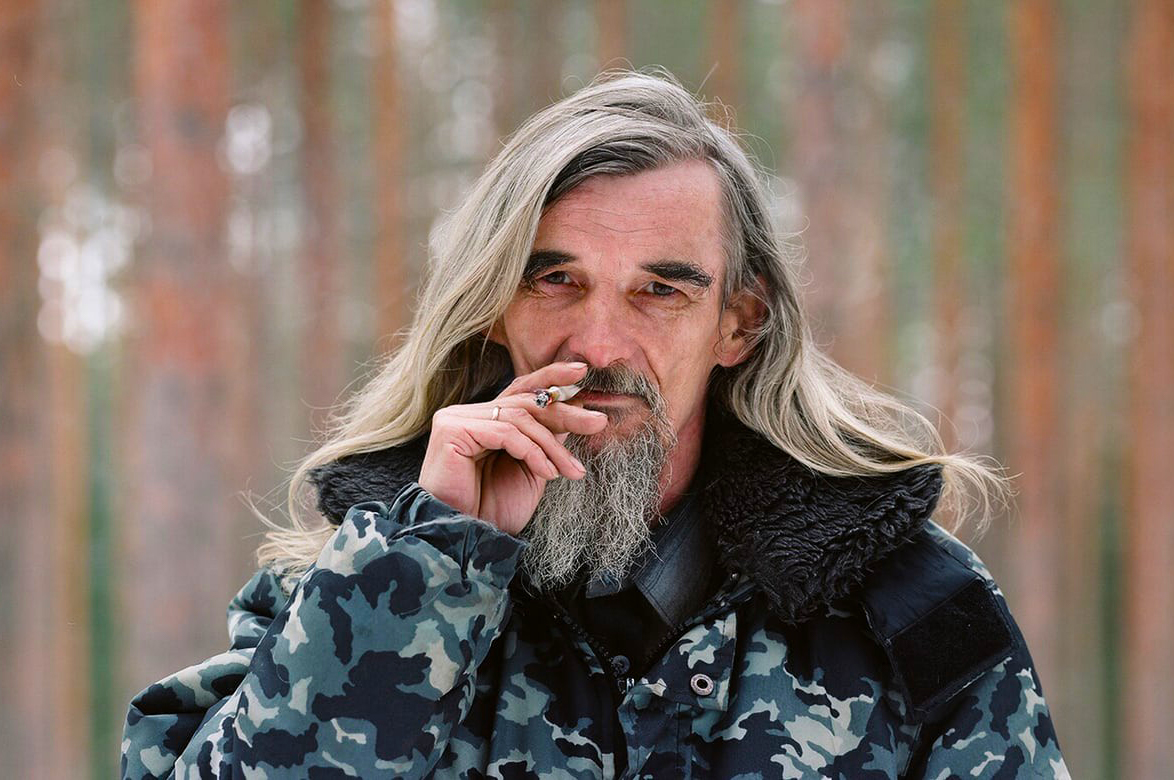 Recently Putin has turned to barely coded tropes, speaking of “fifth columnists” and traitors of the nation.  He has also allied himself with antisemites. Apart from the Syrian president Bashar Al-Assad, the most influential is the Chechen leader Ramzan Kadyrov, a warlord accused of torture and executions, whose militias have been deployed alongside Russian forces in Ukraine.  Elsewhere Kadyrov publically called for Arab states to attack Israel on the state-owned media station RT, and stirred up religious hatred through his public interpretations of Islamic history.

It is bizarre that in the 21st century anyone should measure tolerance shown to Jews in relation to a supposedly elected political leader of a nominally constitutional democracy *not that such epithets apply to Putin’s Russia). As we know, the line “some of my best friends are…” (insert Black, Jewish, etc.) has been used to excuse racial abuse, most notably in the case of former US President Donald Trump who, in spite of his support for Israel, and some of his children’s conversion to Judaism upon marriage, encouraged far-right groups and individuals, who shot up synagogues and killed American Jews in his name.

Assessing tolerance through the lens of patronage does not dispel prejudice. Rather, such assessments shine a light on our own limited understandings of equality.

With the Lavrov affair, we see the Kremlin borrowing from the Soviet tradition of dividing the Jewish world into ‘useful Jews’ and “traitors”.  In both Tsarist Russia and the Soviet Union, a small number of Jews were identified as ‘useful’ on account of their wealth, military service or political loyalties. In the Soviet Union, Jewish members of the Anti-Zionist Committee of the Soviet Public were known as “useful Jews” or “pocket Jews”. Yet, their fortunes could also change very quickly.

After World War Two, several members of the Jewish Anti-Fascist Committee were arrested and targeted for show trials. They were later executed on the grounds that they were seeking to set up an independent state to serve US interests. In fact, their crime was documenting the Holocaust, an activity that challenged the official Soviet policy which presented the Nazis’ atrocities as having been waged against all Soviet citizens, as opposed to acknowledging the specific genocide of the Jews.

The Soviet practice of singling out Jews as emblematic of certain ideological or political positions, rather than as autonomous actors who can make authentic choices, is in fact seen in the pick-a-Jew politics of the extreme right and extreme left today.

The sociologist David Hirsh, who has dissected how Jews might be used to support non-Zionist and anti-Zionist agendas, speaks of the ‘community of the good’ to illustrate how alleged loyalties have been mobilised, while Jews have been accused of conspiring against the left in particular.

Similar arguments are made by opportunists who are cowering behind Russia’s mythology only to brandish the red and brown flags of antisemitism. For example, pro-Assad propagandist Vanessa Beesley was heard on her podcast claiming that not only is Israel funding and arming what she describes as the neo-Nazi Azov and Aidar battalions but that Israelis are fighting in them: hence her claim that “Zionism in Ukraine” is allied with Nazism.

With Victory Day now behind us, and in the absence of a formal declaration of war by Putin, we may expect to see him revert to further coded messages including the deployment of antisemitic tropes to create division between historical allies, who now find themselves on opposing sides.

We may also see greater accommodation of Nazi methods, and the emergence of new red-brown alliances. While this may be expected from a desperate Kremlin as they try to figure out Putin’s next move, journalists and politicians in the West should not give such alliances further oxygen by engaging with its propaganda.

Brad Blitz is Professor of International Politics and Policy at UCL.