I awoke this morning to a frenzy of jubilation on social media – from London-based Labour activists, celebrating the party’s historic electoral success in the capital.

“A new dawn has broken, has it not?” one posted, seemingly referencing Tony Blair’s 1997 General Election landslide.

Labour has undoubtedly seen some remarkable results in the capital, following yesterday’s local elections. Wandsworth, Barnet and Westminster councils have all fallen to Keir Starmer’s party, after years – even decades – of Conservative rule.

However, with the Labour Party, there must always be a caveat.

“London will be even more clearly a one-party fiefdom,” says elections expert Professor John Curtice. “But outside London, as compared with 2018, when the seats were last contested, it looks like Labour’s vote is actually down slightly.”

Indeed, Labour went into the night expecting to lose seats overall in England outside London, and that appears to have been the case.

The so-called ‘Red Wall’ is a consideration here – the bloc of former industrial Labour seats that flipped to the Conservatives in 2019. The seats contested yesterday were last fought in 2018, and so Labour’s relatively stable showing in the north has been interpreted as the party improving its performance from the last general election.

Primarily, Labour lost three consecutive elections prior to 2019, even though it retained the bulk of its Red Wall seats. Theresa May’s Conservatives won a narrow majority of seats in 2017, with the assistance of the Democratic Unionist Party, even though Labour’s support climbed in some former industrial areas. 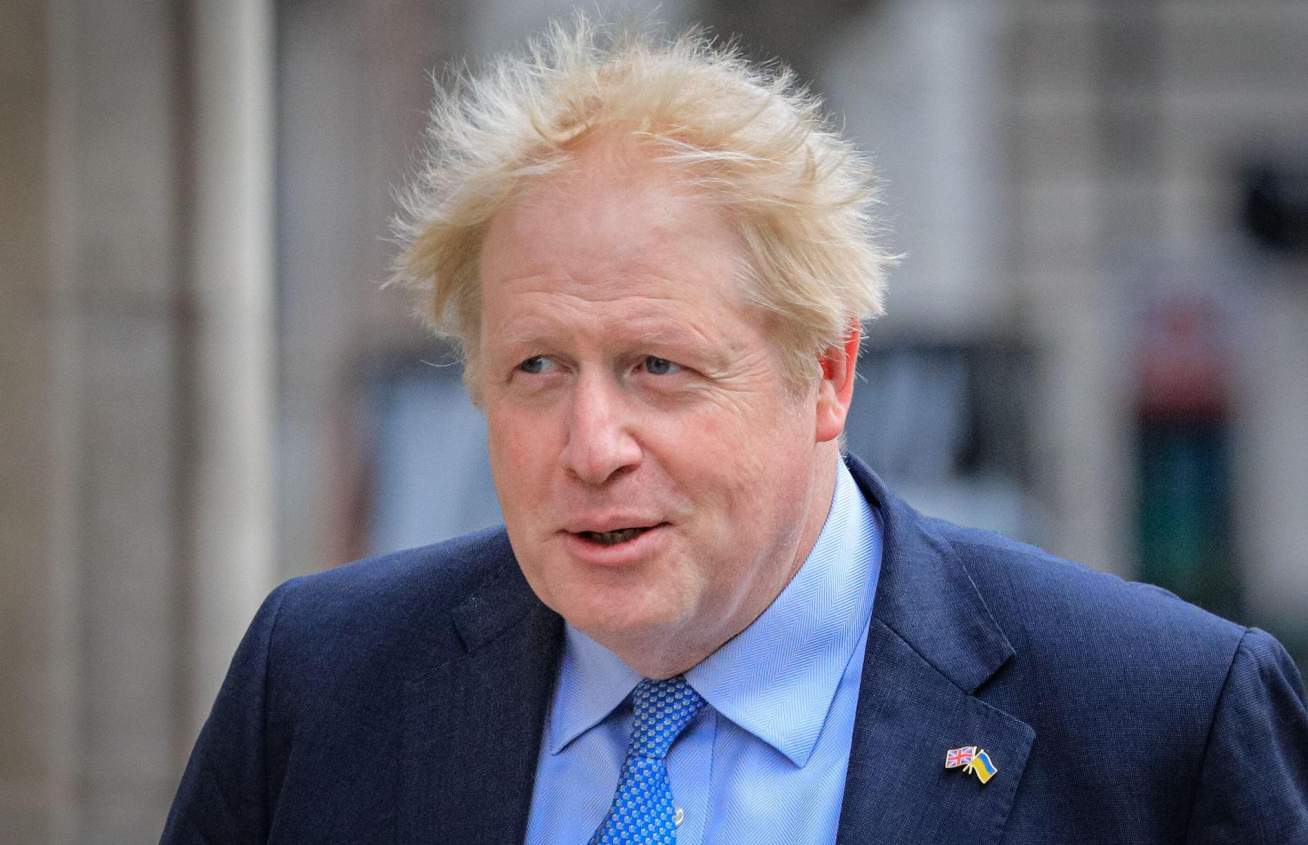 To interpret Labour’s performance, we therefore need to look both beyond London and the Red Wall.

The party’s decline as an electoral force has coincided directly with its demise in Scotland. In 2005, Labour won 41 of the 59 available Westminster seats in Scotland and 39.5% of the vote share. At the 2019 General Election, however, the party won a solitary seat in Scotland – Edinburgh South – and 18.6% of the national vote.

Though the results of this year’s elections in Scotland are behind England, the polls suggest that Labour will replace the Conservatives as the party of opposition, while the dominant Scottish National Party (SNP) will largely maintain its position.

Labour’s path to power runs through Scotland – either in the form of mass Labour gains, or a pact with the SNP. The latest Britain Elects general election polling tracker has Labour 30 seats short of a Westminster majority, with the Liberal Democrats winning 18 seats and the SNP on 55.

In fact, if Labour doesn’t make up significant ground north of the English border – or agree a deal with the SNP – Starmer’s party would need to win North East Somerset from Jacob Rees-Mogg (who currently has a 36% majority) in order to walk into Downing Street as the single party of government.

Camping in the Fortress

Labour’s performance in these local elections presents another danger: the risk that the party will become further entrenched in its ideological heartland – London.

Over recent years, Labour’s support has fortified in diverse, liberal metropolitan hubs – particularly in the all-consuming capital. Roughly a-quarter of sitting Labour MPs represent a London constituency, despite the capital only accounting for some 13% of the UK population.

As described by Maria Sobolewska and Robert Ford in Brexitland, by 2015 Labour represented 67 of the 75 seats in England and Wales where the white population share was below 75%. These MPs also carried overwhelming local support, boasting an average majority of 30%. 2015 was the first election in which liberal identity groups outnumbered conservative identity groups among Labour voters – signalling the direction of travel within the party towards a more urban composition and outlook.

Labour has a problem in towns and rural areas – and these local election results do not show a marked abatement of that trend. As the Fabian Society pointed out in a 2018 report, 61% of surveyed people in rural England and Wales said that Labour does not understand people who live in the local area, compared to 45% in ‘town and fringe’ areas and 39% in urban Britain.

“Labour’s association with cities leads to an association of Labour with urban snobbery towards rural areas – a sentiment that was shared almost unanimously by participants in all focus groups,” the report stated.

In the south-west, for example, the Liberal Democrats have been mounting a charge against the Conservatives, logging big gains. This will act to Labour’s benefit overall, stripping the Tories of seats. But Labour’s concentration in London risks skewing the party’s mindset even more towards the beliefs embodied by the capital – a place that is ostracised from the rest of the country and therefore poses a danger to the progressive movement. 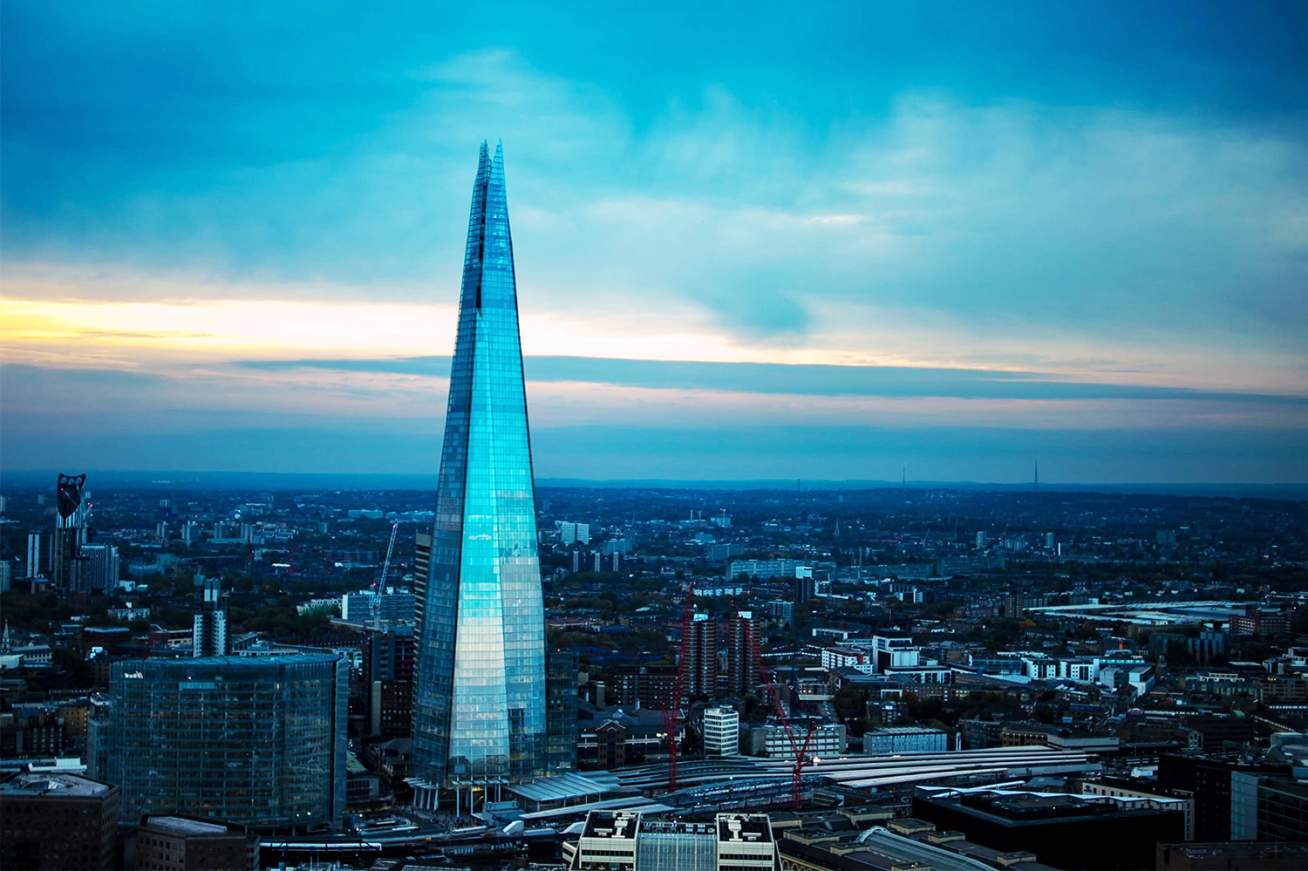 The Shocking DividesBetween London and the Rest of Britain

London is more liberal, more diverse, better educated, more wealthy (and more impoverished) than anywhere else in the country – a political and demographic outlier.

The non-white British population constitutes 55% of the capital, compared to just 20% in the second most diverse region, the West Midlands. Statistics produced by the Office for National Statistics in 2020 suggest that, of the 50 places with the highest disposable incomes in England and Wales, 41 were in London. The capital also has the highest rates of poverty in the country. If London’s impoverished formed a city of their own, it would comfortably be the second-largest in the UK.

If, in the hysteria of its electoral successes in the capital, Labour further absorbs the ideological composition of London, it will continue to alienate towns and rural areas – or, at the very least, it will not be able to recover these seats in sufficient numbers to win a general election.

Taken as a whole, this year’s local election results merely uphold Labour’s direction of travel since 2010.

In 2019, Labour’s share of the vote increased in just 13 seats – 2% of all House of Commons constituencies. These seats were characterised by a relatively large number of black and ethnic minority voters, a significant number of professional workers, relatively high levels of deprivation, situated in or around large cities – especially in London.

In short: Labour gained votes in London, lost some votes in other cities, and haemorrhaged support in all other areas. The continuation of these trends in 2022 – albeit with a modest uplift in support relative to 2019 – shows that Labour has not become a potent electoral force.

We must also keep in mind the scale of Labour’s task. To win the number of seats needed to form a majority at the next election, Labour must increase its number of MPs by more than 60% – a feat that has never been achieved by any major party.

Yet, to stand a fighting chance at the next election, Labour must resist its retrenchment to London. Its path to victory runs through the north, and it must quickly establish how to win over Scotland – or how to align with the SNP without alienating England.

However, in this regard, the Conservatives may present Labour with an opportunity. Boris Johnson’s ‘Partygate’ antics, and the prevarications of Scottish Conservative Leader Douglas Ross – first calling for Johnson to resign, before backing the Prime Minister – looks set to give Labour a firm foothold in Scotland.

Additionally, it seems likely that the migration of ‘Blue Wall’ seats to the Liberal Democrats will prompt the further dilution of Johnson’s flagship ‘levelling up’ agenda.

“The Government is evidently letting politics drive levelling up,” Greater Manchester Mayor Andy Burnham said in an interview for my book, Fortress London.

Burnham notes that, since the Conservative Party’s loss to the Liberal Democrats at the Chesham and Amersham by-election in June 2021 – a model Blue Wall constituency – the Government has stretched the scope of levelling up beyond the Red Wall, increasingly applying the term to the south as well as the north.

“Without being cynical, levelling up is the right theme – but it has got to be done in the right places and in the right way – and not so broad that it becomes meaningless,” Burnham told me. “If anything, we’re in retreat from where Johnson was a couple of years ago. The question is how far in retreat.”

In other words, in order to stem its losses in the south, the Government may diminish or even dispense with its pledge to invest disproportionately in former industrial areas – instead redirecting funds to the Home Counties.

On this front, Labour must be ruthless. It must pore over the Government’s plan and expose its contradictions – showing unequivocally that Johnson’s sloganeering will not provide economic sustenance to the midlands or the north. And Labour must develop a compelling alternative agenda – speaking to the cultural conservatism and the economic radicalism of voters who are increasingly disenfranchised with mainstream politics.

Above all else, Keir Starmer must realise that Labour has entrenched its support in London for the last decade – and has lost four consecutive general elections. The party’s success in the capital will generate a lot of noise, but the next election will not be won in London – and, right now, it appears that the party’s former heartlands are still not willing to hand Labour the keys to power.