The Conservative Party is refusing to deal with the Prime Minister’s failing leadership as he leads the UK into a recession which could expel him from office, reports Adam Bienkov

Boris Johnson’s Conservative Party have suffered a terrible night in the local elections, losing votes right across the country, as well as the control of several flagship councils in London.

Margaret Thatcher’s favourite council Wandsworth was the first to fall to Labour, with fellow Conservative stronghold Barnet following shortly after.

However, it was the loss of Westminster Council that has caused the biggest shock overnight. Even the most optimistic Labour sources Byline Times spoke to in recent days had downplayed their chances of taking this council, which has been held by the Conservatives since its creation.

The London losses are totemic for the party.

The party’s former leaders in Wandsworth and Westminster were both hired by Johnson as his chiefs of staff while he was London Mayor, while their boroughs were portrayed as a model for his own future premiership. His two victories in London also helped create the myth of him as a ‘Heineken’ politician who could reach voters that other Conservative politicians simply couldn’t.

Last night’s results have ended that myth. Across the city, Conservative politicians spoke out against the Prime Minister, with the party’s outgoing leader in Wandsworth saying that “the issue of Boris Johnson” had been raised “consistently” by voters.

Meanwhile, Conservative MP for Wimbledon, Stephen Hammond, said that his party’s voters had deserted them in large numbers due to Johnson’s handling of the ‘Partygate’ scandal.

Yet, while voters across the country are clearly turning against the Prime Minister, the results suggest that there is not yet evidence of any great enthusiasm for Keir Starmer’s leadership. Although Labour’s vote share is up on last year, it appears to be broadly unchanged from its performance in the 2018 elections. Its performance also appears to have been decidedly more mixed in those parts of northern England it lost to Johnson’s party in 2019.

Overall, the picture in these elections is that voters are turning away from the Conservatives rather than turning in great numbers to Labour. 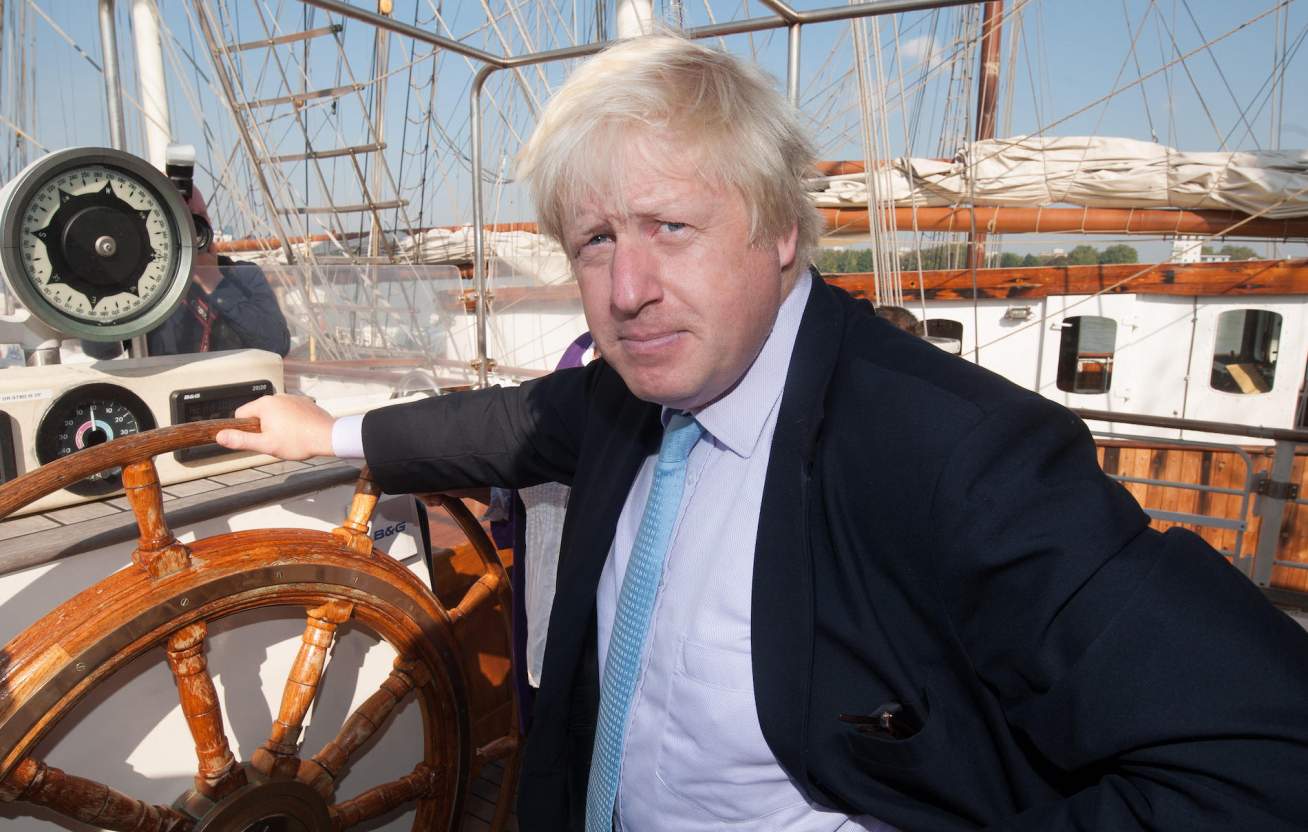 Johnson’s Ship is Sinking withConservative MPs Tied to the Mast

Johnson Sailing Conservatives Towards the Rocks

However, this last fact risks lulling the Conservative Party into a false sense of security that could cost them dearly at the next general election.

The fact that Labour’s overall performance does not yet indicate a party heading towards forming a majority government will give many Conservative MPs yet another excuse to avoid tackling their own leadership crisis.

Across the news channels overnight, Conservative ministers queued up to dismiss the results as mere mid-term blues that could be easily recovered by the party. This would be a mistake.

The big losses suffered by the Conservatives overnight were due in large part to the Prime Minister’s own unpopularity. While Conservative campaigners right across the country avoided mentioning the Prime Minister on the doorstep, opposition parties featured his name heavily on their leaflets and doorstep pitches.

Speaking at the result of Labour’s victory in Wandsworth, London Mayor Sadiq Khan described that Prime Minister as “a vote-winner for Labour” in the capital.

In other parts of the country, campaigners from all parties told Byline Times that Partygate had turned Conservative voters against the Prime Minister, with older voters in particular seeing the issue as one of “morality” in which Johnson had fallen short.

The Prime Minister’s character failures, which were exposed so vividly by that scandal, do not appear to be going away.

Asked by Good Morning Britain this week about a pensioner who had been forced to ride buses all day because she could not afford to heat her home, Johnson responded by boasting about his own role in introducing the 24-hour free bus pass. This response was both callous and dishonest. In reality, the pass is only available in London where it is funded by local boroughs, and it was slashed at the start of the Coronavirus pandemic due to a deal forced on the city by Johnson’s Government.

This cost of living crisis is also only going to get worse. The Bank of England on Thursday suggested that the UK is heading for recession and a painful period of stagflation. This would be difficult for any government which has been in power for as long as this one has, but it will be even more difficult for one that has deliberately chosen to avoid using the powers it has to help people.

Johnson’s refusal to help those suffering from surging energy prices or to raise the benefits of the nation’s poorest people, will only make his party’s prospects worse at the next election.

As the leading elections expert Professor John Curtice told Byline Times this week, while Labour may not currently be on course to winning a parliamentary majority, it will not take much for Johnson to lose his. And once lost, it will be very hard for him to find the friends in Parliament he needs to sustain a Conservative administration.

This fact has led to some speculation that Johnson is planning to call an early general election, potentially as early as this summer.

There will be very few Conservative MPs looking at today’s results who would welcome such a prospect. However, as long as Boris Johnson remains in post, their prospects will only continue to deteriorate.

Speaking to Byline Times earlier this week, one Conservative MP and former Cabinet minister said that the party was now “strapped well and truly to be the mast of the good ship Boris”.

The message from these local elections is that, unless there is a sudden change in course, the entire Conservative Party risks going down with the ship.