Conservative MPs appear complacent as the Prime Minister sails their leaky ship towards the rocks of this week’s local elections, reports Adam Bienkov

“Our fortunes are strapped well and truly to be the mast of the good ship Boris,” one Conservative MP and former Cabinet Minister told Byline Times this week.

“And, depending on which of my colleagues you talk to, that either fills them with fear or they tell you: ‘well, in a Boris versus Keir battle we’re not going to lose by betting on Boris’.”

This comment is very revealing about the mood among Conservative MPs as voters head to the polls for local elections on Thursday.

While the party has been battered by months of headlines about the Prime Minister’s law-breaking, most Conservative MPs believe that they have missed their moment to throw him overboard.

Although Keir Starmer’s party has built a clear lead in the polls, Labour is not yet so far ahead as to convince Conservative MPs to take the plunge themselves.

The local elections will be the first real test of this calculation.

The waters ahead look grim for Johnson. In his former London heartlands, polls suggest that he is set for a historically poor performance.

Labour campaigners in the Conservative flagship councils of Wandsworth, Barnet and Westminster say that they are optimistic of making big gains, while Conservatives activists are resigned to a terrible night.

“I think the Conservatives will lose Barnet, may lose Wandsworth and will probably lose seats in Hillingdon and Westminster,” one senior London Labour figure confidently predicted to Byline Times.

If true, this would be a disastrous showing for Johnson, who was London’s Mayor between 2008 and 2016. His performance in the city helped create the image of him as a ‘Heineken’ politician; one who could reach parts of the electorate other Conservatives simply couldn’t.

If current polls are correct, that image is about to crumble.

“It looks really, really tough in London,” one Conservative MP conceded to Byline Times, who also predicted that the party would take big losses elsewhere in the country.

In Scotland, where Johnson’s Conservative colleagues publicly called on him to quit earlier this year, the party also looks likely to slip into third place behind Labour. 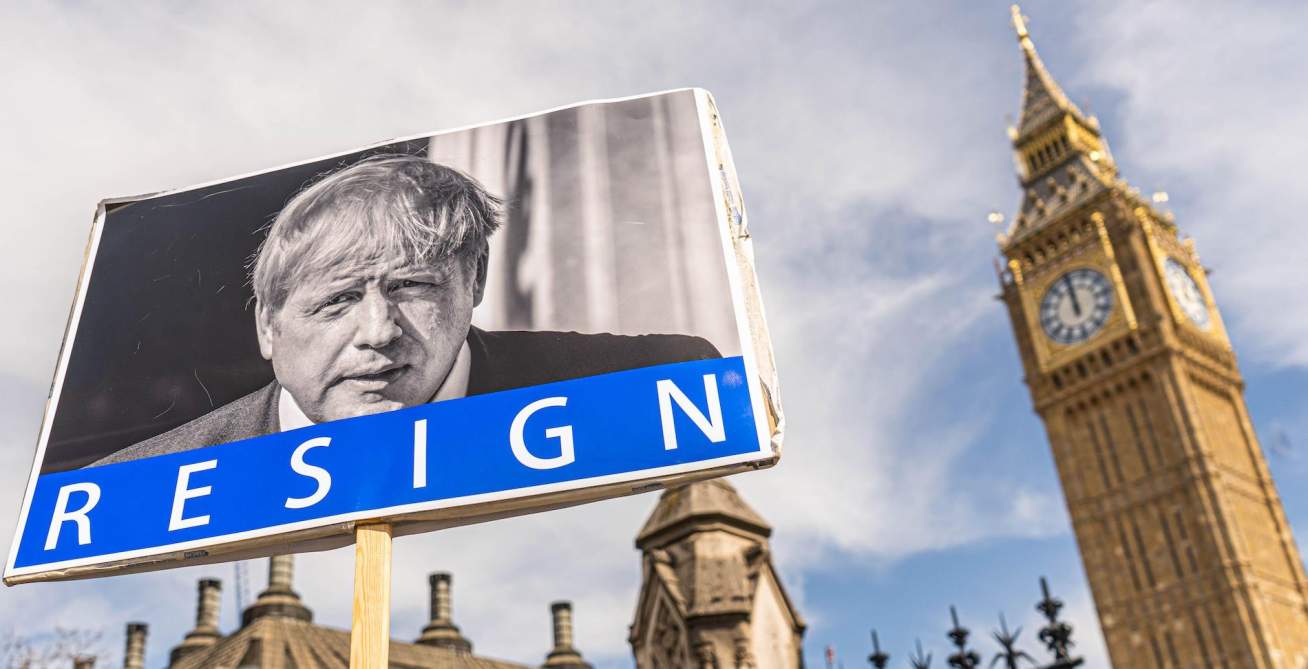 Meanwhile, a resurgent Liberal Democrats are expected to take big chunks out of Conservative support in parts of the south and south-west.

“Certainly our candidates in these elections have been frustrated by the national party, and they try to avoid mentioning Boris if they can,” the MP added.

Yet, such a showing is unlikely to result in the sort of ‘Conservative meltdown’ headlines you might otherwise expect. This is due largely to the fact that most of the contests will take place in seats already held by opposition parties. Any Conservative losses will also be masked by suggestions that the party appears to be doing less badly in the so-called ‘Red Wall’ seats previously held by Labour in the north of England. And, because of when these elections were last held, Labour could end up losing seats in these Red Wall areas, even if its overall national vote share rises significantly.

This analysis is shared by Conservative sources, who say that the ‘Partygate’ scandal is hitting them worst in their southern strongholds, while causing fewer problems in the areas they gained in the 2019 General Election.

‘”Whenever we’ve been knocking on voters’ doors, I’ve been very happy with the response,” one Red Wall Conservative MP, who strongly backs Johnson, told Byline Times. “I went out the day after the Prime Minister got his fixed penalty notice and only two people brought it up in about 400 doors.”

How seriously we should take these claims of Conservative resilience in the north of England remains to be seen. However, the sheer number of Labour-held seats in Thursday’s local elections means that predictions of massive Conservative losses look likely to be very wide of the mark.

In an interview with Byline Times, Britain’s leading pollster, Professor John Curtice, said that the actual number of Conservative losses would likely only be a fraction of the numbers being pushed by some of Boris Johnson’s supporters.

“The Tories are only defending 1,400 seats in England so it’s impossible for the number of losses to be very big,” he told Byline Times. “It’s just basic arithmetic.”

Prof Curtice suggested that Johnson’s party would likely only lose a few hundred seats, at most, if current polling is accurate. For this reason, he suggested the focus on seat numbers was not very helpful for understanding these elections.

“If you really want to know how I think you should measure these elections, the answer is to compare the vote shares in 2022 with 2021,” he said. “That is by far and away the most useful indicator of what everybody is interested in, which is how much trouble are the Conservatives in now.”

Even this measure may end up giving some comfort to Johnson’s supporters, however.

According to Prof Curtice, current polling suggests that Labour is not doing as well as either Tony Blair or David Cameron did at this point in the electoral cycle when in opposition.

But the problem for the Conservatives is that Labour doesn’t need a particularly large swing at the next election in order to oust Johnson.

“It’s very easy for the Tories to lose their overall majority,” Prof Curtice added. “And because they don’t have many friends in the House of Commons, once the Tories are below about 320 seats then they’re stuffed and can’t sustain an administration.”

As a result, the Conservatives are already leaning into warnings about ‘secret pacts’ between Labour and the Liberal Democrats.

The Conservative-supporting Mail on Sunday last week splashed on analysis suggesting that Labour and the Lib Dems had deliberately stood down in seats which the other party has a chance of winning. Warnings of a pact between the two parties also feature heavily in attack lines briefed out to Conservative campaigners this week.

Both Labour and the Lib Dems deny any such deal has been struck and election analysts say that there is little evidence of a co-ordinated plan between the two parties.

Such warnings are also unlikely to carry much water with an electorate that can well remember the Conservative Party’s own previous arrangements with the Lib Dems, the Brexit Party and the DUP.

Yet, the fact that Johnson’s party is leaning so heavily into this narrative suggests that it is all too aware of the direction its own ship is heading. Because once the attempts at expectation management are stripped away, current polls suggest that the Conservatives are heading for some very stormy waters indeed.

And if Boris Johnson’s ship continues to take on water, then the hopes of his leadership staying above water will only continue to sink.