The Chancellor is debasing public standards and ethics in exactly the same way as his boss, argues Rachel Morris

Rishi Sunak continues to urge UK firms to withdraw from Russia to inflict “maximum economic pain” on Vladimir Putin. On 13 March, the Chancellor tweeted: “I am urging firms to think very carefully about their investments in Russia and how they may aid the Putin regime. I also want to make it clear that there is no case for new investment in Russia.”

In a video distributed by the Treasury, the Chancellor repeated: “Since the start of the Russian invasion, we’ve seen widespread commitments from firms and investors to end their involvement with Russian assets, or in other words, to divest.” He added that divestment can be challenging, but that it’s necessary in order to stymie Putin’s war effort.

However, it has been quickly pointed out that Sunak’s close family members are currently invested in Russia. The Chancellor’s wife, Akshata Murthy, holds a £700 million stake in the IT services and consultancy company Infosys – a firm that continues to operate in Putin’s kingdom. Murthy has collected an estimated £11.5 million in dividend payments from Infosys over the past year, that has a Moscow office, and has neither divested from Russia since the invasion of Ukraine, nor has it announced plans to do so.

This week, Byline Times further revealed that Murthy has invested in a firm tied to a Russian billionaire with past links to a Kremlin insider. 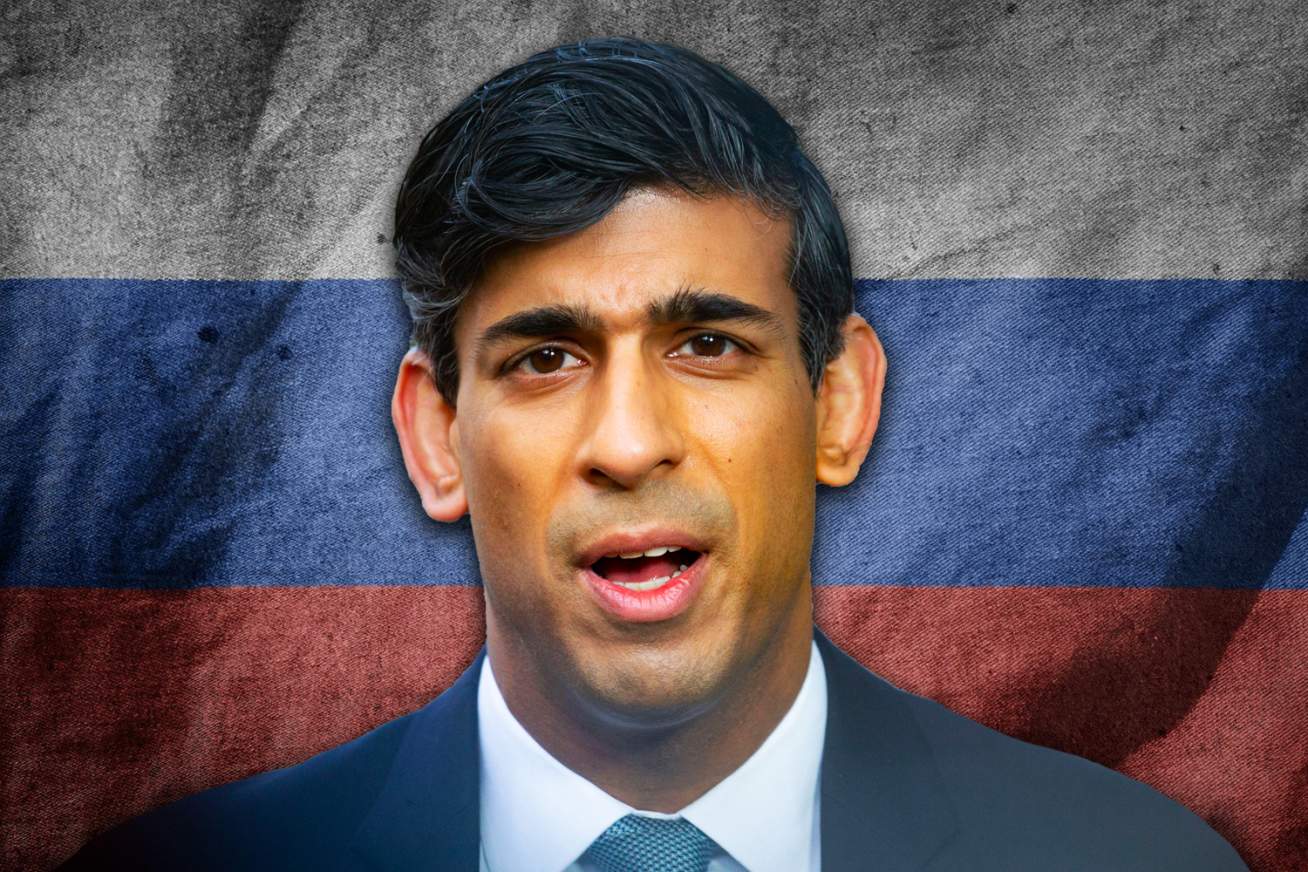 In an interview with Sky News about the Infosys story, Sunak said: “I’m an elected politician, and I’m here to talk to you about what I’m responsible for. My wife is not.”

Sunak himself has an estimated net worth of around £200 million, helped by the fact that his father-in-law is the Indian billionaire businessman NR Narayana Murthy.

Sunak has experienced a quick rise through the halls of power since becoming an MP in 2015, while the role of Chancellor is often a stepping stone to that of Prime Minister, as happened for Neville Chamberlain, Winston Churchill, Jim Callaghan, and Gordon Brown.

Sunak has developed a squeaky-clean, safe-pair-of-hands persona that has made him the favourite to replace Johnson as Prime Minister, when the time comes. He attended Johnson’s 2020 lockdown birthday party, but nonetheless has largely managed to step around the puddle of the ‘partygate’ scandal, his expensive shoes remaining clean and dry.

However, his public poll ratings are now in decline – largely by virtue of his anaemic response to the cost of living crisis currently gripping the nation. Could his various ties to Russia also blight his journey to 10 Downing Street?

There are three layers to this situation. The first is whether the Chancellor and his relatives are breaking any laws. Divestment is a recommendation, not a requirement, and Infosys is entitled under the law to retain connections to and profits from Putin’s pariah state. India, where Infosys was founded and is based, has not imposed stringent sanctions on Russia.

So, the second layer is the optics; the public perception. There’s no question that such a scandal has somewhat tarnished the name of the corporation, and of Sunak. The pressure to disconnect from Russian money is intense at present. Sunak can claim to have nothing to do with the firm, and in practical terms that is possible. He has plenty of other things to be dealing with, after all. However, many will find the hypocrisy of Sunak’s comments galling.

Indeed, it’s not as though public sentiment is travelling in the right direction for Sunak. People are still recovering from pandemic-related struggles, including millions who fell through the cracks of Sunak’s furlough scheme. Inflation is up, National Insurance rises are about to kick in, wages are still stagnant, and energy bills are increasing rapidly.

Sunak has voted 23 times to reduce welfare benefits. His Spring Statement was derided as doing not nearly enough to help people in a severe cost of living crisis. Labour MP Angela Eagle confronted him earlier this week, saying “You’ve made a political choice to plunge 1.3 million people, including half a million children, into absolute poverty.”

Sunak responded: “I’m comfortable that the choices I’ve made are the right ones.”

Now we reach the third layer of Sunak’s personal Russia scandal. His excuse about Infosys remaining in Russia, his claim to know nothing of his wife’s business interests there, holds no water. He is supposed to know, so as to avoid actual or perceived conflicts of interest under the Ministerial Code.

The Code contains rules and principles underpinning the standards of conduct for government ministers, including an “overarching duty” to comply with the law and to abide by the Seven Principles of Public Life. It covers the use of government resources, propriety and ethics, accountability to Parliament, and the separation between private and public interests.

The general principle of section 7 states that: “Ministers must ensure that no conflict arises, or could reasonably be perceived to arise, between their public duties and their private interests, financial or otherwise.”

Section 7.3 declares: “On appointment to each new office, Ministers must provide their Permanent Secretary with a full list in writing… [which] should also cover interests of the Minister’s spouse or partner and close family which might be thought to give rise to a conflict.”

Breaches of the Code are investigated through an independent advisor on ministerial interests, or the Cabinet Secretary, but there is no official process designated. How, and even whether, a breach is investigated remains at the discretion of the Prime Minister. The usual expected penalty for a breach is resignation, though this is not required by law. 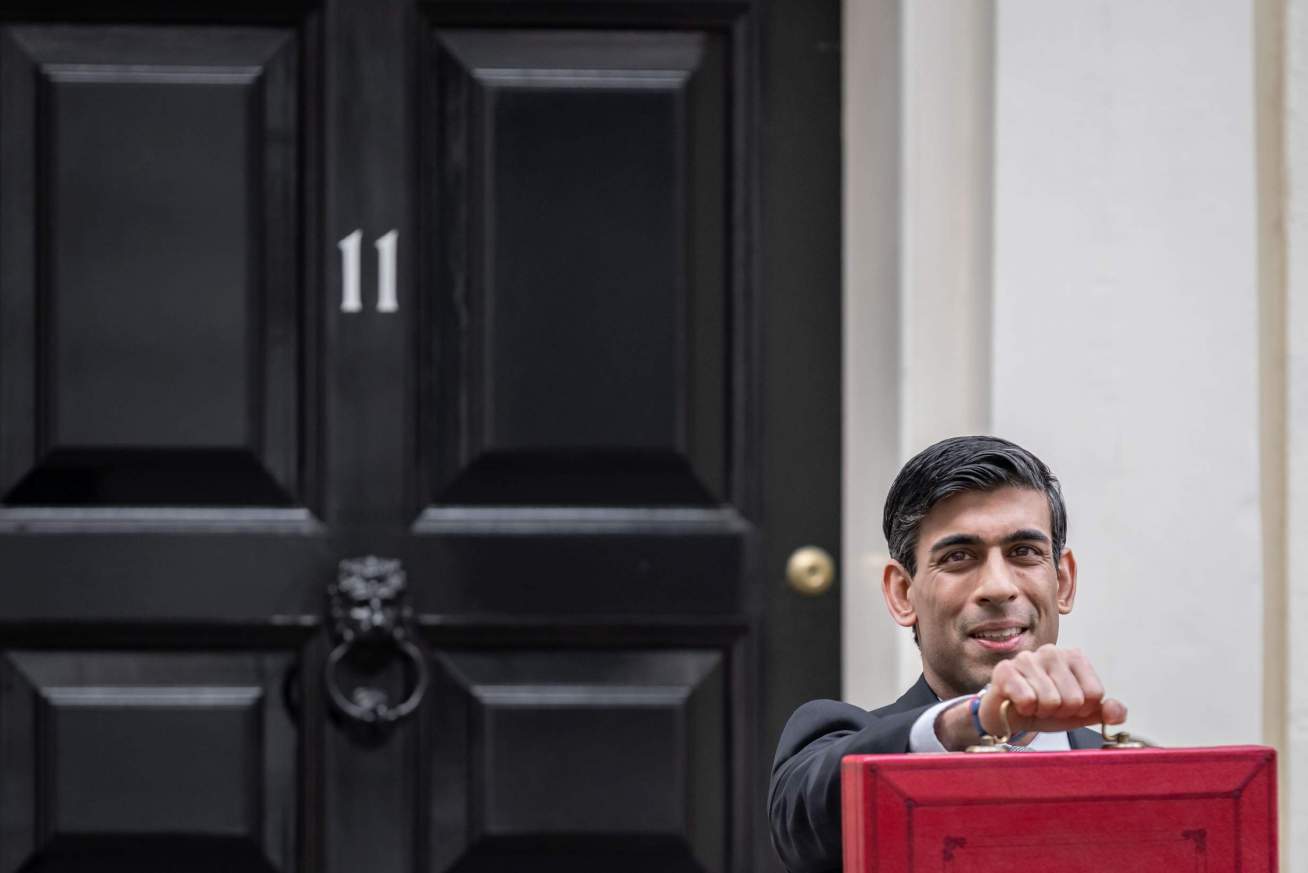 In an interesting and worrying aside, all of Sunak’s personal financial interests are shielded by a ‘blind trust / blind management arrangement’ – a controversial mechanism that allows the corporate interests of ministers to remain hidden from public view.

The last resignation for a breach of the Code was that of Damian Green in December 2017, found to have twice breached the honesty requirement of the seven Nolan Principles.

In November 2020, the independent advisor on ministerial standards Alex Allan found that Home Secretary Priti Patel broke the Code by bullying civil servants, but Prime Minister Johnson backed her, and she remains in the Cabinet. Allan resigned in protest.

As with the Nolan Principles themselves, the Ministerial Code (and indeed the Conservative Party’s own Code of Conduct) declaim lofty principles, but are almost entirely unenforceable. Their efficacy is founded upon an unwritten consensus about and commitment to the ethics of public service – a commitment that seemingly no longer exists.

Sunak may be the perceived heir to Johnson’s throne, the shoulders upon which rest the refurbishment of the Conservative Party’s reputation after ‘partygate’. But, make no mistake, Sunak appears to have the same disdain for ethics as his current boss, with his personal political interest elevated above the basic principles of decency, honesty and transparency.