A changing of the guards seems imminent in Downing Street. Plagued by multiple, ongoing scandals about lockdown parties held in his own backyard, Boris Johnson now faces a Cabinet Office inquiry, a police investigation, a furious electorate and a Conservative revolt.

However, relatively little is known about the person tipped to succeed Johnson – Chancellor Rishi Sunak – especially compared to his neighbour.

Whereas Johnson has been lingering in the public psyche since the late 1990s, Sunak was elected to Parliament in 2015 after a short career in banking.

Even when Sunak took over as Chancellor in February 2020, following the resignation of Sajid Javid, he was a relatively unknown figure – an up-and-coming minister who, it was thought, would dutifully sign the cheques issued by his patron, the Prime Minister.

What we know about the sharp-suited Chancellor – who was educated at Winchester College, the University of Oxford and Stanford University – has largely been gleaned during the Coronavirus pandemic, when the spectre of economic collapse thrust him in front of the nation’s television screens.

But, just as the Prime Minister’s exploded haystack hair is an intentional marketing ploy, so too – one suspects – is the Chancellor’s prim, polished charm. Is Sunak’s Instagram image masking deeper ideological convictions or is self-promotion the primary inspiration for his political beliefs?

Indeed, perhaps a more ideological Chancellor would have baulked at pouring billions of pounds into COVID recovery schemes. The Government’s Coronavirus Job Retention Scheme – launched rapidly at the outset of the crisis, and widely regarded as one of the Government’s most successful interventions – cost £70 billion as taxpayers supported the jobs of 11.7 million people.

Sunak turned on the taps, promising to do “whatever it takes” to support the economy – rolling-out Government-backed loans, grants, and more generous benefits. Estimates of the total COVID cost to the Government have ranged from £315 billion to £410 billion – or roughly £4,700 to £6,100 per person. Government borrowing reached almost 17% of GDP in 2020-21 – the highest level since the Second World War and comfortably higher than the period following the 2009-10 financial crisis. 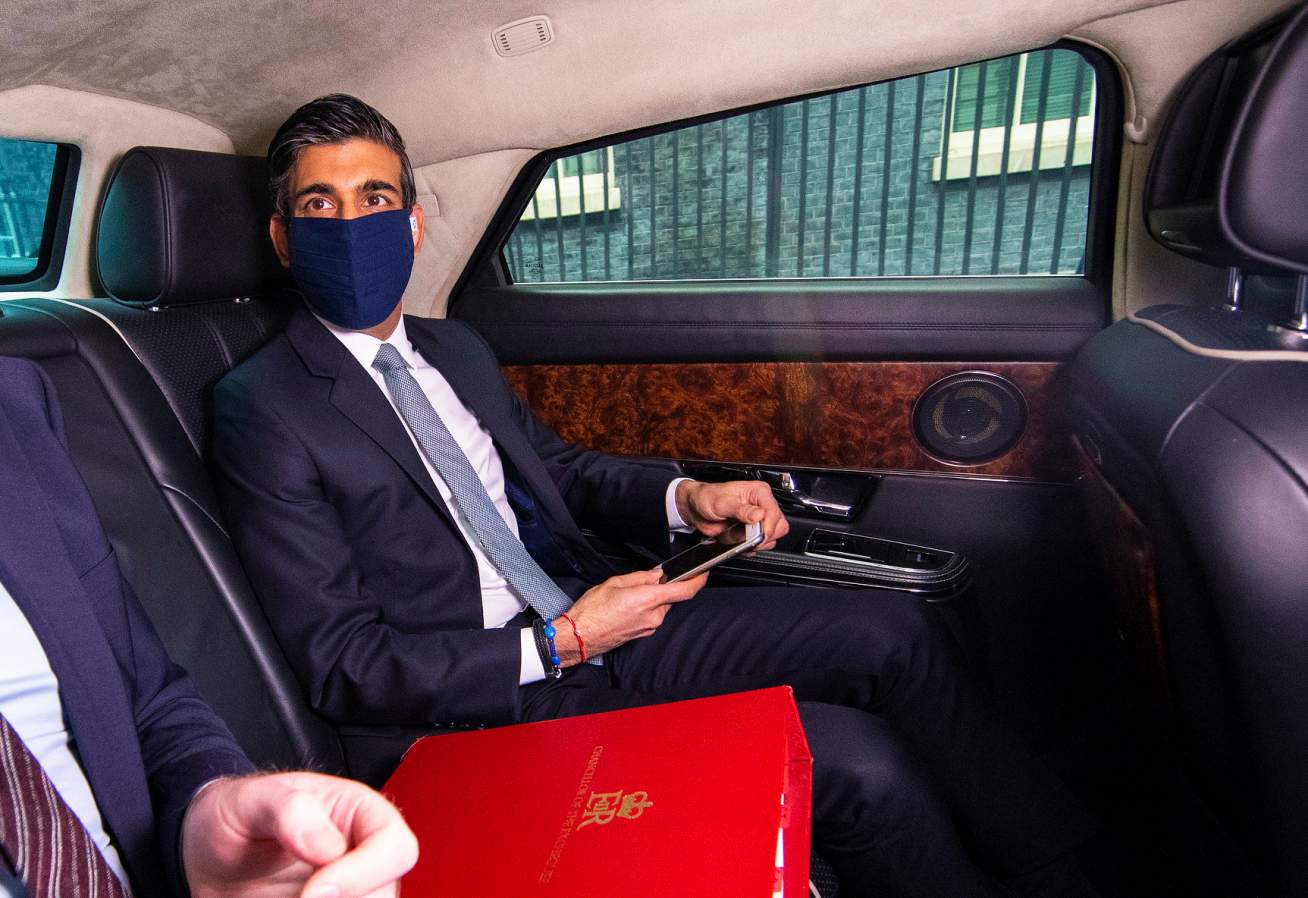 Wealth in Downing StreetPoverty in the UK

Unburdened by an ideological anchor, Sunak injected an ailing economy with a Keynesian stimulus package, defying predictions of a spike in unemployment – projected to reach 10% by the second quarter of 2020.

This was the intervention of a political opportunist – who quickly scented that economic generosity had aligned with the mood of the nation and even the appetite of usually fiscally reticent Conservative MPs. And, while the economy stabilised, Sunak cashed in a sizeable political dividend – with YouGov reporting in July 2020 that Sunak was the most popular serving politician in the country and the most popular Chancellor for 15 years.

In fact, while Sunak’s image differs radically from the man he may come to replace, his COVID policies echo the expedient populism that has characterised – and plagued – Johnson’s premiership. Like the Prime Minister, Sunak is seemingly a crowd-pleaser – hooked on short-term fame at the expense of long-term planning.

Of the £47 billion in COVID loans issued by the Government under its Bounce Back Loan scheme, £4 billion has already been written-off due to fraud, while £1.3 billion has been defaulted on. Meanwhile, £5.2 billion paid out under the furlough scheme ended up in the hands of fraudsters or was paid in error – in addition to £490 million lost to fraud under the Self-Employment Income Support Scheme, and £70 million under ‘Eat Out to Help Out’.

As a result, Lord Theodore Agnew resigned from the Government this week, accusing the Treasury of having “little interest in the consequences of fraud to our society”. Previously a Treasury Minister with responsibility for cross-government efficiency, Lord Agnew said that “a combination of arrogance, indolence and ignorance” was “freezing the Government machine”. Boris Johnson even indicated at Prime Minister’s Questions today that he had not sanctioned the amount of money written-off by the Chancellor due to fraud.

Sunak’s propensity for fleeting fame was also seen in one of his most controversial policies, ‘Eat Out to Help Out’, which attempted to boost the food and drink sector by cutting the cost of meals by 50% in August 2020. The scheme, stamped with Sunak’s headshot, shelled out £849 million as diners bought more than 160 million discounted meals.

However, though the policy was lapped up by hungry diners, its real-world effects ranged from negligible to detrimental. An LSE report released last February concluded that the scheme only “had a limited effect on the UK’s restaurants and cafes”. Visitors increased overall by 5-6% in August, but this demand was not sustained after the scheme ended.

Moreover, a Warwick University paper said that Eat Out to Help Out actually “caused a significant rise in new [COVID] infections in August and early September, accelerating the pandemic”. Between 8% and 17% of the newly detected COVID-19 infection clusters could be attributed to the scheme, the report said.

Ultimately, while Eat Out to Help Out drove a wave of optimism and consumer spending, it soon backfired – carrying COVID through the population and necessitating tougher lockdown measures in the autumn and winter. Aside from those of us who enjoyed a few discounted kebabs at the expense of the Treasury, the primary beneficiary of the policy was Rishi Sunak.

Cut from the Same Cloth

However, while Boris Johnson’s populism is barely-veiled, Rishi Sunak’s self-serving tendencies often operate behind the doors of Downing Street.

In September 2020, for example, the Chancellor reportedly organised a summit between the Prime Minister and several lockdown-sceptic scientists – including those involved in the Great Barrington Declaration. The Government subsequently decided against imposing tougher COVID-19 restrictions and, by the beginning of January, cases were out of control – forcing Johnson to impose another lockdown.

Once again, the Chancellor prioritised the short-term performance of the economy above long-term public health concerns – knowing that he would be credited with the former, while the Prime Minister would be blamed for the latter.

Indeed, Sunak is a shrewd operator – carefully calibrating his policies to appeal to different, and often contradictory, political factions. 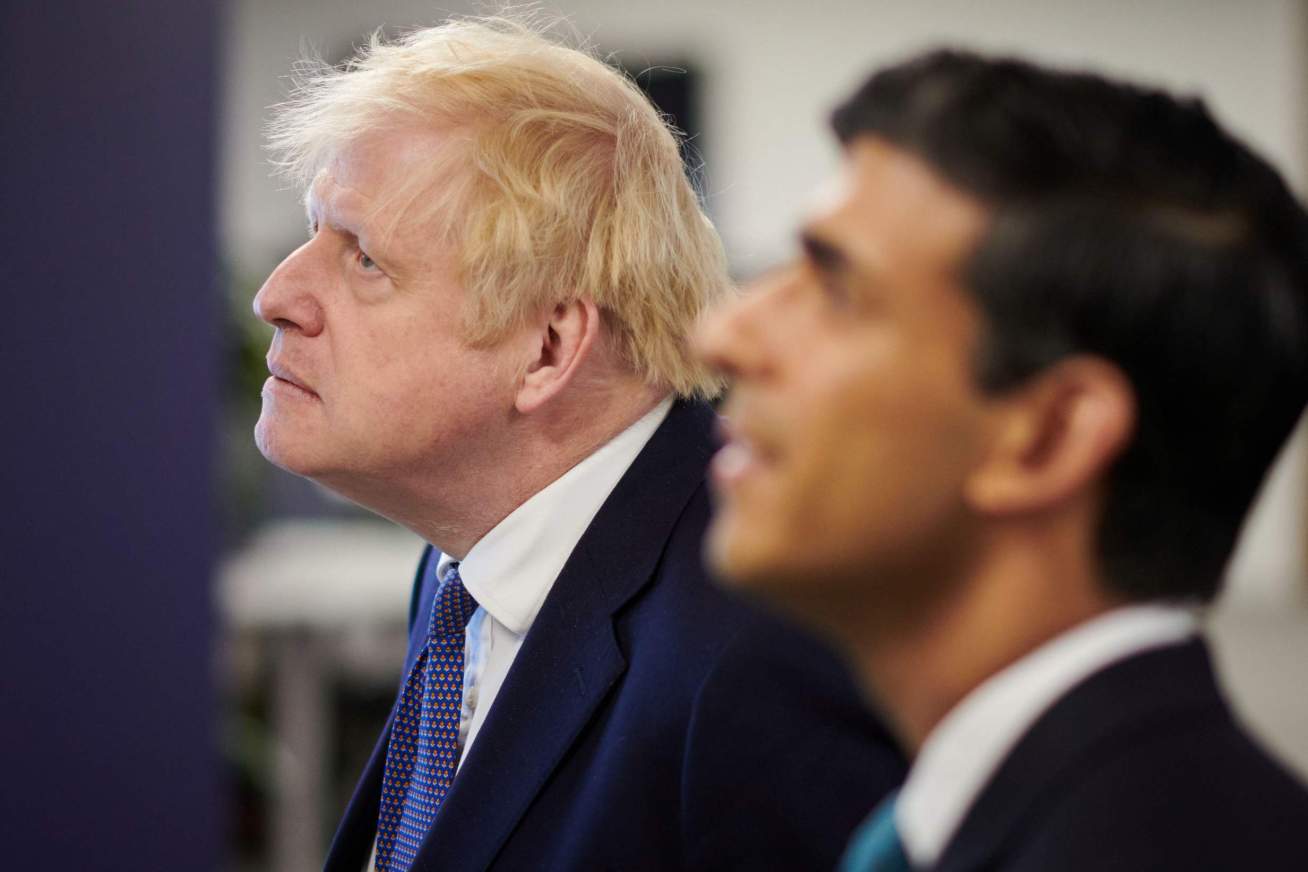 Johnson has Exposed a Voidat the Heart of Conservatism

The Chancellor has simultaneously supported the Prime Minister’s tax-and-spend policies, including the upcoming increase in National Insurance to pay for health and social care spending, while also signalling to free market Conservatives that he would prefer to see taxes cut.

“It’s always easy to duck difficult decisions but I don’t think that’s the responsible thing to do”, Sunak said about the National Insurance hike, after a Cabinet rift over the policy earlier this month. However, after his budget in October, the Chancellor said: “I acknowledge the tax burden is high. It’s not something I am comfortable with. It’s the result of the worst economic shock in 300 years”. He added: “My ambition is to lower taxes for people, that’s what I would like to do as Chancellor.”

All of this signals that Sunak is trying to navigate the fine line between competing Conservative factions, as he attempts the short journey between 11 and 10 Downing Street. As Labour’s former head of policy Andrew Fisher wrote for the i paper in response to Sunak’s budget: “Spending will be carefully calibrated to provide just enough to maintain rhetorical cohesion, but not enough to solve the issues.”

Behind the hedge fund smile and the head boy charm, Sunak seems to be a man motivated by vast political ambitions – willing to bend his policies to satisfy his craving for popularity. While Sunak looks different and sounds different from the man next door, they both appear to embody the same brand of modern conservatism: populist, malleable, and ruthlessly self-interested.