Eleanor was on her final placement as a student nurse, working on a mental health ward, when a patient sexually harassed her. Acutely ill, he had been placed in a seclusion room, while she sat in an adjoining room to monitor him. She was alone and, when she called for help, the ward was so busy that no one could come to support her.

“I tried to explain what happened afterwards, but there wasn’t really any support,” Eleanor said. “It was just assumed to be part of the job. I was sent back to the ward to get on with nursing duties. In the end I went and locked myself in the toilet and cried.”

Data collated by the Byline Intelligence Team can exclusively reveal that, since 2013, there have been at least 12,675 cases in NHS Trusts of what is known as “third party” sexual harassment – when a patient or other member of the public harasses a member of staff.

The data is based on responses from 82 trusts – although not all were able to provide records from 2013, meaning that the true figure is likely to be much higher. But only 14% of the trusts had specific policies in place to deal with third-party sexual harassment – as opposed to more generic dignity in work policies.

None of the trusts which responded were mental health trusts.

The analysis, based on Freedom of Information requests, found that where incidents had been recorded, the majority of the perpetrators were men and the victims were women.

The harassment ranged from inappropriate language and touching, to indecent exposure and sexual assault. Many but not all of the most serious incidents were reported to the police.

The highest number of incidents occurred in Norfolk and Suffolk NHS Foundation Trust, with 1,894 recorded incidents of third-party sexual harassment. Its numbers may have been unusually higher than other trusts, as Norfolk and Suffolk provided data all of the way back to 2013. Not all trusts were able to do this.

Even children’s hospitals were not immune, with staff in Sheffield Children’s Hospital subjected to being shown inappropriate images; inappropriate language and telephone calls; and indecent exposure.

Barnett NHS Trust recorded 96 sexual assaults from patients on staff, while in Dartford nearly half (48%) of 25 incidents were sexual assault.

The Byline Intelligence Team also requested data on third-party sexual harassment for catering staff in NHS trusts. Of the 82 that responded, 15 were not able to provide data as the catering is outsourced to a private provider.

The Royal College of Nursing has provided guidance on third-party sexual harassment, with “nursing and midwifery staff… recognised as a group that are more likely to experience [this form of harassment] … Media depictions of nursing staff can fuel stereotypes leading to nurses being treated as fair game”.

Deeba Syed, senior legal officer at Rights of Women, said: “Women in public facing roles should be able to go to work without the risk of being sexually harassed. However, these findings reflect what we hear on Rights of Women’s ‘Sexual Harassment at Work’ advice line: that women in public facing roles are being let down by their employers who ignore the seriousness of sexual harassment, rather than confront the realities of sexual harassment happening in front of them.”

Protections against third-party sexual harassment, introduced into the Equality Act in 2010, were repealed by the Coalition Government in 2013 as part of its bonfire of red tape. Employers still have a duty of care to staff to create a safe working environment in which employees are not at risk of violence.

For people like Eleanor, that protection felt hard to come by.

“There are things in the NHS that are just accepted as normal that should not be acceptable,” she said. There is also a feeling that, when a harasser is deeply unwell, women should put up with the behaviour. “You have a moral back and forth in your head. Yes he was unwell, but what happened to me was really severe.”

Staff members who feel they have not been protected from harassment can take legal action, such as making a personal injury claim. Victims can also go through the criminal courts.

But such steps can put a real burden on employees, and are costly and stressful. For women working in the service or care sector – low paid jobs with high levels of harassment – it can often feel it’s easier to put up with it or leave.

Women’s and workers’ rights campaigners are now hoping that the Government will introduce statutory guidance for employers on how to deal with third-party sexual harassment. They also hope that mandatory protection for employees from this form of sexual harassment will be included in an amendment to the forthcoming Employment Bill.

“Employers ignoring their responsibility to keep their workers safe from sexual harassment from third parties is unacceptable, and will soon rightly be made unlawful again” said Syed. “Rights of Women have successfully campaigned for the Government to introduce a new duty on employers to prevent sexual harassment happening in the first place and for legally binding guidance for all employers to follow that will assist them in creating better workplace cultures that support women and keep them safe from harm.” 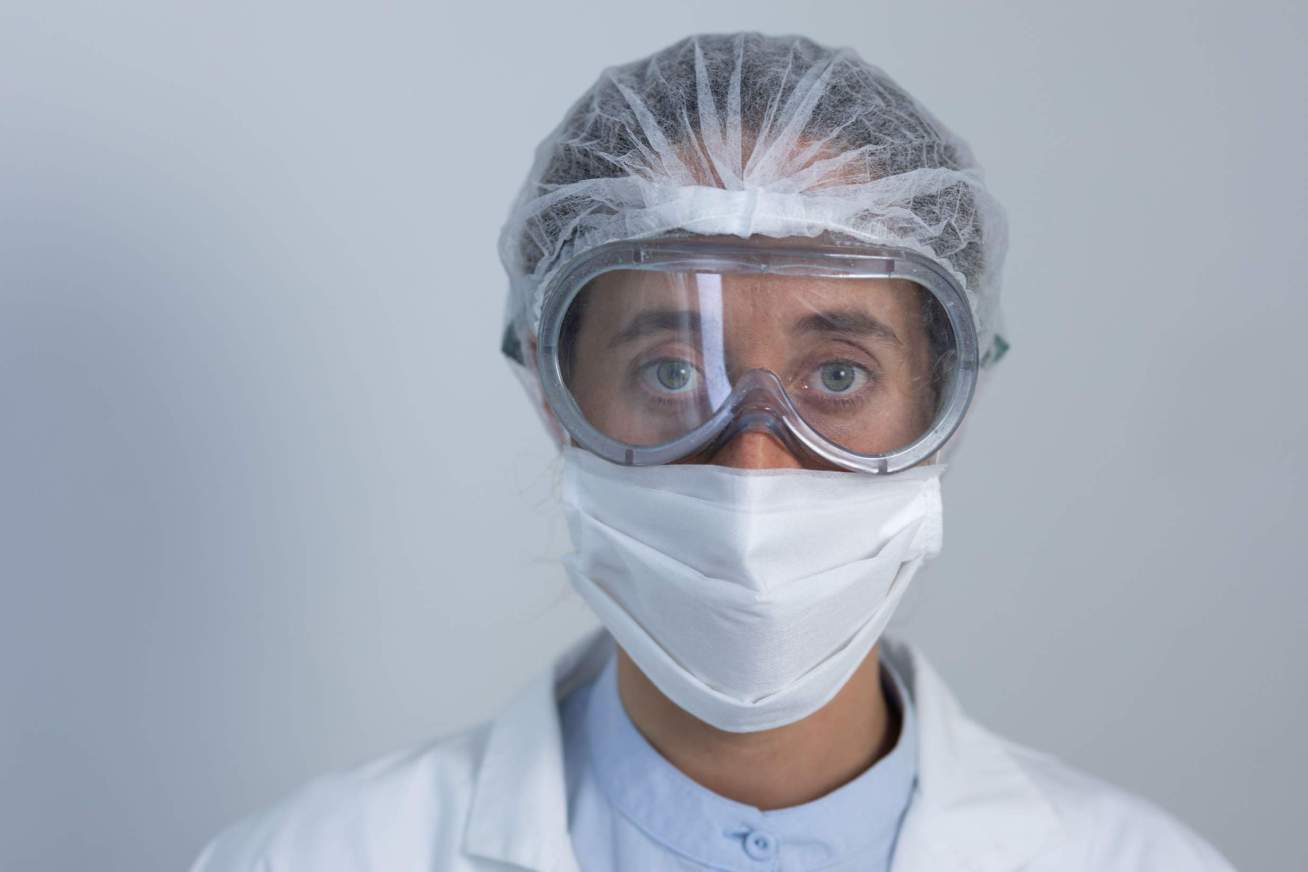 Periods, Pandemic, PPEHow Even in Healthcarethe World is Built for Men

Freedom of Information requests revealed that this issue is not confined to the NHS. Employees across the public sector are experiencing third-party sexual harassment and no specific policies are in place to deal with the abuse.

Data returned from seven police forces revealed eight cases of third-party sexual misconduct at Warwickshire Police Force; as well as eight cases at Bedfordshire Police Force. Of the latter, 88% of the victims were women and all the perpetrators were men. There were seven cases of sexual assault and one instance of exposure and voyeurism. All but one case resulted in a charge, while a suspect in one case was too ill to prosecute.

There were a further 13 cases of definite third party harassment between the remaining police forces, including Thames Valley Police and North Wales Police which recorded no instances.

Sixteen out of 84 multi-academy trusts responded to the Freedom of Information request, with at least one case of a student sending inappropriate messages to a member of staff. In another school, a small group of Year 11 boys were excluded after wolf-whistling at a female teacher.

Social workers across nine local councils also reported third-party sexual harassment, with 96 councils out of 151 responding to our request. Only 16% of responding councils had a specific policy for dealing with third-party sexual harassment. In Warrington, one female social worker had a meeting with a client who came over to her, hugged her and picked her up from the floor, while asking if she thought he was strong. The social worker was unable to free herself until the client let her go.

The Freedom of Information Act means data on third-party sexual harassment can be collected in the public sector. However, the act does not extend to the private sector – including the service industry and social care employers where women suffer high levels of harassment. A 2018 study by Unite found that 56.3% of bar staff surveyed said they had been targeted by a member of the public.

“The new duty alone will not be able to confront the Goliath issue of sexual harassment at work,” Syed told Byline Times. “It must be accompanied by effective enforcement methods and increased resources for the Equality and Human Rights Commission, the equalities regulator, to ensure employers comply with their legal responsibilities.

“Furthermore, the Government must extend the time limit for bringing sexual harassment claims to at least six months, from the prohibitively short three months, to give victims the time they need practically to be able to bring a legal claim should they want to.”