Periods, the Pandemic & PPE How Even in Healthcare, the World is Built for Men

For Sarah (not her real name), the choice is stark.

A nurse working in a UK hospital at the height of the Coronavirus crisis, she went to work every day kitted out in full personal protective equipment (PPE). Gloves, masks, full body suit, head covering. Sarah knows that in her hospital – as in hospitals around the world – stocks are low. Once the PPE is removed, it cannot be used again.

But to go to the bathroom, Sarah has to take off all of her PPE. Once she does that, it must all be discarded in case it has been contaminated. And her period is due.

In order to reduce the number of times she needs to go to the bathroom and change, Sarah decided to take the contraceptive pill without the recommended breaks. Doing so meant she could skip her periods.

“I would never want to have to change a tampon or empty a mooncup while wearing contaminated PPE, so I took the pill instead,” she said.

More than 7,000 miles south in Zambia, Agness (not her real name) faced a similar dilemma. The country was suffering from chronic shortages of PPE, as healthcare workers endured hot temperatures and overcrowded wards in a desperate bid to save lives from the Coronavirus. With a lack of PPE, Agness knew that going to the toilet to change her sanitary products put her at risk.

Both Sarah and Agness’ stories are included in a new report by Women in Global Health, that explored women healthcare workers’ experiences of PPE during the pandemic.

“When PPE is scarce, women cannot take it off during a long shift so they have to find ways of managing menstruation,” a spokesperson told Byline Times. “It is undignified if women cannot use the toilet but it is also bad for their health. Some women limit their liquid intake to avoid using the toilet. These are not challenges faced by their male colleagues.”

The Women in Global Health report found that only 14% of female healthcare workers around the world always had access to fitted personal protective equipment (PPE) during the pandemic – even though women make up 70% of all healthcare workers and 90% of nurses globally.

This majority-female workforces had to “make do” with PPE designed to fit a white European or American man from the 1950s. In real terms, this means ill-fitting masks, gowns that were too long, and goggles that didn’t offer full protection.

The lack of correct PPE systematically puts women’s health and wellbeing at risk. “Many women report that PPE is too large and they fail fit tests designed to check that PPE, especially face masks, are close fitting and therefore safe,” Women in Global Health said.

The findings, and the experiences of women like Sarah and Agness, are part of a wider pattern of women being excluded from health and safety. Everything from seat belts and crash test dummies, to how we understand heart attack symptoms, is built around a white male default.

Working on the frontline of the Coronavirus was extremely traumatic for staff of all genders. Every day meant turning up to a ward packed with severely ill people, dying from a virus that we knew little about – other than that it was extremely contagious.

But for women caring for COVID-19 patients, there was an added burden of stress and anxiety. They felt fearful that their ill-fitting PPE made them – and therefore their loved ones – more vulnerable to the virus.

As the mask does not fit, I am anxious about the much greater risk of catching and transmitting the virus,” one said. “Ill-fitting PPE puts me at risk as well as my family,” a second woman warned.

The challenges facing women are not unknown. During a mask-fitting test, one healthcare worker was told how “apparently a lot of women fail this”. That failing goes beyond heightened risk of infection, too. Poorly-fitting masks led to women experiencing facial bruising, cuts and sores.

For black and global majority ethnic women, the situation is even starker. PPE is not only designed around the standard male body, it’s designed for a standard white male body. Women from South and south-east Asia were told they failed mask-fit tests “due to our smaller than average faces”, said Samira (not her real name). “But which average?”

Her question is pertinent. When “average” doesn’t mean 51% of the world’s population, who are we talking about when we talk about “average”? And why is the “average” still based on a minority – i.e. white, European men? 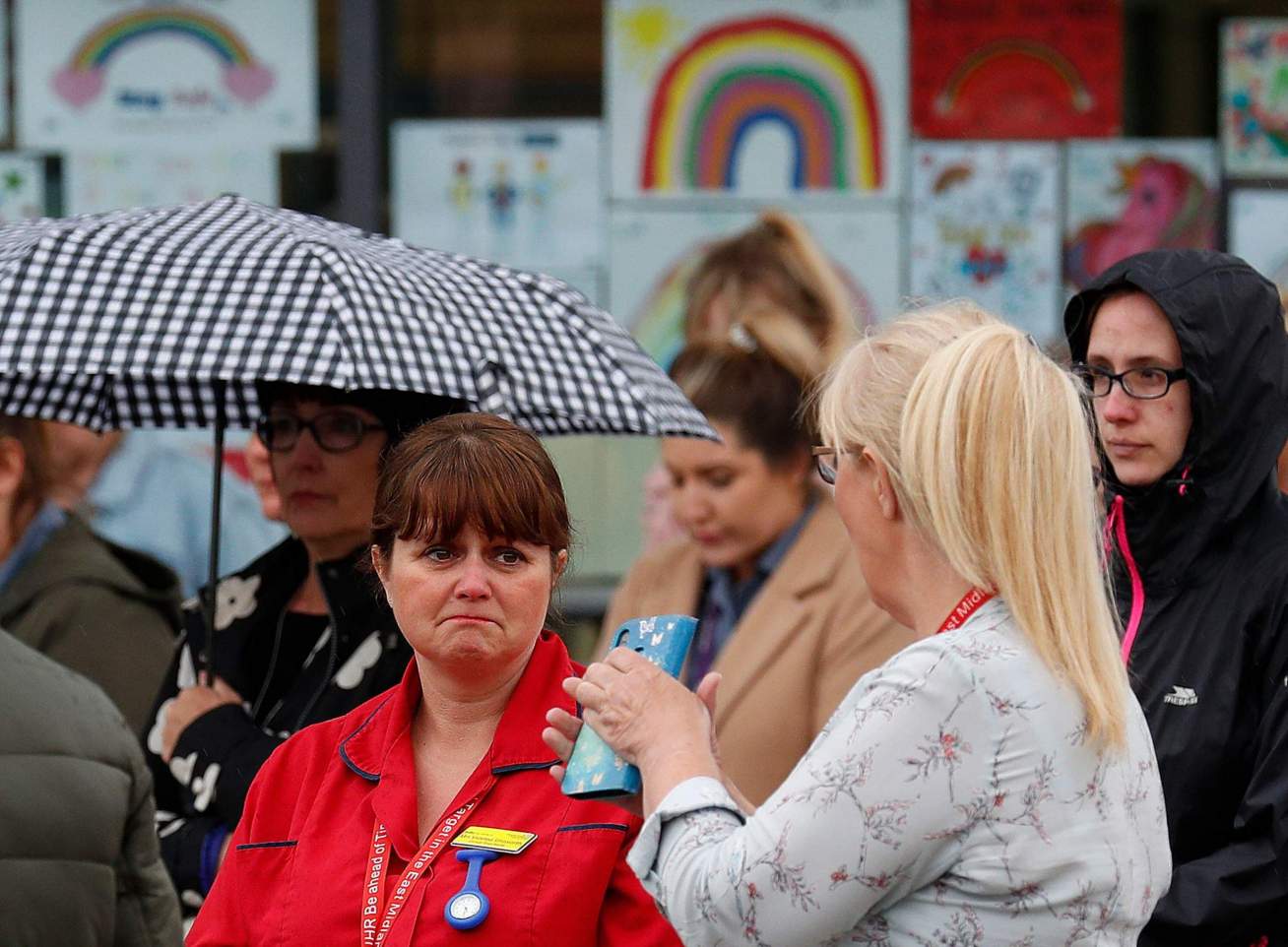 The PPE gender gap is a further example of how health and safety often aligns to a default white male, leaving women’s and global majority people’s bodies vulnerable to harm.

As recorded by the feminist activist Caroline Criado-Perez in her award-winning book Invisible Women, the gender data gap means women are excluded on a wide variety of fronts when it comes to health, safety and medical research.

Further, she exposed how women are more likely to experience an adverse drug reaction due to medicines being tested on male bodies – meaning women’s responses to drugs are treated as “atypical”. That atypical pattern also exhibits in failures to diagnose women with potentially life-threatening conditions such as heart attacks, where the ‘standard’ symptoms being more common in men than women.

This is reflected in the PPE disparity. Women healthcare workers responding to Women in Global Health’s survey explained how “women are not small men”, with PPE not designed to address women’s features and variability in body shape. “Even the smallest size is too big for some women, a small size is small for men rather than women,” said Valarie Dkhar, a frontline healthcare worker in India.

For many women, it wasn’t an issue of one item but the entirety of their PPE. “Me and my female colleagues had problems with those big masks,” Marie (not her real name) said. “The gowns were way too big. I even slipped on them because they were so long. The goggles always slid down the nose, so sometimes out of reflex, I pushed them up when my gloves were already possibly contaminated.”

It’s estimated 115,000 healthcare workers have died of COVID-19 since the pandemic started. However, wearing proper PPE greatly reduced fatalities, making it even more urgent that women are protected when they go to work to save other people’s lives.

“Women need to have an equal say in PPE design and standards at national and global levels,” spokesperson from Women in Global Health said. “They know what women need but for too long have had no voice. We are asking for a new social contract for women in health that recognises and values their contribution. Women in the health and care sector want – decent work, safety, dignity, fair pay, equal leadership and PPE fit for women – so they can do their jobs better and deliver the best possible health care for everyone.”