The Government does not have the ideological or intellectual tools to stop Brits from being squeezed, says Mike Buckley

UK households are facing a profound cost of living crisis. The Government, which in normal circumstances would be keen to deny bad news, has been forced to accept both the reality of the crisis and its inability to prevent it.

Households face an array of increasing, unavoidable costs. Energy will rise by an average £700 per household to more than £2,000 a year. Chancellor Rishi Sunak’s tax rises – a 1.25% increase in national insurance and a freeze on income tax thresholds – will push the tax take to its highest point since the 1950s. Interest rates will continue to rise, which means higher mortgage costs for those lucky enough to own a home. For everyone else, rents are rising at the fastest rate on record.

Taken together, says the Financial Times, this is “a recipe for a year of stretched household budgets and economic misery for millions”.

The Chancellor’s measures to mitigate the impact are marginal. £150 off council tax bills will not go far when most authorities increase council tax by the maximum 2.99%. The £200 cut to electricity bills will be slowly paid back from 2023; if prices rise further the £40 annual repayment will only add to the pain.

In truth, Sunak’s mitigations do not even touch the sides of this crisis.

As households will discover, it is about more than housing and energy costs. Food and grocery prices are rising – the average annual grocery bill could rise by £180 in 2022. For the poorest households, according to anti-poverty campaigner Jack Monroe, the real increase could be far greater.

Travel will get more expensive. Petrol and diesel prices are at record highs. Rail fares increase by 3.8% in April. London tube and bus fares are rising; regional bus services are likely to follow suit.

Inflation hit 5% late last year, already far above the Bank of England’s 2% target. The bank predicts it will be 7% by April – a level not seen since 1991.

At these rates, everyone – even the relatively wealthy – will notice rising costs and wonder about the lack of Government action to bring things back under control.

Sunak will be accused, justifiably, of failing to act. But, even with a change of heart, he would be hard pressed to quell the cost of living crisis. 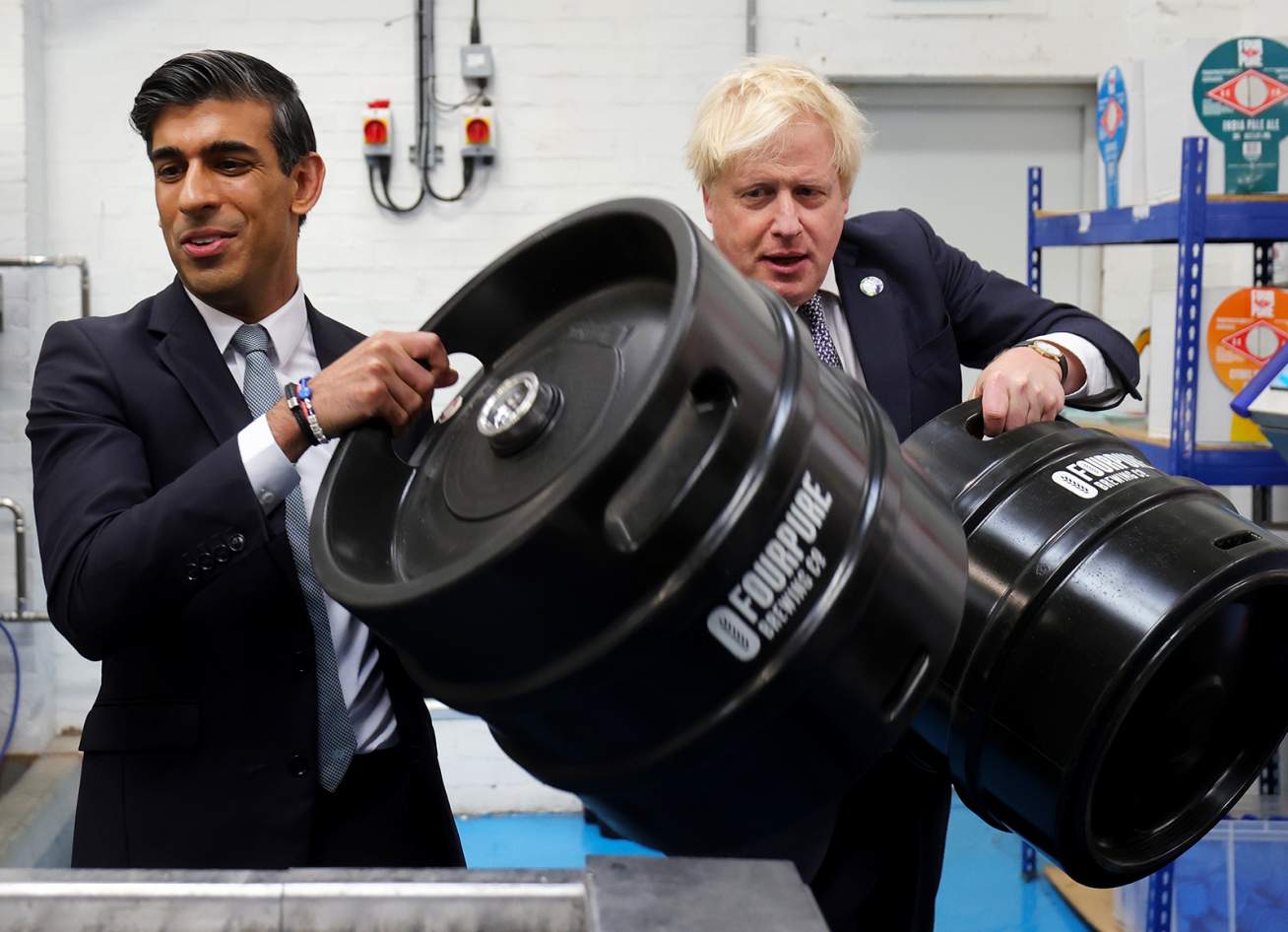 The State of Play

The Chancellor is constrained by the fundamental weakness of the UK economy. As a distraction technique, Boris Johnson often repeats the claim that ours is the fastest growing economy in the G7. But, in reality, our economy is faring far worse than others and shows few signs of recovery.

The Prime Minister is for once telling the truth, about G7 growth at least, but he fails to mention that we are growing comparatively quickly now because the UK suffered the deepest economic regression of any developed economy in the early months of the pandemic – diving 21.6% below its pre-pandemic level.

The fact that in the third quarter of last year the UK economy was 6.8% larger than a year earlier, a higher rate of expansion than any other G7 nation, is of less note than its earlier fall. We have still not recovered to our pre-pandemic position.

The outlook for the UK economy is dire. Although unemployment is low, evidence of a labour force problem is mounting, with a million fewer people either working or seeking work than would have been expected had the pandemic and Brexit not occurred. That is roughly a 3% hit to the available labour supply.

Worse, the UK growth rate is artificially boosted by £25 billion of corporate tax incentives this year and next, but investment remains weak.

UK exports have not joined in the global trade boom, suggesting that businesses are looking unfavourably on Britain even before corporation tax rates rise from 19% to 25% in 2023.

The IMF expects that current growth will slide to near stagnation in 2023, and that by the end of that year the UK economy be only 0.5% larger than at the start. The summary, observes the Financial Times, is an economy facing an “internationally mediocre UK economic recovery with a significant deterioration in prospect”.

Rishi Sunak does not have much room for manoeuvre. He is running a weak economy that is getting weaker, not one primed for growth and burgeoning tax receipts.

He will be asked to do more to help households – for example by axing April’s national insurance increase – but will argue he has little choice aside from sticking to his plan.

This is where that 3% hit to the labour supply becomes important. A million fewer workers is a million fewer people paying taxes and using their disposable income to buy goods and services.

Most lost workers are younger people with time, rising pay packets and money to spend. Due to both the pandemic and Brexit, they have gone and are unlikely to return.

The end of freedom of movement won Sunak’s party votes but cut off a ready supply of younger workers who once filled the gaps now seen in the hospitality sector, transport, health, social care and more. Those gaps will not be easily filled.

Sunak knows this. His recent Mais lecture at City, University of London, made reference to Britain’s ageing population – saying that it makes tax cuts increasingly difficult. 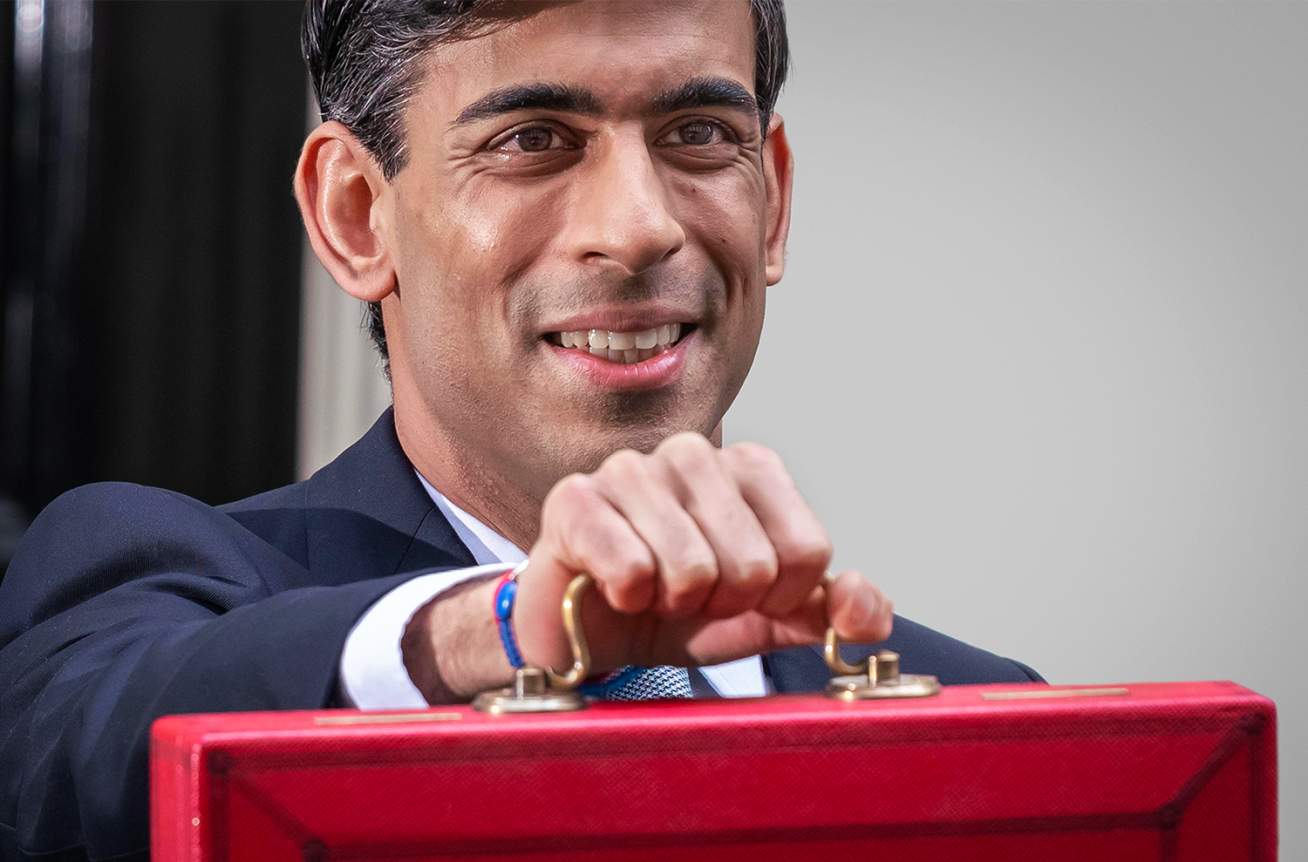 It is not just that older voters are less likely to be economically productive. “We need to acknowledge,” said Sunak, “that [an older population] requires higher public spending on pensions, health and social care unless political leaders are prepared to have difficult conversations with the public.”

Ironically, the Chancellor called for “a system built around the free exchange of goods and services” a few months ago – seemingly blind to the trade barriers established by Brexit.

This is why the cost of living crisis is an all-pervasive problem. The Government has no idea how to fix a situation that it has largely created – with ministers stuck in an ideological bind of their own making.

The cost of living crisis will remain until the Government is willing to acknowledge the structural weaknesses inherent in the UK economy, including those imposed by its Brexit agreements.

Yet, politically, that remains impossible. To keep the Johnson voter coalition together, Brexit must still be celebrated as an act of national liberation.

At the same time, too many in the Opposition fail to provide an alternative – because they hold doubts that they can regain lost Red Wall voters if they criticise Brexit.

The result is an economy doing significantly worse than its G7 competitors, a Government unwilling and unable to contemplate the changes of policy required to resolve systemic problems, and a public and media largely unaware of the reasons why everything is becoming more expensive, with no light on the horizon.