Only 30 Successful UK Asylum Applications Granted from Ukraine Since 2014

As Putin’s forces invade Ukraine, the UK Government is being urged to do more to help refugees – while the Nationality and Borders Bill risks making it harder for them to come to Britain

The UK has granted asylum or humanitarian protection in just 30 cases of Ukrainian people seeking refuge since hostilities broke out in 2014, with a further 27 people granted another form of leave to remain.

A total of 661 asylum claims from Ukraine were made between January 2014 and December 2021, the most recent statistics suggest. Of these, 436 were refused, and 167 applications were withdrawn.

The majority (116) of claims were made in 2015, when two people were granted asylum or humanitarian protection. More people were successful in 2017, with seven claims resulting in protection.

Since Russia’s 2014 annexation of Crimea, 14,000 people have died. According to data collected by the charity Action on Armed Violence, there have been 2,704 civilian casualties during this period.

The asylum data, combined with the decision to cut international aid from £29 million in 2019/20 to £0 in 2021, and the fact that the UK has approved £18 million more in military exports to Russia than Ukraine since 2010, casts a dim light on claims that the UK “stands shoulder to shoulder” with Ukraine and its people.

Last week, Foreign Secretary Liz Truss said “we cannot make any commitment about any refugees at this stage”.

When asked by Labour’s Nadia Whittome if “the Government will commit to accepting all Ukrainian refugees who wish to come to the UK”, Boris Johnson said: “We are helping the countries that are directly vulnerable to an exodus of refugees from Ukraine and we have put another 1,000 troops on standby.” He added that Britain will “receive those who are fleeing in fear of persecution”.

An open letter signed by more than 50 organisations, led by the Refugee Council, called on the Government to “play a leading role in international efforts, including through a significant, well-resourced UK programme, working with councils across the country, to welcome Ukrainians who need sanctuary”.

The letter also expressed concerns that the Nationality and Borders Bill, which returns to the House of Lords on 28 February, risks making it harder for Ukrainian people seeking asylum in the UK.

“The bill undermines our obligation to give all who seek asylum a fair hearing on our soil,” its signatories said. “Those who take dangerous journeys over land to the UK will be treated as criminals.”

Sonya Sceats, chief executive of Freedom from Torture, said: “The impending humanitarian crisis comes as this Government is preparing to pass a borders bill that will criminalise and deny protection to Ukrainians who make their own way to safety in the UK. Boris Johnson promised in Parliament that Britain would receive people fleeing Ukraine, but it is clear that this bill would prevent this Government from doing so.”

A Crisis for Refugees

As explosions rained down on Ukraine and Putin ramped up the rhetoric that denied the country’s right to exist, TV screens filled with images of people desperately trying to escape the incoming war.

The train stations and bus depots were crowded with people carrying whatever they could fit into bags and trolleys, hoping to make it off the platform and on the road to safety. One woman carried her cat in her arms, another held a small dog in a papoose. Footage of tailbacks on the road heading out of Kyiv told a story of fear and desperation in one image.

Already, Poland – which has a 30-mile border with Ukraine – has set up reception points to welcome up to one million refugees. The two countries have a close relationship when it comes to migration.

But Ukrainian people seeking asylum in the UK could face multiple challenges should the Nationality and Borders Bill pass in its current form.

The bill seeks to create a tiered asylum system, whereby those who arrive via irregular routes – such as in lorries or by crossing the Channel in small boats – will only be granted temporary protection status and may even be criminalised on arrival. They could also lose out on family reunification rights – a proposal which disproportionately impacts on women and children.

In response to the crises in Afghanistan and Hong Kong, the Home Office has put in place a specific resettlement scheme and the BNO visa. It is not yet clear if it will take similar action in relation to the conflict in Ukraine – speaking to Byline Times today the Home Office said that it could not confirm or deny any plans and promised a statement.

The plans in the Nationality and Borders Bill to criminalise those seeking asylum who arrive via irregular routes have been criticised as potentially breaching international law.

Siobhán Mullally, UN Special Rapporteur on Trafficking in Persons, has said that “the bill fails to acknowledge the Government’s obligation to ensure protection for migrant and asylum seeking children, and greatly increases risks of statelessness, in violation of international law”.

“At the very moment that Boris Johnson is chastising Putin for breaching international law, his inhumane Nationality and Borders Bill would violate the Refugee Convention,” she said. “If the UK abandons its international obligations, Putin could reasonably question why he should be expected to uphold his.” 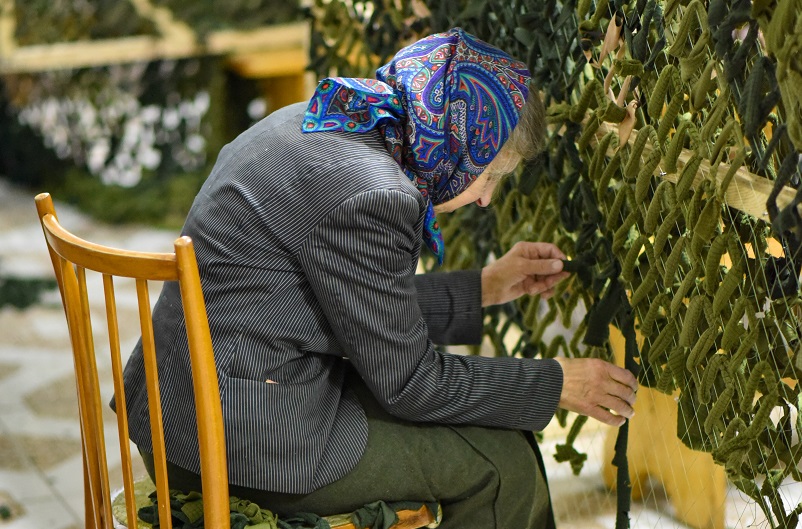 Of the 30 positive asylum or humanitarian protection decisions for Ukrainian people made in the UK since 2014, 19 claimants were male and 11 female.

It remains to be seen whether this new conflict will lead to more people from the region being granted asylum in the UK than in the previous eight years of fighting.

Sonya Sceats shared how, in the first day of the war, a “Ukrainian psychologist has reached out to a colleague at Freedom from Torture, messaging her from a shop where she was buying a Kalashnikov to protect herself”.

“She is desperately seeking a way to leave Kyiv and get to safety,” she said. “When shells are falling on your city, you simply do not have time to apply for visas and travel documents.”

Sceats urges Boris Johnson to “honour his commitment with a fulsome humanitarian response, including abandonment of his cruel plans to criminalise asylum seekers and a generous offer to relocate our fair share of men, women and children fleeing across Ukraine’s borders”.

A spokesperson from the Home Office told Byline Times: “Our priority remains supporting British Nationals who are resident in Ukraine and their dependents who want to leave the country. We are working around the clock to process visa applications and are processing many applications in a matter of hours.

“The main Visa Application Centre in Kyiv has closed following the Russian Invasion but our centre in Lviv remains open for family members of British Nationals resident in Ukraine, and we have surged staff to the centres in nearby countries, including Poland, Moldova, Romania and Hungary.

“Ukrainian nationals are able to apply for visas from these centres and we have announced concessions for Ukrainians currently in the UK, to extend or switch their visa. We are working with other European countries to ensure that responses to any migration issues are practical and in the best interests of the Ukrainian people.”