Ukraine Under SIege‘We’ve Been at War Here For Eight Years Already!’

As Kremlin controlled media reports explosions in separatist-held regions of Ukraine, Tom Mutch reports from Mariupol, the port at the frontline of the country’s conflict with Russia

‘“I hate this f**king train”, Karina said as we winded our way in a sleeper carriage from Kyiv towards the frontline port city of Mariupol. She was wearing combat fatigues with a medic insignia, but the bloodshot eyes and pale face suggested she hadn’t slept for days.

“I’m going to be back at war tomorrow and I want to be anywhere else.” It wasn’t just the shellfire and gunshots from separatist-held positions that worried her. “The men in my platoon are horrible,” she said. “One time one of them got drunk and pointed his gun at my head!” She had been stationed near the frontlines for nearly a year and was not convinced the Ukrainian Armed forces were prepared to fight off a full-throated Russian invasion.

Sounds of gunfighting were audible in the background, just a few hundred meters from where families were gathering and children were playing.

The old industrial port of Mariupol occupies a very important strategic position, sitting just a few kilometres from rebel-held territories. Any military move to link these with occupied Crimea would run straight through Mariupol, which Ukrainian officials have long considered a vulnerable target.

But while the separatist-held Donetsk and Luhansk ‘People’s Republics’ have launched a flurry of military activity and announced evacuations, it is difficult to see any preparations for an escalation in conflict on the other side of the border whatsoever. Mariupol’s new chic bars and cafes are doing a good trade from visiting reporters and local patrons, but there are almost no soldiers or any military equipment on the streets.

Port officials and government workers were taking a long weekend break when Byline Times visited. Inside a hospital on the outskirts of the city, a skeleton crew was looking after a small number of patients, but there were no signs of preparation for an increase in capacity to deal with military casualties.

Oleg Gusak, a 56-year-old dockworker at the port, said that as far as he was aware “there are no special preparations at all. Everyone is completely calm, the same for the whole city. We’ve had a little training for evacuation procedures, but nothing military. I don’t think city officials are doing enough. We should be preparing for war like they do in Israel!” He added that as a reservist in the army he would likely be called up to fight and said, “I would never stay here under Russian occupation or cooperate with Russian soldiers, I would fight to the end.” 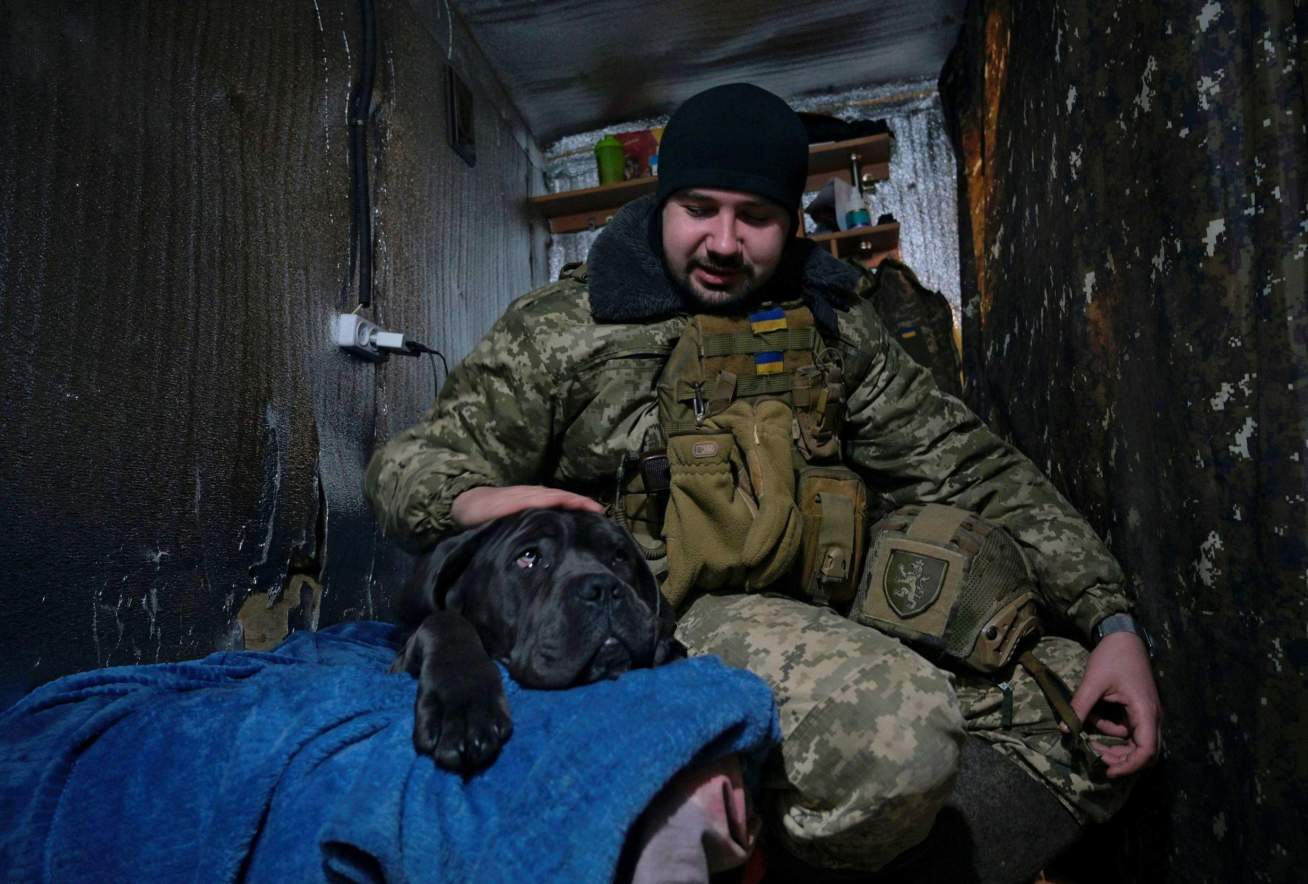 Five Things Ukrainians Want You to Know About the ‘Russia Crisis’

While Mariupol is eerily calm now, it was the scene of some of the worst fighting during the first years of the war. On January 24, 2015, a rocket bombardment at the Kyivskiy Market in the Vostochnyi district left 30 dead and almost 100 wounded, all of them civilians. Irina Nekrasova, a 45-year-old singer in the local Church choir, witnessed the atrocity.

“It happened in the morning, people went to work, it was a day off, many people went shopping at the market or just for a walk. Some passed through the temple. No one foresaw what was coming/ Of course, after the bombing people returned to their normal lives. After everything that happened, we went to collect fragments of the missiles, we even found one stuck in a window, which remained there.”

Amidst its picturesque old buildings and a recent flash shopping centre the scars of the fighting can be found throughout the streets.

In the middle of the town is the old police station that was briefly taken over by separatist militias, and then destroyed by fire when Ukrainian army forces tried to recapture it.

Sergei, who was just a teenager when he fled Donetsk city after war broke out, watched the fighting unfold. He remembers horrible scenes “There was shooting and chaos everywhere. People jumped from the third floor to escape the fire. More than a dozen people were killed here.” The inside of the station is now overrun by grasses and weeds, and the remaining walls and floors are littered with bullet holes and shellfire damage.

All other signs point to a coming serious escalation in the fighting in eastern Ukraine, even if the nightmare scenario of a Russian invasion and takeover of Kyiv does not come to pass. Russian state media has been reporting major explosions in the separatist-controlled regions. Rebel leaders have warned that they believe Ukraine is set to imminently launch a military offensive of its own.

Western intelligence sees these as potential ‘false flag’ events that could be used as the pretext for a Russian military ‘intervention’ to prevent what Vladimir Putin has warned of as a ‘genocide’ of ethnic Russians. There is no evidence for this claim, but a paper-thin pretext is all that could be needed.

When Byline Times visited the frontline towns near the city, sounds of gunfighting were audible in the background, just a few hundred meters from where families were gathering and children were playing.

Since then, the inhabitants have lived with the looming threat of war for so long, it has become commonplace. Some residents think that this is why recent events have barely registered here.

“I took part in the defence of the port in 2015,” Oleg, a dockworker told Byline Times: “I was running logistics and supplies for the army as part of the volunteer units. War isn’t just coming. We’ve been living with war here for eight years already!”