Five Things Ukrainians Want You to Know About the ‘Russia Crisis’

As Putin’s forces continue to encircle their country, Chris York hears from Ukrainians who want the world to understand this is not a new situation, the weapons are not just tanks, and democracy itself is at stake

As with any major news story these days, it seems pretty much everyone has their opinion about what is happening in Ukraine – some good, some bad and some just downright bizarre.

Yet among the outpouring of hot and not so hot takes, the voices of one group, in particular, are at risk of being drowned out – Ukrainians themselves.

1) This is Not a New Situation

Talk of a new crisis in Ukraine or threat of an invasion from Russia gets short shrift in Ukraine. The tensions are now in their eighth year and one of the defining opening acts was the Russian invasion of Crimea and the Donbas region.

The events currently occupying so many headlines across the world are just the latest in a nearly-decade-long conflict and any “invasion” would be a further invasion to the one preceding. More than 14,000 people have already been killed.

Liubov Tsybulska founder of the Ukrainian Centre for Strategic Communications and Information Security, tells Byline Times: “We have been in this situation for eight years and I remember that we were on all radars in 2014/15 and then everybody just forgot about Ukraine.

2) It’s About Much More than Just Tanks and Troops

Counting the number of troops gathered on the Ukraine-Russia border has become a daily pastime among analysts, but it is only one metric of many that should be used when evaluating the threat Ukrainians are facing.

“Hybrid war is a combination of different techniques,” says Tsybulska. “It’s cyberattacks and disinformation, economical pressure, political blackmail, active measures by Russian intelligence like fake protests and also the activity of the Russian Orthodox church, of far-right and far-left movements, which are very often paid by the Kremlin.

“So it’s about the combination of all these things which gives a very strong feeling of anxiety to society and frustration. Very often people think it’s just a short term game but in Ukraine, it’s been a very long-term game, we’ve been in this for eight years now.

“The purpose of it is to exhaust us, to paralyse our ability to think critically and to weaken us with this constant pressure and anxiety.”

As well as the increasing troop and tank numbers in recent months, there has also been an escalation in the other facets of this hybrid warfare.

Mykola Balaban, deputy head of the Center for Strategic Communications and Information Security, told Byline Times: “For the last couple of months, Ukrainians have seen a rapid and unprecedented increase in disinformation targeted at them and meant to confuse, spread fear and cause despair.

“These messages mean to cause harm to the country and the people in many ways by creating doubt in the security of its borders, the state of the economy and the avenues of future development of Ukraine.”

We’re talking about the Ukraine crisis, right? Well, no.

“[We need to talk] about the Russia crisis instead of the Ukraine crisis, which is definitely the correct framing and missing so much from the current discussions,” says Oleksandra Tsekhanovska, head of Hybrid Warfare Analytical Group.

For Ukrainians, talk of a “Ukraine Crisis” misses the salient point of the cause of the tensions in their view – they originate in the actions of Russia, so the words used in media coverage can influence how the entire conflict is framed.

“In current circumstances, the role of the media is especially important, since people are hungry for information,” added Tsekhanovska.

And it’s not only the use of words by the media that is important, but also how the words of political leaders are interpreted – especially those of Russian President Vladimir Putin.

Journalist Maria Romanenko told Byline Times: “Vladimir Putin’s rhetoric about Ukraine and Russia being ‘brotherly nations’ and ‘one people’ can seem legitimate to the world outside of Eastern Europe.

“In reality, Moscow is more of a child that abandoned its parent, Kyiv, and now tries to erase the history by claiming that the history of Kyiv (and modern-day Ukraine) is a history that belongs to, or was created by, modern-day Russia.

“Not only is this untrue, but it also gives Russia a playfield to make claims for Ukrainian territories or endow itself with the right to decide Ukraine’s future.”

While some in the UK may argue the crisis has given Boris Johnson a means of distracting from the ‘partygate’ scandal, many people in Ukraine have nothing but praise for Britain and its Prime Minister for speaking out in support of their country and shipping plane-loads of weapons and equipment.

This contrasts sharply with the attitude to other European countries seen as being less helpful.

“The best speech was delivered by the British PM and we really appreciate that,” pensioner Marko Ivan told Byline Times. “Germany ran away, France gave up but Britain and the US have stuck by us. And of course, we appreciate the weapons, we don’t have the words to express our gratitude.”

The UK has shipped thousands of anti-tank weapons to Ukraine as well as sending military personnel to help train army units in their use.

In contrast, Germany was widely ridiculed in Ukraine after sending just 5,000 helmets and refusing to ship weapons to Ukraine.

Illia Ponomarenko, the Defence Reporter for the Kyiv Independent that since the beginning of 2002 and the beginning of the crisis the military support for Ukraine from the UK – providing it with 2,000 NLAW (light anti-tank weapons) has “skyrocketed”, bringing Britain in the top league of Ukraine’s defence backers just behind the US.

“The UK’s popularity in Ukraine has skyrocketed as well,” Ponomarenko told Byline Times. “Every single RAF aircraft arrival in Boryspil Airport gets an ecstatic reaction in Ukrainian social media. I would even dare to assume that the UK is now the most beloved foreign country in Ukraine. Some bars in Lviv, for instance, served free drinks to all UK citizens as a symbolic thank you to Britain. It even shone the Ukrainian popularity of the United States in this regard at some point.” 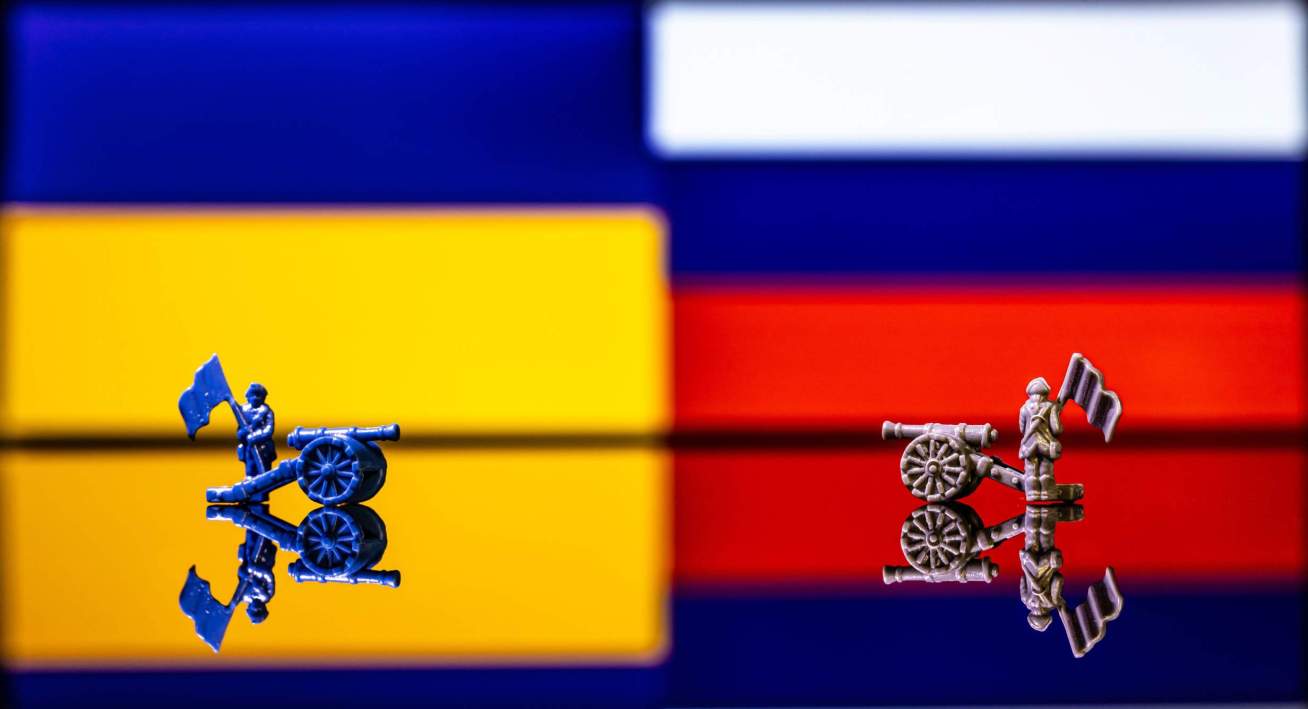 5) There is More than Just Ukraine at Stake

A conflict on the far side of Europe can still seem distant to Brits but Ukrainians are adamant the threat posed by Russia extends far beyond the borders of their own country.

Olena Halushka, Board Member at the Anti-corruption Action Center, told Byline Times: “It is not an exaggeration to say that the developments of the current Russia crisis will define the future of democracy. If Putin is not stopped from further invasion, the world will return to times when sovereignty doesn’t matter anymore and changing borders by force will become the ‘new-old’ normal.

“Ukraine will resist Russian aggression decisively and firmly. But if the West wants to preserve the rules-based order, they should do their best and without further delay to deter Putin and help Ukraine defend,” she said.

“Ukraine has active civil society, political competition, peaceful power transition and free media. Ukraine is steadily drifting away from Russia, while the country’s ongoing democratisation scares the Kremlin’s autocracy as it could eventually trigger the demand for similar reforms inside Russia.”