BBC Airtime Must Not be Squandered on Liars and Cranks

Former BBC reporter Patrick Howse explains why comments this week by the corporation’s head of editorial policy to a House of Lords committee are so concerning when it comes to the BBC’s mission to ‘inform, educate and entertain’

David Jordan is not a household name. Few people outside the world of broadcasting or journalism will know who he is. But, as the BBC’s head of editorial policy, he holds a pivotal position in Britain’s national broadcaster.

For those, like me, who care about the BBC and want it to have a future, his comments to the House of Lords Communications Committee this week were worrying.

His testimony to the committee was full of glib-sounding but actually very disturbing language. One phrase that stood out was: “It’s critical to the BBC that we represent all points of view and give them due weight.”

As observed by journalist Ian Dunt, Jordan’s comments “suggests a catastrophic breakdown in basic editorial judgement, grounded in a failure to recognise the notion of objective truth”.

Years of cuts and government hostility – the BBC is hated by many Conservatives – have made the BBC lose its nerve. Unfortunately, rather than taking the truth as its benchmark and goal, it now feels – as confirmed by Jordan – that its main job is to present diverse points of view. It does not really matter whether these points of view and opinions are factually based, they somehow deserve – indeed, they have a right – to be aired to audiences of millions by Britain’s biggest broadcaster.

I think this is a cowardly policy which stems from both a desire to appease implacable enemies, and a mistaken reading of what’s expected of the BBC, as expressed in its Royal Charter.

“The Mission of the BBC is to act in the public interest,” the Charter states, “serving all audiences through the provision of impartial, high-quality and distinctive output and services which inform, educate and entertain.” 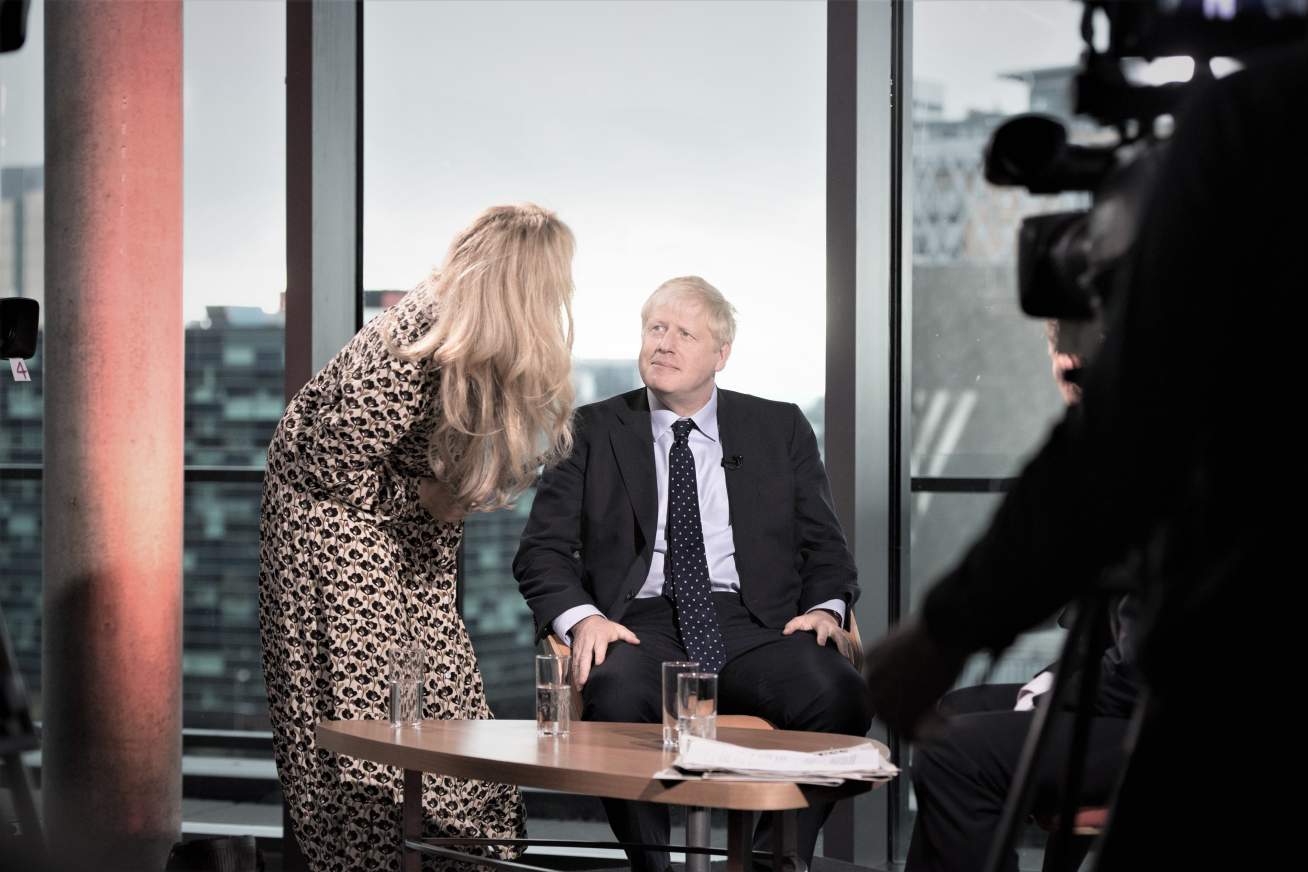 The BBC has chosen to place a disproportionate emphasis on the word “all” and then to interpret it in what is actually a quite an odd way.

In his comments to the committee, Jordan suggested that people who believe that the Earth is flat deserve to be served by the BBC in just the same way as people who do not hold this factually incorrect and delusional view.

The BBC’s policy is that these people have a right to have their opinions played back to them. Now, Jordan is not saying that these non-truth-based views should be given the same amount of airtime as scientific viewpoints. Nevertheless, he feels that they have a right to be covered and that fact-free opinions deserve to be heard alongside experts’ fact-based knowledge – if people believe in them.

“Flat-earthers are not going to get as much space as people who believe the Earth is round,” he said. “But very occasionally it might be appropriate to interview a flat-earther. And if a lot of people believed in flat Earth we’d need to address it more.”

That last sentence is the most concerning because it opens up a terrible prospect: that flat-Earthers are given airtime, their fact-free views are heard (and amplified on social media), and some listeners and viewers are convinced by their arguments. This then means that their opinions get more airtime, with the opportunity to convince more people, and so on.

Now, some may ask: what’s the harm? It’s just a few cranks and eccentrics who are never going to have an impact on our society in any meaningful way.

But this is a thought process that led the BBC to allow the climate change denier Lord Nigel Lawson to be interviewed on Radio 4’s Today programme. It is a process that can leave audiences thinking that there is always a ‘debate’ to be had, and that everything amounts to a ‘this person says this, and that person says that’ narrative when that is simply not the case. There is no debate about whether the Earth is flat – it is an established fact, backed by incontrovertible evidence, that the world is not.

Attempts to ‘balance’ these supposed debates with views ‘from the other side’ are futile and very damaging, because the truth is not the midpoint between a fact and a lie. In a whole range of topics – climate change and the Coronavirus denial/anti-vaxxer movement are two excellent examples – a search for ‘balance’ and a tendency to give opinion equivalence to fact leaves audiences confused at best and at worst spreads extremely damaging lies and falsehoods which can have deadly consequences.

It is also impossible to be impartial – another key word in the BBC’s Royal Charter – between truth and lies: if you are not on the side of the truth, you are taking the side of lies.

Continuing and overlapping rounds of cuts have seen many experienced journalists leaving the corporation in recent months – something that, in my view, must have impacted editorial judgements and robustness. There is also some disquiet among many journalists who have remained about the BBC’s direction of travel.

There is a general feeling that its reputation has not been enhanced in the past five years – taking in Brexit, Donald Trump, Boris Johnson and the Coronavirus pandemic – and that, with some notable exceptions (Ros Atkins and Emily Maitlis are names that keep cropping up), the BBC’s journalism “has not always cut the mustard”, as one former colleague put it.

Another simply said: “We should pursue the truth, without fear or favour.”

The BBC itself says that it is “committed to covering all subjects with due impartiality. This does not mean denying facts nor scientific consensus, and we will always make these clear to audiences. However, there are times when it’s editorially appropriate to hear from, examine, and challenge people who have dissenting voices”.

There are sometimes good reasons for hearing from “dissenting voices” and Gabriel Gatehouse’s excellent series about the storming of the Capitol in Washington D.C. last year is a fine example of how this can work well.

However, the very fact that those events happened is an illustration of the dangers of giving people with extreme and fact-free views airtime. The BBC argues that it presents conflicting views and opinions by rigorously challenging them and opening them up to scrutiny. But too many Brexit lies went unchallenged for that to be convincing any longer.

It needs to be done carefully and painstakingly, but BBC staffing on live programmes has reached levels that will make that very hard to achieve routinely. And, in the social media age, the context and the subtleties are lost as content is cut up and spliced together in ways that take no heed of the challenges or the scrutiny that might have been present in the original.

All of this drags the BBC away from the other key words in its Royal charter – its duty to “inform, educate and entertain”. A confused audience that is bombarded with attempts to balance opinion on one side with facts on the other cannot be said to be well informed. Losing sight of the truth is no way to educate and, to be honest, it is often not even very entertaining.

The BBC’s airtime is too precious to be squandered on liars and cranks – let’s have the truth instead.