The UK made a “serious error” in taking a “fatalistic approach” that amounted to accepting “herd immunity by infection” during the early stages of the Coronavirus pandemic, a damning report by the Health and Social Care and Science and Technology committees has concluded.

The report on lessons learnt from the Coronavirus crisis states that the decision to move from a “contain” stage to a “delay” stage in the first three months of the pandemic meant that the Government effectively chose to manage the spread of COVID-19 “through the population rather than [stopping] the spread altogether”.

This approach “amounted in practice to accepting that herd immunity by infection was the inevitable outcome”. The report is also clear that “it is important to record that all decisions taken during those initial weeks were taken in a fog of uncertainty”.

Herd immunity is defined as when “a sufficient proportion of a population is immune to an infectious disease (through vaccination and/or prior illness) to make its spread from person to person unlikely”.

Britain’s successful vaccine programme is therefore an example of herd immunity – the more people are vaccinated, the more people have some immunity from the Coronavirus, and the more protected communities are.

However, in the early days of the pandemic when no vaccine was available, any herd immunity approach would have relied on the spread of the disease so that infected individuals theoretically built up some kind of immunity.

On 24 February 2020, a World Health Organisation (WHO) report into its international mission to Wuhan stated that COVID-19 had a fatality rate of 3.8% that rose to 20% in the over-80s. Therefore, the policy of “taking the virus on the chin” and letting it spread through the population – as Boris Johnson told ITV’s This Morning in March 2021 – risked a significant death rate.

There has been considerable debate as to whether the Government was pursuing a herd immunity strategy before implementing the first national lockdown in England on 23 March 2021, not least because of Johnson’s comments.

On 12 March 2020, the UK’s Chief Scientific Advisor Sir Patrick Vallance said that “it’s not possible to stop everybody getting it and it’s also actually not desirable because you want some immunity in the population. We need to have immunity to protect ourselves from this in the future”.

Today’s report points out that Sir Patrick was “in a sense, merely stating what were thought to be the facts at the time”. The then Health and Social Care Secretary, Matt Hancock, said two days later that herd immunity was not part of the COVID-19 plan. Instead, he explained, the plan was to “contain, delay, research and mitigate”. 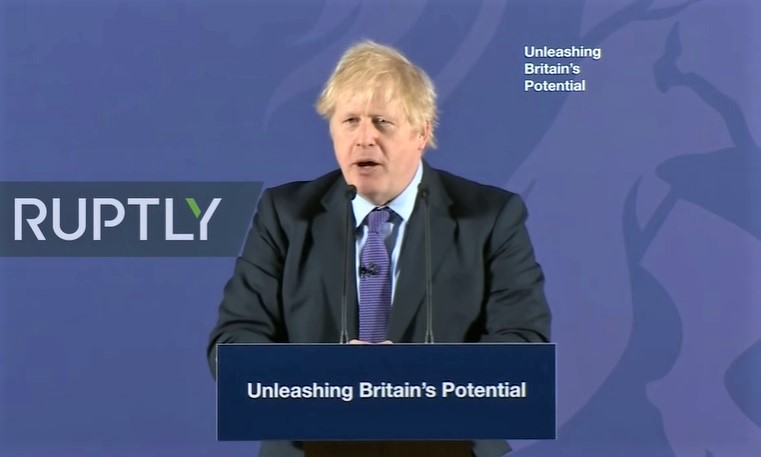 The report states that, from the evidence heard, “this appears to have led to a policy approach of fatalism about the prospects for COVID-19 in the community: seeking to manage, not suppress infection”.

This, the committees conclude, “amounted in practice to accepting that herd immunity by infection was the inevitable outcome, given that the United Kingdom had no firm prospect of a vaccine, limited testing capacity and there was a widespread view that the public would not accept a lockdown for a significant period”.

This approach belatedly shifted when it was understood that rapidly increasing case rates would overwhelm the NHS.

While the report acknowledges that herd immunity was the outcome of the Government’s early approach, the report claims that it would be an “overstatement” to say that the “Government and its advisors were promoting the acquisition of COVID-19 to accelerate herd immunity in the population”, before adding how “in early Spring 2021, given that no alternative strategy was being implemented, that was the effective consequence”.

The History of Herd Immunity

Throughout the pandemic, Byline Times has questioned the Government’s herd immunity approach towards the Coronavirus – scrutiny of which was marginalised by other media organisations.

In June 2021, Nafeez Ahmed revealed how Cabinet Office documents “incorporated immunity by natural infection” alongside vaccination into all the modelling used to develop Boris Johnson’s ‘roadmap’ out of lockdown earlier in the year.

A model presented to the Scientific Advisory Group on Emergencies (SAGE) came to the conclusion that should there be insufficient levels of vaccination in the UK, this would mean that “herd immunity is not reached without a large resurgence of transmission”.

Modelling is not policy and in response to questions about the modelling presented, a Government spokesperson told Byline Times that any suggestion of a policy of deliberate infection is “categorically untrue” and added: “As we’ve made repeatedly clear, herd immunity was never part of our pandemic strategy.”

However, Byline Times also reported how Government advisor Professor Robert Dingwall, who claimed that young people and children are better off getting infected than vaccinated as a way of “topping up” population immunity, was behind an effort by supporters of the Great Barrington Declaration in April to convince the Government to end all COVID-19-related protections.

The Great Barrington Declaration was a document written by a group of epidemiologists and public health scientists opposed to COVID-related restrictions such as lockdowns. Its proposed herd immunity strategy was widely criticised by more than 7,000 public health scientists. However, one of its founders, Professor Sunetra Gupta, met Boris Johnson and Chancellor Rishi Sunak in September 2020, when the Government was deciding whether to impose a ‘circuit-breaker’ lockdown amid rapidly rising infection rates. 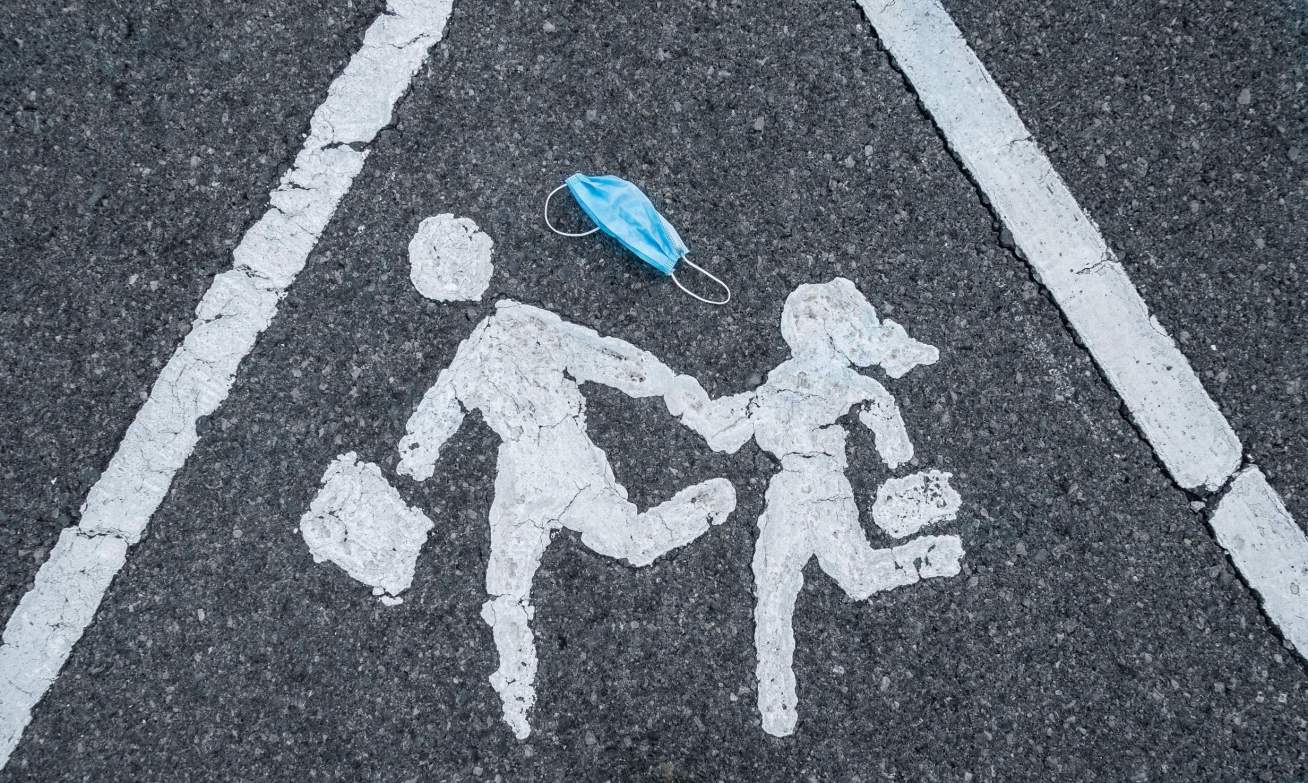 In January 2021, at the height of another wave of infections, Head of Immunisation at Public Health England (PHE) Dr Mary Ramsay told the House of Commons Science and Technology Committee that the UK will need to “allow the disease to circulate in younger people where it’s not causing much harm” while protecting “the people who are really vulnerable”, if the vaccine failed to sufficiently slow or prevent transmission of COVID-19. The vaccine programme has, however, weakened the link between cases and death.

Clinical epidemiologist Dr Deepti Gurdasani of Queen Mary University described the PHE strategy as “frankly ridiculous” and “no different from the focused protection strategy outlined in the Great Barrington Declaration, which has been thoroughly debunked as an ideology not grounded in any scientific evidence”.

Responding to questions from Byline Times in January, Dr Ramsay said that PHE was not supporting a herd immunity approach. She said: “It is false to claim that PHE supports herd immunity from COVID-19 infection as a way out of the pandemic. Vaccines are critical to our COVID-19 response and it is right that we prioritise those most at risk of severe illness and death first.”

Perhaps most damning of all, in April 2021 it was reported that Johnson said he would rather let COVID-19 “rip” through communities than impose another lockdown. The comments were alleged to have been made in September 2020.

The report by the committees says that the “decisions on lockdowns and social distancing during the early weeks of the pandemic – and the advice that led to them – rank as one of the most important public health failures the United Kingdom has ever experienced”.

This article was updated on 9 November at 10.45am to clarify that the WHO report published on 24 February was based on its international mission to Wuhan.