It tastes the same, the packaging’s the same – but the differing costs of a McDonald’s Big Mac can hold clues to a country’s economic health, and in Lebanon, the diagnosis isn’t great

If fast food is your drug of choice, Bliss Street in Western Beirut is appropriately named.

Between the district of Hamra and the campus of the American University of Beirut (AUB), it’s a sparkling strip of quick, greasy eateries. Independent and chain restaurants line up, serving pizza, doughnuts, shish tawouk and fried chicken. Hungry students are well catered for.

Prime position on the strip is reserved for fast food’s biggest name. Directly opposite the university’s entrance is a McDonald’s, with its golden arches fighting for dominance against the bougainvillaea pouring over AUB’s walls.

For those studying at the university’s Economics Department, the restaurant is more likely to be a spot for a snack between lectures than a place for financial analysis. However, the global fast-food chain can provide a quick, easy taste of a country’s economic situation.

In the UK this week, McDonald’s revealed the twin shocks of Brexit and Coronavirus to a thirsty population. Unable to supply customers with milkshakes and bottled drinks, the issues of supply chains, international trade and the restricted UK labour market were felt plainly by the public through the medium of fast food.

A Big Mac might not be the healthiest dinner choice, but the internationalisation and standardisation at the heart of the ‘Mc-business-model’ can provide an indicator of a country’s economic health. Because restaurants are franchised in almost every country in the world, with very little space to divert from the American original, any deviation from ‘the norm’ is typically a sign of economic and political problems in a restaurant’s adopted country.

Lebanon is a prime example of this, with the country’s ongoing economic and political crisis reflected in the world’s cheapest Big Mac.

The Big Mac Index is the most well known McDonald’s-based economic insight. It was invented by The Economist in 1986 as a measure of how currencies are undervalued or overvalued on a global market. It is based on the concept of purchasing-power-parity (PPP), which suggests that, if currencies are properly balanced, a basket of goods in one country should cost the same as another when accounting for the exchange rate.

According to The Economist, ‘burgernomics’ is not an exact science. Instead, it’s a “tool to make exchange-rate theory more digestible”. The highly simplified, tongue-in-cheek model can, according to Simon Cox, a Senior Economics Editor at The Economist, “reflect, occasionally, some rather sad economic events around the world.”

Radical outliers on the Big Mac Index are often the symptom of deeper economic, political or societal problems. Venezuela – facing an extreme economic and political crisis of its own – currently has the world’s most expensive burger, with The Economist suggesting that the 30,164,100 Bolívares cost of a Big Mac means the currency is 47.7% overvalued.

Some of the most undervalued currencies, according to the index, are the Russian Rouble, the South African Rand and the Turkish Lira, with Big Mac prices in these countries reflecting a close to 60% undervaluing.

The Lebanese Pound (LBP), however, lies well below these. A Big Mac on Bliss Streets costs 35,000 LBP – about £1.35. As a result, The Economist estimates the currency is undervalued by at least 70%, making it the cheapest Big Mac in the world.

The currency crisis is only one symptom of a wide, interconnected and ongoing economic and political crisis in Lebanon that began well before the shocks of Covid-19 and the Beirut port blast, which killed more than 200 people in 2020.

The World Bank’s Lebanon Economic Monitor (LEM) has described the country’s current financial problems as among the three most severe global crises since 1850. Between 2018 and 2020, GDP fell by around 40% and half the population is now said to live below the poverty line.

Understandably, the price of a burger ranks low on the list of concerns for most Lebanese. But, in Hamra’s McDonald’s, restaurant manager Dana snacked on a box of fries and explained how badly the crisis had impacted on her and her employees.

“There’s no fuel, no electricity in the house,” Dana explained. “These are the minimum requirements to live as a normal person.”

This month, fuel shortages have amplified the chaos. Endless queues of cars waiting to buy petrol clog city centres and create mile-long tailbacks on the side of motorways. The queues last for hours, fights break out, sometimes with lethal consequences.

Hoarding of this now scarce commodity has also created equally disastrous results. Two weeks ago, a fuel tanker of illegally hidden fuel blew up after it was seized by Lebanese Armed Forces. The blast killed at least 28 people and injured many more.

But the problem is far from over. Attempts by Lebanese authorities to handle shortages through the lifting of fuel subsidies may lead to huge price rises, pushing those who depend on petrol for their livelihoods into increasing precarity. 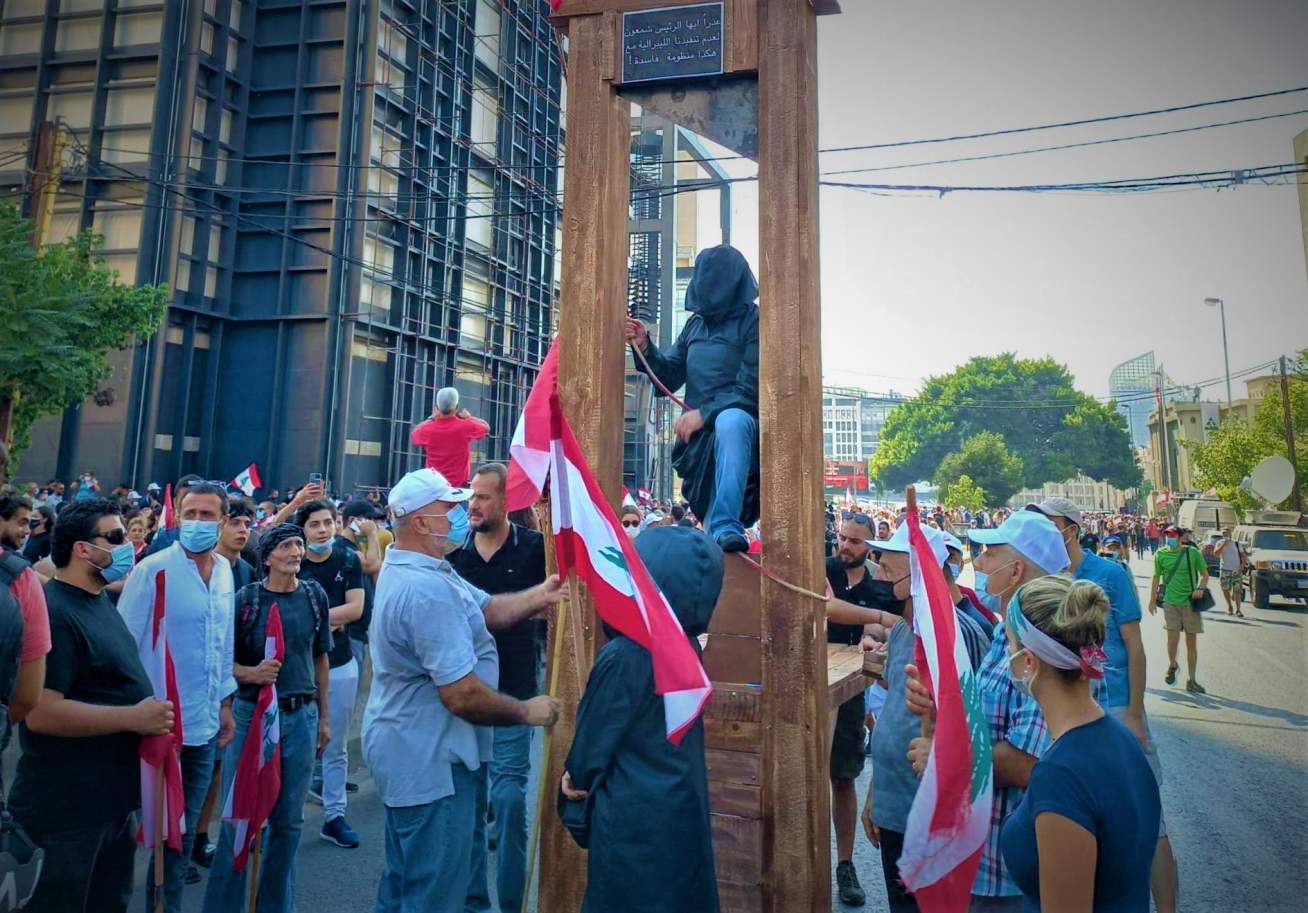 It’s not just the nation’s cars that rely on depleting resources. The corrupt and incompetent state electricity supplier has long been unable to provide proper power coverage to the country, meaning that most people rely on fuel-run generators to power their homes and businesses. As fuel runs out or the price rises, long blackouts are becoming the norm. This is particularly unnerving for hospitals, which now have to ration electricity whilst dealing with a swathe of Coronavirus patients and a workforce looking to emigrate where possible.

Dana tells me coming to work at McDonald’s is a relief. The restaurant is one of the few places in the city with an electricity supply stable enough to run air conditioning.

“In Lebanon it’s impossible to think about the future, we just can’t, we are living day by day,” she says, forlornly, before returning to finish her shift.

The world’s cheapest Big Mac tasted the same as it would do anywhere else. The two patties have the texture and appearance of damp cardboard. Still delicious.

Although Government imposed wheat subsidies might have slightly deflated the cost of burger buns, its unusual cheapness is just another small sign reflecting a much larger disaster of economic and political mismanagement in Lebanon.

Outside is a fleet of mopeds, ready to whisk ‘McDeliveries’ over the city. Haidar Mahmood sits perched on one, keeping an eye on the hatch where orders are passed to the awaiting drivers.

He’s been working as a rider for over a year and knows full well that he’s delivering the world’s cheapest burgers. His wage, paid in LBP, has been fluctuating with the exchange rate, meaning some months he receives the equivalent of $30, while others he might get closer to $70.

“It’s always around $50,” he says with a big smile, not letting the mention of economic uncertainty dampen his mood.

It’s a reminder that whilst ‘burgernomics’ might be a useful gimmick for spotting economic crises, it tells us nothing about the real impacts of such events. In Lebanon, those are felt most plainly not in the price of a Big Mac, but in the daily struggles and uncertainties that result from a fragile economic situation which, for the most part, people like Haidar Mahmood and Dana had no part in orchestrating.

I asked Haidar if he was positive about the future. He shrugged, still smiling.