A £300,000 artificial intelligence project at the university is sponsored by Tencent – a Chinese company reportedly involved in censorship, surveillance, and Xi Jinping’s propaganda regime

Tech research conducted at Oxford University costing £300,000 is being sponsored by a company accused of invasive and suppressive surveillance tactics linked to the Chinese state, the Byline Intelligence Unit and The Citizens can reveal.

The Oxford-Tencent collaboration on large scale machine learning, led by Professor Yee Whye Teh and Associate Professor Dino Sejdinovic, has produced seven papers since 2018 on “novel methods for machine learning”, including at least one of direct relevance to facial recognition technology.

The artificial intelligence (AI) research is fully funded by Tencent AI Lab – a subsidiary of Chinese tech giant Tencent. Prior to recent crackdowns on gaming practices by the Chinese state, Tencent was the world’s seventh-largest corporation. The organisation has faced scrutiny in recent years for its technological support of an increasingly oppressive Chinese state system accused of grave human rights abuses.

Its collaboration with Oxford University’s department of statistics raises questions about the potential complicity of British universities and how their research might inadvertently facilitate human rights violations in China.

Big Business and the Chinese State

Tencent’s most popular app, WeChat, triples-up as a messaging, social media and mobile payment service and has faced accusations over its invasive and suppressive tactics both in China and abroad.

In January, it was reported that a group of US-based claimants filed a lawsuit against Tencent, alleging that the company’s mobile app censored and surveilled them and shared their data with Chinese authorities.

WeChat currently has more than 1.2 billion active users. However, concerns have been raised that the app has helped to fuel the Chinese Government’s ability to perpetrate alleged crimes against humanity, particularly the internment in camps of the Uyghur minority. The NGO Human Rights Watch claims that Tencent’s platform has entrenched “the Chinese Government’s censorship, surveillance, and propaganda regime inside” the state.

Despite such concerns, Tencent’s influence in the UK has grown quickly.

In 2018, as part of a UK-China trade deal, it was revealed that Oxford University would partner with Tencent to offer new esports courses at the university. More recently, Oxford faced further criticism after it re-named the 120-year-old Wykeham Physics Professorship, the Tencent-Wykeham Professorship – in recognition of a £700,000 investment from the Chinese firm.

Outside of academia, Tencent acquired UK games developer Sumo Group for £919 million this month, reflective of its growing business interests in the UK.

These growing ties raise questions about how the research of British academics and institutions could inadvertently provide the technical knowledge to support further oppressive practices in China. 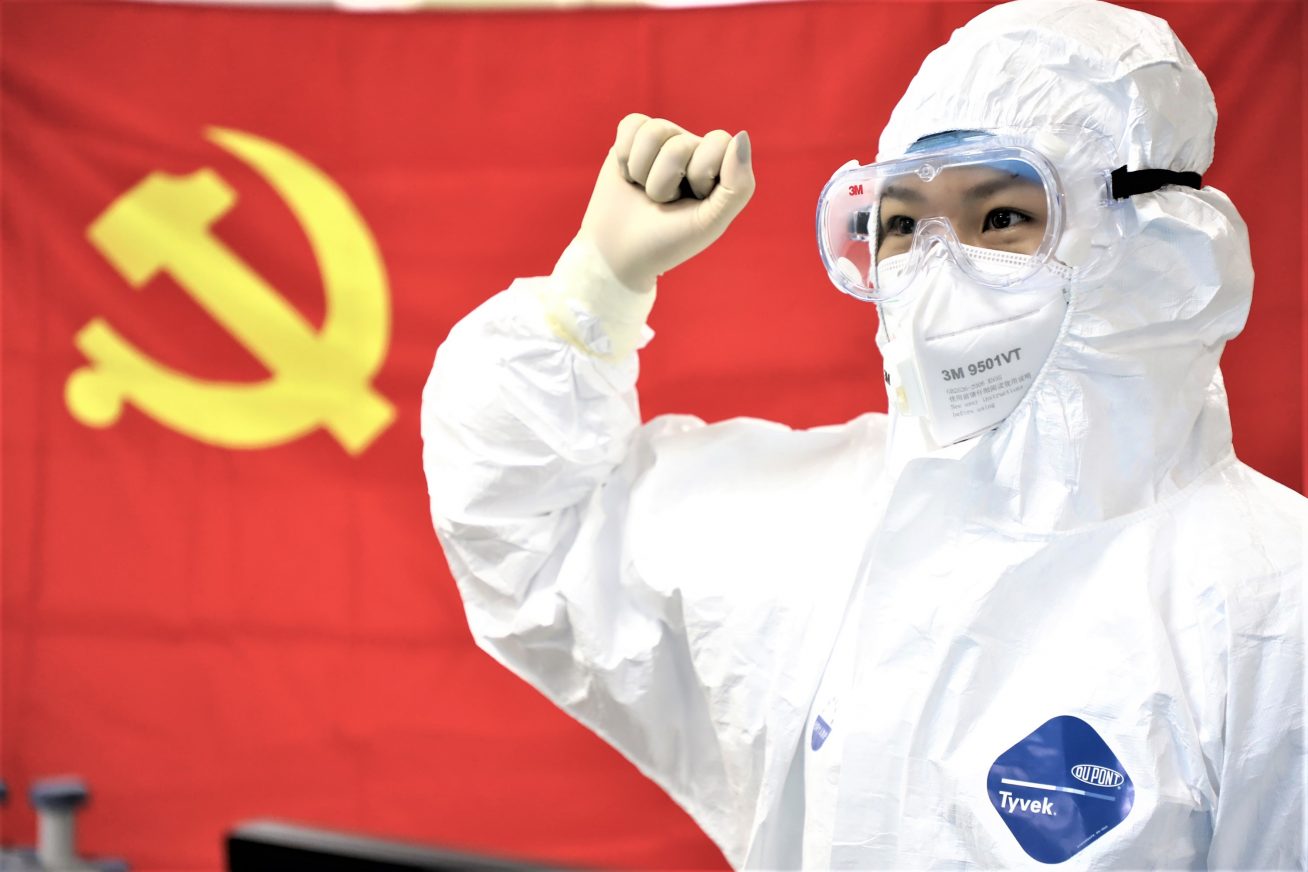 One area of particular concern is the work being carried out at Oxford University relating to facial recognition technology – a key focus of Tencent AI Lab.

A paper co-authored by the project’s lead, Professor Yee Whye Teh, raises questions as to how such technological advancements may be deployed in the future. Facial recognition software has become a deeply valuable element of the Chinese state’s surveillance arsenal.

Often hosted by private companies, this technology is used to regulate large swathes of public life. China’s controls range from the superficial – including shaming individuals for wearing pyjamas in public – to the more extreme. Facial recognition software has been used to track criminals and to send out ‘Uyghur alarms‘, when cameras spot members of the persecuted minority.

Tencent is not one of the Chinese companies – unlike Huawei and Dahua – currently implicated in the development and utilisation of ‘Uyghur-spotting’ facial-recognition software. However, its recent willingness to use facial recognition technology to regulate Chinese Government-imposed gaming laws, alongside the company’s alignment with a regime implicated in the suppression of the Uyghurs – which has been condemned as “genocide” by the US – has caused unease among critics.

Recent reports claim that Tencent has utilised facial recognition software to ‘catch‘ children trying to circumvent China’s state-enforced ‘cyber-curfew’. This law prevents those under the age of 18 from playing video games between 10pm and 8am. Tencent introduced the measures after it was found that children were using their parents’ or grandparents’ accounts to dodge the official measures and play online games late into the night.

Although some have been in favour of controls – believing that the curfew will help to tackle internet addiction amongst Chinese teens – others fear the ways in which data could be fed back to authorities.

According to author and foreign correspondent Ian Williams, “British universities have shown an astonishing level of greed and naivety in their dealings with China”.

His latest book, Every Breath You Take: China’s New Tyranny, explores the creation of what he calls a “digital totalitarian state” in China and cites a “startling lack of due diligence” from universities regarding their partners and collaborators.

Earlier this year, almost 200 British academics were investigated on suspicion of breaking intellectual property export laws as a result of commercial deals with Chinese companies. The scholars were “suspected of transferring world-leading research in advanced military technology such as aircraft, missile designs and cyberweapons”, which could have indirectly aided the Chinese Government’s ability to produce weapons of mass destruction and to repress political dissidents and ethnic minorities.

Unlike aircraft and weapons, facial recognition and AI technologies create less tangible and obvious threats to national security and individual liberties. But this software is a highly valuable tool to the Chinese state’s programme of surveillance and oppression both at home and abroad.

Joe Biden’s US administration has continued to place a growing number of large Chinese companies on an economic blacklist in response to their complicity in human rights abuses and high-tech surveillance in China. The UK Government, however, has been less forthcoming in its condemnation of Chinese businesses.

Meanwhile, British academic relationships with the China continue to grow, with the Oxford-Tencent collaboration another strand in the fast-growing web of collusion between UK universities, Chinese firms and Beijing.

A spokesperson for Oxford University told Byline Times: “The university has a rigorous due diligence process and Tencent has been approved as an appropriate donor by our independent committee to review donations and research funding, which includes independent, external representatives.

“We have a very clear position on academic independence from donations. Our donors have no say in setting the research and teaching programmes of the posts they fund, nor do they have any access to the results of research, other than publicly available material.”