From his experience of the propaganda wars around the Russian invasion of eastern Ukraine and annexation of Crimea, Paul Niland dissects the document released by Donald Trump’s former lawyer

Michael Cohen, erstwhile lawyer and fixer for former President Donald Trump, released a document not made public before this week. It was a copy of a peace plan that had been handed to him that ostensibly outlined a way to end the long-running war in Ukraine’s east

In reality, this ‘peace’ plan was a ‘piece’ plan: Russian President Vladimir Putin was dictating, to the incoming president of the United States, which piece of Ukraine he intended his forces to remain in possession of.

The plan itself is a fairly simple document, written on just a single page of A4 paper, but it is at the same time very revealing. Inadvertently, it gives us many clues to the origin and nature of the war that had, at the time that the Trump team was preparing to come into power, been underway in Ukraine’s industrial east for several years.

Cohen, who was sentenced to three years in prison following his guilty pleas on nine criminal charges including campaign finance violations, bank fraud, tax fraud, and lying to a Senate Committee about plans to build a Trump Tower in Moscow, released this document through his Twitter account.

Here follows an interpretation of not only what it means, with regards to matters between Ukraine and Russia, but how it was also intended to deceive the Trump administration and create favourable – for Putin and Russia – foundations for how Trump and his senior officials viewed Ukraine.

The plan contains just two basic elements. The first is that there would be a referendum on the status of Crimea in which residents of that region would be polled and the outcome would be binding on all parties. The second part is that “Russia will withdraw all troops from Luhansk and Donetsk [the two areas referred to together as Donbas] and stop support of local separatists. Russia will reconfirm and honour the Ukrainian-Russian border as it currently exists.”

The quid pro quo outlined there confirms several things. But the provenance of the plan is important, “Andrey Artemenko [the purported author of the plan] a Ukrainian Senator … has received consent on this proposal from Putin through Vladislav Surkov. Surkov served as the Russian Federation’s Deputy Prime Minister. After his resignation, Surkov returned to the Presidential Executive Office and became a personal advisor to Vladimir Putin.”

So, what we have here, in essence, is an admission from the top echelons of the Russian leadership that:

For veteran Ukraine watchers, these things come as little surprise. The evidence of Russian military forces being active in the theatre of conflict is well documented. In the Kyiv Post four years ago I outlined eleven links from various sources, including Russian, proving this.

But this is the first time that there has been a direct admission of this from Russia itself endorsed, as this statement is, by Putin through his senior advisor Vladislav Surkov. Surkov is known to be the Kremlin’s point man on Ukraine, having openly associated with several senior (Russian) figures who have been active in the Donbas since the outbreak of war there in the spring of 2014.

This brings us on to an understanding of why war broke out, suddenly, in the previously peaceful region, from where there is absolutely no evidence of any serious local “separatist” appetite before this war began. 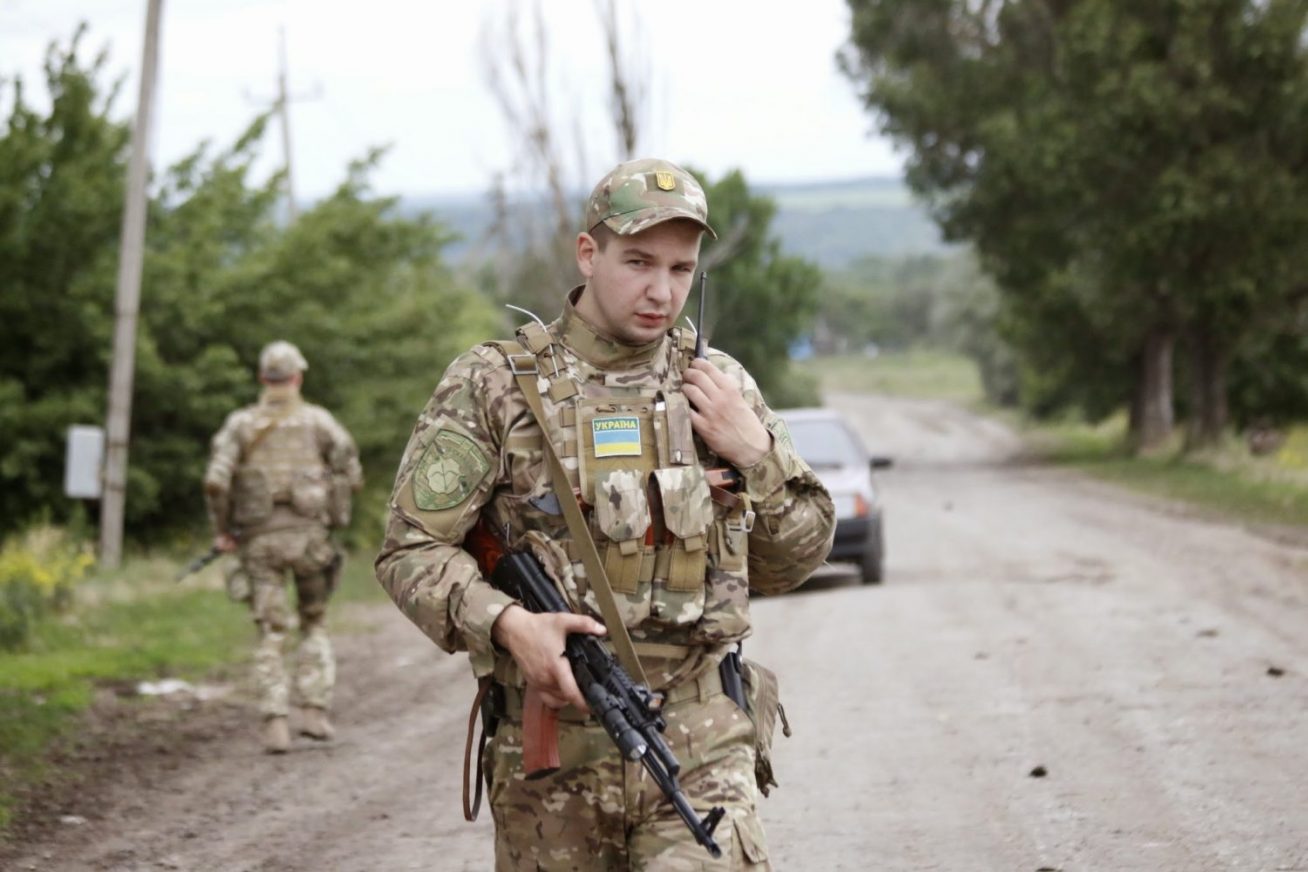 Here’s the timeline of events.

Between 21 November 2013 until 22 January a revolution took place in Ukraine. The centre of this event was the centre of Kyiv, the capital of this country of 40 million that sits on the fringe of the European Union. The revolution was successful (as the revolution underway in Belarus will ultimately be) and Putin’s chosen leader in Ukraine, Victor Yanukovych, took exile in Russia.

During the 93 days of the ‘Revolution of Dignity’ Russian state TV was fixated on events from the heart of Kyiv, beaming reports from Ukraine into Russian homes on a nightly basis. When the popular uprising was successful, Russian citizens could not be allowed to focus on that fact, lest they get ideas of removing their own corrupt political classes.

Cue the invasion and subsequent occupation of Crimea, which began as a military operation just five days after the Yanukovych regime fell, on 27 January 2014.

The annexation of Crimea served two major purposes. The main calculation of the Crimea land grab was a military one. Putin needs the peninsula for whatever war plans he has lined up for the years ahead but he knew that his actions would attract international condemnation, so Russia’s invading forces removed their badges, leaving the media to foolishly give the Kremlin’s incredulous denials of intervention unearned credibility.

By creating conflict in Luhansk and Donetsk Putin gained leverage in negotiations over the status of Crimea. The document released by Michael Cohen makes that point in startling clarity.  That’s the simple, precise aim of the plan. Ukraine can have peace in the east if Putin can be allowed to change the demographics of Crimea and rig another referendum there at some unspecified time in the future to formally absorb Crimea once and for all.

This isn’t reading between the lines. It is the lines. Black and white. Putin and his advisors, indifferent to the costs of lost human lives, cynically created the Donbas war so that they’d have the leverage to persuade the international community to live with their theft of Crimea.

The ‘piece’ plan concludes with what are euphemistically described as “political considerations” for both the US and Ukraine.

The first of these considerations is the intention to target the then President, Donald Trump, by portraying him as a peacemaker or deal maker, because it fits with his psychological profile, well known to the Kremlin for decades they had to include that part. The gratuitous reminder that Russia is a nuclear power, something that tells us that this document really originated not from some obscure lawmaker in Ukraine, but directly from the Kremlin. The demand that the US will insist on the lifting of sanctions against Russia further indicates the plan comes from Putin as getting sanctions dropped has been his most cherished wish since his own actions caused them to be imposed in the first place.

The second “political consideration” is another clear indication that this plan comes from a Russian rather than Ukrainian source. It sets out how the US should blackmail Ukraine into accepting these terms. It is also based on several fabrications, about both Ukraine’s actions and about Hunter and Joe Biden. The allegation against Ukraine is that certain Ukrainian officials helped themselves to $120 million out of $360 million of US aid money to Ukraine.

Let me explain from personal experience how that this is impossible. The organisation that I founded, Lifeline Ukraine, has been the recipient of a grant that is ultimately from the US taxpayer. The levels of transparency that are required from any organisation operating from taxpayers’ money is exceptionally high. It is not an exaggeration to say that all of our costs and paperwork and budget justification and documentation are scrutinised to the highest degree on several levels.

The idea that someone would be able to walk off with a third of the budget allocated to help Ukraine’s continued democratic transition is not only absurd, it is also an insult to the professionalism of the men and women who work at the US Embassy in Kyiv.

In short, the second ‘political consideration’ is merely intended to slur Ukraine and to create a negative image of a victim of Russia’s aggression among Trump’s inner circle. The bonus of jibes against the Bidens was just the icing on the cake of this confection of lies.