On the 40th anniversary of the hit song, Chris Sullivan finds its modern relevance terrifying

Many consider The Specials’ Ghost Town, with its depiction of poverty and injustice in Thatcher’s Britain, the song of the 1980s.

Voted single of the year in 1981 by NME, Melody Maker and Sounds, Ghost Town topped the UK charts for three weeks and sold more than one million copies.

“It was inspired by what we saw touring,” recalls The Specials’ founder and song writer Jerry Dammers “We saw old ladies on the streets of Glasgow selling cups and saucers and household goods. We went to Liverpool and saw all the shops boarded-up and lots of homeless on the streets. There was almost three million unemployed and the previous year, in 1980, there’d been a big riot in St Pauls district in Bristol.

“So, the song was a commenting on what was happening – the injustice and the right-wing Governments who didn’t care about the people but only cared about making  money for their friends”.

Ghost Town was produced during a period of turbulence. Racial tension was rising and there was a feeling that the establishment just did not care. The riots in the predominantly black neighbourhood of St Pauls in Bristol, which had been subject to under-funding and was split in two by the controversial M32, were sparked by one incident in particular but were actually a response to the area’s huge rise in unemployment and Margaret Thatcher’s cuts to state schools and social housing. The police’s feeble response to an increased National Front presence and officers’ abuse of the Sus laws, which allowed police to stop, search and arrest anyone they merely suspected of a crime, also contributed. 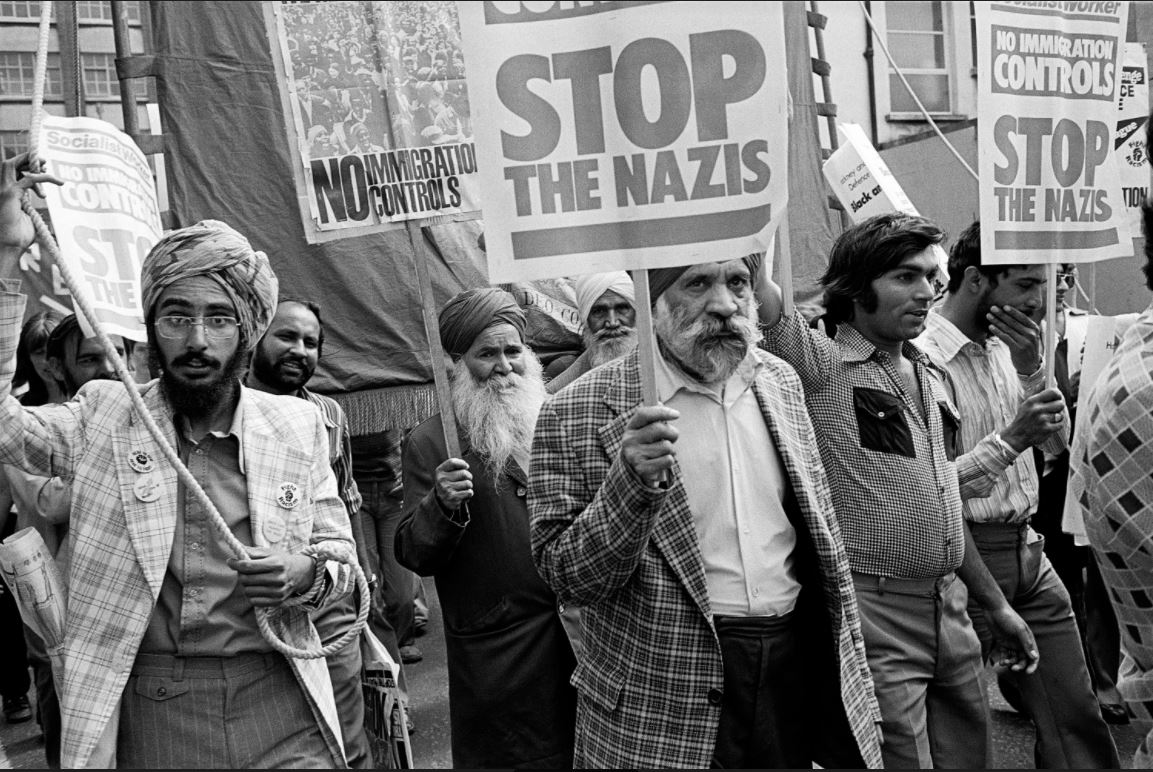 Southall had been targeted by the National Front for years and, in 1976, teenager Gurdip Singh Chaggar was stabbed to death by its thugs. His killers went free.

Three years later, thousands of police were sent to the area to protect a National Front election meeting. That same year, hundreds of Anti-Nazi League protestors were brutally handled by the police, including anti-racism activist and journalist Blair Peach, who was killed with a truncheon to the back of his head by a member of the Met Police’s Territorial Support Group. Subsequently, a whitewashed inquiry covered up damning evidence of police brutality, while a further report found that many Territorial Support Group officers were sympathetic to the far-right.

In 1981, Satwinder Sondh was attacked in Southall by three racist attackers who carved swastikas on his stomach. The police did not believe the victim and charged him with wasting police time.

An avalanche of officially documented charges of police brutality, fabrication and the planting of evidence and forced confessions against the black and Asian population  followed. “Sometime you would get stopped and searched two or three times a day in the 1970s and ’80s,” recalled DJ  Norman Jay. “And you’d be very lucky to avoid a beating.”

Ghost Town depicts how Margaret Thatcher’s decimation of traditional industries had turned many areas into ghost towns populated by the unemployed who walked the streets amongst boarded-up shop fronts, homelessness, drug addiction, and dereliction.

“Working people or their communities didn’t matter as they were just workers and, if Thatcher’s mates weren’t making money from them or the industries they worked in, then these workers were expendable,” reflects Jerry Dammers. “Thatcher’s policy was to shut down industries that weren’t making a ‘profit’, but in my mind paying people wages are the profits. It was her shopkeeper mentality. This was the start of globalisation but there wasn’t a name for it then. Big companies, cheap labour, bad working conditions. And it’s even more prevalent today.”

Ghost Town still chimes today because many town centres are once again becoming ghost towns. Even before the Coronavirus pandemic, the internet finished off what the ‘out of town’ shopping centres started decades before. Boarded-up shops, pound stores and pawn brokers have replaced once vibrant focal points of community.

“The Government makes all these promises of recovery, but will they happen?” says Dammers. “At the same time, they’ve cut funding to art colleges and art and music courses in universities by 50%, and so much comes out of art college – and not just art. They are closing off every avenue.”

The Education Secretary’s plans to cut funding to all creative courses in higher education will result in art schools becoming the preserve of the well-off. As Jarvis Cocker told the Guardian: “I think it will really just put off people from a certain background and that’s a pity because it’s about mixing with people with different ideas, and then you get this cross-pollination of stuff that makes things happen.”

“Ghost Town is a warning against this ‘every man for himself’ ideology that the right-wing lives by,” says Dammers. “This the reason is why the greatest COVID deaths occurred in the UK, Brazil, India, and Trump’s America, as they were all concerned with money and not people – lockdown too late, cronyism and mismanagement.

“The Government will use COVID as an excuse for the financial hardship to come but it was on the way anyway with Brexit which was hyped as no big deal. Ghost Town wasn’t about one particular town – it was about anywhere, any time and any place”.