Evidence provided by the most senior official at the Department of Health and Social Care on the procurement of personal protective equipment during the Coronavirus pandemic appears to contradict previous claims by both Boris Johnson and Michael Gove.

Last November, in response to Labour Leader Keir Starmer during Prime Minister’s Questions, Johnson said that “99.5% of the 32 billion items of personal protective equipment that this country secured conformed entirely to our clinical needs, once we had checked it”. Starmer had questioned Johnson over the procurement of PPE, which the Prime Minister lambasted as “pathetic”.

Similarly, in April, Gove told the Commons that “it is a well attested fact that less than 0.5% of PPE procured did not meet the standards that we had set out”.

However, in his evidence yesterday, DHSC permanent secretary Sir Chris Wormald told the Public Accounts Committee that one in 10 of all PPE in storage was not of high enough quality for use in a clinical setting – amounting to 2.9 billion items of PPE, costing £1.5 billion.

Of these 2.9 billion items, many could be used “elsewhere in the economy,” he said. The PPE “which is not for use in medical settings”, Wormald continued, is being provided “to lots of non-NHS settings at the moment, including social care”.

However, 230 million items have no use in any setting, it has been judged, and will be disposed of.

The cost to the taxpayer of PPE ordered is £32 billion – including the current costs of storing equipment for £6 million a week (a decrease from the £10 million a week storage costs last year).

A National Audit Office report published in November found that, between February and July 2020, the Government spent £12.5 billion on 32 billion items of PPE, including £214 million “for 75 million respirator face masks which the NHS will not use for the original purpose”.

“Tens of millions of respirator masks ordered from other suppliers and some other types of PPE are also likely to be unusable for the original purpose,” the report added.

When giving evidence to the joint Health and Social Care and Science and Technology select committees this week, Matt Hancock confirmed that more than 1,500 NHS healthcare workers have died during the COVID-19 crisis. This number is almost double the figure published by the Office for National Statistics (ONS) earlier this year.

The Health and Social Care Secretary told MPs that “sadly so many health and social care workers have died in this pandemic. And that’s because they were often at the frontline”. However, he denied that the deaths were related to a lack of PPE, saying that “we’ve looked into this and there’s no evidence I have seen that a shortage of PPE provision led to anybody dying of COVID-19. Now that is from the evidence I have seen”.

A report by the Public Accounts Committee in February found that PPE shortages left health and social care workers risking their lives. Surveys by staff representative organisations found that 30% of participating care workers, doctors and nurses reported having insufficient PPE, the committee said. This included workers in high-risk settings.

“Many workers at the frontline in health and social care were put in the appalling situation of having to care for people with COVID-19 or suspected COVID-19 without sufficient PPE to protect themselves from infection,” it said.

Labour MP Meg Hillier, chair of the Public Accounts Committee, said that “frontline workers were left without adequate supplies, risking their own and their families’ lives”. 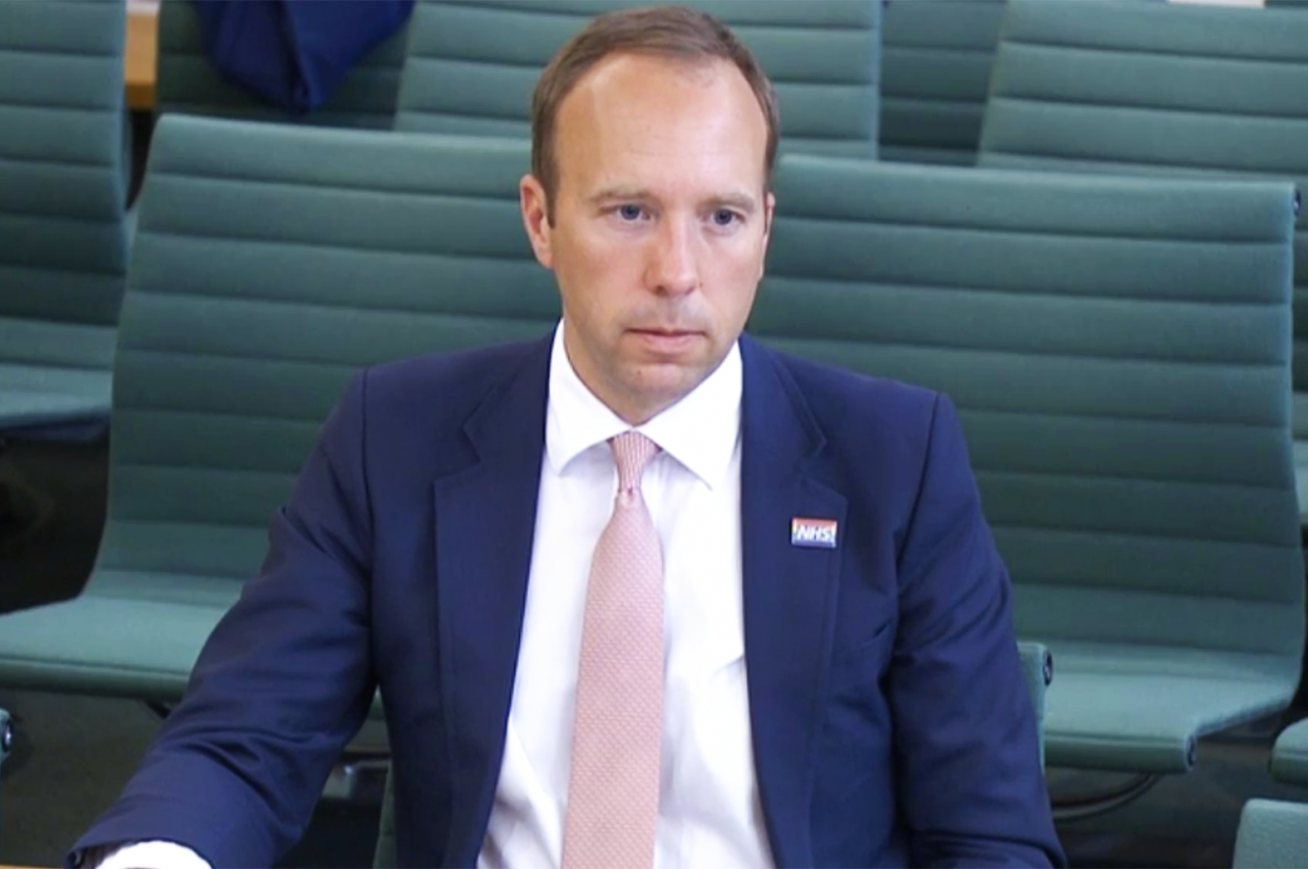 Many social care workers have also lost their lives during the pandemic. According to an ONS release in January, “almost three in four of the deaths involving COVID-19 in social care occupations (347 out of 469 deaths; 74.0%) were in care workers and home carers”.

The DHSC claims that care homes did not run out of PPE. However, MPs found that “stocks ran perilously low; single use items were reused; some was not fit for purpose – including reports of expired, substandard, deficient or even insect-infested supplies”.

The Public Accounts Committee report concluded that, in social care, “staff were in fear that they would run out”.

Hancock has repeatedly insisted that there was “no national shortage” of PPE, leading to accusations of ‘gaslighting’ from frontline NHS staff. This includes a hospice doctor who tweeted: “We begged local schools, vets and businesses for donations of PPE without which, we feared, we would be unable to stay open safely.”