God Save the QueenStill Jousting in the Junior Common Room

Here we go again. Another day and another front in the tiresome ‘culture war’. This time it’s ‘woke’ students at Magdalen College, Oxford, who are to blame. Marxist lunatics at Britain’s oldest university have voted to take down a picture of the Queen from the wall of their Middle Common Room (MCR). Proof if ever it were needed that our campuses are hot-beds of radical ideologues bent on the destruction of our civilisation.

Fearless defenders of our heritage and culture have been lining up to explain how angry and disappointed they are in the youth of today.

On Twitter, former Sky News journalist Colin Brazier, soon to present a programme on Andrew Neil’s GB News has speculated whether it “might be time to defund some Oxford Colleges.”

In his own carefully crafted tweet, Education Secretary, Gavin Williamson explained, helpfully, that the Queen was our “head of state” who has “worked tirelessly” – etc and so forth although to be honest, I struggled to get to the end.

Communities Secretary Robert Jenrick was wheeled out to tell BBC Breakfast that it was ‘student politics’ gone mad.

It’s all been like catnip to the right-wing tabloids.

“How dare they! Oxford students cancel our Queen” screamed the front page of the Daily Express. The image that had “hung for decades” on the MCR wall was being removed and it was an assault on our very way of life.

Except it hasn’t ‘hung for decades’, it was put up in 2013, following a previous vote by members of that same MCR, perhaps to celebrate the 60th anniversary of the coronation – and has been there ever since.

Yes folks, this ancient artefact – actually a modern print – has only been up for about 8 years.

I have Union Jack socks that are significantly older than that. 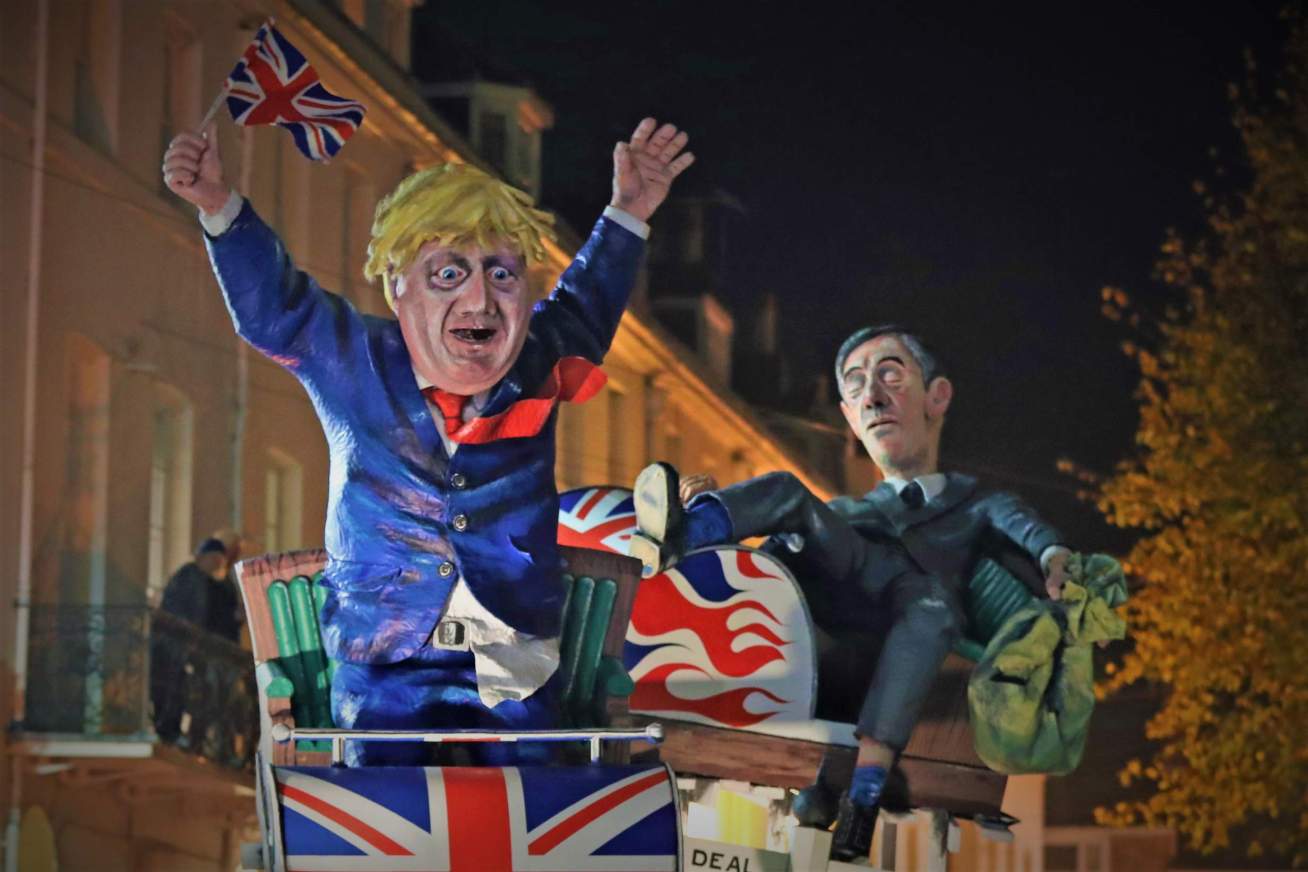 The ‘War on Woke’ and the Great Free Speech Czar Paradox

Some will inevitably brand all of this a ‘dead cat’ but that term is unhelpful. It suggests that this brilliant government is artfully deploying chaff to distract from the disasters and plans it has for us all.

On the available evidence, I don’t think they’re that clever personally.

And anyway, none of this is new. Students have been behaving like this ever since – well – forever.

When I was a student at the University of Kent in the late eighties, our Union office was called ‘the Mandela Building’ (and it still is). Nelson Mandela was still in prison when I arrived and a previous intake of students, at what was then a fairly radical university, had taken the decision to name the building in his honour to highlight his imprisonment.

None of them have ever quite escaped the Neverland of campus politics. Perhaps that is why they are constantly drawn back to it.

The name drove UKC’s small but vocal Conservative Group into absolute fits of pique. They were forever suggesting alternative names which in turn engendered healthy, boisterous debate and rows in one of the university’s concrete JCRs. Later when a new college needed to be named there was a fight over whether it should be called Marx or Churchill.

It was good stuff. After all, at least some of the point of being a student is to thrash out arguments and make proposals – and challenge the established orthodoxy. But while most of us moved on to other lives and other things – some, never seem to have left these campuses of their youth.

And I think that a lot of this ‘culture wars’ stuff reveals just that about this government and their supporters in the media.

Johnson and his nearest advisers were forged out of campus politics. At Oxford, the PM rose to become President of the Union. His life’s course has diverged little since and his modus operandi is often seemingly trapped in that sort of ‘larger than life’ personality politics that can work so well in winning votes in a university setting.

For all the ‘man of the people’ stuff it’s interesting to note that little of Johnson’s subsequent career arc includes ‘real world’ experience.

He passed straight out of university and into journalism and political life and has flown much the same course since. The Peter Pan of student politics who never quite grew up.

Moreover – he is surrounded by people who were fomented on the same battlegrounds and who likewise have not done much else. Munira Mirza, head of his policy unit and once very briefly a member of that arch student (once) left-wing movement the Revolutionary Communist Party – is a case in point. She, like the departed Dominic Cummings, is a think tanker and adviser who went straight from university into political life.

Look up the career paths of those getting upset about that portrait of the Queen today – or any of the recent culture wars fracas – and you see the same thing. 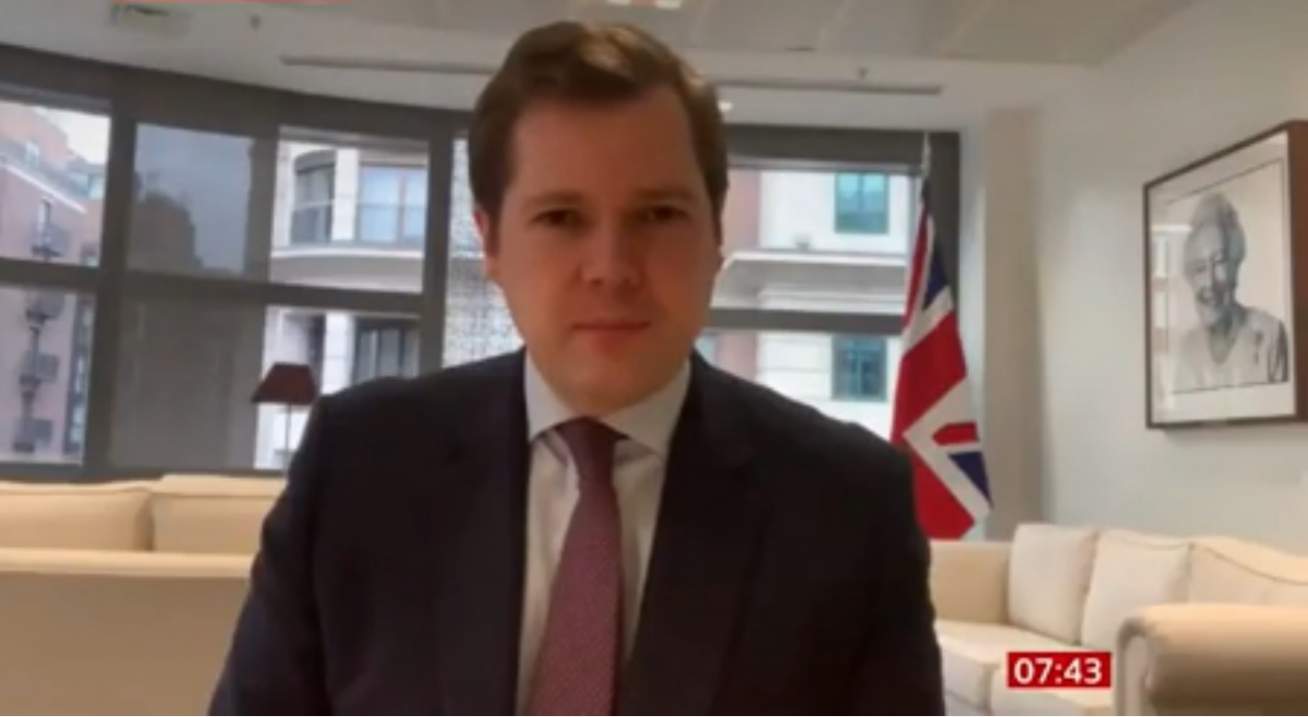 Get the Bunting Out for Bonkers Britain 2021!

Gavin Williamson was chair of the Conservative Students Union in 1997 and has been active in Conservative politics ever since.

Universities Minister Michelle Donelan wanted to be a politician from childhood and last year the New Statesman reported that this had been her plan since the age of six. She first spoke to the Conservative Party Conference in Blackpool when she was 15.

Culture Secretary Oliver Dowden’s first job out of university was at the Conservative Research Department. He had a brief, two-year stint, in PR – before going back to work for the Conservative Party.

None of them have ever quite escaped the Neverland of campus politics. Perhaps that is why they are constantly drawn back to it.

I’m wary of going on about the ‘good old days’ because that’s exactly the sort of crap I’m taking on in my book, Fake History, but, once upon a time, most politicians did actually do something before they angled for a place on the green benches. They fought in wars, worked in banks, went down mines, ran businesses or worked in their father’s grocery shop.

Until then this dull tug-of-war over heritage and ideas is probably set to continue. But as it drones on – remember it’s not so much dead cats they’re throwing about: it’s more a dearth of original ideas.

Otto English’s book, Fake History; Ten Great Lies and How They Shaped the World, is out now.