Museums, the BBC, Ofcom, Channel 4 – Julian Petley explains how the appointment of Government sympathisers to key positions in public bodies is part of a years-long effort

Not only does Dacre loathe the BBC, which Ofcom regulates, but his loathing extends to the regulator itself. For example, in 2011 the Mail worked itself into a frenzy over Ofcom’s refusal to censure an episode of ITV’s The X Factor featuring raunchy numbers involving Rihanna and Christine Aguilera. Thus, its comment column, 22 April, fulminated that “the truth is this body, with its 870 staff and Labour crony chief executive Ed Richards (pay packet £380,000) is the worst kind of bloated quango”.

A further comment column on 4 June headed ‘Pathetic Ofcom and Our Vulnerable Young’ lambasted it as a “politically correct, toothless regulator”.

The sheer inappropriateness of this proposed appointment, along with an earlier attempt to impose the BBC-hating Charles Moore as chairman of the corporation, has cast light on a disturbing process which has been quietly taking place for quite some time – namely, the subversion of the independent system for public appointments established in 1995 by the Committee on Standards in Public Life under the chairmanship of Lord Nolan.

Such a system was thought necessary because appointments were being made to public bodies for political reasons and without due process, meaning that appointees were coming from a narrow circle of politically acceptable candidates. Sound familiar?

Accordingly, the post of Commissioner for Public Appointments was created. The commissioner was tasked with establishing a Code of Practice for such appointments and then administering the system according to the code. Ministers would remain ultimately accountable for public appointments, but numerous checks and balances on the exercise of ministerial power were introduced. 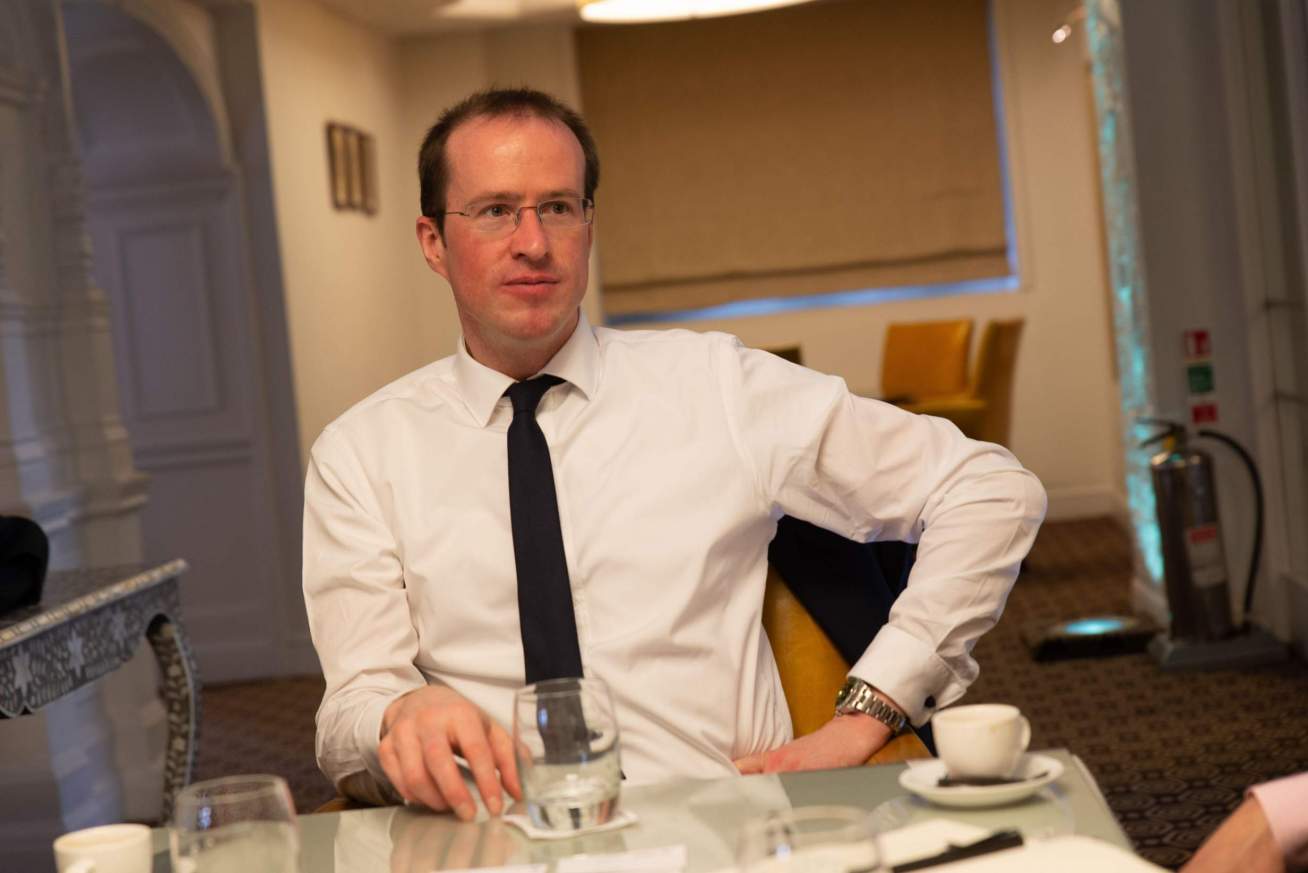 A Dry Run for BrexitThe 2011 Alternative Vote Referendum10 Years On

These included the requirements that all public appointments should be made solely on merit, that recruitment teams should include members with appropriate skills and backgrounds, and that all panels should have at least one independent member, with independents normally accounting for at least a third of the membership.

Recently, however, the public appointments system has clearly been re-politicised, with Conservative-dominated panels appointing fellow Conservatives to positions for which they are demonstrably ill-suited.

In the past couple of weeks alone, the Government has vetoed the reappointment to public positions of people who clearly don’t fit the political bill. Thus, Uzma Hasan and Fru Hazlitt were dropped from the Channel 4 board (against the advice of both the board and Ofcom), and Culture Secretary Oliver Dowden refused to reappoint Dr Aminul Huque as a trustee of the Royal Museums Greenwich, leading to the immediate resignation of its chair, Carphone Warehouse founder Sir Charles Dunstone. Huque’s fate is presumably connected with his work calling for the decolonisation of the curriculum.

However, if this process of politicising public appointments has only recently been exposed to the public, it has been on the Conservatives Party’s agenda since 2010, when the party formed a governing coalition with the Liberal Democrats.

The activist blog ConservativeHome has long urged Conservative supporters to apply for key public appointments because, in its view, under New Labour such appointments were dominated by ‘Tony’s cronies’.

But even after the Coalition came to power, in 2012 influential right-wing commentator and advisor Tim Montgomerie was complaining that “since the Coalition was formed David Cameron has been remarkably keen on appointing political opponents to positions of power and influence”.

In Montgomerie’s view, a new post should be created to oversee appointments across the public sector, and it should be filled by none other than Matthew Ellliott, the founder of the TaxPayers’ Alliance (TPA) and soon to be the CEO of the Vote Leave EU Referendum campaign.

Montgomery cited TPA figures suggesting that “77% of people who have political backgrounds who are getting appointed to public bodies are allied to Labour”. This exact figure was quoted in an article by Fraser Nelson, editor of the right-wing Spectator magazine, in the same day’s Telegraph.

However, as Montgomerie (but not Nelson) admits in a footnote, the TPA numbers refer only to the percentages of people with known political backgrounds, and the commissioner’s own figures for 2011-12 show that only 13.3% of appointees declared any political activity, of which 1.8% were Conservative, 10.2% Labour, 0.6% Liberal Democrat and 0.5% other.

Yet the campaign was not abandoned, and on 18 July 2014, Elliott himself warned on ConservativeHome that: “This army of Labourites pose a threat, not only to future Conservative electoral chances, but also to public sector reform. Combined with dominance of the left in many charities and campaign groups, these political appointees can, and do, undermine Government policy with criticism that is portrayed as from an impartial observer, but often reflects the political orientation of those at the top of these bodies.”

In Elliott’s view, the solution was for Conservative Campaign Headquarters (CCHQ) to start “playing a role in encouraging activists and supporters to apply for these roles”.

Once the Conservatives could govern alone in 2015, the party rapidly established a review of the role of the commissioner. This was led by Sir Gerry Grimstone, a former director of Barclays and Standard Life – now a Conservative peer.

He concluded that the appointments process was too bureaucratic and recommended that many of the commissioner’s functions should be reduced. The Government agreed, and thus the machinery was set in place for what is now happening. At the same time, ConservativeHome established its Calling Conservatives service, which regularly gives notice of public positions for which it urges party supporters to apply.

The subsequent opportunities for increased political patronage were positively welcomed by Charles Moore in the Telegraph, 16 April 2016, in an article headlined ‘Beware the Incestuous, Unaccountable Empire-building of Civil Servants’. He argued that “ministers, not Whitehall, should be free to appoint those who will push through their policies”.

Exactly the same line was taken by Henry Hill on ConservativeHome nine days later in a piece headed: ‘More Public Appointments Should be Explicitly Political’. He argued that “taking the power of patronage out of the hands of elected politicians simply vests it with unelected civil servants, which in turn produces recruitment biases just as powerful as officially partisan recruitment”.

“It seems far easier to justify the biases of an elected government, with a mandate from the electorate, than the biases of… the civil service,” he added.

The antipathy towards the established system for public appointments could not be easily disentangled from a visceral hostility towards the civil service – one that evidently manifested during Dominic Cummings’ time in Downing Street.

Of course, Conservative organisations and Conservative-supporting publications are perfectly entitled to encourage Conservatives to apply for public appointments. However, what I have outlined here goes way beyond a mere recruitment campaign and indicates how, over the past 10 years, the Tory ecosystem has systematically laid the ground for the assault on the independence of the public appointments system now being waged by Johnson’s Government.

This isn’t simply a matter of cronyism and political patronage – it’s also a significant battleground in the Government’s wider war against the ‘liberal elite’ and in fact any institutions which stand in the way of unfettered executive power.

Meanwhile, newspapers such as the Telegraph, Sun, Mail and Express, which loudly defend press freedom (or, rather, their version of it) on the grounds that it enables them to speak truth to power on behalf of the public, have for the most part acted simply as power-fixated cheerleaders for the autocratic excesses of the executive – and especially of their creature, ‘Boris’.

At the same time, the BBC has been effectively cowed by the very processes which are the subject of this article – namely the Government’s packing of public bodies by Conservative place-men in the shape of new director general Tim Davie, chairman Richard Sharp and, most recently, board member Sir Robbie Gibb.

Welcome to the post-Nolan era.