Is War Between Russia and Ukraine Just a Matter of Time?

Russia and Ukraine seem to be on the verge of military confrontation. The two countries are building up their forces near the coal-rich Donbass region of eastern Ukraine where ceasefire violations continue to grow. Will tensions between Moscow and Kyiv lead to a full-scale war?

According to reports, since early March Ukraine has been sending tanks, artillery and drones to the Donbass. Ever since representatives of Russia and Ukraine, as well as German and French mediators, signed the so called Minsk-2 ceasefire agreement in February 2015 in the Belarusian capital, Kyiv has been actively preparing to reclaim the territory.

Currently, significant portions of the energy-rich Donbass region are controlled by the Russia-backed self-proclaimed Donetsk People’s Republic and Lugansk People’s Republic. Indeed, the Minsk-2 deal has stopped the “active phase” of the conflict that erupted in 2014, which means that in the past six years neither side has attempted to capture more territory, but the real truce has never been implemented. Shelling and sniper firing have become part of the daily life of the local population. 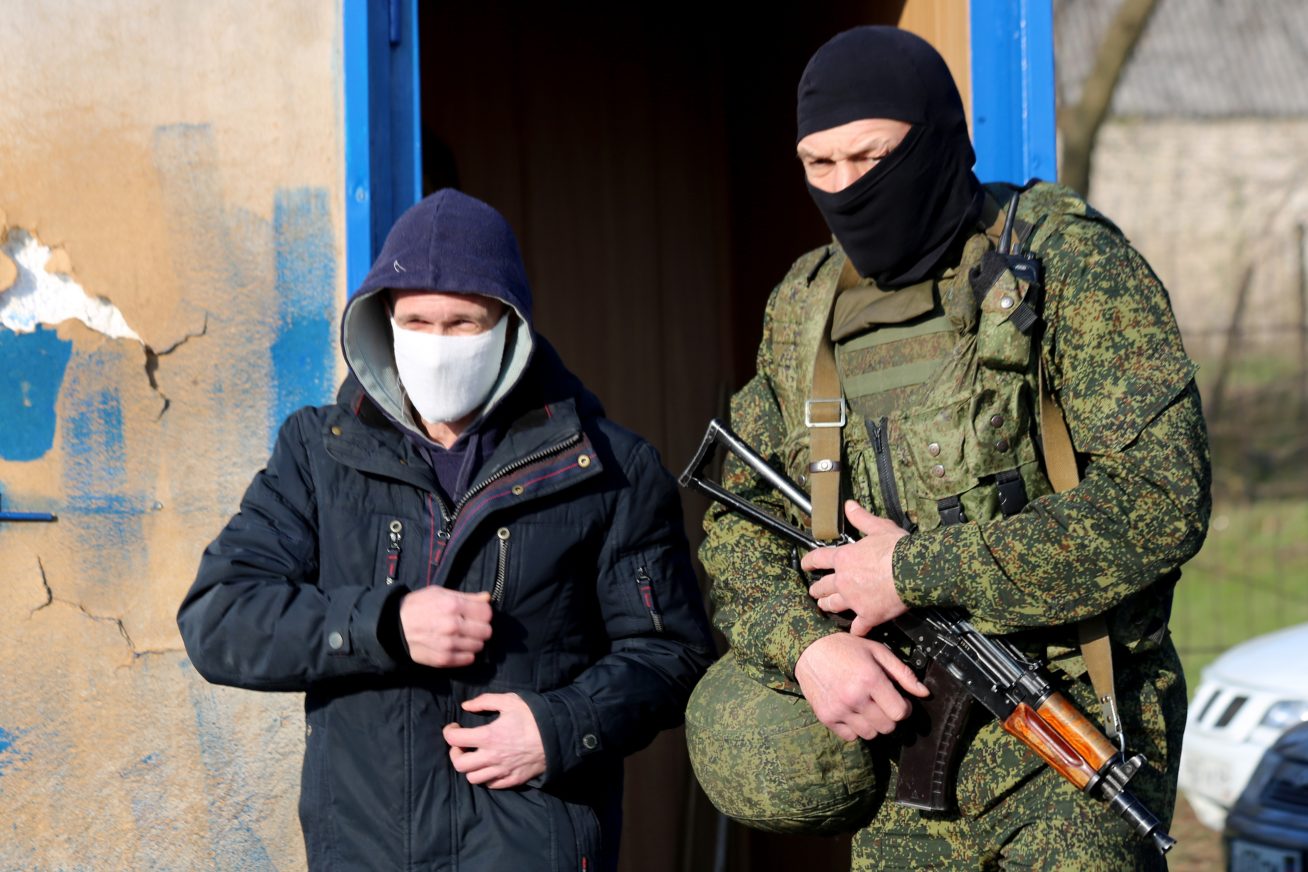 Ukraine, strongly backed by the West, aims to return the Donbass to its jurisdiction one way or another. Given that the peace process has been stalled, as neither Kyiv nor the Moscow-sponsored Donbass republics implemented a single point of the Minsk Agreement, a new round of hostilities can begin in the coming weeks or months.

Russia has recently started building up troops not only in Western Russian regions bordering the Donbass, but also in Crimea – an area that the Kremlin incorporated into the Russian Federation in 2014. Such military movements seem to be outside scheduled exercises, although that does not necessarily mean that Moscow intends to invade Ukraine.

Kremlin spokesman Dmitry Peskov claims that the troop movement was “not meant as a threat to other states.” On the other hand, Russian Foreign Minister Sergey Lavrov said that any efforts to escalate the conflict in eastern Ukraine could eventually “destroy” the country. In other words, Russia is sending a clear message to Ukraine and the West – Moscow does not intend to return the Donbass or Crimea to Kyiv.

Some Russian hardliners, such as Margarita Simonyan, editor-in-chief of the English-language television news network RT, have openly called on the Kremlin to annex the Donbass.

At this point, however, such an option does not seem very probable, given that Moscow already de facto controls the coal production in the region and has been trying to preserve the status quo.

Even if the conflict escalates, Russia will likely try to implement the same model it used during the brief war against Georgia over South Ossetia in 2008. Georgia’s attack on Moscow-sponsored South Ossetia in August 2008 led to Russian military intervention and also to the recognition not only of South Ossetia, but also Abkhazia – another Georgia’s breakaway region. In both entities, prior to the war, most citizens had Russian passports. Thus, it is not surprising that the Kremlin launched “passportization” of the Donbass in 2019.

It is worth noting, however, that Simonyan has recently said that Russian people living in the Donbass should live in Russia. It is a very ambiguous message. Should they move to Russia, or should Russia annex the Donbass so that the ethnic Russians could live in their “homeland”?

Over the years, Russian officials have been calling on the self-proclaimed Donbass republics to reintegrate into Ukraine, but in reality, Moscow has integrated their military, economy, education and monetary systems into the Russian Federation. Hence, the Kremlin could use a potential conflict escalation as a pretext to send “peacekeeping troops” to the region, and formally recognize the independence of the Donbass republics. Such an action would undoubtedly result in more anti-Russian sanctions by the West.

The Impact of Joe Biden

Although sanctions seem to be a big problem primarily for the Russian oligarchs that still hold their assets in Western banks, there is another reason why Moscow is hesitating from an open confrontation against Ukraine.

The US President Joe Biden recently spoke with his Ukrainian counterpart Volodymyr Zelensky and “reaffirmed the United States’ unwavering support for Ukraine’s sovereignty and territorial integrity.” Moreover, the American Secretary of Defense Austin Lloyd Austin has reiterated the US commitment to building the capacity of Ukraine’s forces to “defend more effectively against Russian aggression”.

“Since 2014, the United States has committed more than $2 billion in security assistance to Ukraine, including a recently-announced $125-million package that featured defensive weapons and other key capabilities to enhance the lethality, command-and-control and situational awareness of Ukraine’s armed forces” said Austin. 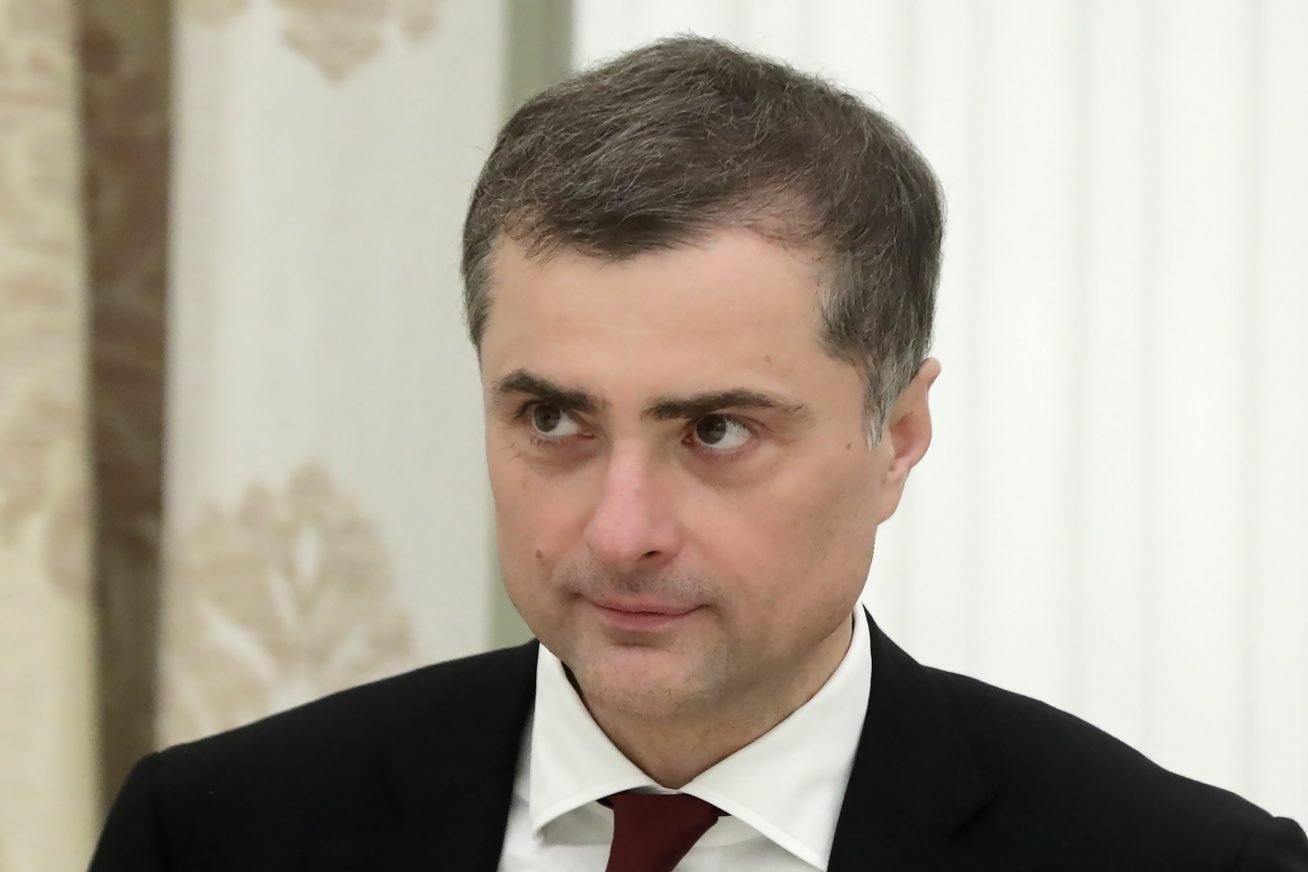 In the autumn of 2014 and winter of 2015, Russia-backed Donbass militias managed to defeat the Ukrainian Army and capture a significant portion of Donetsk and Lugansk regions. In 2021, without open and direct Russian interference, they will unlikely be able to hold the front line for more than 48 hours. Over the years, Ukrainian armed forces have gained combat experience and have reportedly purchased Turkish Bayraktar drones that proved to be very efficient during the war in Nagorno-Karabakh in the fall of 2020.

Even if Russia interferes in the Donbass, it is not very probable that the war will be as brief as in South Ossetia.

In the long-term, war between Russia and Ukraine seems to be inevitable, unless Moscow eventually agrees to return the Donbass to Kyiv. Currently, however, the Kremlin does not seem to be determined to “fight until victory”, nor to cease its supports to the proxies in the Donbass.

Until Russia and the West make a final deal over the future of the region, Donbass residents will likely keep living in a state of neither war nor peace.