Rights groups are calling on the European Union to take action to prevent the accelerating elimination of press freedom in Hungary after the Government regulator rejected the license renewal of the country’s last independent radio broadcaster.

Klubrádió was forced off the airwaves at the end of last month. Fiercely independent in its output, it has provided a platform for up to 180,000 daily listeners to discuss and challenge Hungary’s increasingly authoritarian and populist Government.

Mihály Hardy, head of news and current affairs at Klubrádió, said the decision was “our worst fears coming true”.

The trivial pretext for shutting down Klubrádió is that it was twice late submitting its weekly data on fulfilling programming quotas. The station is challenging the decision in court, but the completion of its judicial review is expected to take several months.

The move occurred after the Government deleted a provision in the law stating that a station can continue to broadcast during court procedures about its right to a frequency. It is still able to broadcast online and listeners have migrated there.

In 2010, Prime Minister Viktor Orbán’s ruling Fidesz party passed a law allowing the Government to elect all five members of the country’s Media Council – the body set up to monitor and enforce new media laws passed in Hungary’s Parliament.

Since then, Fidesz has abused its two-thirds majority by co-opting public broadcasters and other critical media outlets into a behemoth propaganda machine.

The attack on press freedom has led to the centralisation of all regional daily newspapers, along with the takeover or closure of many Government-critical news sites and newspapers. Nearly all media outlets loyal to the Government are now centralised in an organisation called the Central European Press and Media Foundation (KESMA).

Since the creation of the KESMA in 2018, research by the International Press Institute estimates that 80% of the market for news was financed by sources determined by the Fidesz party – meaning that it now controls more than 470 media outlets in Hungary.

The merger was in breach of all the country’s competition laws. However, it could not be investigated by the Competition Authority as it was branded of “strategic importance” by the Government. The move was later made legal by the country’s pliant Constitutional Court.

The ruling party bolsters its power and influence by regularly advertising in its media empire, while independent outlets are starved into submission through the Government’s abuse of public resources and harassment of private advertisers.

Taking over the media helps Orban’s Government to maintain power by shielding large parts of the public from news and information critical of Fidesz. Any remaining independent media outlets are regularly smeared as foreign agents or traitors, while independent journalists are routinely denied access to publicly held information; excluded from official events; and prevented, or actively hindered, from communicating with public officials. 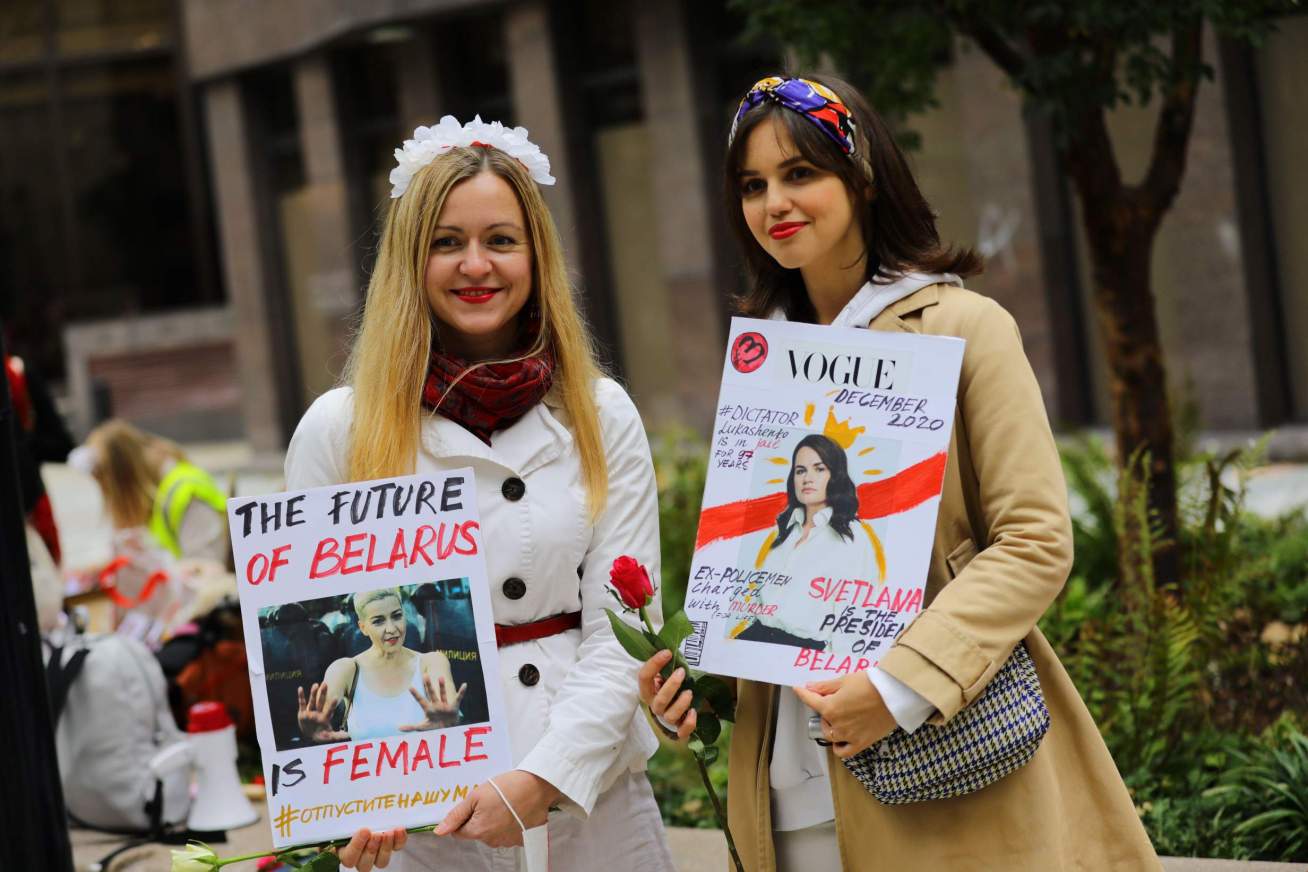 Women Journalists Under AttackA Global Problem & the UK is Not Immune

This prevents them from doing their job of holding power to account, in what Peter Erdelyi – the founder of independent online news platform 444.hu – called “death by a thousand cuts”.

“We wanted to start something new where we can be free and independent of political interference or business interests,” Erdeyi said. “Most recently, the Government amended legislation in what it calls scaremongering. There’s no clear definition of what that is.”

Despite his overt clampdown on freedom of expression, Orbán has won support from right-wing activists in the UK, including those involved in Toby Young’s Free Speech Union.

Co-founder of the union, Douglas Murray, has been praised by Orbán and had an hour-long meeting with the Hungarian Prime Minister in 2018 during the Future Of Europe conference.

Murray was joined by Donald Trump’s former chief strategist Steve Bannon, who attempted to launch a far-right movement in Europe. Bannon planned to work with Hungary’s Government in the run-up to the 2019 European Elections. That year, Orbán stated that his ambition was to “re-Christianise Europe”.

Other British right-wing personalities have also praised Orbán’s regime, seemingly willing to overlook its assaults on democracy in Hungary. In 2019, influential Conservative Tim Montgomerie called for the UK and Hungary to have a “special relationship” and praised the Hungarian Government’s thinking on the “limits of liberalism”.

KESMA’s chilling effect on public discourse goes beyond the closure of media outlets. It is accused of allowing the Government to get away with discriminatory practices and policies. This has had a specific impact on the already marginalised Roma and LGBTIQ communities.

Jonathan Lee, advocacy and communications officer at the European Roma Rights Centre, told Byline Times that Hungary is “the bad boy of Europe” and that the Roma community has experienced an “almost total segregation” from public services which has increased under the Orbán Government.

A lack of independent media allows anti-Roma and LGTBQ rhetoric to go unchecked.

Lee said the attacks on Roma people are “distraction, tactical politics” and is concerned the increasing hostility towards the community has parallels with a right-wing terrorist attack in 2008, which left eight Roma people dead and injured dozens more.

Johanna Majercsik, board member and communications officer at Budapest Pride, said that Government control of the media – sanctioned by the creation of KESMA – has changed the way LGBTIQ people are talked about in Hungary, leading to a rise in bigotry and discrimination against the community.

“It is not only the Prime Minister who speaks in such an offensive way about the LGBTIQ community: in 2019, László Kövér, Speaker of the National Assembly, classified the members of the community as second-class citizens,” she told Byline Times. “In addition, regarding adoption and rainbow families in general, he compared LGBTQ people to paedophiles. The saddest part is that this is all embedded in the framework of the protection of the Christian family.”

The silencing of opposition media and the dominance of KESMA means that there is no counter to this narrative. Majercsik said that, as a result of political hostility, many LGBTQ people are planning to leave the country. 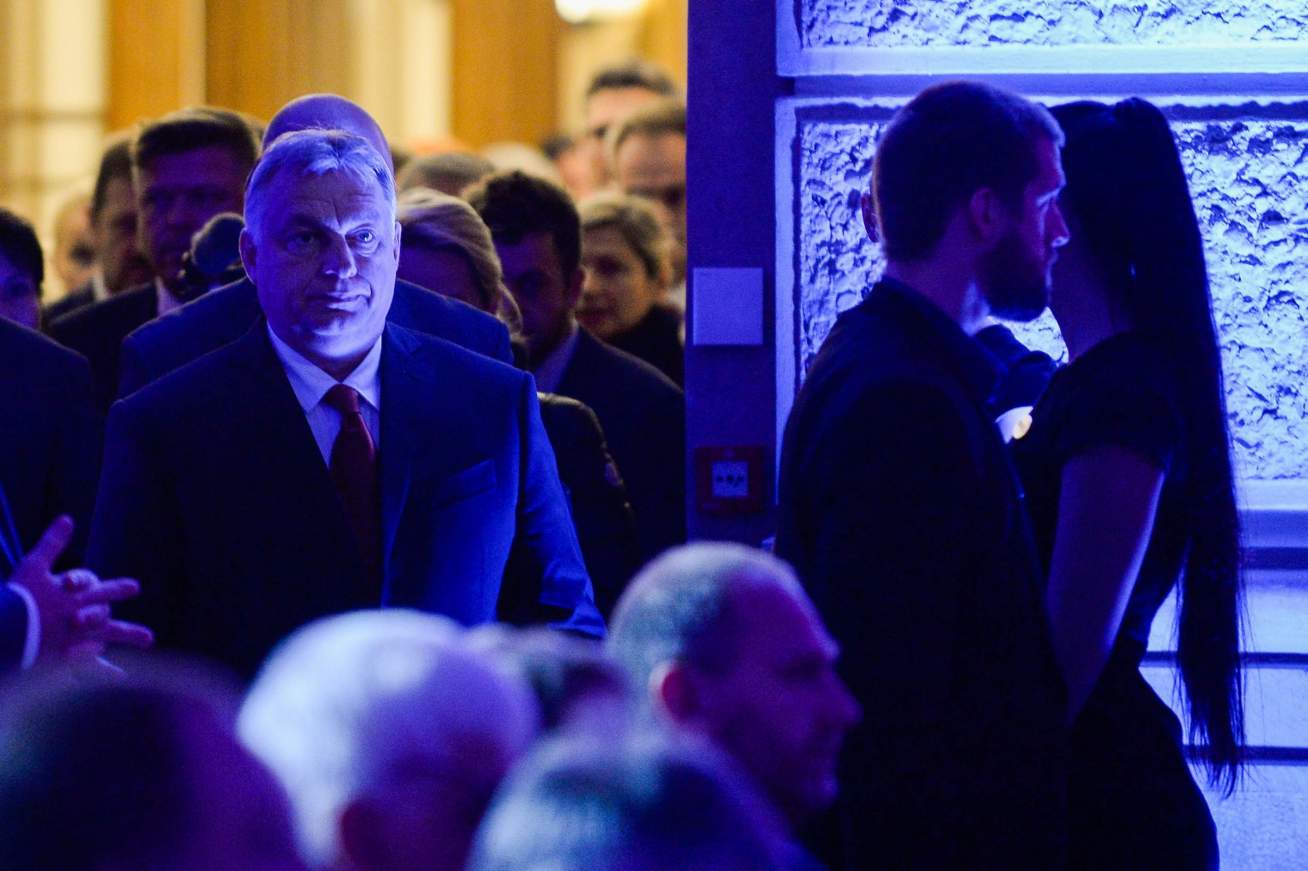 Last March, Viktor Orbán introduced sweeping new powers that allowed him to rule by decree and tighten his control over the country’s media.

The new law criminalised the spreading of misinformation deemed to undermine the fight against COVID-19, with fines and up to five years in prison. But critics see the law as an attempt to clampdown on any dissent.

The International Press Institute’s deputy director Scott Griffe believes it is “another tool in Orbán’s arsenal for silencing what remains of the country’s independent press”.

Last month, a letter sent to the European Commission highlighted the fate of Klubrádió and urged it to act on several complaints that the Hungarian Government has violated EU state aid rules as a means to undermine media pluralism. The letter’s authors raised serious concerns that the European Commission has not acted on two state aid complaints lodged in 2018 and 2016.

The European Commission’s failure to act on these complaints, the letter noted, “allows for the further decimation of independent media in the country”.

A Commission spokesperson said that it is still assessing the two state aid complaints and has raised concerns about the situation in Hungary on several occasions in a number of different forums: “Media must be able to work freely and independently everywhere in the European Union, this lies at the heart of media pluralism and any democratic system.”